On this two-day trip you’ll venture into China’s countryside, far from modern Beijing, where Ming Dynasty-era temples, castles, and city walls still stand and the old folk traditions handed down by generations of master artisans are still active. Escape the bustle of Beijing and see Chinese culture in an original setting.

Learn from the masters

On our trips to Nuanquanzhen we’ve got to know the last two of Yu County’s lantern-making masters: Master Dong, and Master Yang.

If you’ve visited Yu County with us during Chinese New Year you would have seen displays of colourful and pretty lanterns lining several of the streets. Now you know who was responsible!

The skill to make lanterns in the traditional way has been handed down from generation to generation. Masters Dong and Yang are yet to find apprentices to continue the craft—lantern-making is no longer a big enough earner to support a family, an issue that affects the preservation of many traditional Chinese folk arts. You can be their apprentice for an afternoon!

Master Dong specialises in flower lanterns, and will show you how it's done during a two-hour workshop for you on the first day of the trip.

Master Yang specialises in animal lanterns, concentrating on the animals of the Chinese zodiac and the ‘Five Poisonous Animals’. On the second day of the trip we’ll visit Master Yang for our second two-hour session of hands-on handcrafting.

During each of the workshops you’ll be shown how the lanterns are made in the traditional style—paper plastered over a straw or bamboo frame, and painted.

With guidance from the masters and interpretation from our guides, you’ll make your own lanterns to bring home with you. 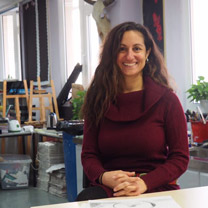 Allison Cusato joins us from the state of Virginia in the U.S. where she taught primary Art for seven years and secondary Art for three. She moved to Beijing in 2017 and now has two years of teaching secondary Art in an International School in Beijing to add to her resume. She enjoys printmaking, painting and photography for her own practice. Art, teaching and hiking are her biggest passions and she is excited to share all of them with the Beijing Hikers. 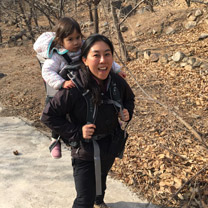 Sun Huijie is a native Beijinger. She has studied painting since she was young and is a graduate of the Fine Arts College of Tsinghua University. Huijie is passionate about Chinese art and culture as well as traditional handicrafts. She loves photography while hiking and travelling. Huijie is the General Manager of Beijing Hikers, an experienced bilingual hiking guide, and the proud mother of her daughter Hayley.

Yu County sits on the old route between central China and Beijing. On an open plain between mountains, the towns and villages were fortified with thick walls to protect residents from bandits and raiders. In the general area, there were more than 800 fortified towns and villages.

We’ll show you the historical highlights of the area, with walking tours of Nuanquanzhen and the old area of Yuxian. We love visiting Nuanquanzhen and Yuxian because it feels a lot like being in 70s/80s-era Beijing.

Nuanquanzhen is notable for a site named Xigubao, the West Castle. The castle was around 67,000 square metres in size and surrounded by high walls of rammed earth. Key parts of the walls were strengthened with brick, and the structure followed a defensive pattern known as The Urn, whereby attacking enemies could be trapped between inner and outer gates ‘like turtles in an urn.’

We’ll do a walking tour of Nuanquanzhen, including a visit to the West Castle, the Taoist Temple, and other sites that are old and interesting. Our accommodation is also in Nuanquanzhen, and you’ll be free to go out for a stroll after dinner on the first day.

There has been a town at Yuxian since the Southern and Northern Dynasties period (386-589), with the area at the time being under the control of the Northern Zhou Dynasty (557-581). The ancient city was rebuilt in 1377, during the Ming Dynasty, and a lot of that construction remains and is well-preserved—some say it’s the best-preserved ancient city near Beijing.

The key sights in Yuxian Ancient City are the Jade Emperor Pavilion, the Nan’an Pagoda (Liao Dynasty, 907-1125), and the Buddha temple.

We’ll visit the Jade Emperor Pavilion on the afternoon of the second day, and will walk through the streets and lanes of Yuxian’s old town, heading for the big gate in the old city walls and taking a look at the pagoda and Buddha temple.

On this trip we’ll overnight in a two-level boutique courtyard guesthouse. Each room at the hotel has a private shower and bathroom, and towels and bedding are provided. Beds are ‘kang’–style—a brick platform bed with a padded mattress.

The guesthouse is right in Nuanquanzhen, perfectly placed for our tours of the historical sites, and within a short walk of where we’ll be doing the two craft workshops.

Extra information about the trip

We’ll stay in a two-level boutique courtyard guesthouse on this trip. Each room at the hotel has a private shower and bathroom, and towels and bedding are provided. Beds are ‘kang’–style—a brick platform bed with a padded mattress.

You’ll be sharing a room with another hiker. If you’d like a guesthouse/hotel room to yourself for the trip, it can be arranged at an extra cost, if rooms are available—usually not a problem!

Main meals and drinks, plus water to drink during the walks, are included in the price of the trip.

Our meals will be at restaurants in the areas we visit, or at the guesthouse. Bring some snacks and some spending money to buy extras.

We’ll be using our regular pick up locations at the Liangmaqiao Subway area and the Starbucks at the Lido Metropark Hotel. Follow the link for details.

See details, maps, and photos of the pick up locations

For overnight trips and special activities we require payment in advance. We’ll contact you to arrange that payment when we receive your booking.