The Changyucheng Walled Village was a Ming Dynasty outpost and barracks used as a base for the soldiers guarding the nearby Great Wall. Some of the old village walls are still intact, and there are some good hiking trails in the hills above the village that lead up to the Great Wall.

Another fun thing in the village is their amateur opera performance troupe, formed by an elderly resident who used to be a pro back in the day. Every now and again we ask them to organise a performance for us in the town temple – quite a fun show!

After arriving at the village we set out on a hike, following a trail into the hills and passing a small reservoir. From there, a paved path through the forest took us up to the border of Beijing and Hebei Province. After investigating an old Great Wall tower on the ridge, we followed a hill trail back down to the reservoir, and then back to the village for a big meal.

After the meal, it was time for the performance! The performers were still getting set up, and we were able to take a peek backstage as they applied makeup and got dressed up for the show. Very interesting! 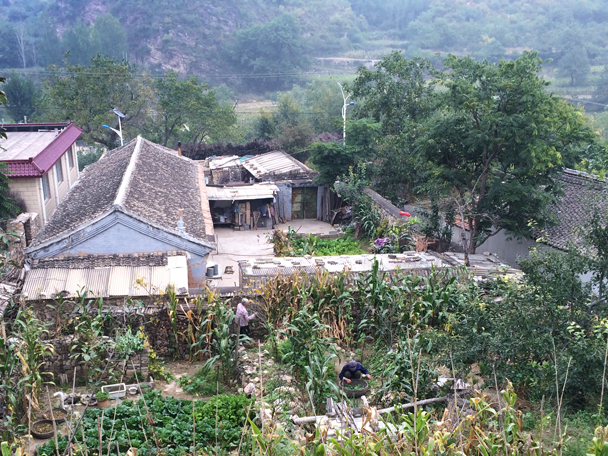 A shot of the backyard vegetable gardens in the village. 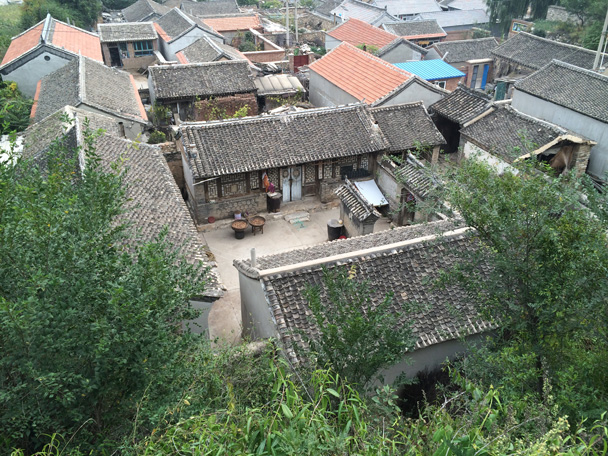 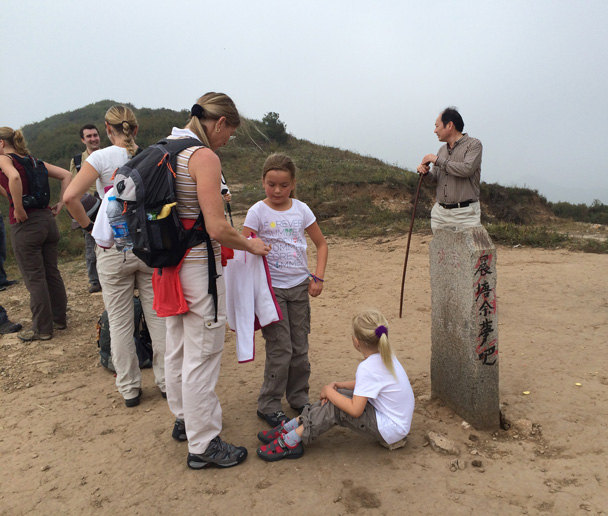 Taking a break by the Beijing-Hebei border. 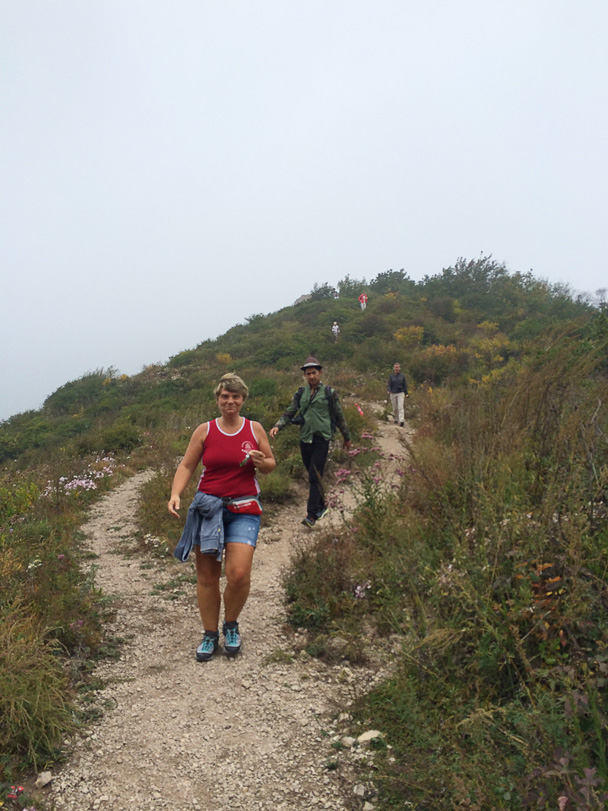 Coming down the hill after taking a look at the Great Wall tower. 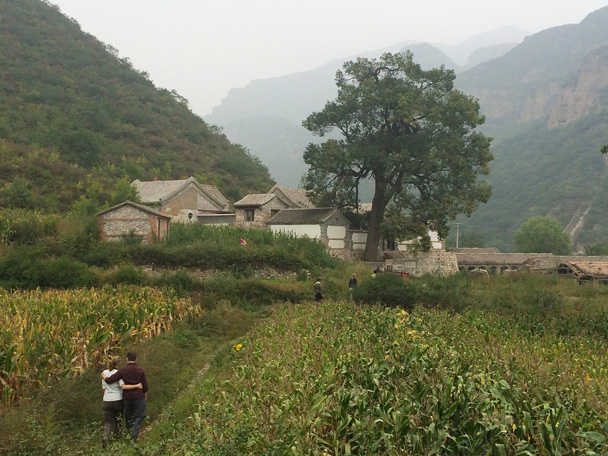 We walked up to the temple and the big tree. The performance took place in the main courtyard of the temple. 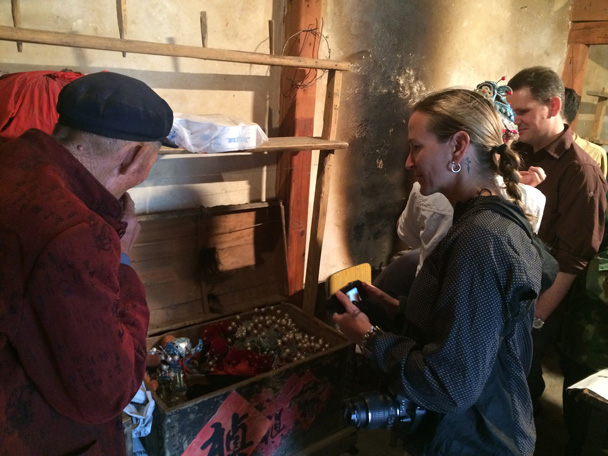 Backstage at the temple. 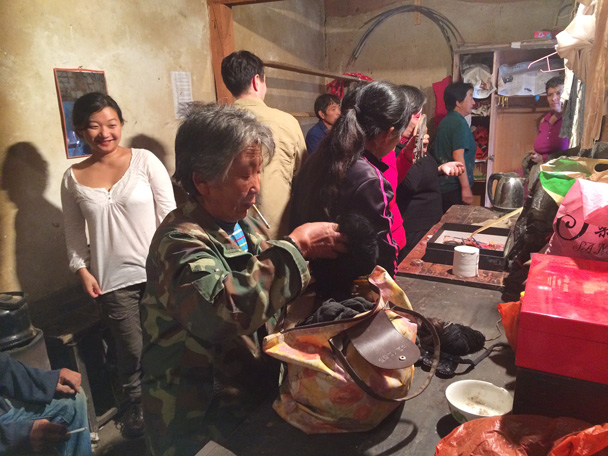 Here's where they keep all the clothing and makeup. 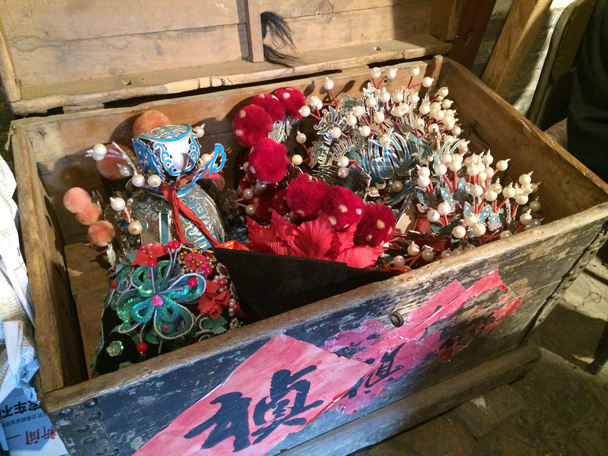 A box of hats. 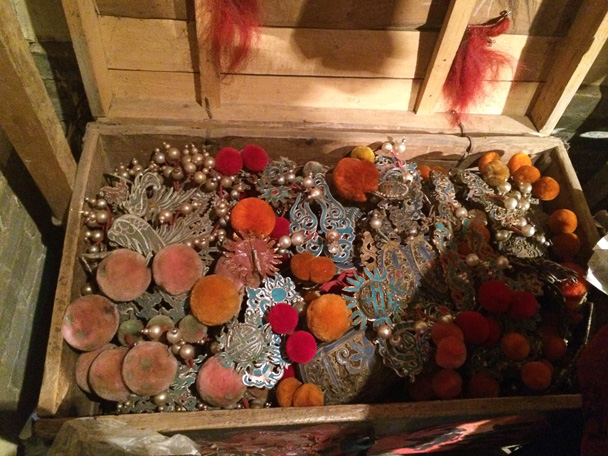 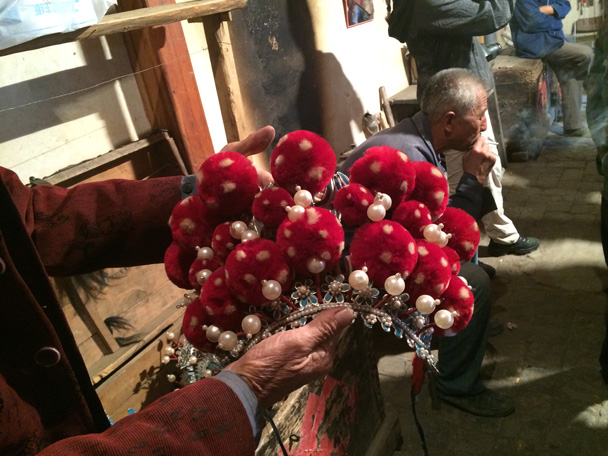 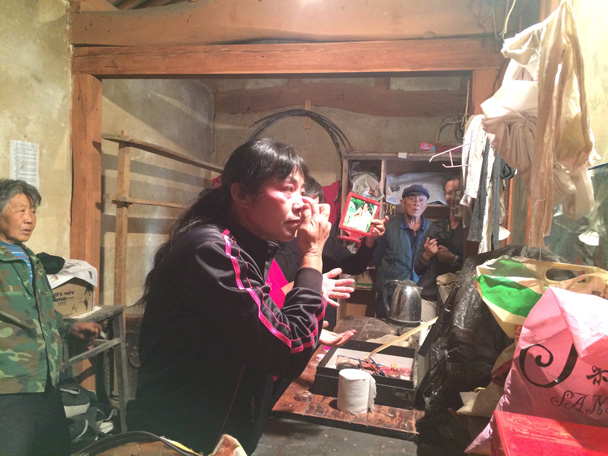 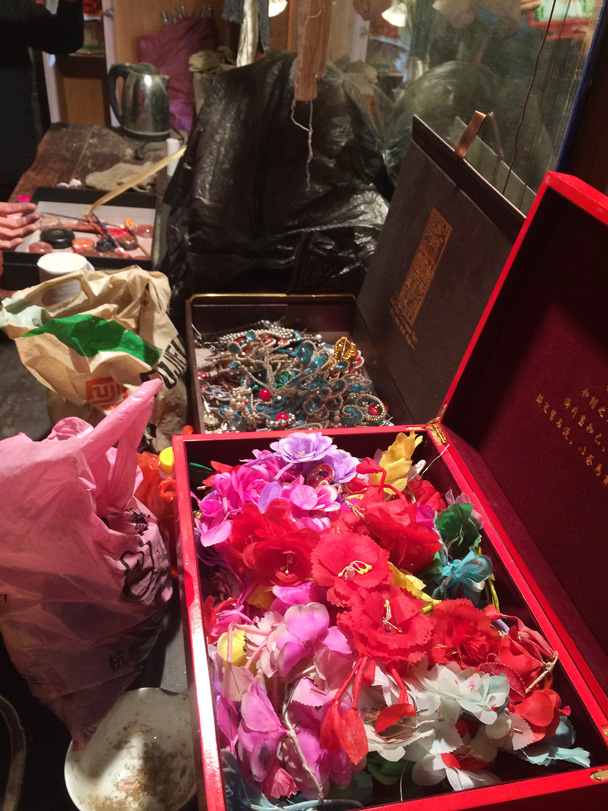 More of the jewellery. 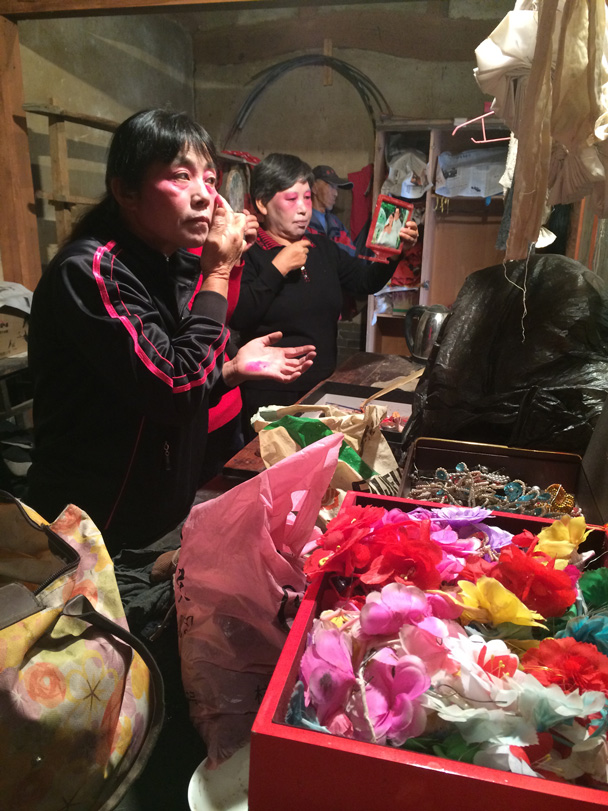 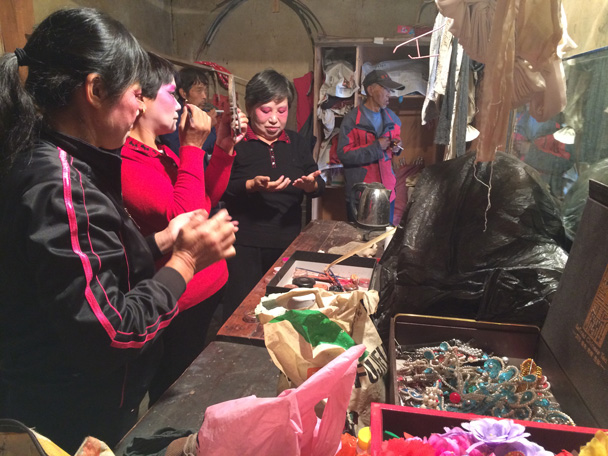 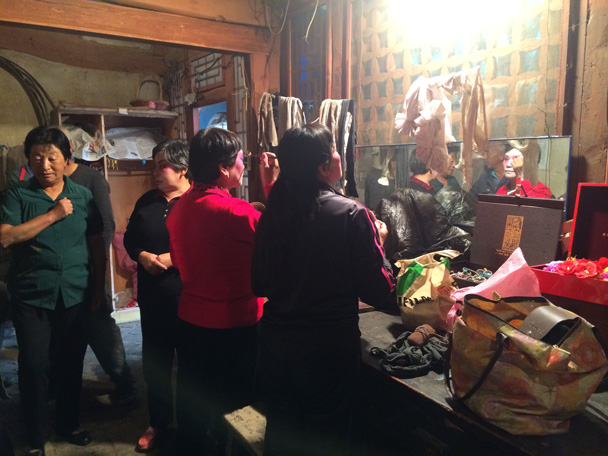 The final touches are applied. 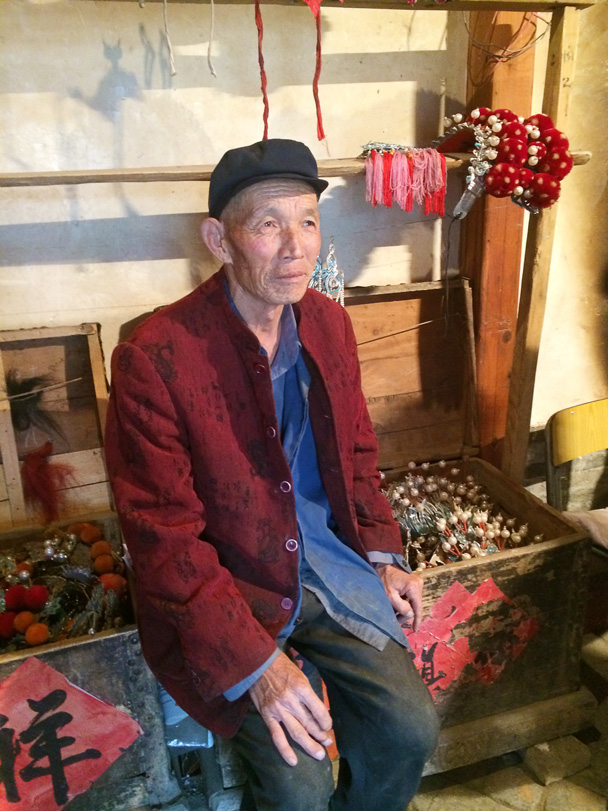 The equipment caretaker was keeping an eye on proceedings. 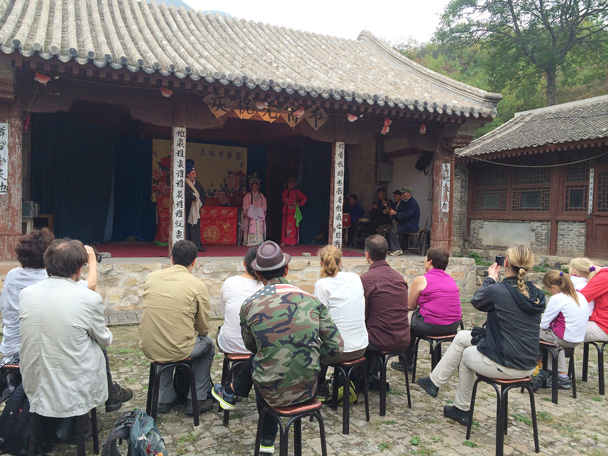 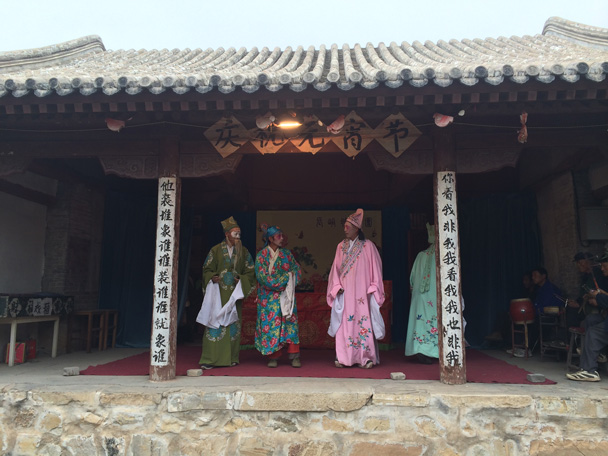 On stage in the temple. 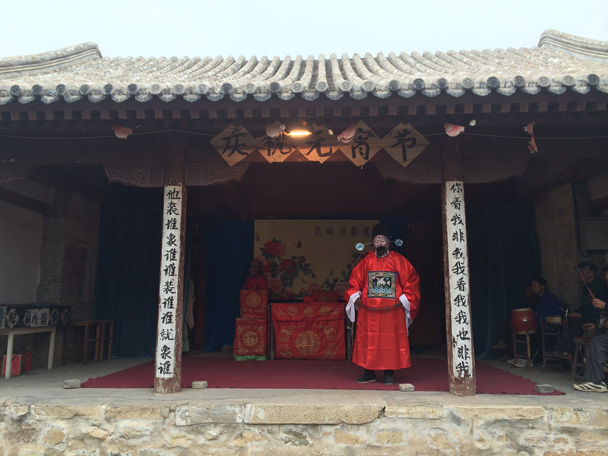 Another of the characters in the story. 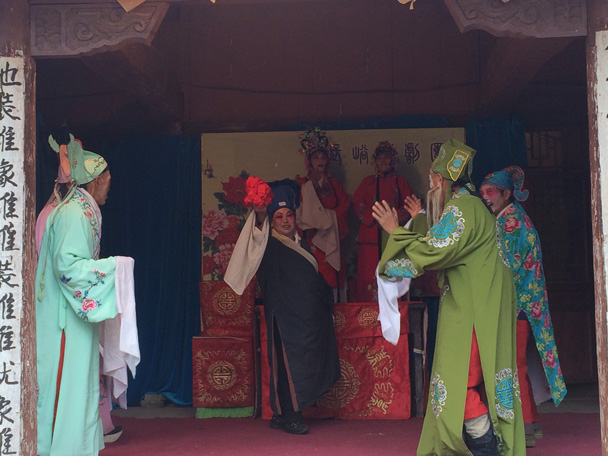 In typical performances, there are several main types of male characters – the handsome young man, the military leader, and the clown 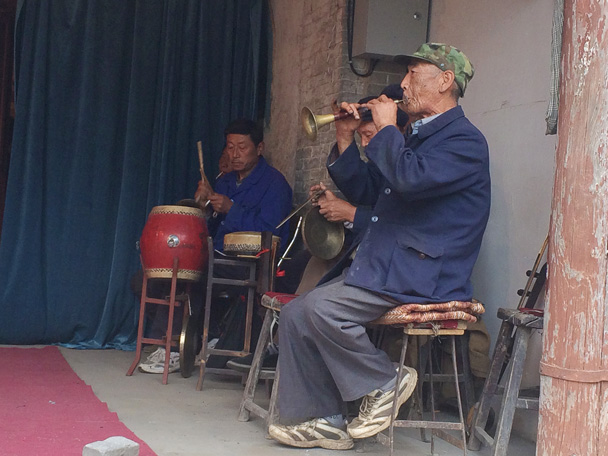 A small traditional orchestra provides music for the performance. 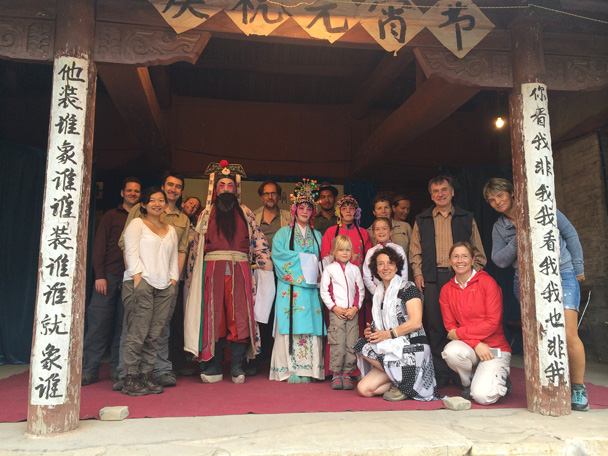 A pose with the performers!