The Cypress Wells Canyon hike follows an old track through a canyon and into a broad and flat area in the midst of the hills. There is an old village hidden in there, uninhabited for a few years now.

We hiked up the long track into the village and had a look about the old houses. A few years ago there were still a pair of brothers living in the village, but it looks like no one has been in there for a while now. Previously there were plans to make the canyon and valley into a park area, but that didn’t work out.

From the village we walked through a pine forest and up to an old stretch of Great Wall, then down and out a steep track below tall cliffs. On the way down we were saying that it would be tough to have to climb up the trail, and we almost had to when we found that the last section had been quarried.

On the way back to Beijing we stopped for a look at the old part of Yongning Town, strolling the streets … and shopping for some fresh tofu! 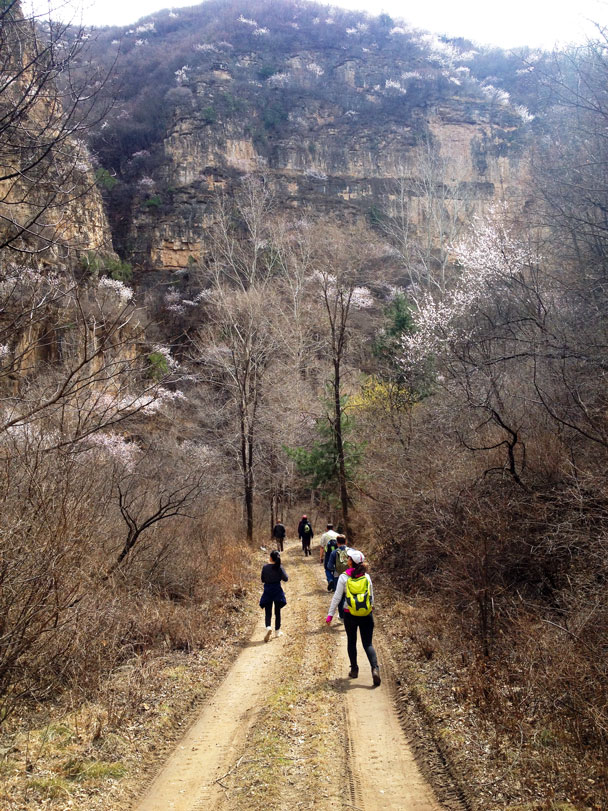 The track through the canyon and up to the village. 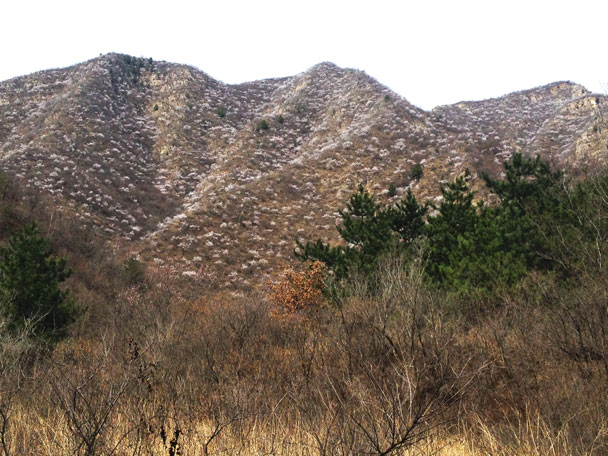 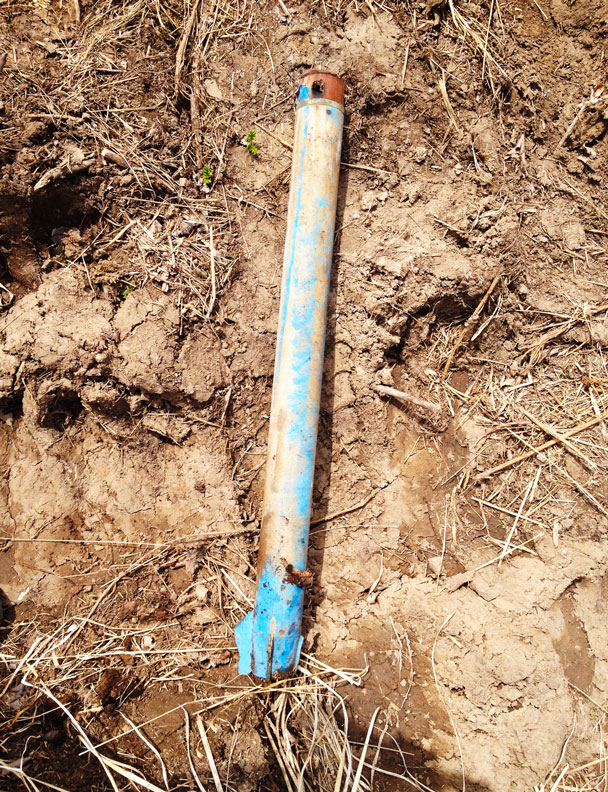 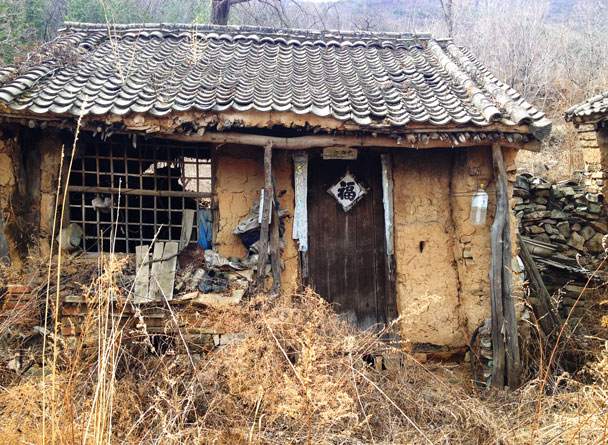 We investigated a few of the old courtyards. 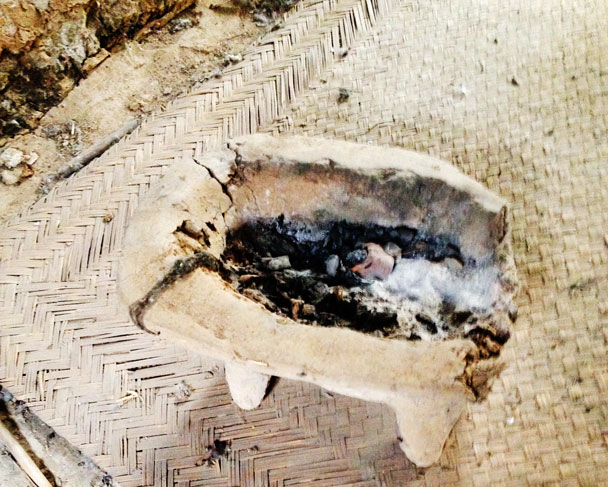 A brazier inside one of the old houses – looks like it might have been used during winter. 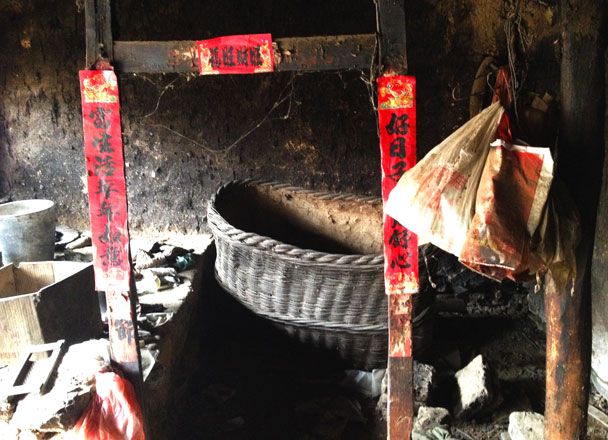 A big basket inside one of the old houses. 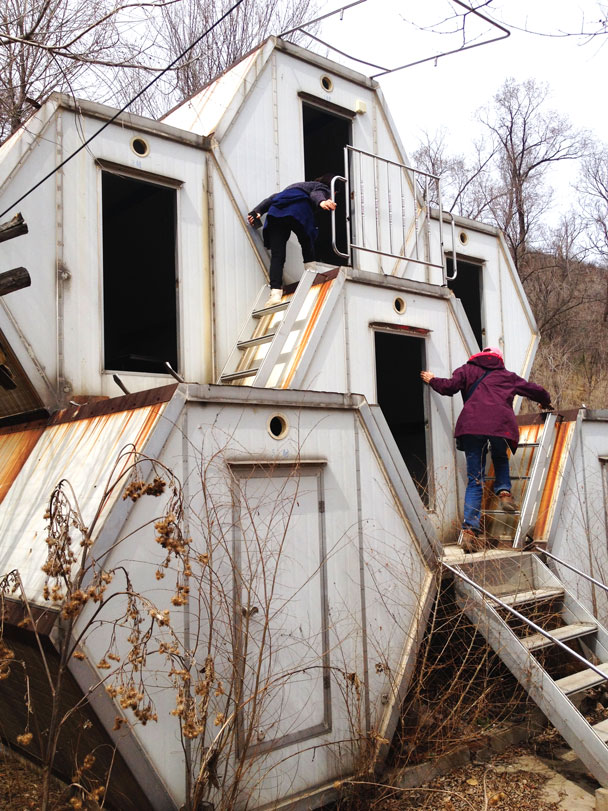 We also investigated this strange dormitory – probably built when they were thinking about trying to attract visitors. 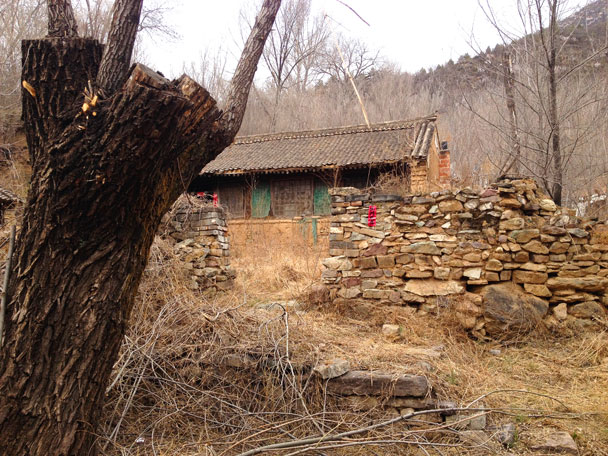 Another one of the old houses. 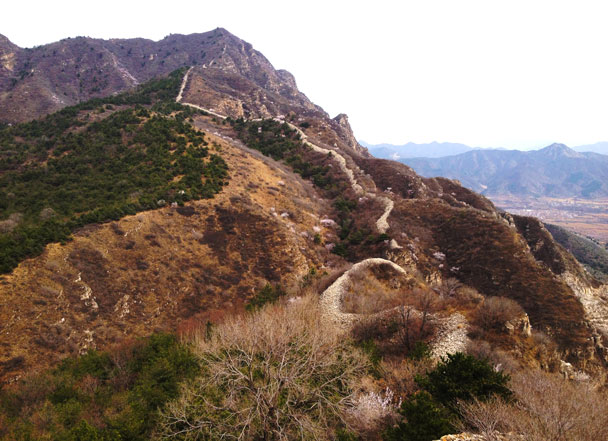 After hiking through the pine forest we came to these tall bluffs. You can see the line of old wall on the ridge. 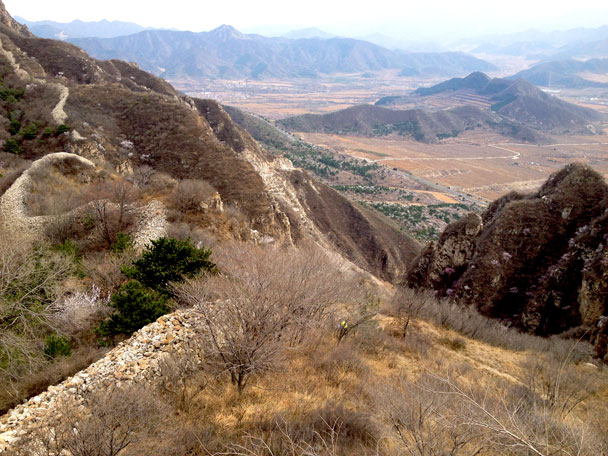 We’d finish the hike at the road, far below. 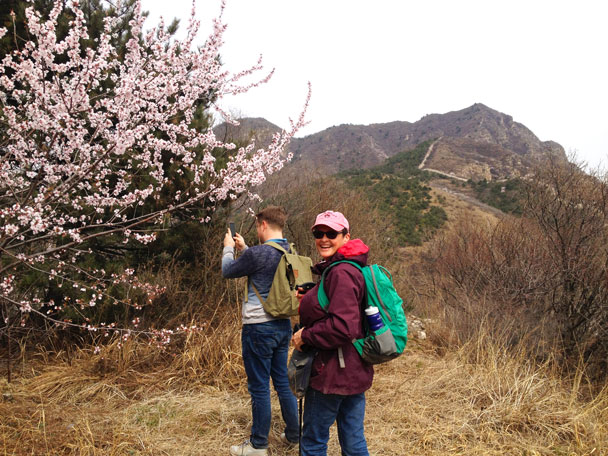 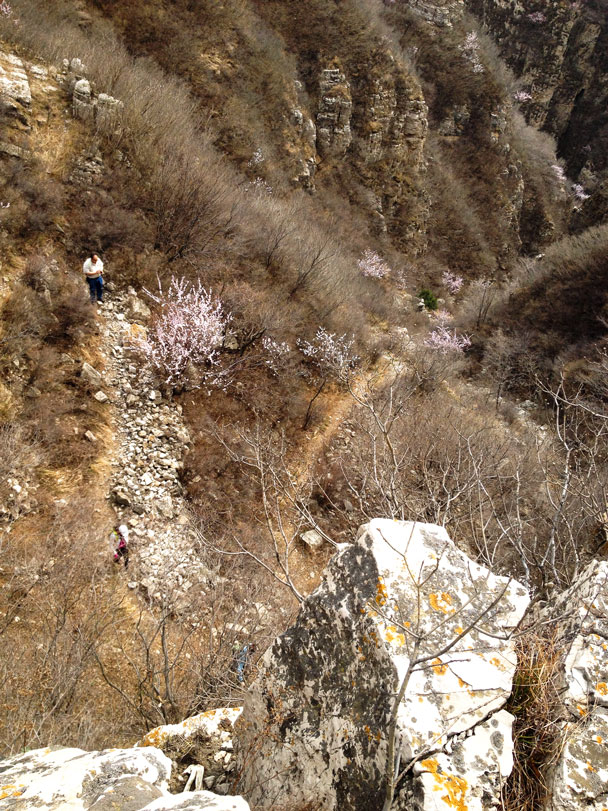 The steep and narrow track down. 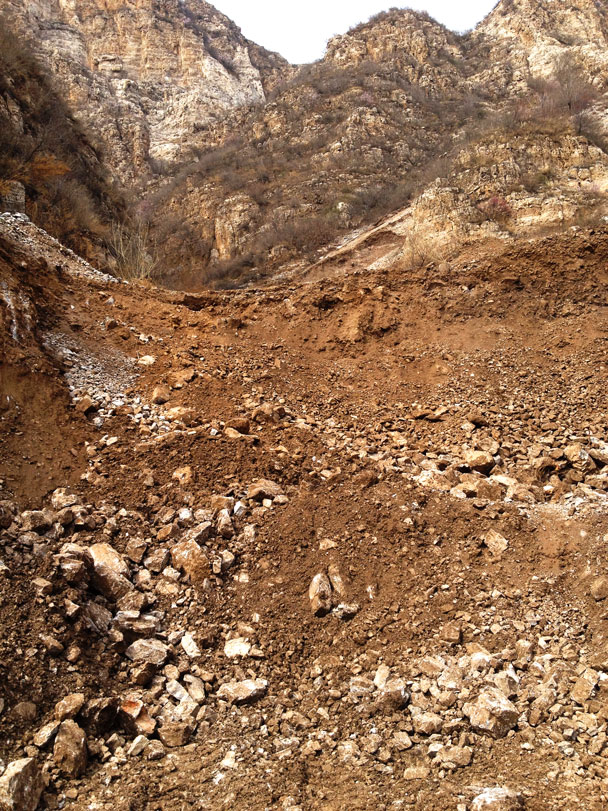 We had to slide down here to finish. There used to be a nice path, but someone dug it all out. 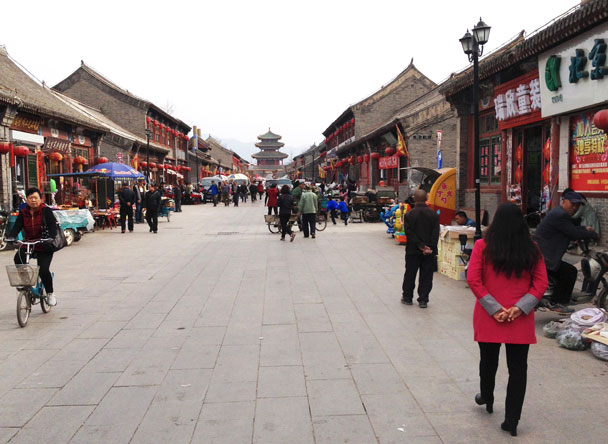