For various reasons we hadn’t hiked on the west side of Gubeikou for quite a while.

One of those reasons was that the hike was too short!

Over winter we went out a few times to scout out new trails, and the result of the scouting was the Gubeikou West Circuit trail, a new version of our hikes in the area that gives a good 14km hike with a lot of great views.

We start off with a ridgeline walk that passes a few standalone towers – some from the Ming Dynasty era, and one that looks suspiciously modern.

The ridgeline track took us into some farmland that belongs to a riverside village.

We hiked through the village and over the bridge, and then began the tough part of the hike – a steep climb up the Great Wall.

The wall in this area is interesting because in some places it runs along cliff tops that are so steep there’s surely no need for a wall there, plus there’s a mix of Ming Dynasty (1368-1644) wall and some older wall from the Northern Qi period (550-577). Parts of the Ming Dynasty wall were built on top of the Northern Qi wall, but other parts of the Ming wall branch off along different ridgelines – perhaps some difference in opinions on the best way to build a wall. 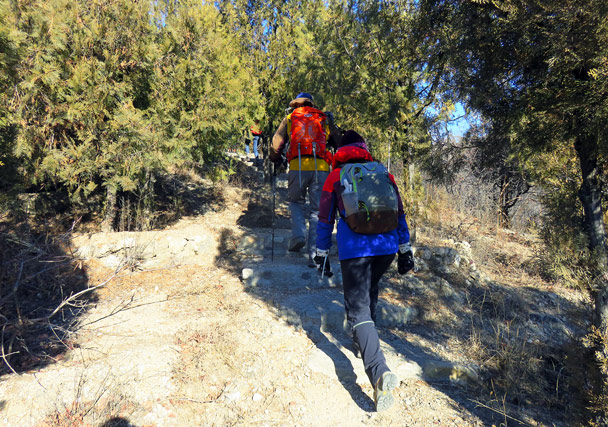 Steps lead up to the top of the hill. 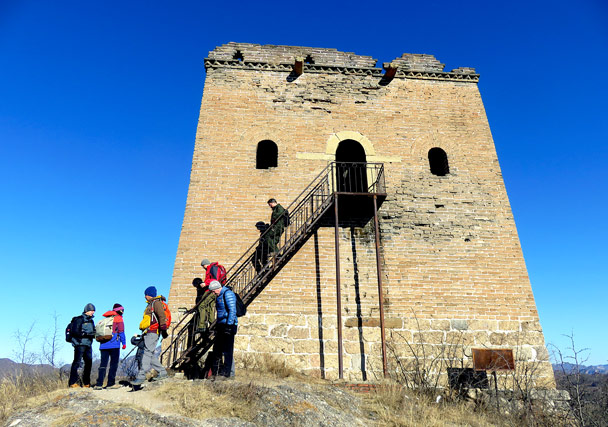 Taking a break to explore the tower. 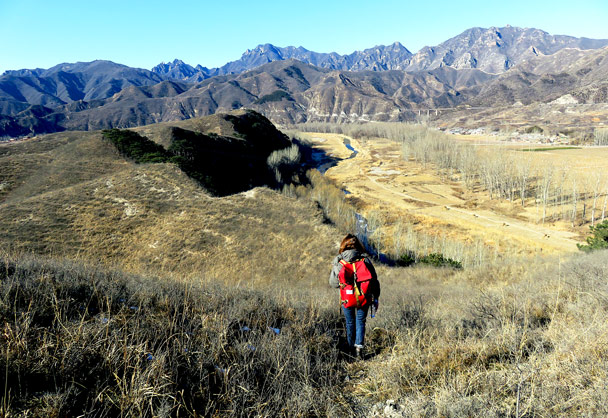 The first part of the hike is along this ridge, which gives great views of the countryside. 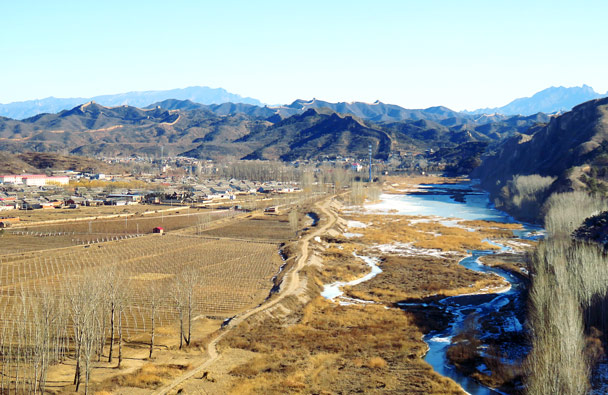 Fields by the river, with the Gubeikou Great Wall in the background. 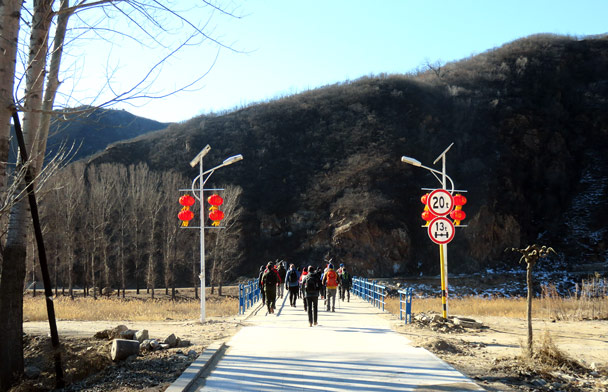 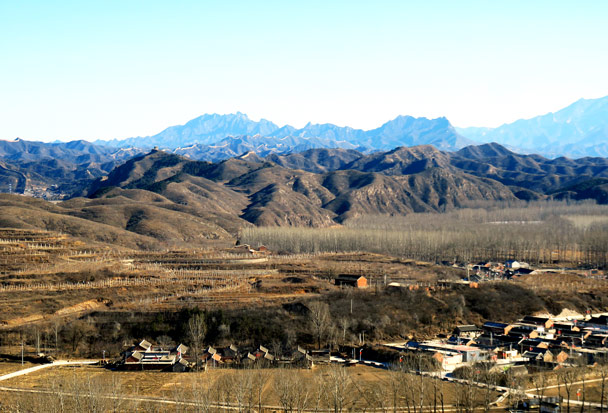 There’s a lot of Great Wall in this photo, and with the air nice and clear we could see all the way to Simatai. 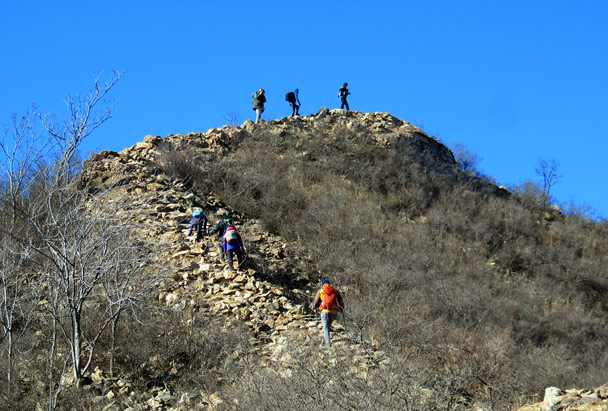 A steep climb up the stony and rocky Northern Qi section of wall. 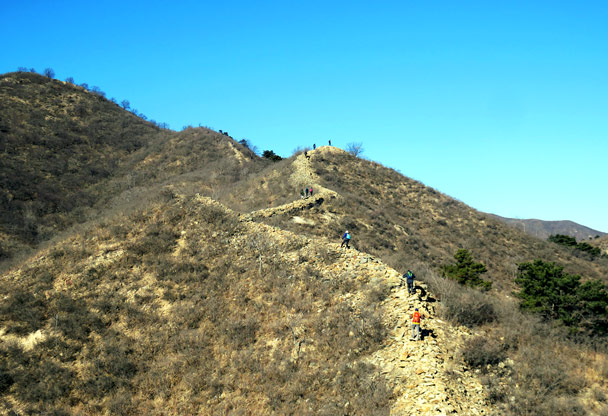 It’s a fairly long way to the top … 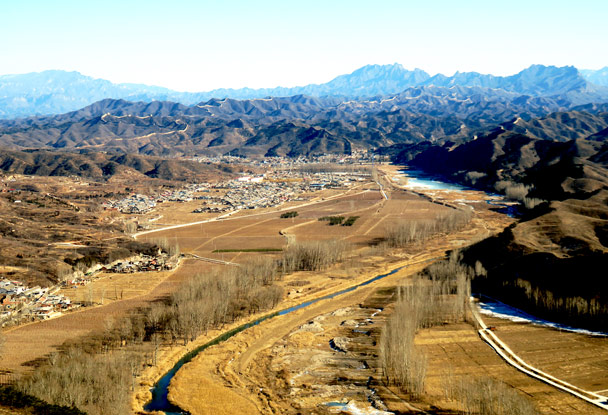 ... but the view is very much worth it. The wall in the near hills is Gubeikou; in the middle distance it’s Jinshanling; and the big ridge at the top right of the photo is Simatai. 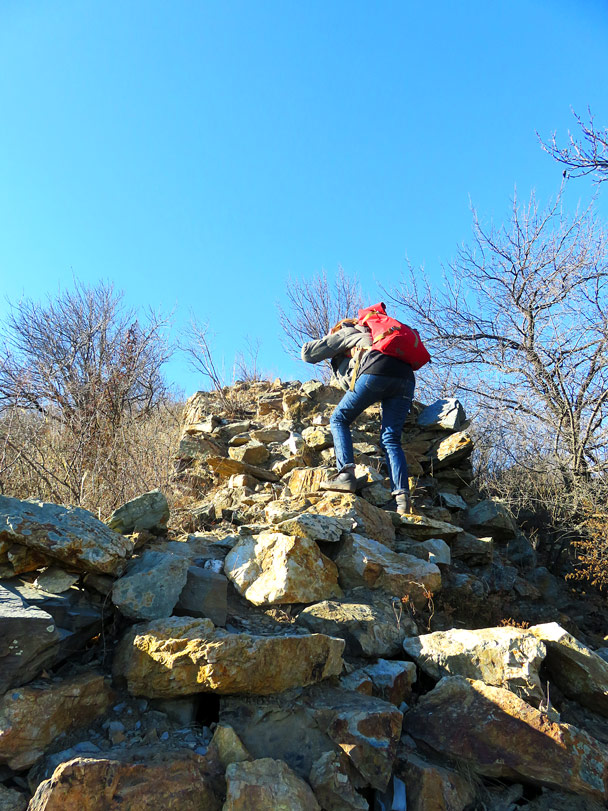 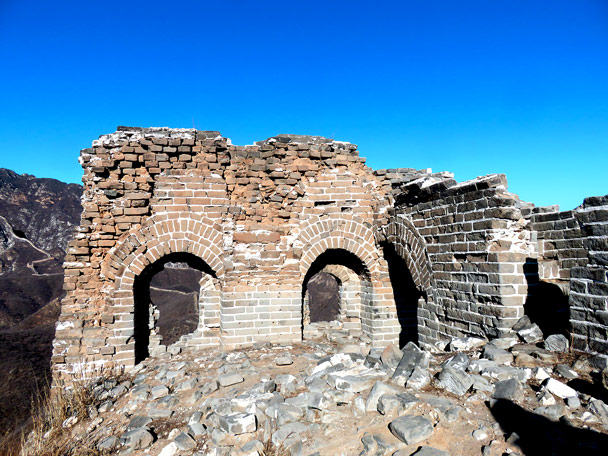 ... and we arrive at a Ming Dynasty watch tower. This is where the Ming and Northern Qi walls join up. 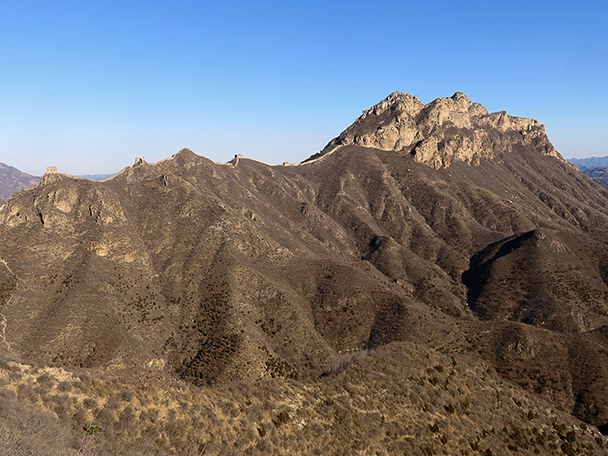 A view of the towers of the Wohushan Great Wall and the big cliffs. 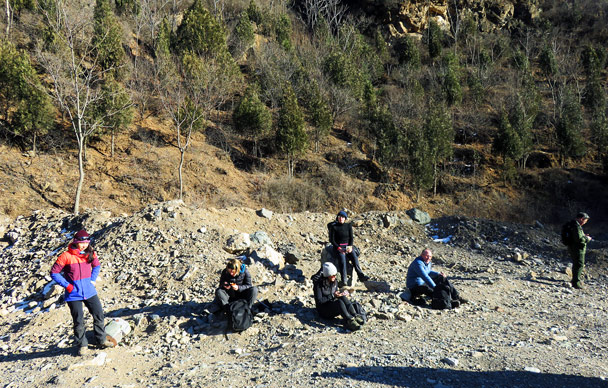 The hikers take a short rest in the valley in a nice sunny spot. 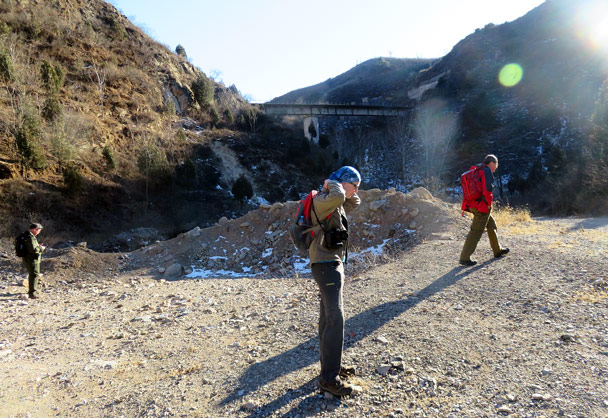 We hiked out beneath the railway bridge. 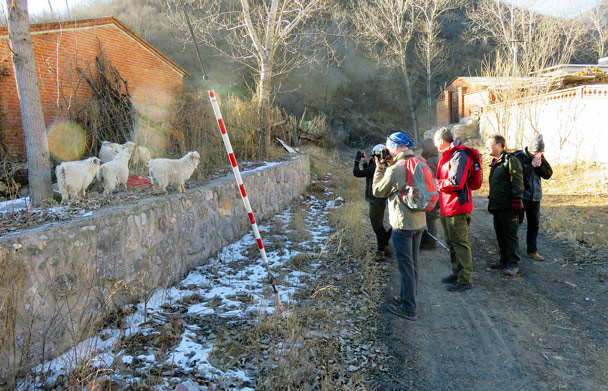 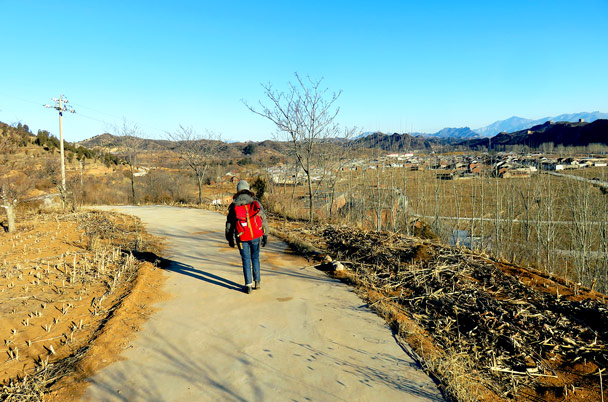 We followed a concrete path that took us up to the railway sidings and then up to another short stretch of Great Wall. 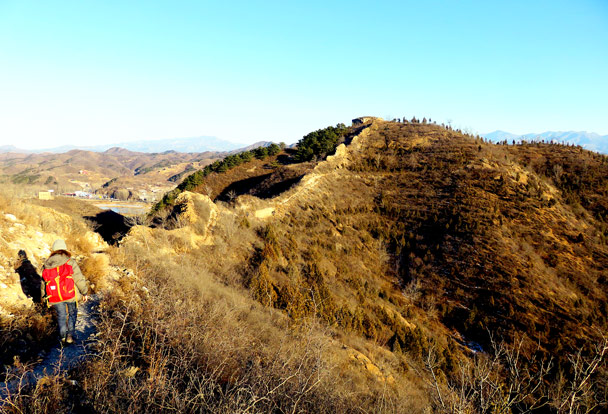 This part of the wall is very broken down, so we follow a path that leads alongside of it. 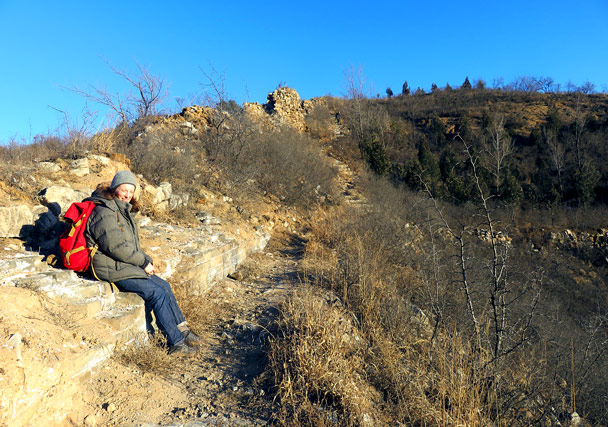 Take a seat and enjoy the view!