Our Auspicious Village is a nice long walk through the countryside, taking us through small villages and empty fields, following country lanes and hill trails.

It’s a good way to get a look at the lifestyle of the people in the rural areas of Beijing. In winter, not a lot goes on for rural residents – from the photos you can see that we saw quite a few animals about, but no people. They will have all been inside, staying warm! 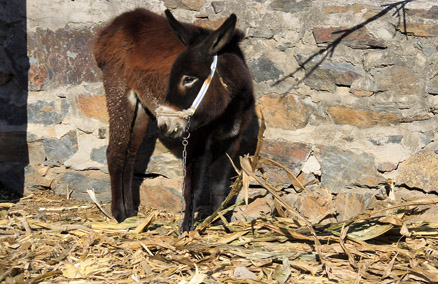 A baby donkey in one of the villages. 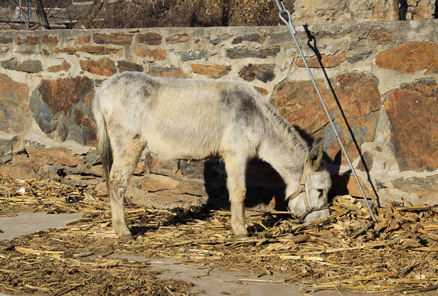 Another donkey … or is it a mule? 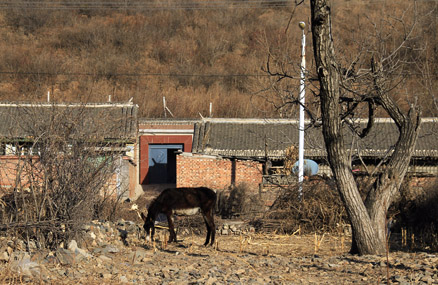 It’s common to see a lot of donkeys in the villages. They’re used to help with the fieldwork – pulling ploughs and trailers, carrying loads of firewood – and they’re sometimes used as a form of transport. 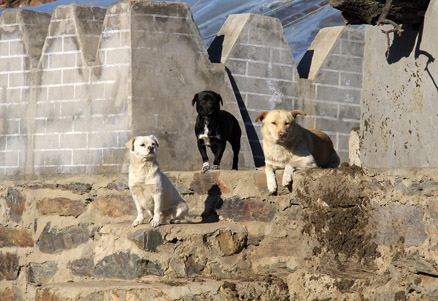 We see a lot of small dogs in the villages, and guess that they are there for companionship and as a cheap burglar alarm. 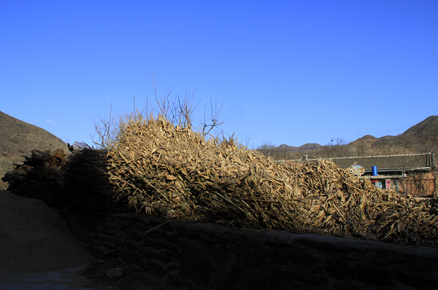 A load of corn stalks that will be used to heat houses over winter. 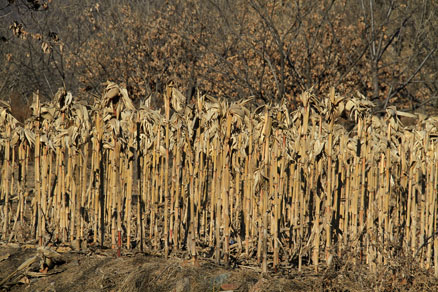 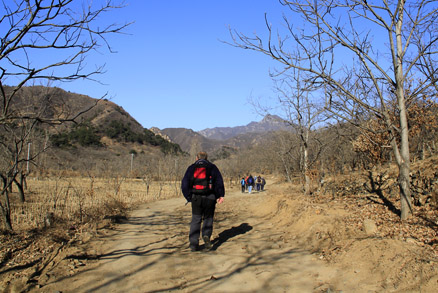 We followed country roads through the fields. 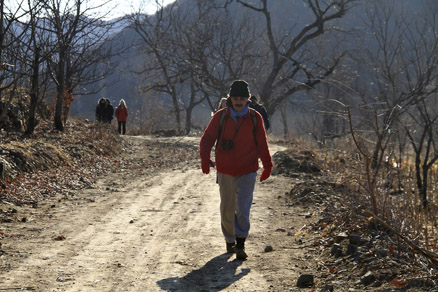 We followed this path up to the last of the fields in this valley, heading for a pass on the ridge. 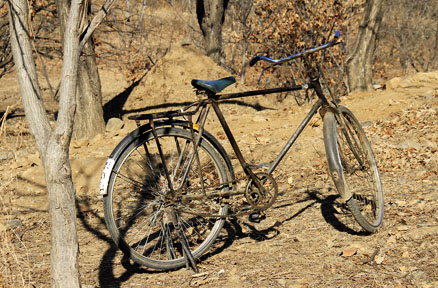 An old bike in the fields, another common method of transport in the countryside. 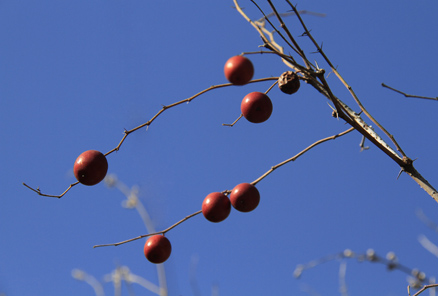 These berries are called jujubes, or, in Chinese, wild sour dates. Quite tasty, but sour indeed. 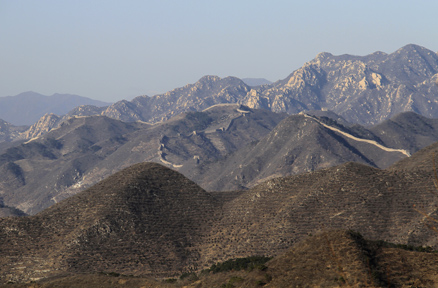 We were walking towards the Huanghuacheng Great Wall, seen in this photo on the ridgeline.

The trail led us through chestnut orchards. 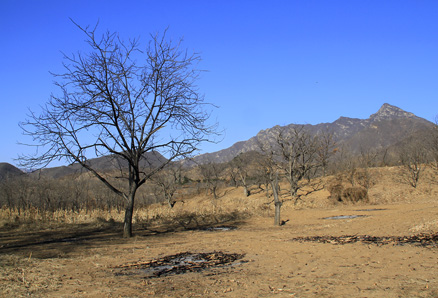 In summer, this field is green and lush; now, in winter, it’s bare, and you can see how dry the Beijing winter is. 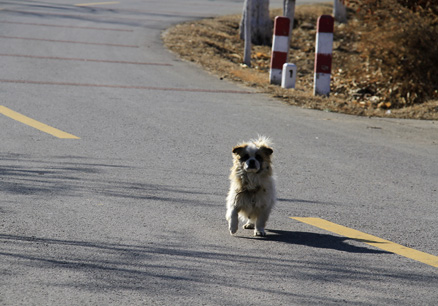 This old dog was out for a wander.