After a very scenic drive to the northern part of Yanqing County, we got off the bus and had a good, uphill hike to Shanghualou, the Flower Tower. The structure was a good example of the brick construction used on the Great Wall during the Ming Dynasty. After examining the tower, we set off along a much more dilapidated section of wall - probably originally built by the Yan State, with extra construction during successive dynasties (Qin, Han, and Ming). Steep scrambles up loose rubble and a cold, bracing wind made for challenging hiking along the sharp ridge upon which that section of Great Wall was built, but the views were spectacular!

We were far enough away from the city that we did not see any other hikers at all; it was a great escape from the daily grind. Finally, after we had followed the Wall along the ridge for a few kilometers, we descended into a valley. The trail wound its way down to fields and eventually came to a road that led through a village, and on to an ornamented archway where the bus was waiting. After enjoying snacks, hot tea, and cold beer, we made our back to the city. 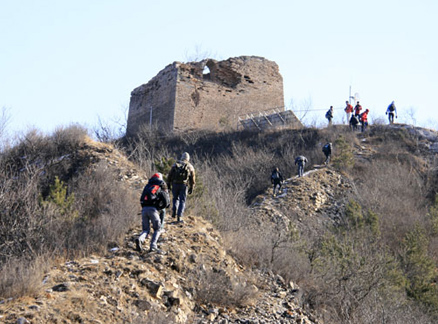 The Flower Tower, with solar panels alongside. 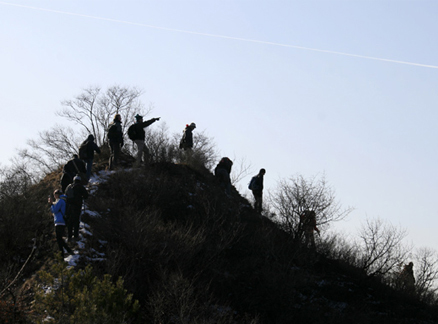 Getting over the hump. 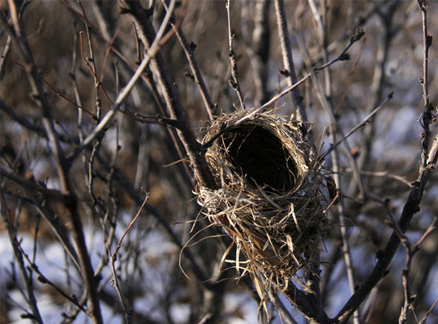 No one at home the day we visited. 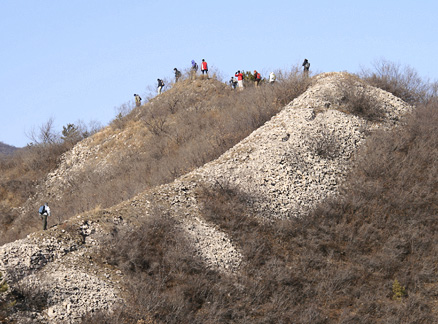 This particular section of the Great Wall was built with rock and stone, perhaps on top of even earlier wall construction. 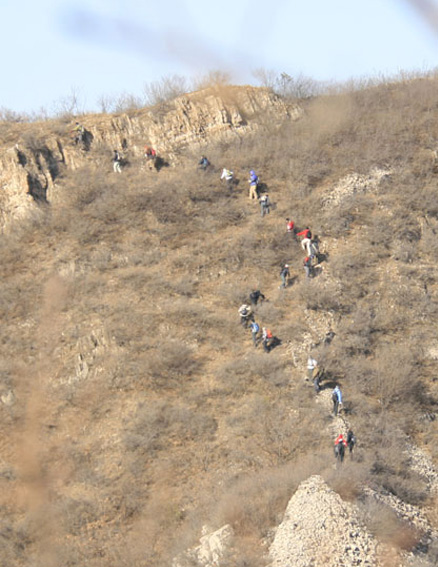 We made a detour around a dangerous spot. 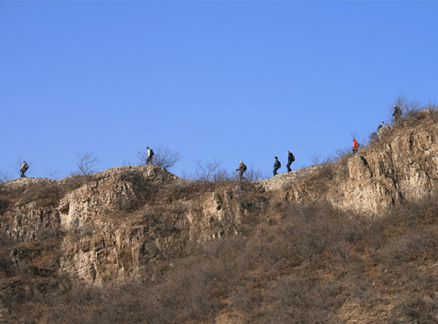 The trail led along a ridge. 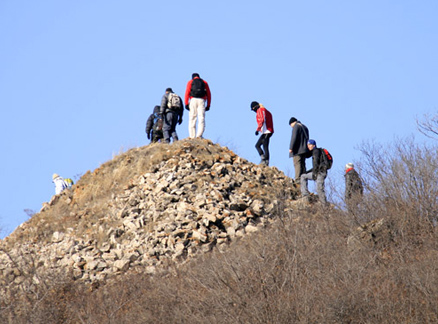 Back on to the wall. 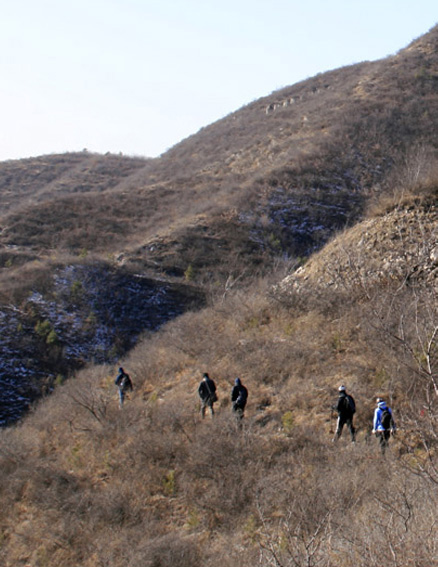 To finish the hike we followed a good trail down a valley, and then out through orchards, fields, and a village. 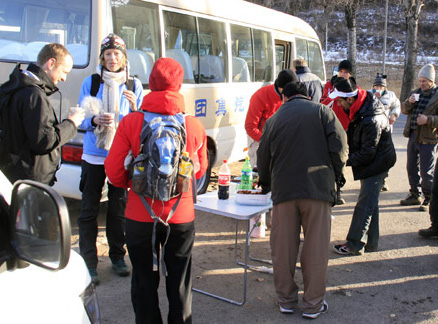 Temperatures were around 0° the whole day; ice wasn't required to keep the beer cold!