We headed northwest from the urban center of China’s capital for this hike, passing the Juyongguan, Shuiguan, and Badaling sections of the Great Wall on our way into Hebei Province. This section of the Great Wall sits on the border of Beijing Municipality and Hebei, not far from the Guanting Reservoir and the surrounding windfarms.

Starting from the floor of a long valley, we followed a trail up a ravine that feeds into it. The Great Wall is situated on top of a ridge at the head of the ravine. Reaching it, we started heading west. We had to climb along some narrow sections before we reached the General’s Tower, which commands a stunning panorama of the surrounding area.

After descending down the other side of the General’s Tower, we skirted around some of the more decrepit sections of the Great Wall along forest trails. Finally, we headed down into the village of Chenjiapu on the Hebei side of the border where we enjoyed a good meal and met our bus for the ride back to the city. 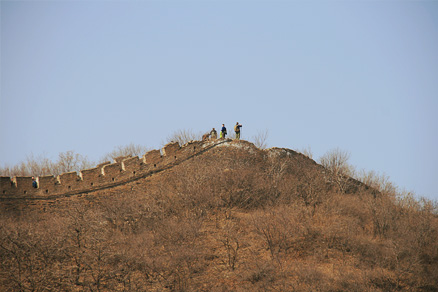 As with other sections of the Great Wall, this one sits on top of a ridge. 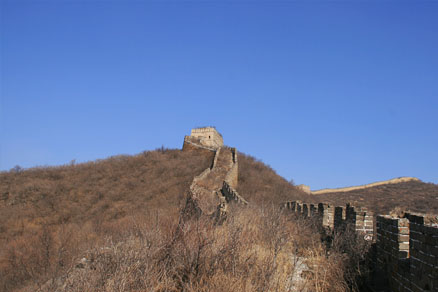 A hilltop tower along the Great Wall. 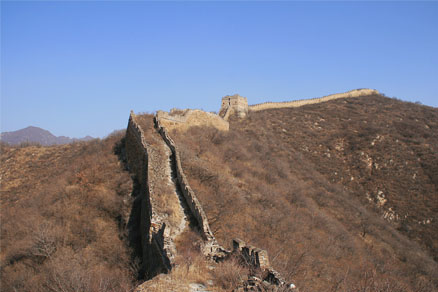 Although this section is unrestored, a well-worn path still makes its way along the top of the Great Wall. 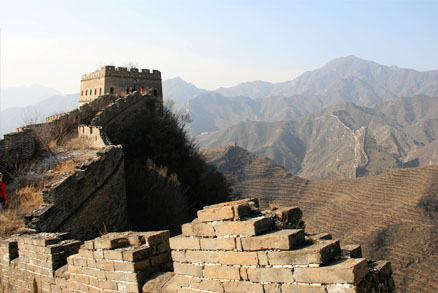 The stripes on the facing slope mark reforestation efforts aimed at soil conservation. They are terraces that were made for tree planting. 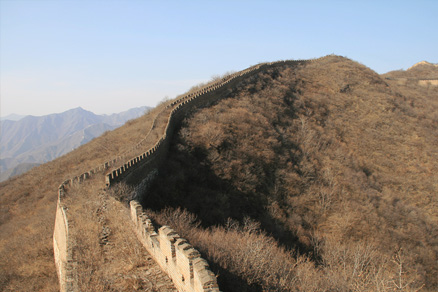 The Great Wall winds along the top of a ridge, covered in shrubs and bushes. 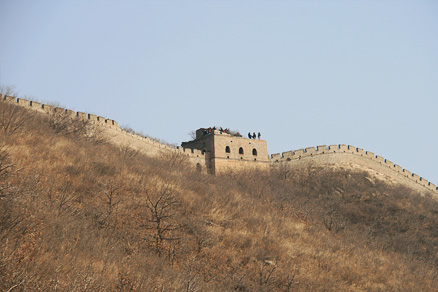 A door next to a tower provides access to the top of the Great Wall. 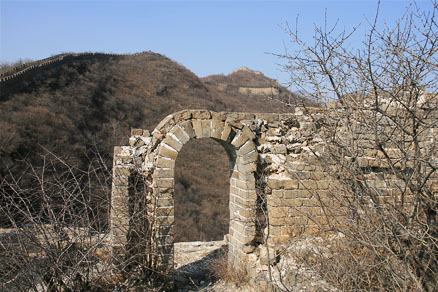 The second floor of this tower has all but crumbled. Only this doorway and the rest of the wall remain standing. 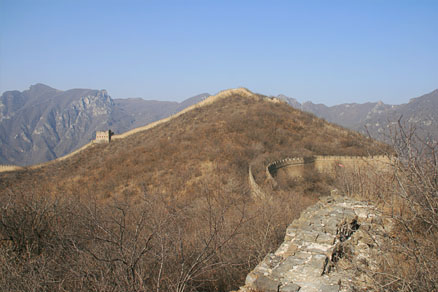 Where the Great Wall crests over the hill is a T-junction with another section that leads off towards the Chinese Knot, Jiankou, and Mutianyu. 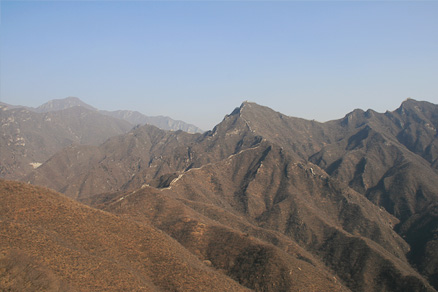 The Chinese Knot and Jiankou in the distance. 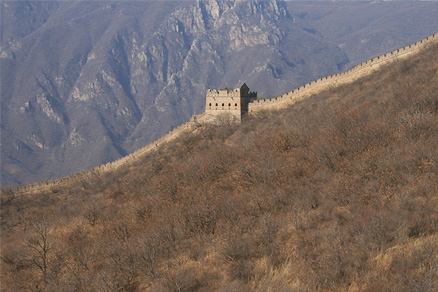 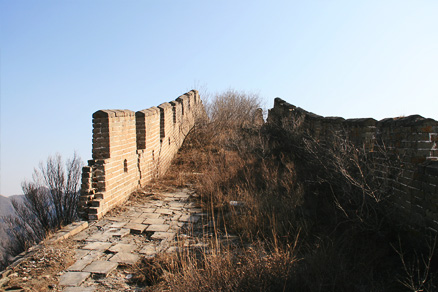 Over the centuries, dust and soil have blown on top of the Great Wall. Wind- and bird-borne seeds have sprouted and kept the soil in place. 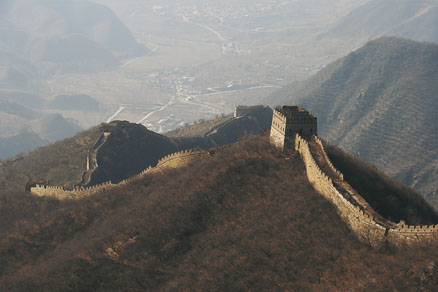 The Great Wall descends towards the village of Xiangshui Hu. 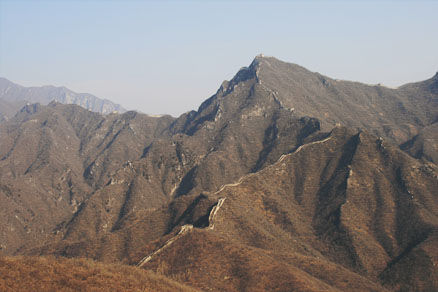 The Pinnacle Tower in the distance. 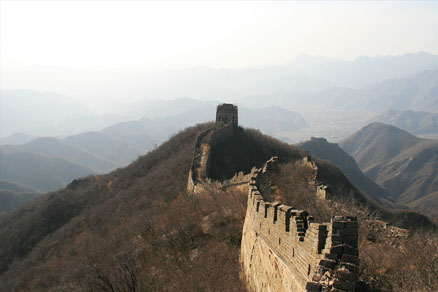 The Great Wall in Beijing municipality supplements the natural defense barrier formed by the Yan mountain range, protect the plains to the Southeast. 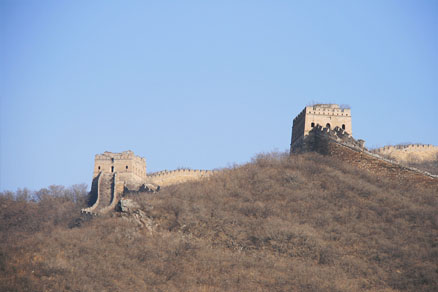 One feature of this hike are the towers. Although they are unrestored, they are in excellent shape. 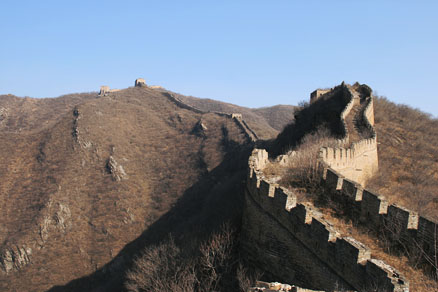 Although quite steep, the mountains alone were not deemed sufficient to deter raiders from attacking the Ming capital. 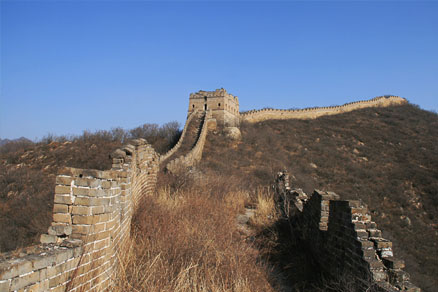 The use of brick and mortar denotes Ming Dynasty Great Wall building techniques. 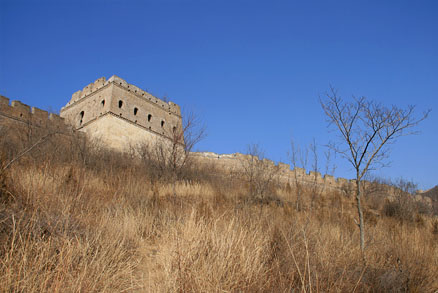 Another tower along the Great Wall. 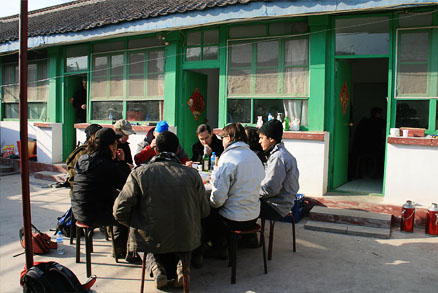 After the hike, we enjoyed a great meal at a local restaurant. 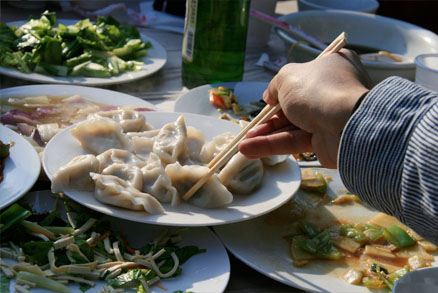