This hike, which is located northeast of Beijing, starts with an ascent to gain access to the Gubeikou section of the Great Wall. The name Gubeikou means "old north entrance" and this part of the wall dates back to the Ming dynasty, which lasted from 1368-1644. It has not been recently restored, so most of of the wall here and its towers are in their original form and are starting to crumble. As a result, there are places on this wall where there's a lot of rubble and debris underfoot from the bricks that went into its construction, so care is needed in order to walk safely and not dislodge any more bricks from the wall. Nonetheless, one of the rewards of hiking on this section of the wall is that it allows each visitor the chance to see firsthand the effects of the ravages of time, even in spite of the fact that this section of wall still does not fail to impress as an engineering marvel, especially for its day and age.

One other advantage of visiting Gubeiko is that we could see other, distant sections of the Great Wall on high ridges many kilometers away, plus countless other rugged peaks near and far even in spite of the rather hazy skies that day. The hike also included a section that bypassed inaccessible parts of the Great Wall by passing local farmers' fields, allowing us to get an idea of the kind of agriculture that's done in the area. Upon arrival at the Jinshanling section of Great Wall, we were able to see its magnificent towers, which have been beautifully rebuilt in order to reflect their former glory. The section of the Great Wall that we hiked that day also has numerous uphill sections, ensuring that we got decent exercize in addition to great views. 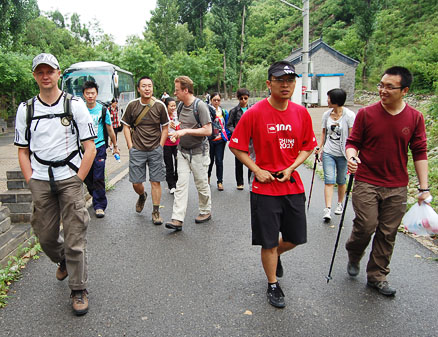 The start of the hike! The group leaves the parking lot at Gubeikou en route to the trail that leads to the Great Wall. 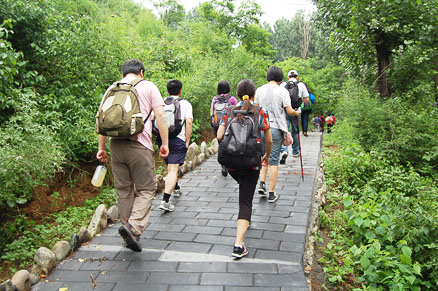 The first part of this hike is relatively flat and easy. 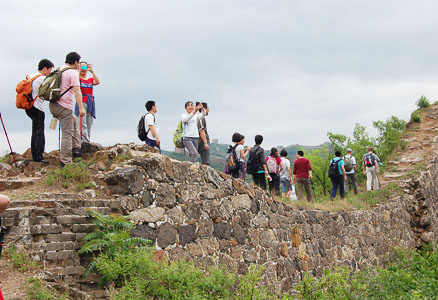 Hikers walk on top of the Gubeikou section of the Great Wall. 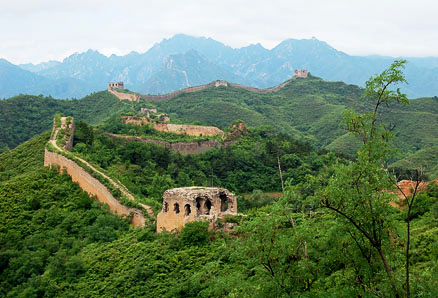 On a clear day, there are great views all along the length of this part of the Great Wall. 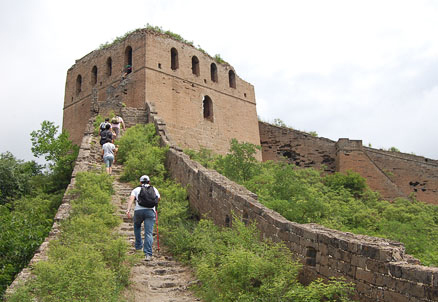 Because the Great Wall was built on the tops of hills and ridges for strategic purposes, the hike involves a lot of ups and downs. 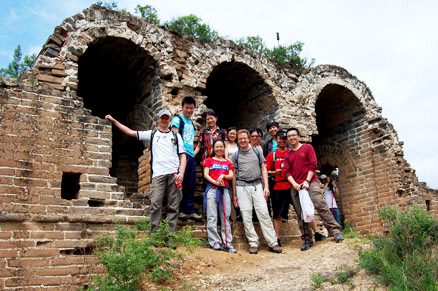 Because this section of the Wall was built in the 15th and 16th centuries and hasn't been renovated for hundreds of years, some of the towers are in a state of disrepair. 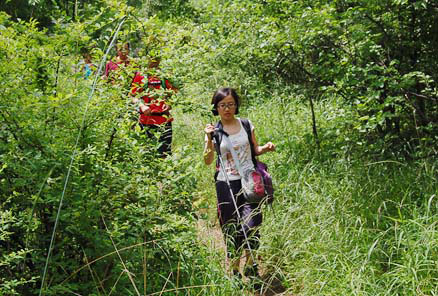 Part of the hike passes through a lush valley. 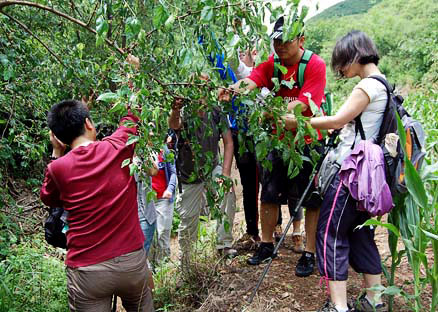 There were ripe mulberries on some of the trees, and we stopped to pick them and eat! 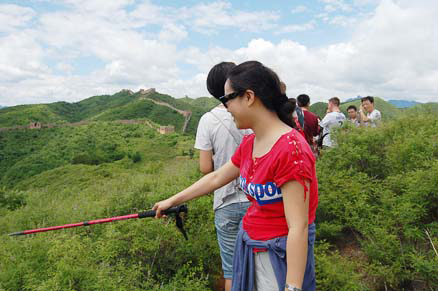 After we emerged from the valley floor, we climbed back onto a ridge top. 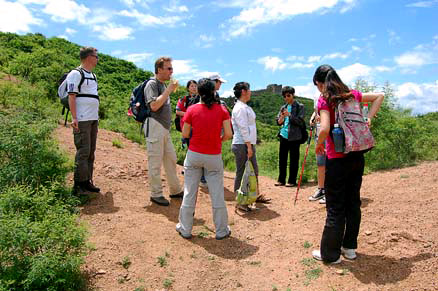 The group takes a break in the sun before heading back toward the Great Wall. 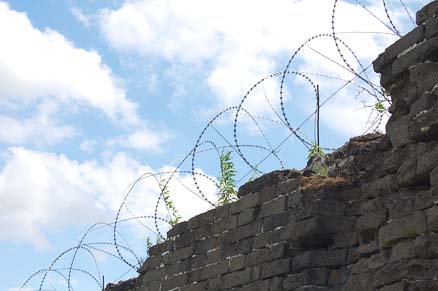 The barbed wire on top of this part of the Wall is there because this area is controlled by the military (just as it was during the Ming Dynasty when this section of the Great Wall was built!) and is off limits to hikers. 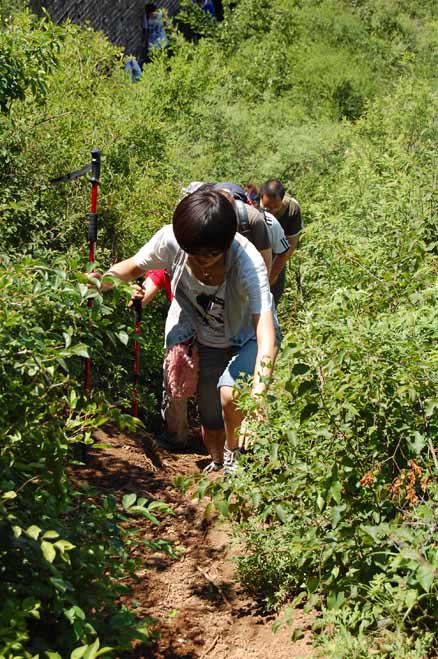 Because this part of the Great Wall is not accessible to tourists, everyone has to detour around it by following the trail that lies just next to the Wall. 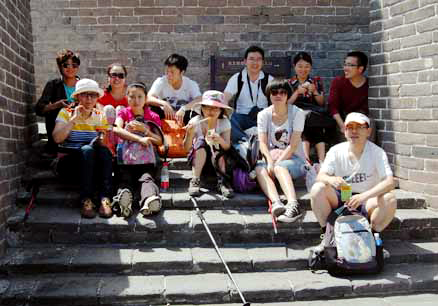 The crumbling towers provide much appreciated shade as well as great views. The group stops for a photo and well deserved rest break on the stairs before descending from the Great Wall. 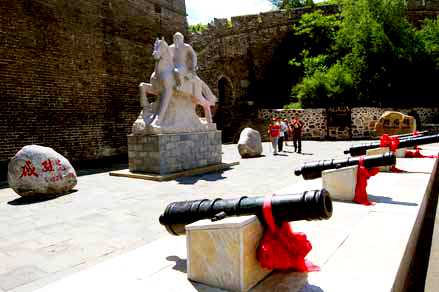 This statue honors the Ming Dynasty general who was responsible for the construction of and protection of this section of the Great Wall. He lived and died in the 16th century. 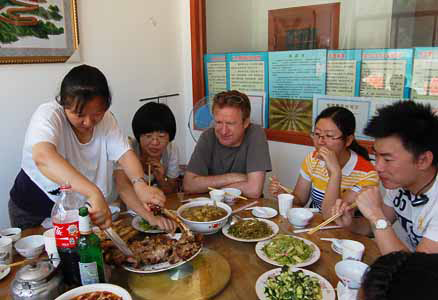 A delicious home cooked lunch of traditional Chinese food awaits the group after the end of the hike!