The Chinese name of the valley we hiked in Miyun County literally translates as “The Valley of the Peach Blossom Spring Immortals,” and may reference a legend in which a fisherman accidentally discovers a utopian village that is entirely isolated from the rest of civilization. He leaves the wonderful village intending to return, but is never able to find it again. From the gorgeous ice formations and peaceful views, it was easy to see why the valley we hiked was named for such a fantastical locale. Starting in a nature park, we ascended along a paved path past cliffs that were encased in ice and frozen waterfalls, at times climbing shaky metal stairs that were bolted into bare rock faces.

After climbing a ways, we finally got onto a dirt path that lead up to the highest peak in the area, with an elevation of 808 meters above sea level. We started at only 170 meters, which means that we gained more than 600 meters in altitude in just under two hours! From the peak, we descended by another route, following a trail that stayed on the top of the ridge and eventually took us down back into the park and eventually returned us to our starting point a little less than four hours after we set out. We drove a short ways to a local restaurant near Miyun restaurant and feasted upon scrumptious, locally raised trout and other specialties from the area before returning to the city. 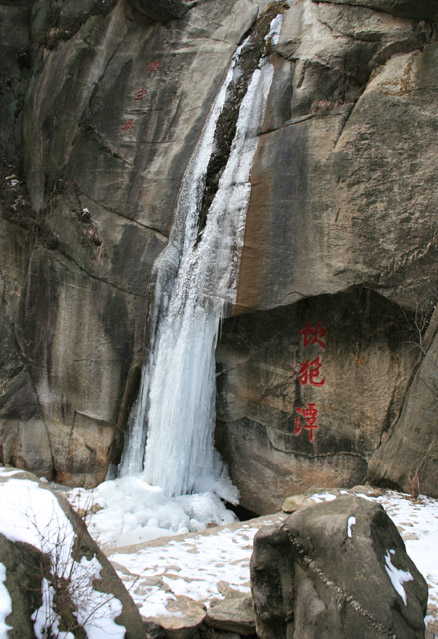 A slow flow of water, frozen into an icy waterfall. 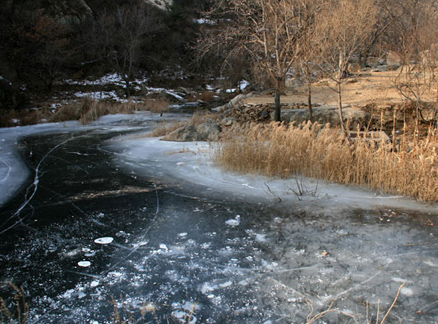 The streams in the park were frozen over. 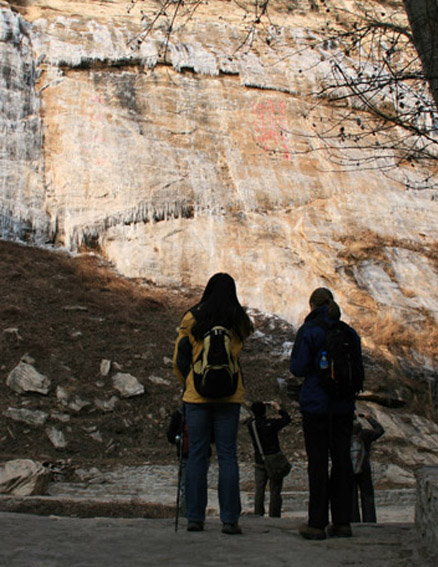 Dripping water formed an icy covering on the cliff. 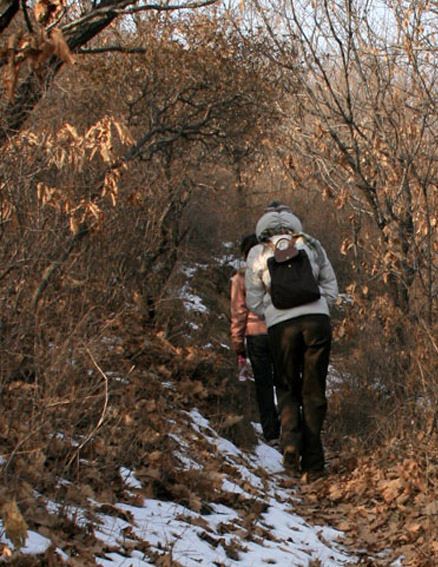 We followed a hill trail on the way to the lookout point. 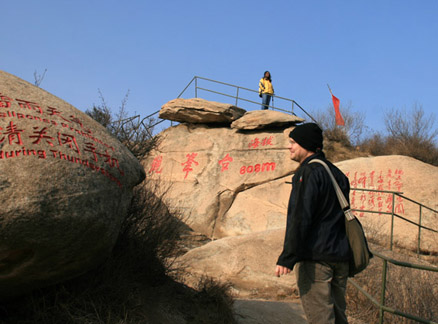 The lookout at the highest point of the hike. 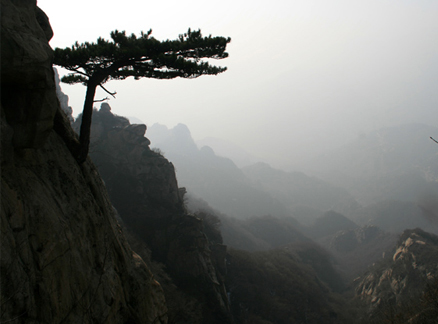 A view from the peak. 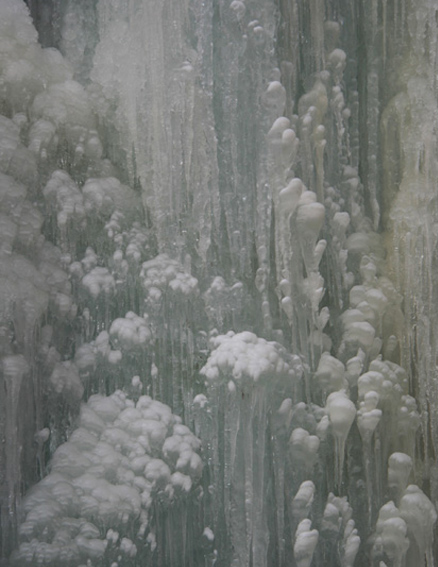 A close-up shot of some of the ice formations. 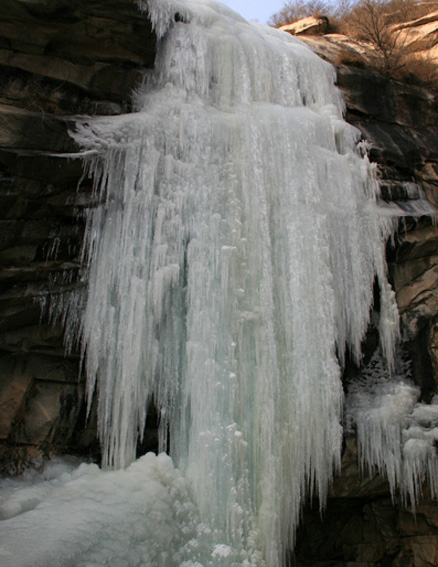 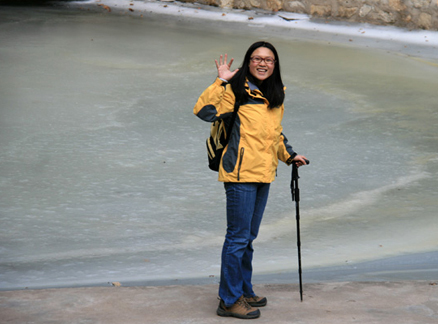 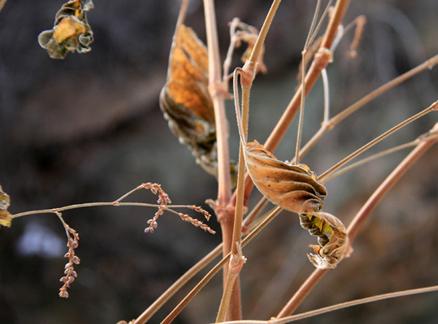