In the hills west of the Badaling Great Wall there are long stretches of Great Wall that are unrestored and not often visited – for this outing, we took a look at a section we call the Switchback.

The weather was extremely clear, and we had great views of the wall and surrounding mountains.

We finished up with a huge meal at a local guesthouse before heading back to the city. 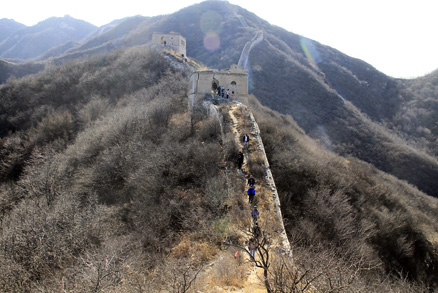 The unrestored wall followed the ridgeline in the area. 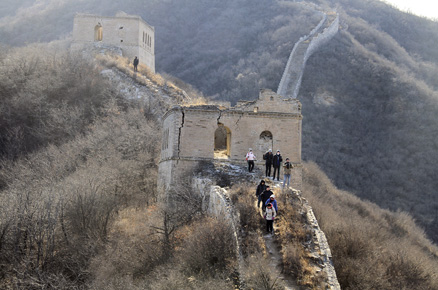 These two towers are colloquially known as The Sisters, as they’re uncommonly close together. 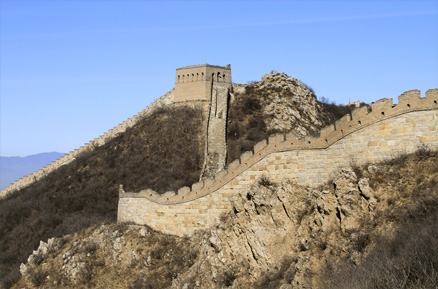 A shot of the General’s Tower, the highest on this hike. 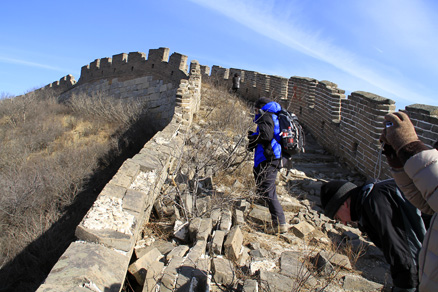 Some of the wall was still in good shape; other sections had mostly fallen down. 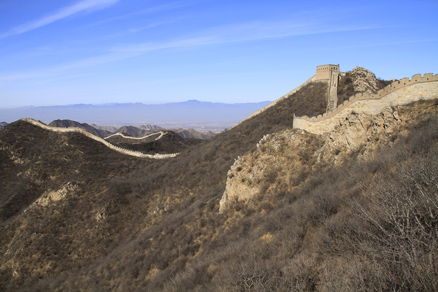 We followed the wall from the General’s tower on towards the west. 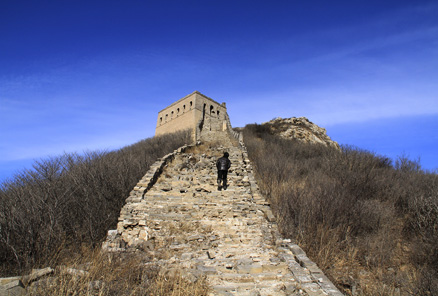 In some places the wall was quite steep. 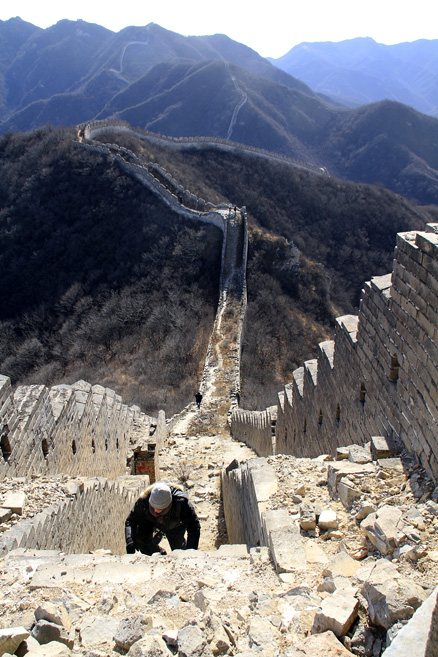 Looking back along the wall. 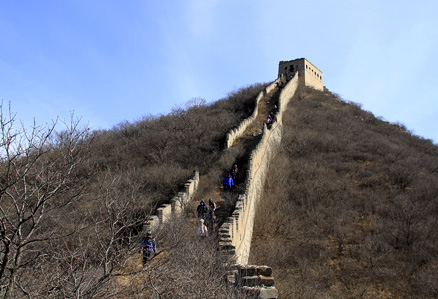 Coming down from the tallest tower. 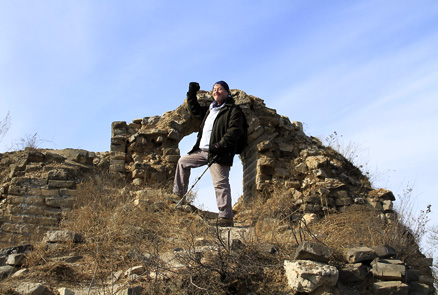 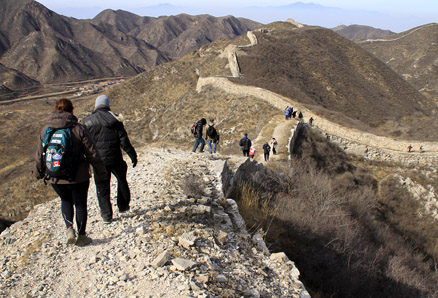 This section of the wall was not in such good shape, with the parapets long since crumbled away. 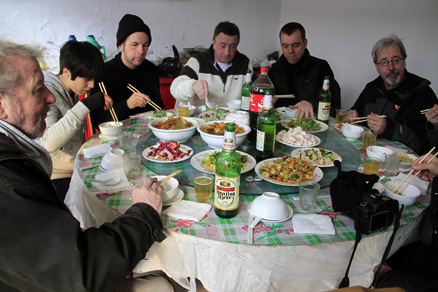 We enjoyed a fine meal of country-style Chinese cooking before heading back to the city.