For this hike in Miyun County, we were the only people in the entire area. The route took us up the backside of a mountain not far from Yunmeng Mountain. The route had us walking on the Great Wall, although at times we followed a path in the brush alongside it. The last ascent was rather steep, but we were rewarded when we reached the Round Tower. The opposite side from which we ascended was a sheer cliff face plunging straight down into Yunmeng Gorge. Winds over the previous days had scrubbed the air clean of any haze, and we had some of the best views possible from that peak. A group of us trekked over to a second, slightly higher peak with an equally dramatic drop-off. After a lunch and photos, we began making our way back down the gentler aspect of the mountain.

We had great views of Miyun Reservoir, which was directly in front of us on our way back down the mountain. We followed a trail that wound its way through the bushes and trees, passing an old army outpost and snaking into a valley. The trail ended at an abandoned teahouse and resort made out of bamboo. We followed a road from the teahouse to a village where we ended our hike with tea, beer, and hot soup. A good end to a good day! 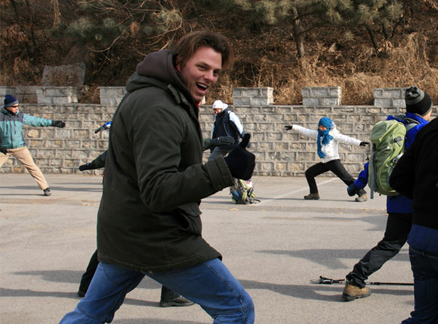 Getting ready to go with a bit of stretching. 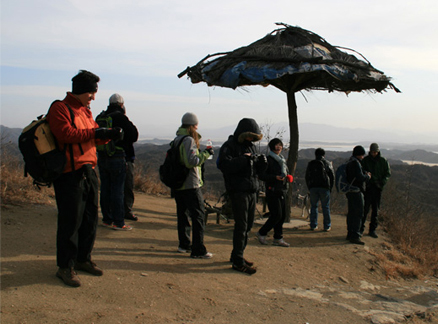 We stopped for a rest halfway up. 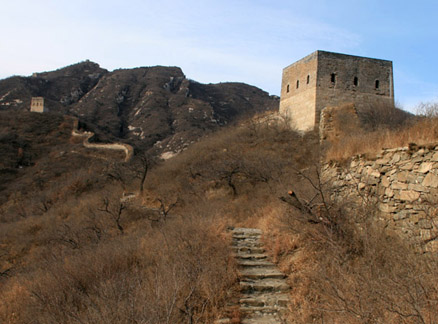 We passed three Great Wall towers on the way up. 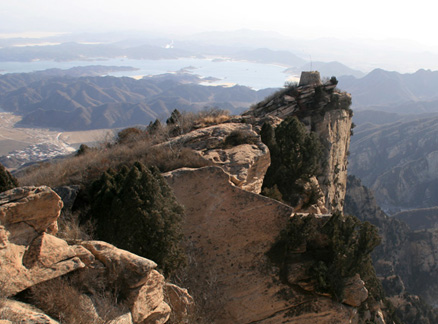 The Round Tower, and the steep drop on one side. 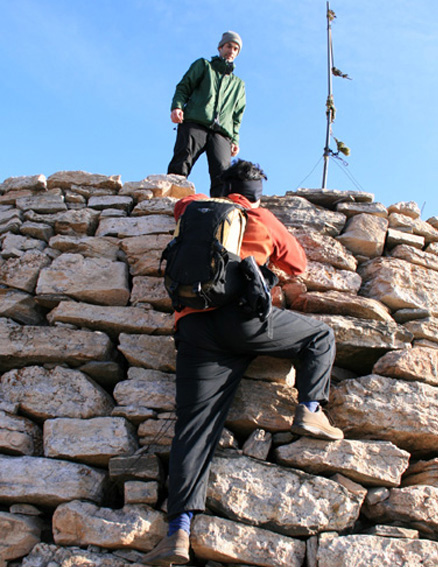 Climbing up the side is tricky, and not recommended for those scared of heights. 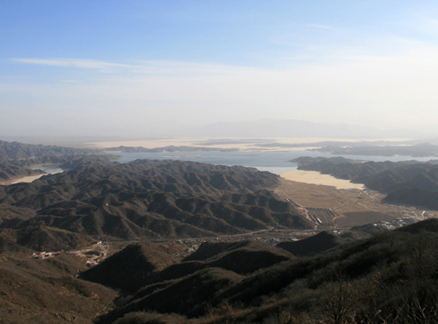 The Miyun Reservoir, east of the Round Tower. 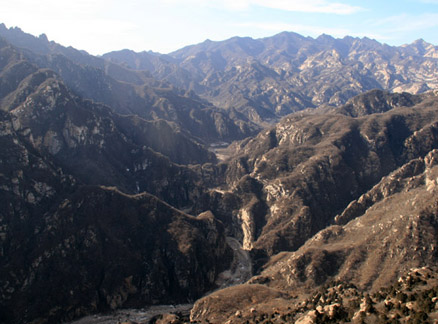 The view to the west of the Round Tower. 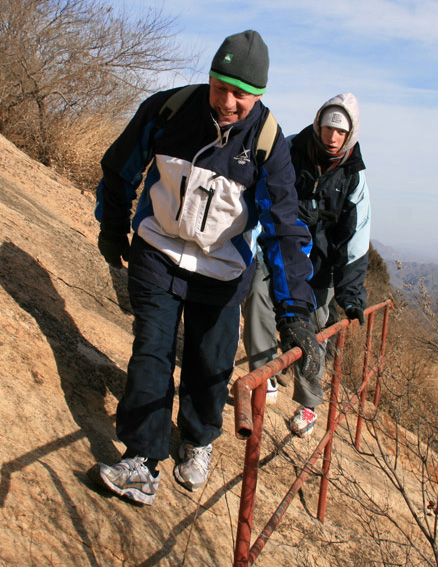 The trail on the way down crossed exposed rock. 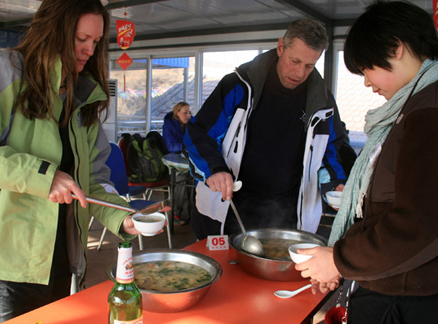 Hot soup to go with the cold beer.