We did some good hiking during the Chinese New Year holiday, and this hike was one of our favourites. The Spring Valley loop hike is a relatively easy walk over about 10km, following one valley up to high meadows, and crossing over a ridge before walking out through a second valley. It was interesting to see more snow on one side of the ridge than the other, and our local guide explained that the difference in the amount of sunshine on each side meant that villagers on the sunny side could earn approximately twice as much per year from their crops as the villagers on the shady side. 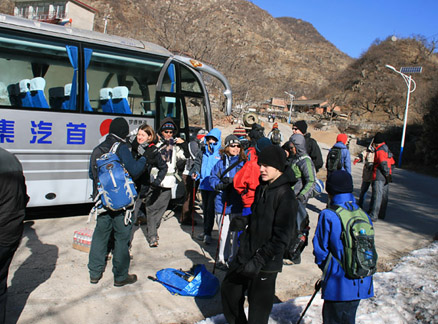 Ready to get started. 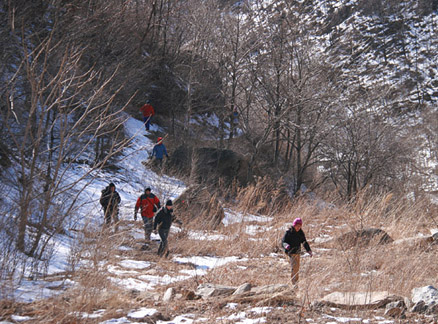 Towards the top of the first valley, the landscape flattened out into broad meadows. 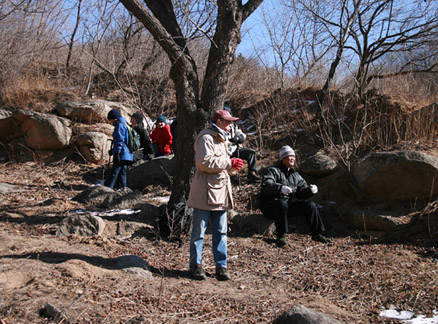 We took a rest at a good spot at the top of the first valley. 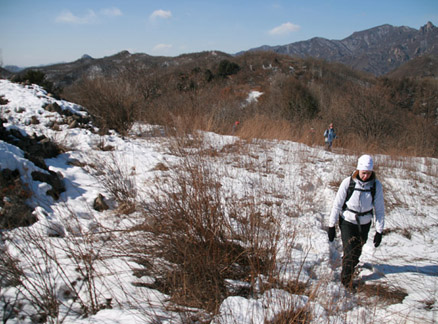 After the first valley, the trail followed the ridgeline. 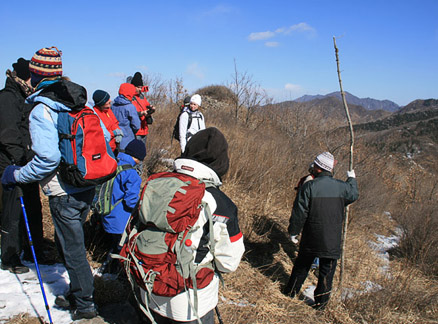 Along the way, our guide spotted a nice big branch, and carried it all the way back to his courtyard house. Later in the year, he'll make it into a useful tool by attaching clippers to the end, allowing him to reach high-hanging fruit and chestnuts. 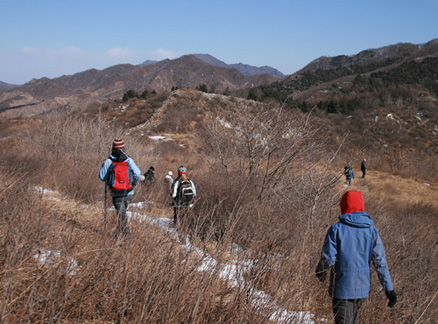 After reaching the highest point of the hike, we followed a path along the ridge, heading for another valley trail. 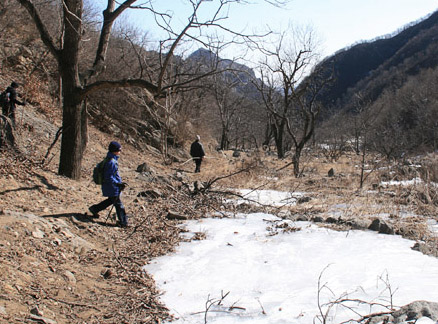 Descending into the second valley, we passed frozen streams and chestnut orchards. 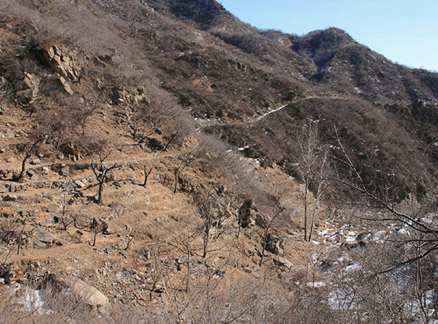 The trail led us along the side of the valley, past some nice terraces. 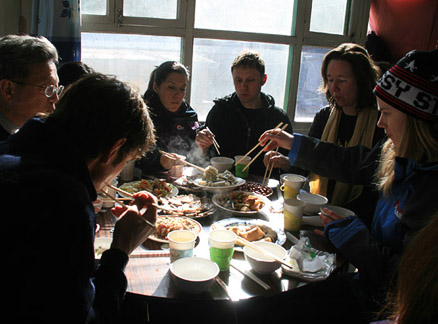 On such a cold day it was nice to warm with some hot food after hiking.