The Triangle hike is in Beijing's Changping District, and is a great countryside stroll that passes small villages, reservoirs, orchards, and an old pine that marks the spot where a temple was once located. During the winter most of the people that live in the area stay inside as there's not much fieldwork to be done. We only saw a few people all day - a few out collecting firewood, and a couple using the village grindstone to grind up some beans.

Near the end of the hike we got a bit of a surprise: since our last visit (July 2009), the river had been dug up and re-routed, the landscape completely changed. Next time we visit we'll have to find a better way to finish the hike! 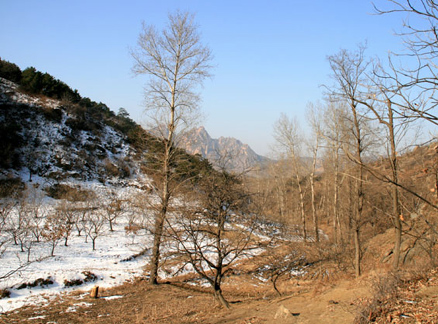 Because the air is so cold, the snow only melts if it gets enough sun on it. 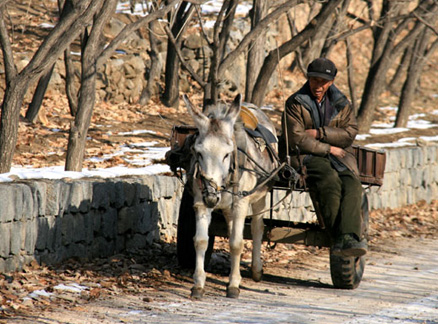 These two were heading in the opposite direction to us, so we didn't get to see what they were planning to collect in the cart. 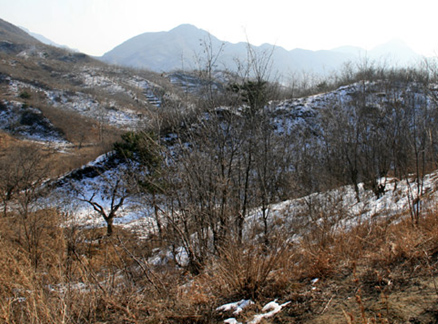 Our trail led through snow on empty hills. 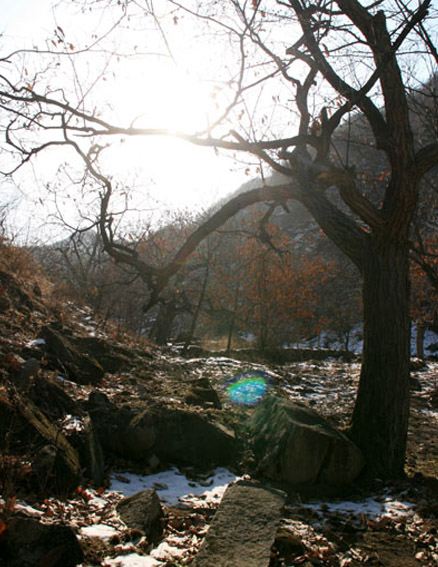 During late summer these trees are full of chestnuts. 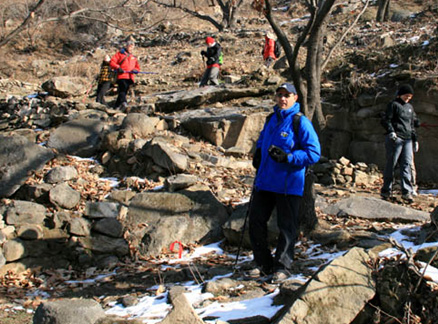 We followed the trail down through old terraces and orchards. 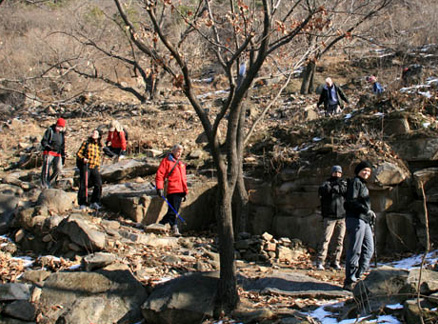 The trail led us between the rocks and trees. 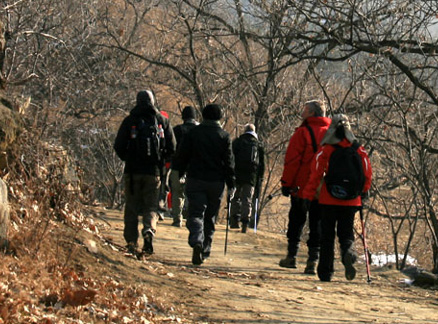 In the middle of the hike we followed a dirt road for a while before heading back into the hills. 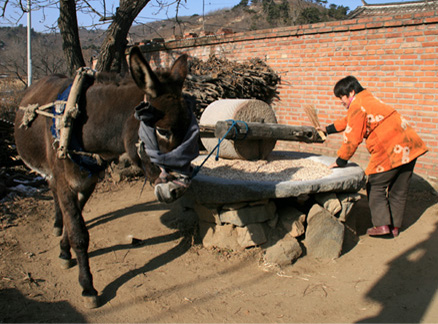 She said they were grinding 'food' beans, likely to be used to make soupy porridge. 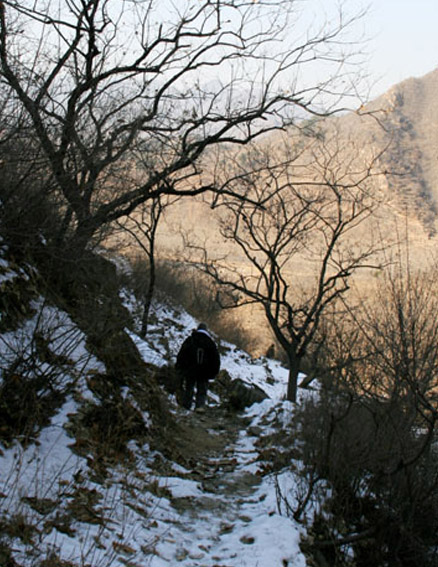 In shaded spots there was a fair bit of snow on the ground. 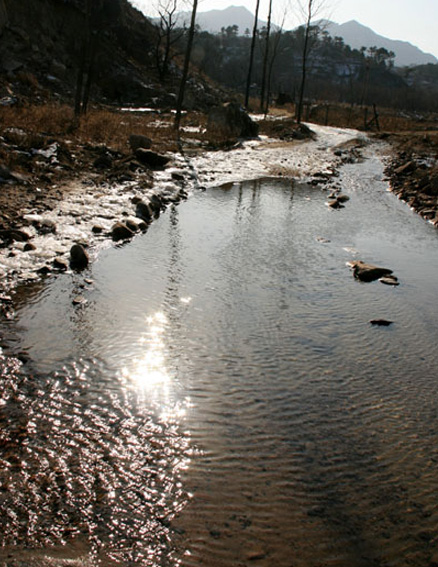 The smaller reservoirs we saw had frozen solid, but the weather is not yet cold enough for running water to freeze.