This backpacking trip along the Great Wall took us into Hebei Province, where we followed the Wall between Big Camp Plate Village and Chenjiapu Village. We carried all of our food and gear, including tents, sleeping bags, clothes, and stoves, on our backs for the two-day trip. The first day, we covered most of the same ground as our “Yangqing Great Wall” hike, and ended up on a ridge above the village of Changyucheng. We pitched camped just in time, as a massive thunderstorm blew in right after we zipped up our tents!

The next morning was gorgeous: the moisture from all of the previous night's rain started to evaporate, creating a sea of clouds in one valley that would rise with the heating air and spill over a ridge into the next. We followed the route for the “High Tower” hike, pausing at our highest point in the trip, a tower on the Great Wall. After taking a break to admire more of the scenery, we started down for the end of our hike. We met our van at a beekeeper’s hut, and after sampling some delicious honey, we had lunch at a local restaurant and headed back to Beijing. 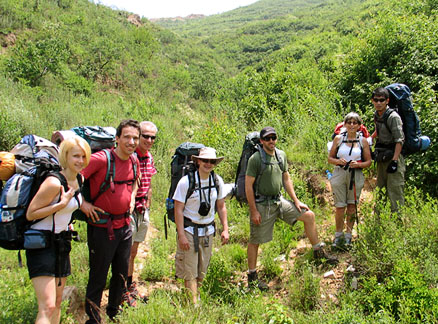 The camping crew, ready to go. 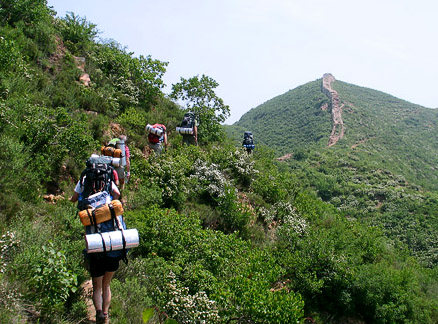 We followed a narrow path up to the Great Wall. 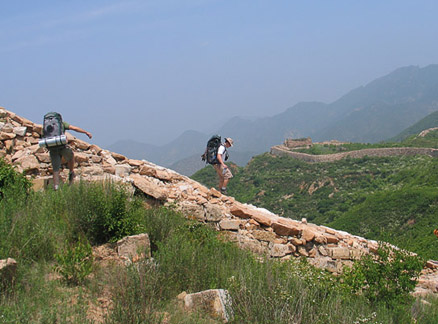 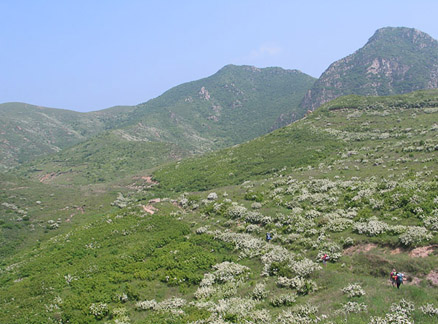 We skirted around sections of Great Wall that are were too dangerous to walk on, and followed scenic paths through the hills. 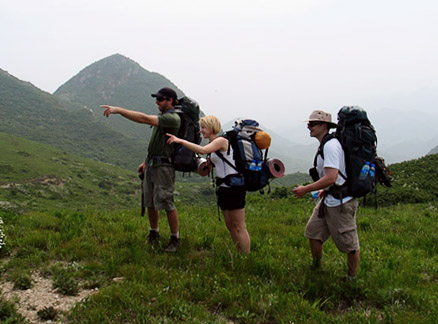 The hikers appear to have spotted something in the distance! 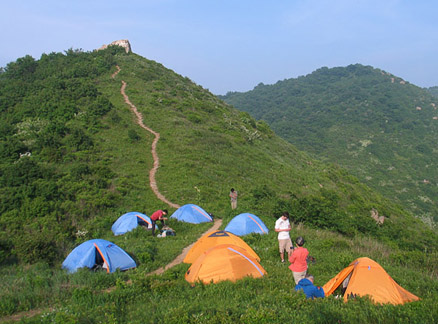 The campsite, beneath an old tower. 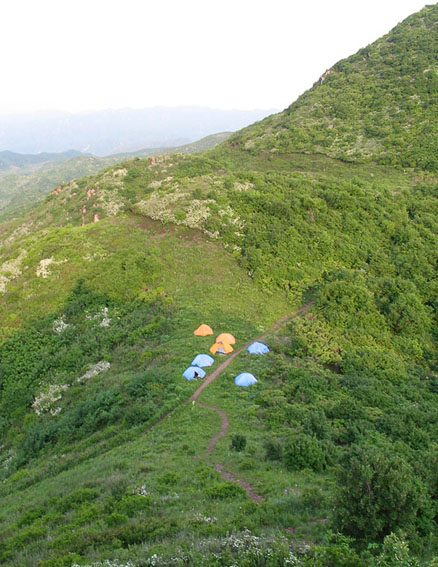 Looking down from the tower. 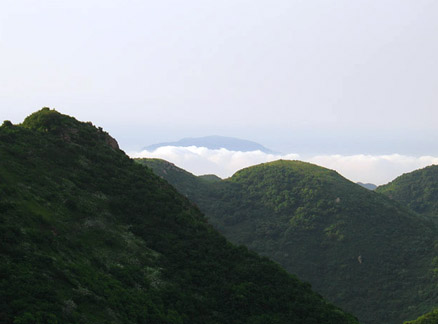 On the second day, we woke to find the valleys below us filled with clouds. 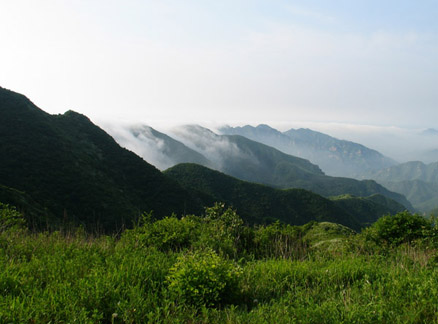 The clouds spilled over ridges into neighbouring valleys. 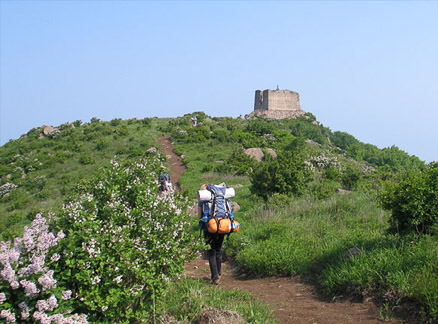 We hiked on to the High Tower. 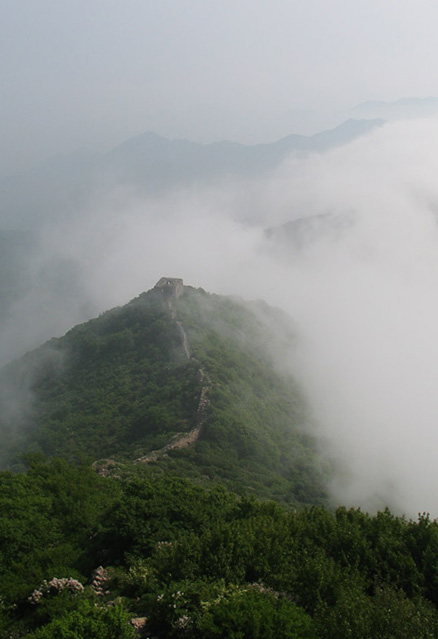 Looking down from the High Tower, we saw clouds blowing over towers on the ridge below.