In the classic of Chinese literature ‘Journey to the West,’ the Monkey King passed through Gansu and Xinjiang on the way to India, following the northern Silk Road.

On this 7 day trip, we made a journey from the west, crossing the desert, stopping at many of the major locations on the northern Silk Road, and seeing the traces left behind by the ancient travellers.

Highlights included the Flaming Mountains and Old City of Turpan, the Han Dynasty Great Wall in the Gobi Desert, the fortress of Jiayuguan that marks the western end of the Ming Dynasty Great Wall, the Buddhist cave art of Dunhuang’s Mogao Grottoes, and a night camping in the desert. 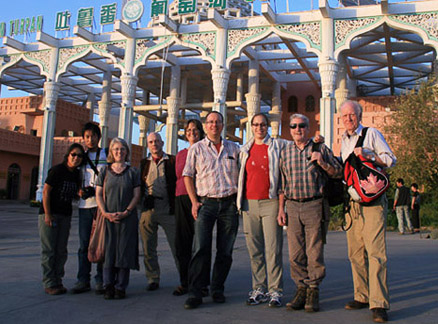 We arrived at Turpan on the first day of the trip. 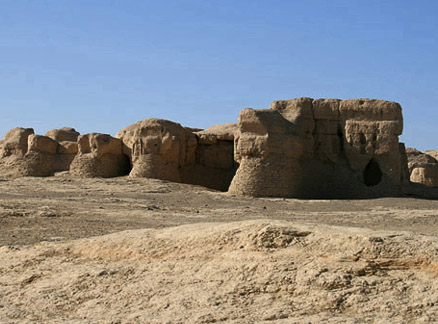 We headed into the desert near Turpan to visit the ruins of an ancient city. 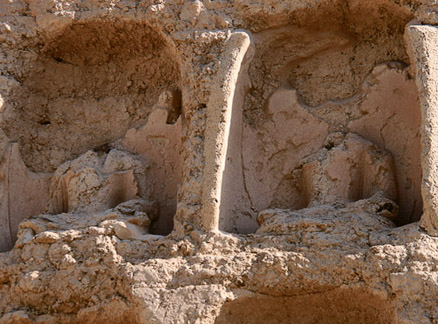 The ruins were very weathered, but some details were still visible. The heads of these statues were probably stolen. 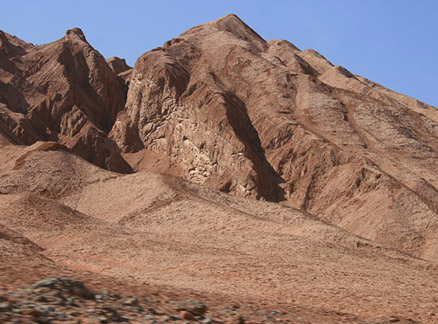 We also visited the Flaming Mountains, a key site in the Monkey King story, and the site of the '10,000-Buddha Caves.' 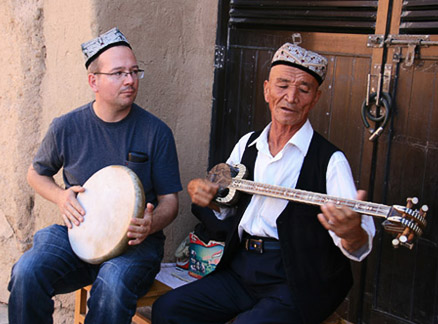 An impromptu musical collaboration at the 10,000-Buddha Caves. 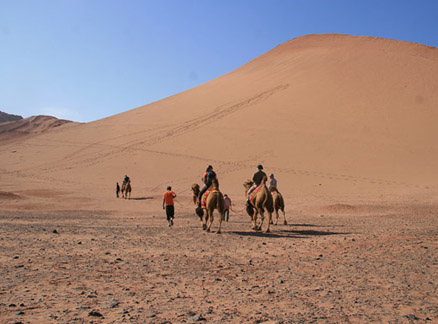 We saw a lot of camels on the trip. Some days we travelled by camel. 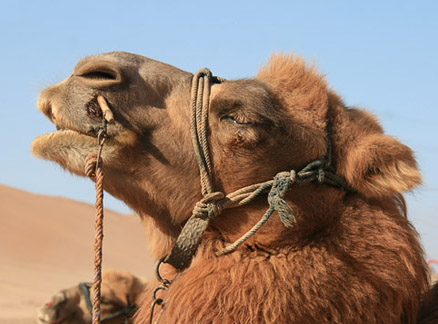 One of our camels, enjoying the sun. 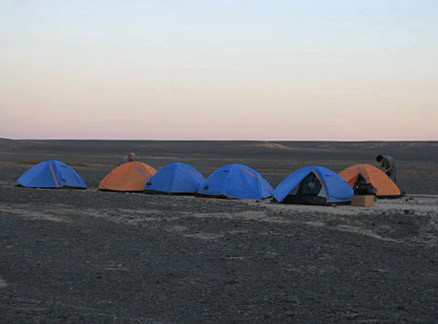 On the evening of the second day of the trip we camped in the desert. 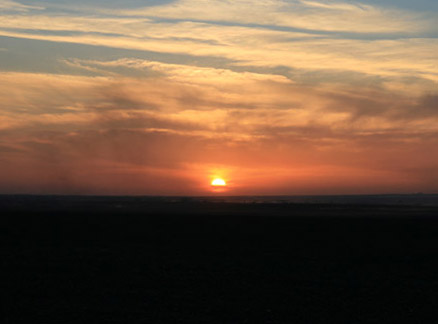 Sunset over the Gobi Desert. 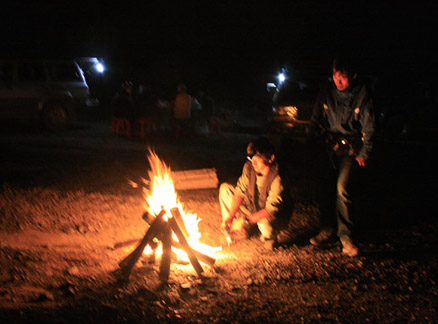 It was quite chilly in the desert, and we appreciated the warmth of a campfire. 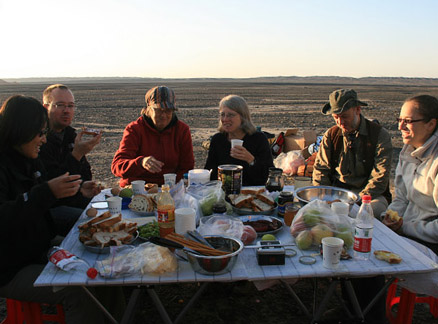 We had breakfast in the desert before setting out again. 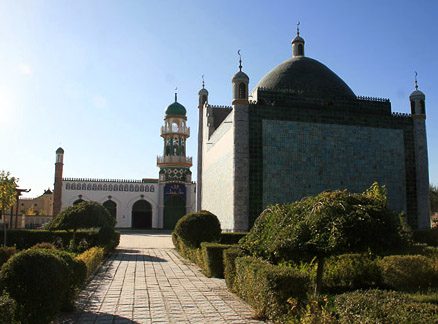 In Hami, we visited the Mausoleum of the Hui Emperors. 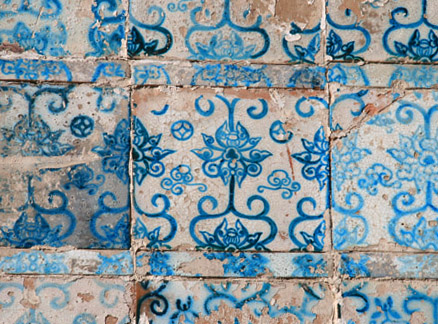 Close-up shot of the tiles of the mausoleum. 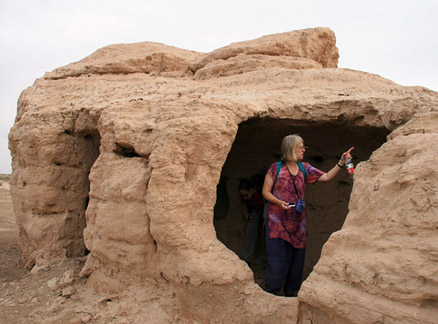 We visited remnants of the rammed-earth Han Dynasty Great Wall in the desert. (Han Dynasty: 206 BC - 220 AD) 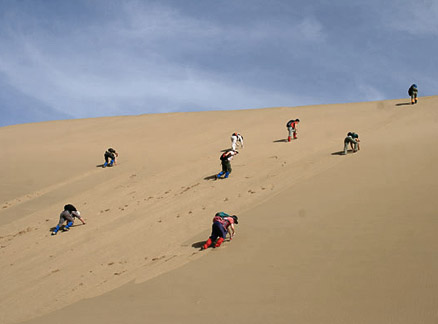 In Dunhuang, we hiked in the desert, finishing with a climb up an immense sand dune. 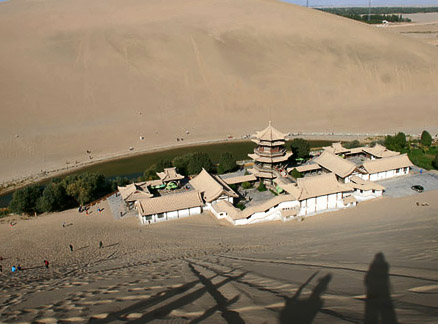 Arriving at the top of the sand dune, we got a great surprise: an aerial view of the famous Crescent Lake. 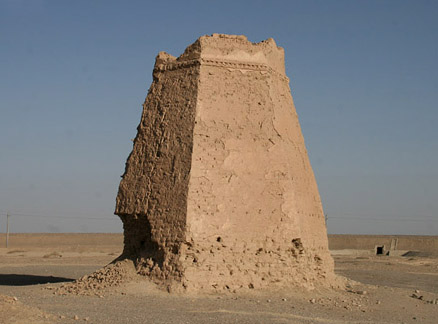 More of the Han Dynasty wall. 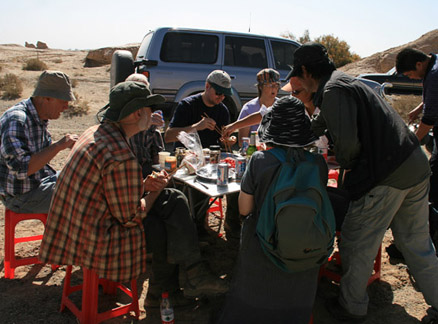 We broke up long car rides with picnics in the desert. 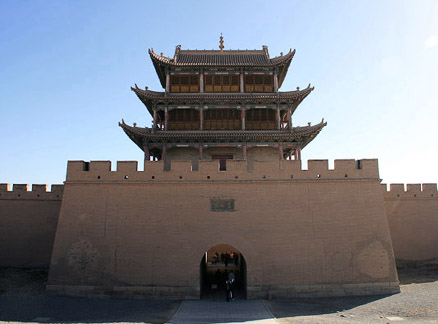 The fortress at Jiayuguan. 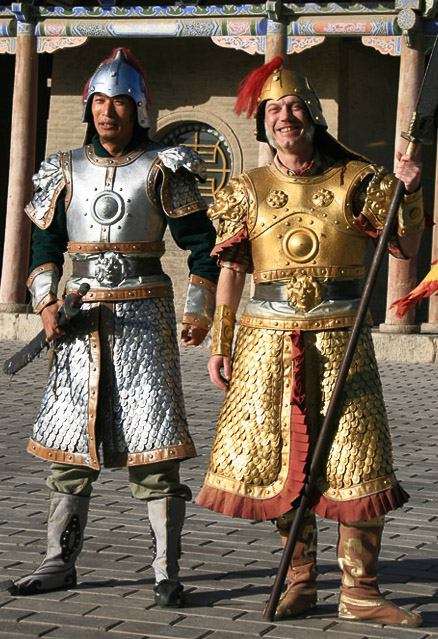 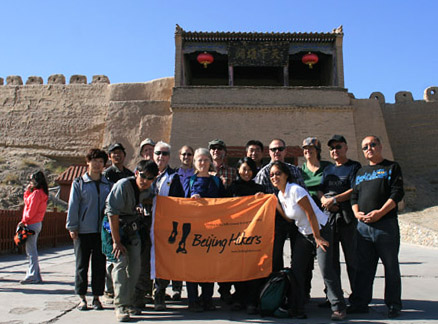 Sightseeing done, we posed for a shot with our drivers.

MORE PHOTOS: Find more photos from this trip in our Xinjiang 2010 photo gallery.