We headed out to Hebei Province’s Yi County, three hour’s drive south west of Beijing City, to spend the weekend exploring the tombs and mausoleums built for Qing Dynasty (1644-1912) emperors.

This Western Qing Tombs weekend trip is a special one that we only arrange once or twice a year.

The focus is on the tombs and artifacts left behind by the last dynasty of China, but the surrounding scenery and nearby lake are also worth the long drive out into Hebei Province.

At this site, there are four tombs belonging to Qing Dynasty emperors, with the tombs of the other emperors found at the Eastern Qing Tombs, northwest of Beijing city.

These tombs were built between the 1730’s and 1911, with the last Emperor of the Qing being buried in 1913. The tombs here are all fairly close together, which means it’s possible to walk between them while enjoying the natural scenery.

As well as visiting the tombs, we visited nearby Yishu Lake for a spot of boating and walking about. All in all, a good way to learn about Chinese culture and get a little light exercise at the same time. 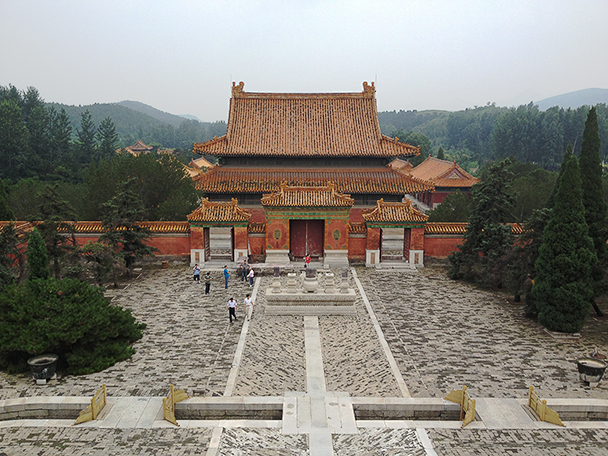 One of the majestic gates in the tomb complex. The middle gate is for the emperor only, with officials and retinue using the side gates. 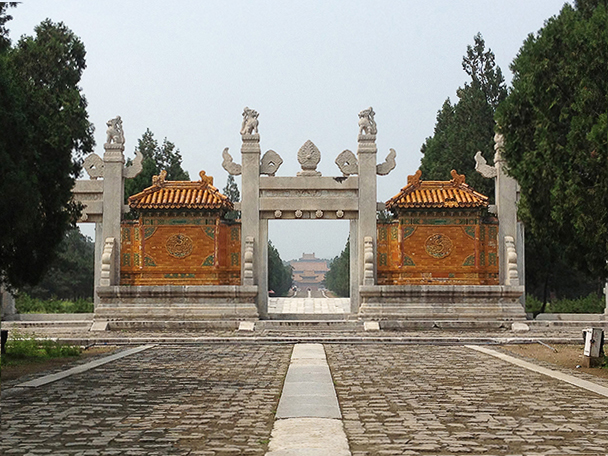 Lingxing Gate – the ‘Entrance to Paradise’ 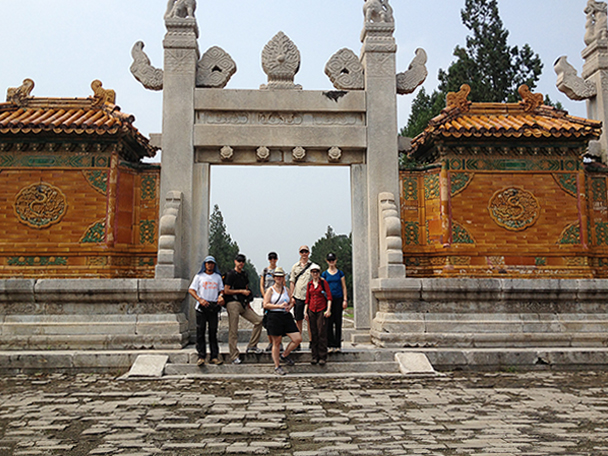 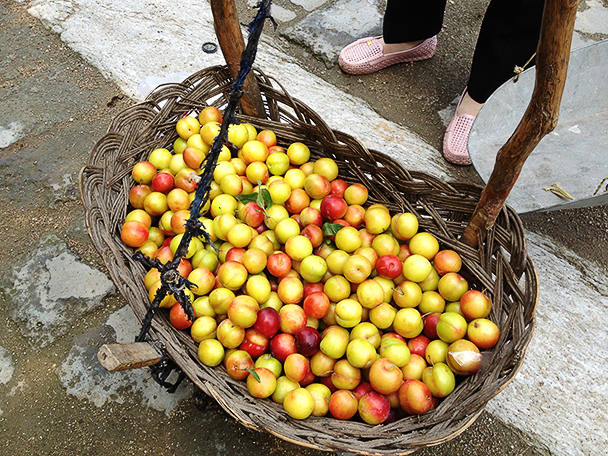 It’s the season for plums, and there were plenty of people selling their fresh pickings. 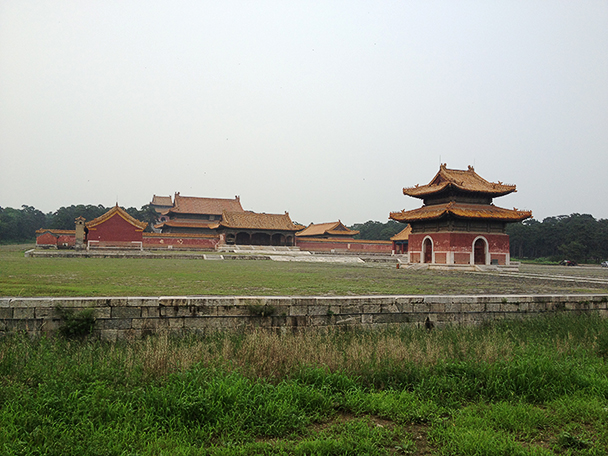 Another of the tombs. 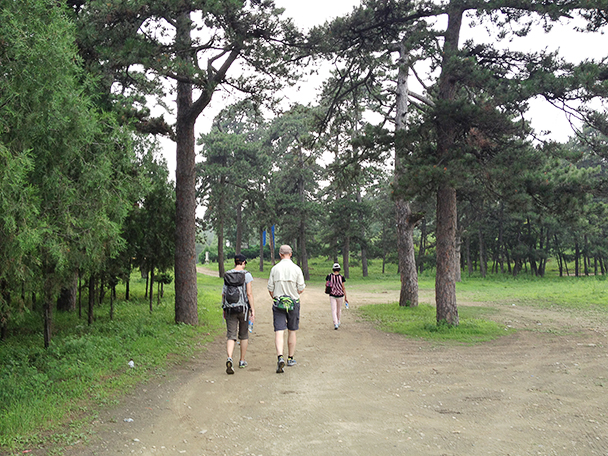 We headed on through the pines, on the paths that lead between the temples. 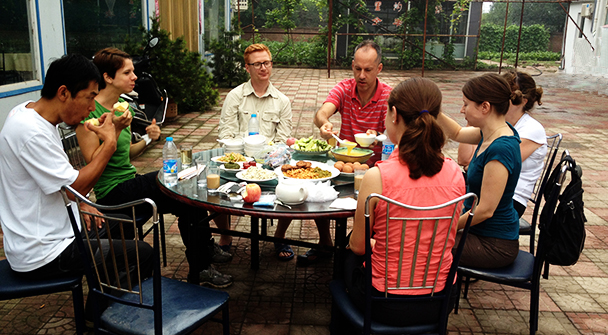 On Sunday morning, the weather was warm enough to have breakfast outside the guesthouse. It was a Chinese-style breakfast: cornmeal soup, boiled eggs, and various vegetables. 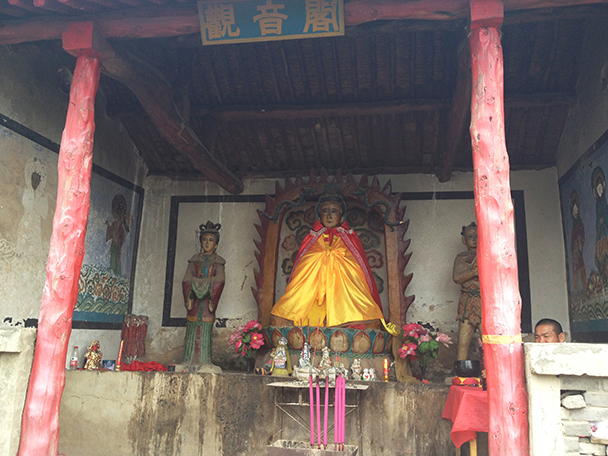 A representation of the Buddhist goddess Guanyin in a suburban shrine. 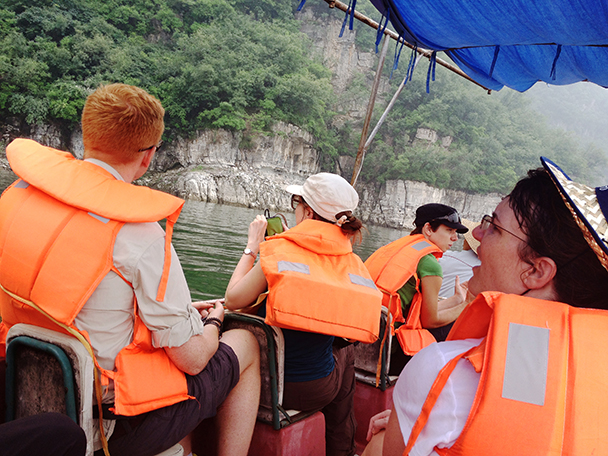 We took a boat ride at Yishui Lake, passing below the tall cliffs that were featured in the blockbuster movie ‘Red Cliff’. 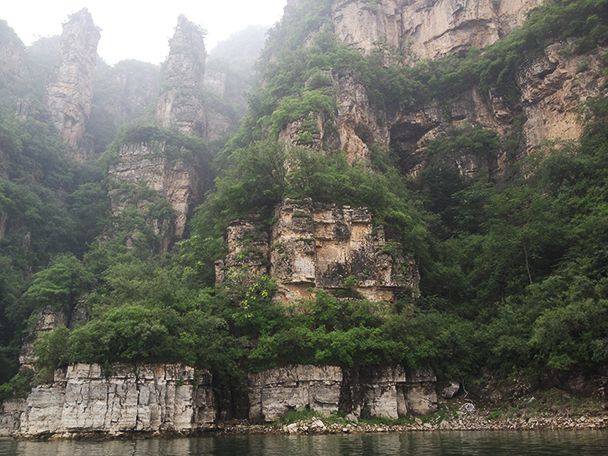 More of the cliffs. 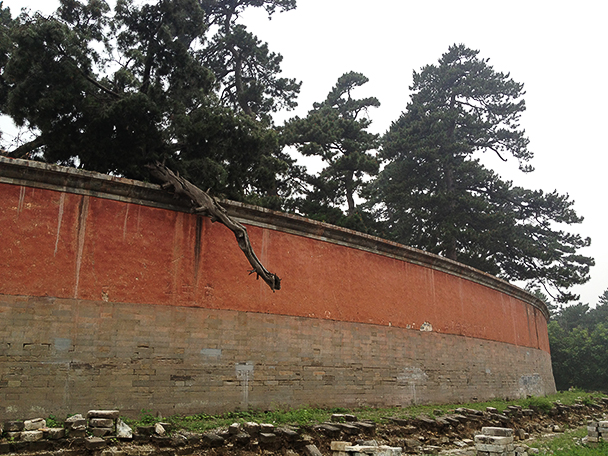