The Long Way to Catch the Train hike is one of our older trails, and the area has seen a lot of change over the years—not least being that there are now easier ways to get to the train station than walking over a big hill!

There'd been a brush fire in the same county earlier in the week, and for a while it was looking like we weren't going to be allowed to start the hike. After a wee bit of wrangling with the local fire wardens we picked up an escort and were on our way.

The first part of the hike was a short walk up into a village, and then we started our climb up and over the first hill on the hike.

The first part of the old trail was having some work done on it, with a big channel to catch rainwater being excavated.

We hiked up past the channel, under an ‘60s-era aqueduct, and then up a brushy and scratchy hill trail to the top of the hill.

Our fire warden escort was tasked with seeing us over the hill and into the jurisdiction of the village on the other side. With that done, he lit up a cigarette, pulled out a bottle of beer from his bag, and sent us on our way.

We then hiked down into a long valley, passing through several villages.

One of the more recent changes to the area is that all of the villagers are being moved out to newly-built apartments at the end of the valley, so that the valley can be developed for tourism. Our local friend seemed quite happy with the arrangements – a free two-level apartment is part of the deal, and he gets paid a little money each year for the use of his land.

After passing an empty hamlet just off the main road, we climbed over the last hill and then down on to flat land, passing through peach orchards and a busy village to finish the hike. 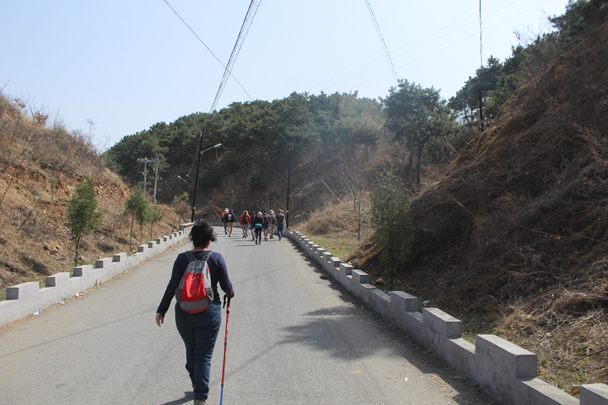 Hiking up into the first village. 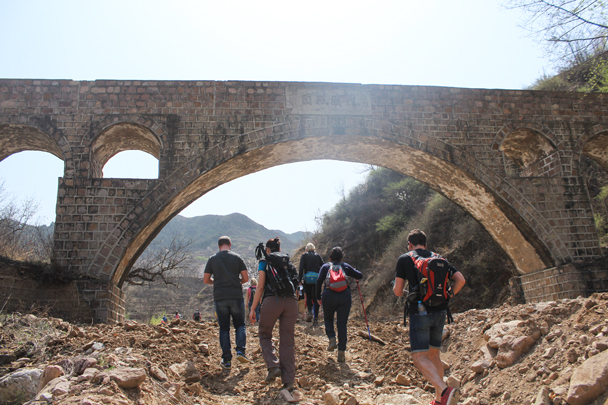 Going under the aqueduct. 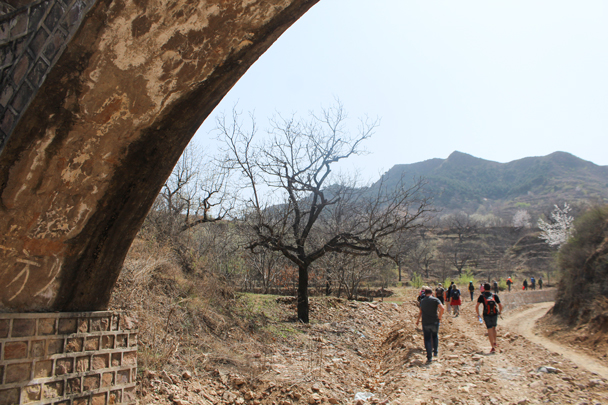 We were heading for the hills, aiming to cross over at a dip in the mountains. 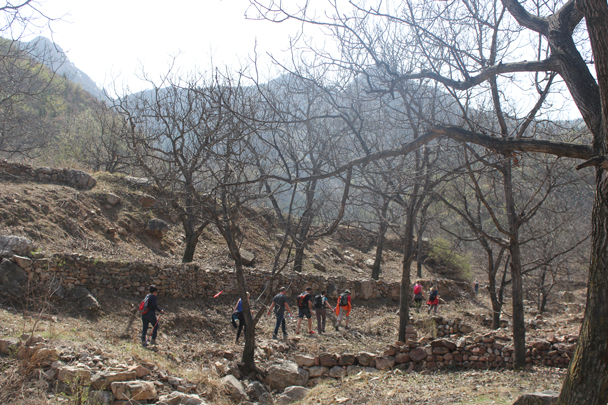 No leaves yet on the chestnut trees. 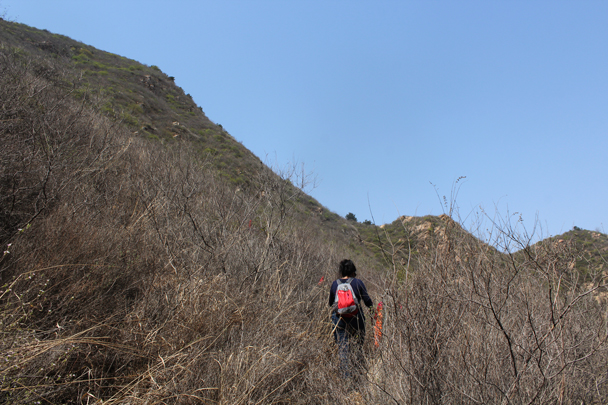 The brushy and scratchy path over the hill. 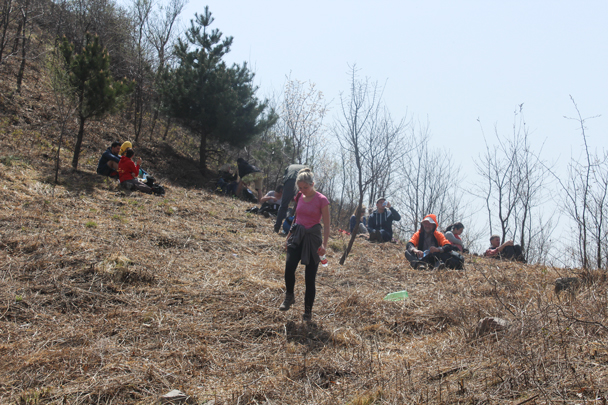 Taking a break at the top. 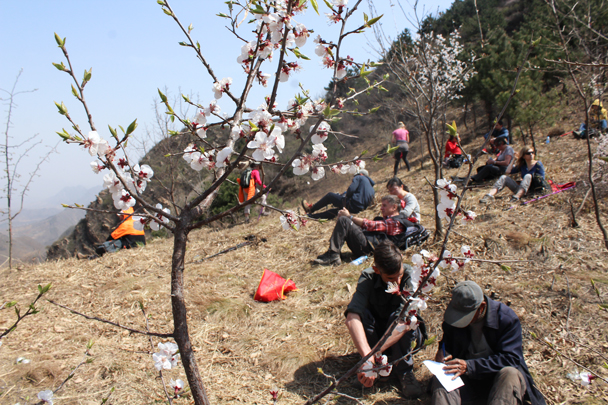 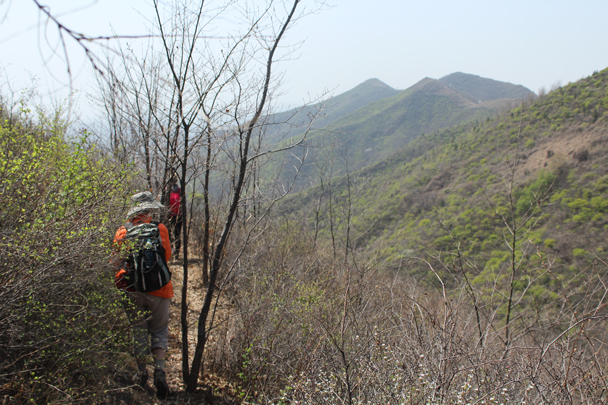 It was greener on the other side of the hill. 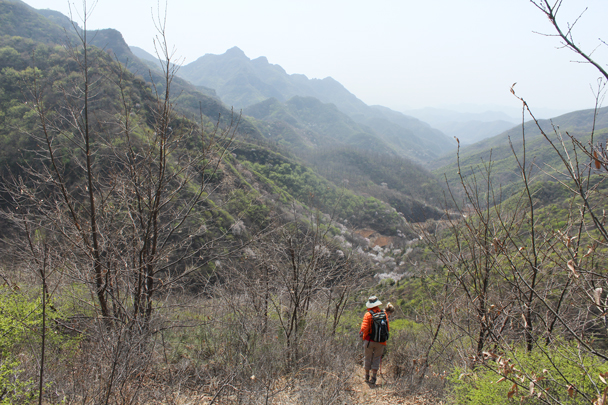 We hiked down into a long valley. 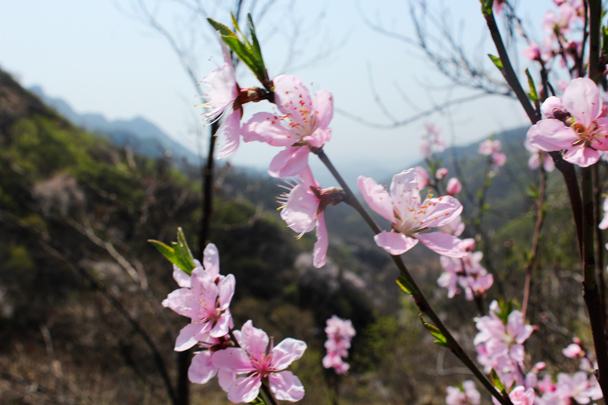 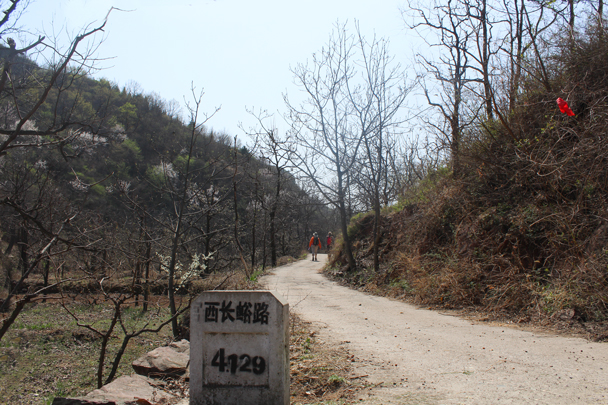 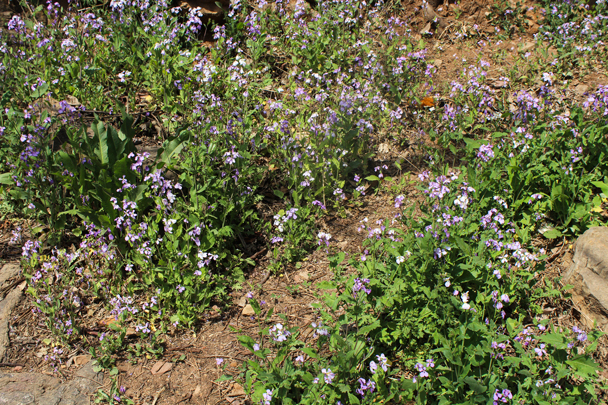 Flowers on the ground. 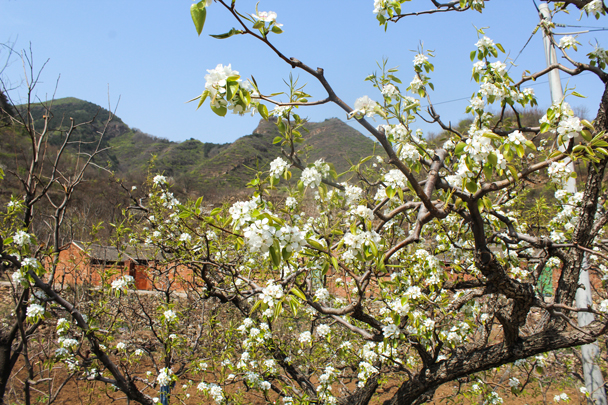 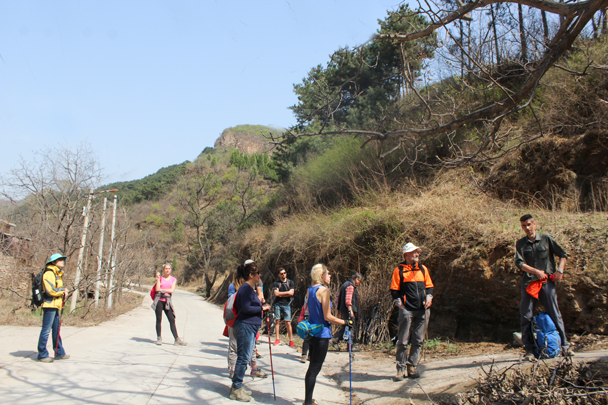 We’re getting ready to do the last hill climb. 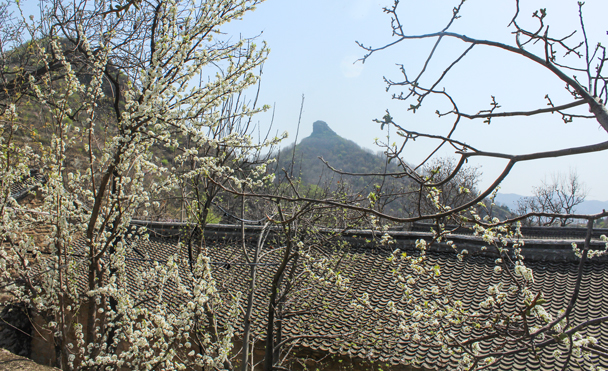 We crossed the last hill just to the left of the big column of rock in the background. 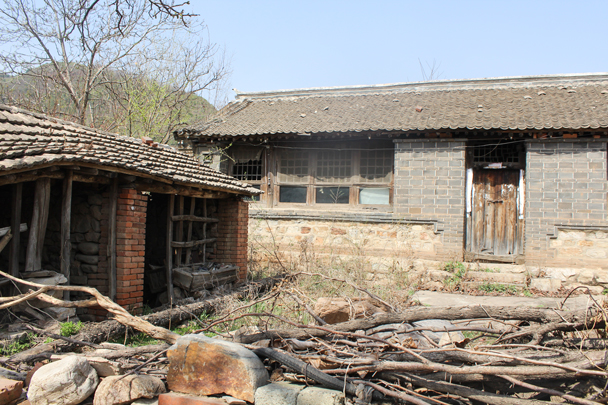 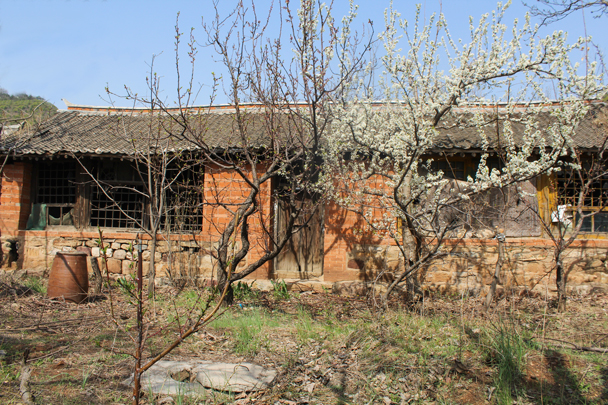 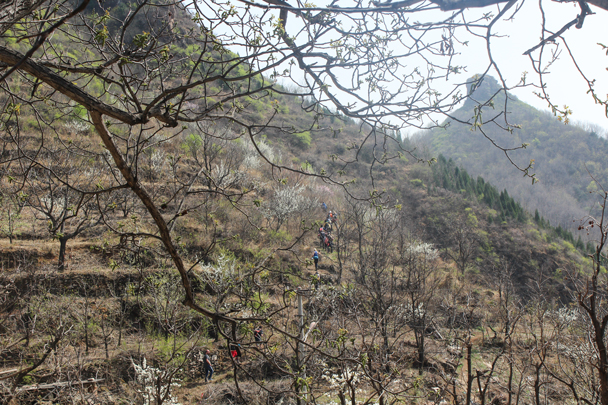 Hiking across the hillside. 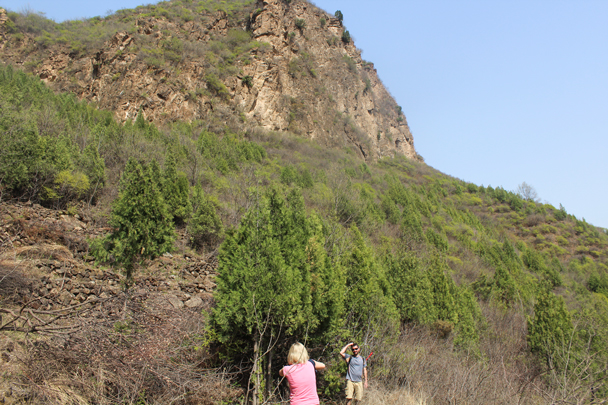 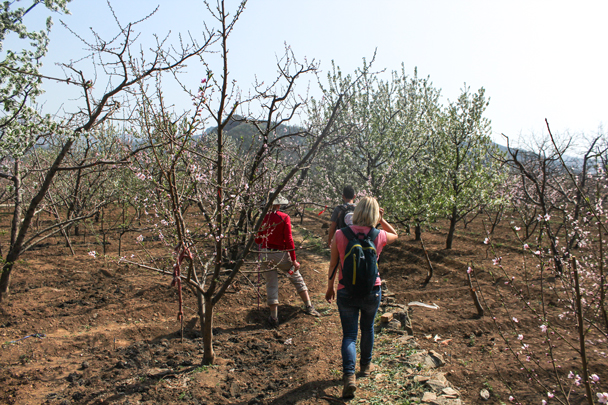 Walking through the peach orchards. 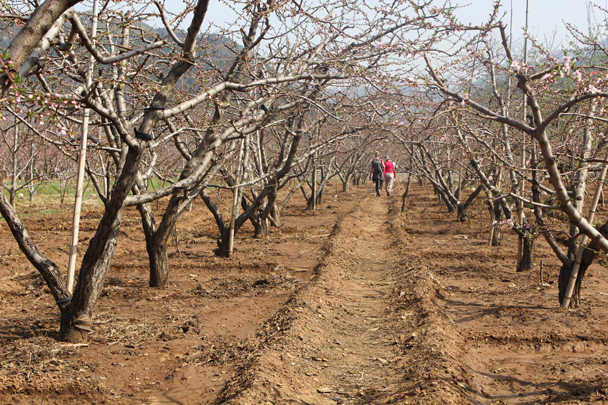 An irrigation canal in the orchards. 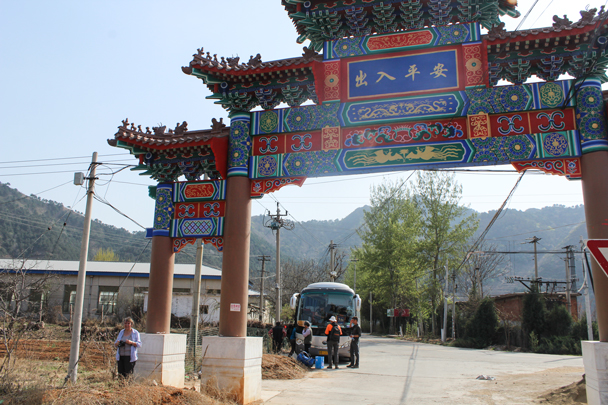