We were in to win in this year's Expat Life Awards, a competition in which Beijing's expat population voted for their favourites in a slew of categories. We're very happy to have won – it's our first ever award!

Over 6,000 people voted in the awards, and according to statistics provided by the organisers a large percentage of voters had been resident in Beijing between 3 and 6 years in total, which makes them expert expats.

We'd like to thank everyone who voted: you've been on our hikes and liked them enough to take the time to vote for us, and we really appreciate that.

We'd also like to thank the other companies who were nominated for awards, and who through their work make it easier and more fun to live in Beijing.

A big thanks to the organisers of the Expat Life Awards for broadening the scope of their awards to include categories outside of restaurants and bars, as there is more to do in Beijing than just eat and drink.

More thanks to everyone at Beijing Hikers, as it's their hard work that makes us successful.

And another big thanks to all our hikers! 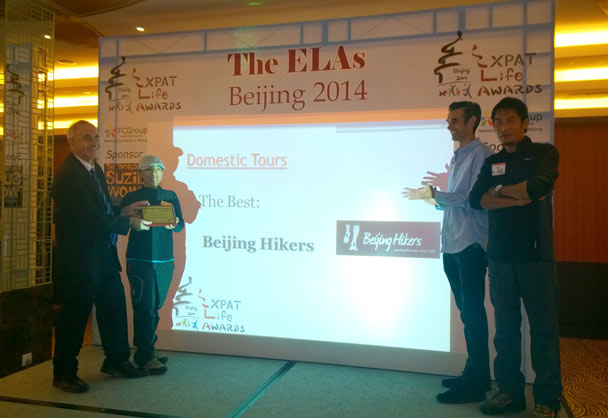 The presentation of the award. 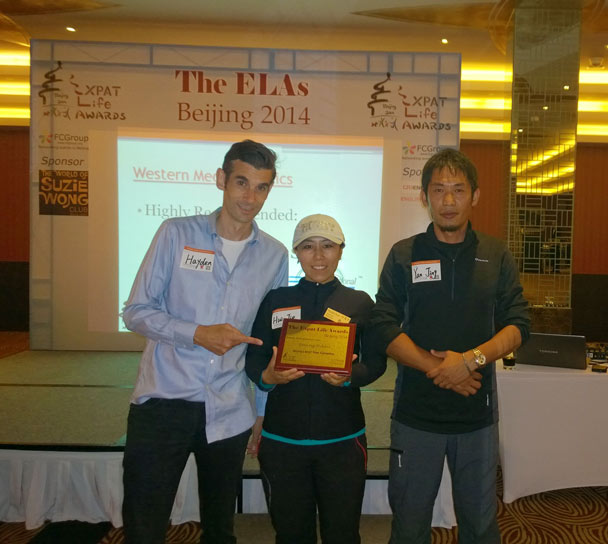