In summer Immortal Valley is filled with the pleasant sound of running water, with streams running down and out of a deep canyon. In winter, the streams, pools, and waterfalls freeze over.

The first half of this hike was very cold - we walked up the canyon, passing frozen pools and waterfalls. The canyon is quite deep, so no sun reaches the path along the bottom. We measured the temperature as -10°C, and we could really feel the chill when not walking.

The second half of the hike was much warmer. We climbed out of the canyon and up on to a ridge, finally seeing some sun. We followed a trail along the ridge, passing rocky outcrops on the way back down to the valley trail. As we walked down we had excellent views of the Miyun Reservoir, the surrounding mountains, and some of the Great Wall in the area. 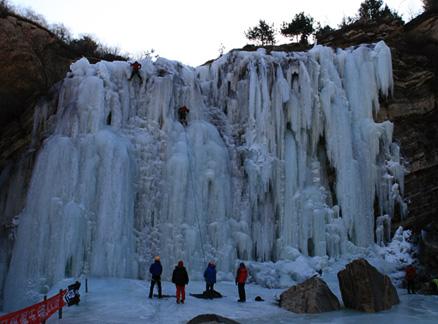 Ice climbers on a man-made wall of ice. 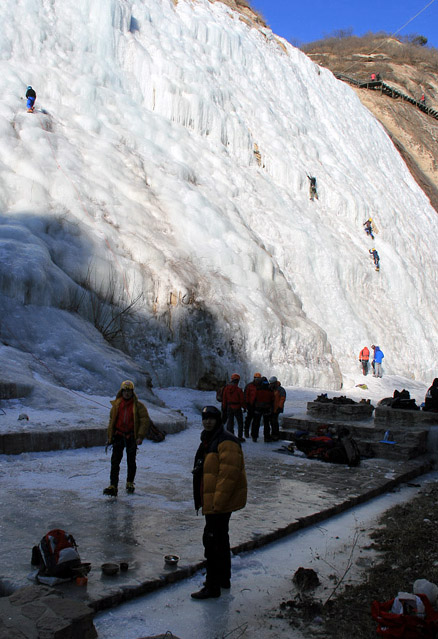 Climbers on the second ice wall in the park. 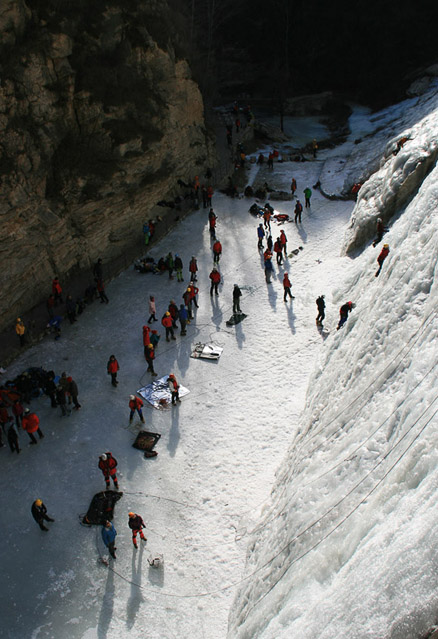 The trail leads up a metal stairway to the side of the wall of ice. 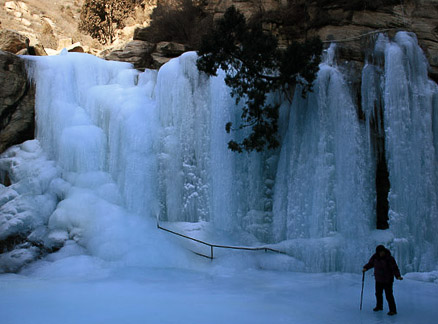 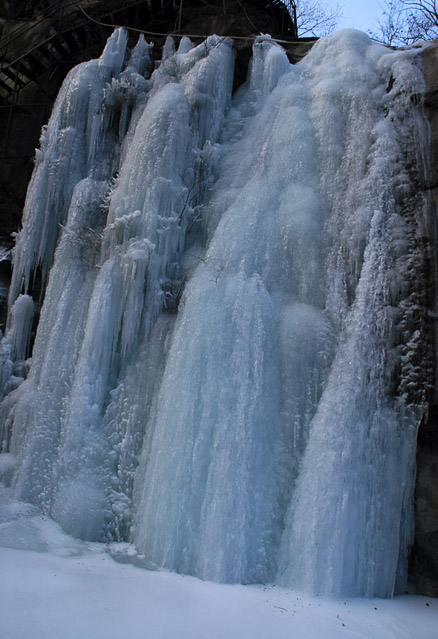 Some of the waterfalls in the park are 'enhanced' by feeding extra water through a pipe. 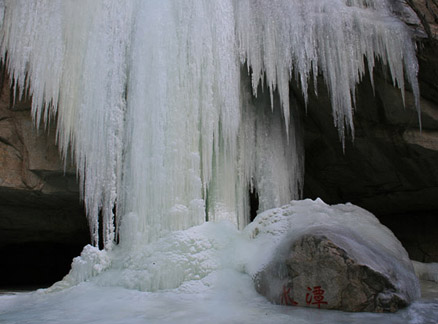 Ice stalactites in front of a cave. 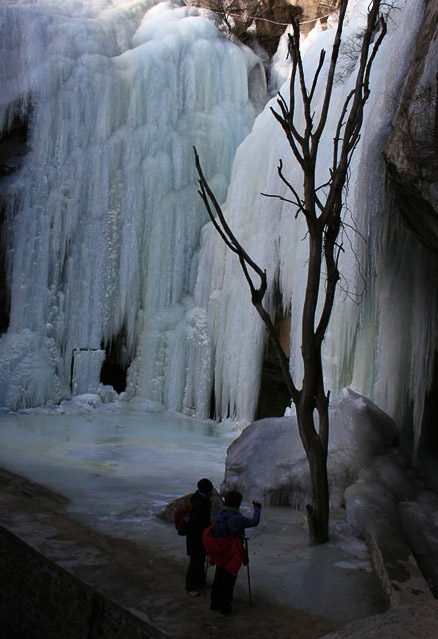 Another shot of the cave. 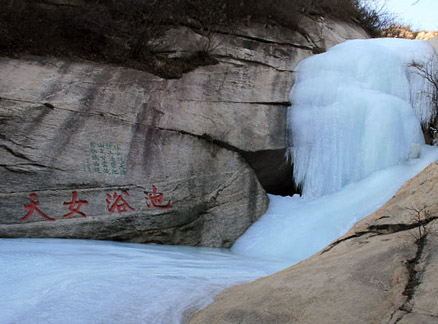 Further up the valley, the streams were frozen into large blocks of ice. The red characters read (roughly) 'Heavenly Fairy's Bathing Pond'. 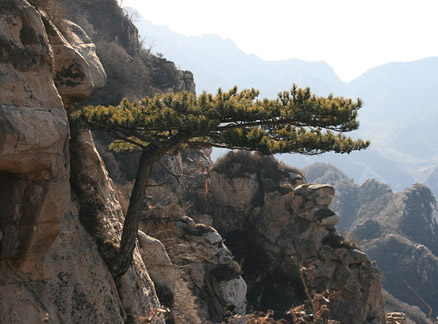 At the top of Immortal Valley there are 360° views of mountains and canyons, as well as this attractive pine tree. 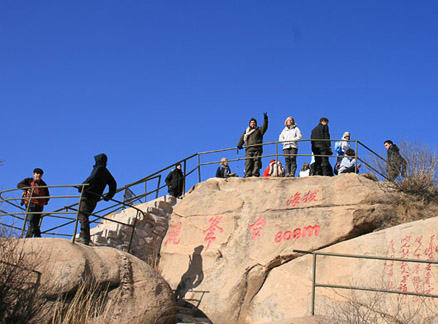 The lookout at the top of Immortal Valley is 808m above sea level.

The sun was out, and we had views of Miyun Reservoir in the distance. 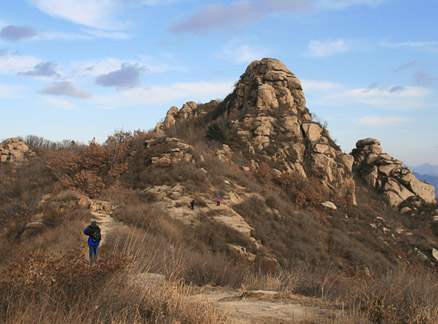 The trail down led below large rock outcrops. 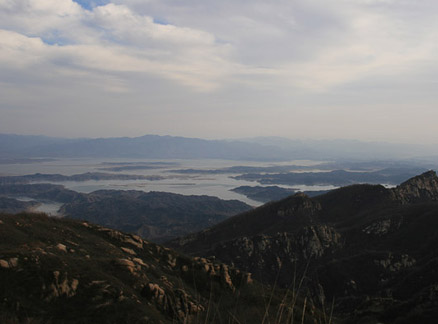 Another view of Miyun Reservoir.