Lotus Pond to Mutianyu, 2010/01/24
Back in the Ming Dynasty, there was a lotus-loving General in charge of the area where we started this hike, and the name 'Lotus Pond' comes from his landscaping efforts. We walked from Lotus Pond to Mutianyu, following the Great Wall the whole way. In places it was quite steep, and we did quite a bit of climbing. After finishing up hiking at Mutianyu we took a short drive to our favourite trout farm for a big meal of Chinese food. This trip was a good opportunity to compare restored and unrestored sections of the Great Wall. 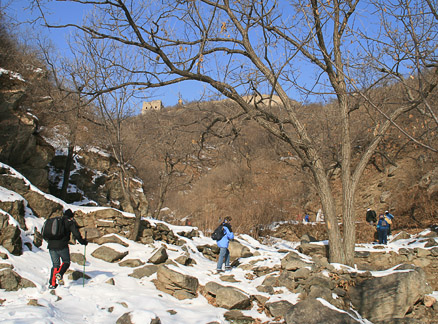 We started out following a snow-covered trail up a narrow valley. 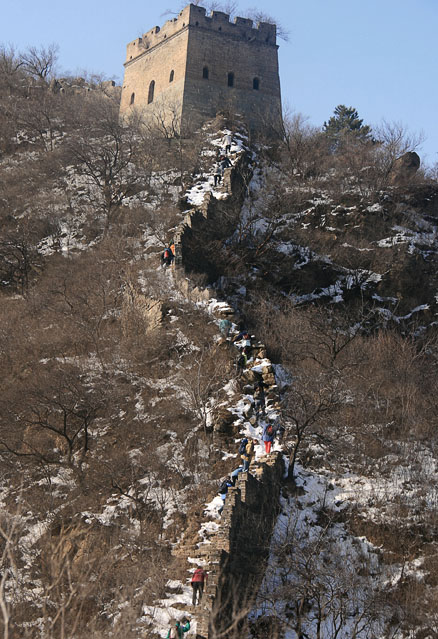 One of the steep climbs of the day. 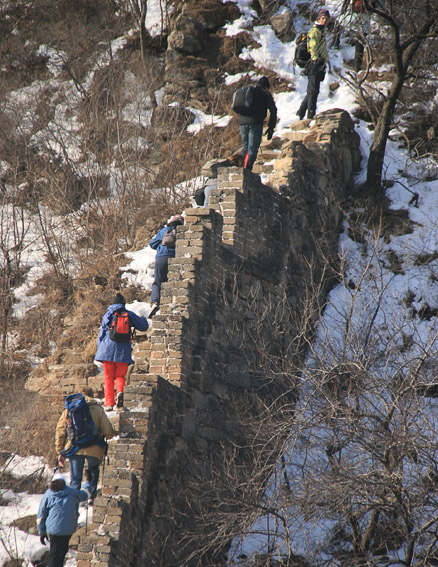 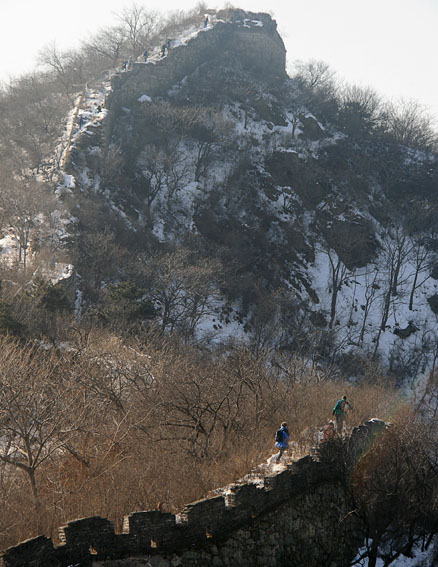 The wall snaked up and over ridges on the way to Mutianyu. 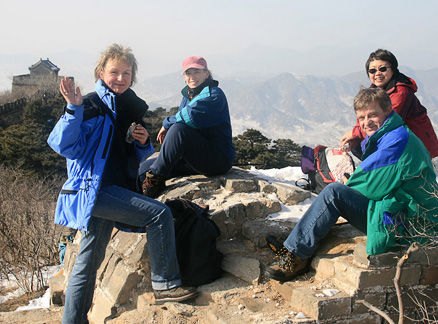 We took a lunch break at the highest point. 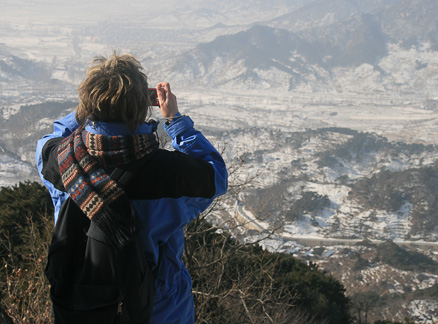 The skies were nice and clear - good for photography.

Great Wall Spur (2010/01/27)
The vicious cold that gripped Beijing this month failed to keep us indoors, but the warmer temperatures for this hike were nonetheless a welcome respite. We started our hike a little farther from the trailhead than originally planned, as a flock of sheep on the road prevented our bus from going directly to it. This proved to be a good chance to warm up our legs, for as soon as we met our local guide and got onto the trail, we quickly began a steep uphill section. Because of the warmer temperatures and a quick pace, many of us began taking off our warmer clothes not long after we started heading up to the top of the ridge. By the time we reached the Great Wall, we were quite comfortable. The scenery was breathtaking, and there were also other interesting sites along the way, such as a cave that was used by Chinese soldiers in the Second World War.

We got onto the wall near the terminus of a section called “The Mistaken Great Wall,” the spur for which our hike is named. At the junction of the spur and the main wall, our local guide related to us the story of the short section we’d just walked. The general who was in charge of building that section miscalculated the direction he ought to have built in, and as a result there was a great waste of resources, labor, and time. Ultimately, he was beheaded and construction continued according to the proper plans. After joining the main wall, we walked along it in the direction of Badaling. There were some gentle uphill stretches, but nothing like the climb at the beginning of the day. We finally left the Great Wall and walked down a trail to a road which led us to the country inn where we enjoyed an enormous, delicious meal before returning to Beijing.

Photos courtesy of Patricia, one of our regular hikers. 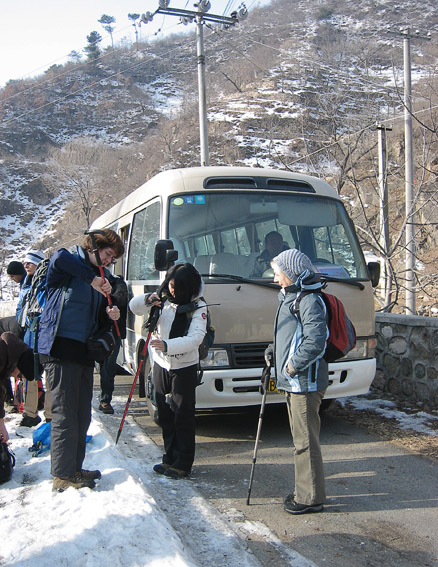 Getting the hiking sticks adjusted correctly. 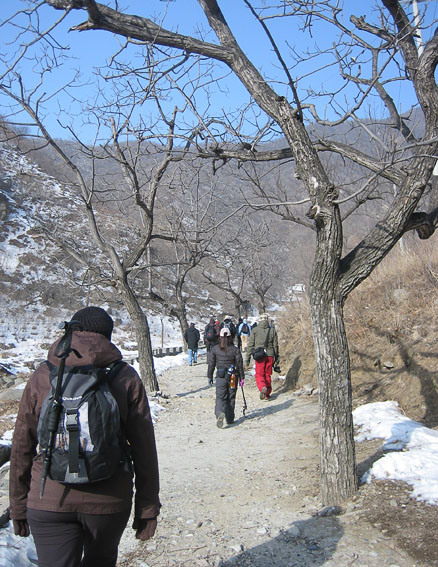 We warmed up with a walk up the valley. 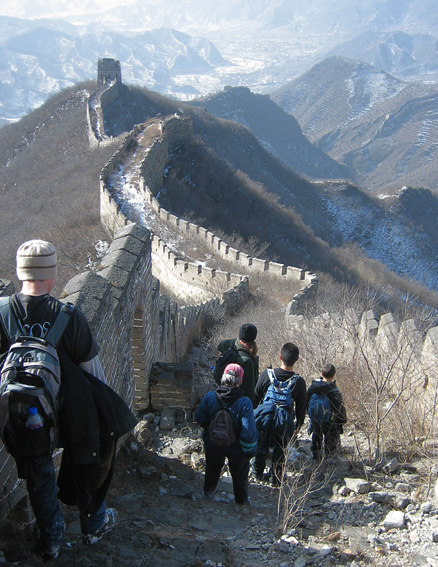 Heading down from the highest point. 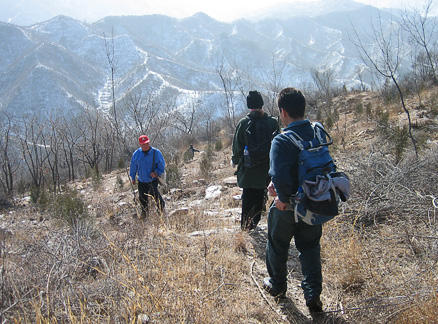 We followed a hill trail after leaving the Great Wall. 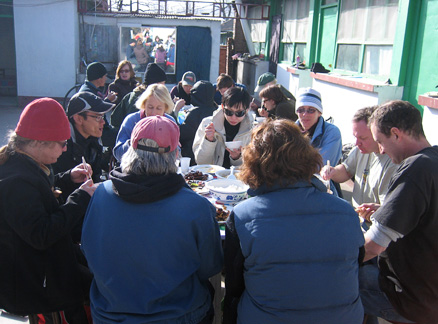 After hiking, we had a tasty meal in the courtyard of a countryside restaurant.