At the start of this hike in Huairou County north of Beijing, our group met Mr. Mao, our guide, near a village and started hiking toward a ridge. The hike is short, but still includes a decent uphill climb which soon brought us on top of a ridge from whence we enjoyed fantastic views of the surrounding hills.

As we made our way up the ridge, we encountered a variety of different natural phenomena which were explained by our resident naturalist, Betsy Taylor.

We continued hiking along the top of the ridge and later descended into a shady valley. We had some snacks there before continuing to the end of the hike. After having a hearty, filling lunch at a restaurant in a village not far from the base of a section of Great Wall, some members of the group hiked up a nearby section of the Great Wall for about 20 minutes to take in more of the fantastic scenery before heading back into the city. 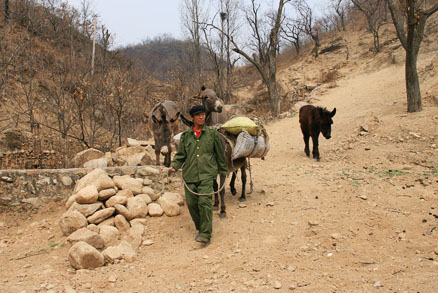 Donkeys are still used in the countryside as pack animals. 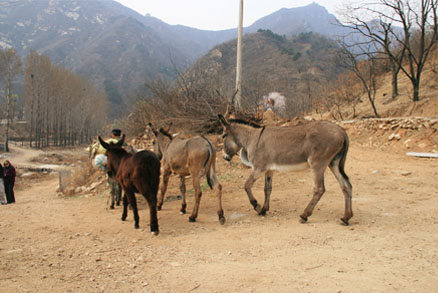 In some parts of the countryside donkeys seem to be more commonly used than mechanized forms of transport and farm machinery. 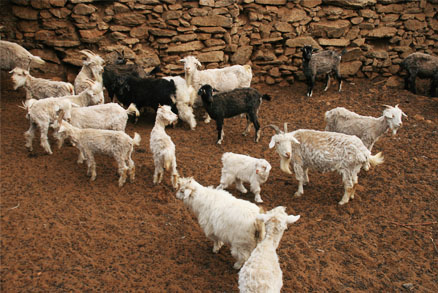 Many of the locals also raise goats. 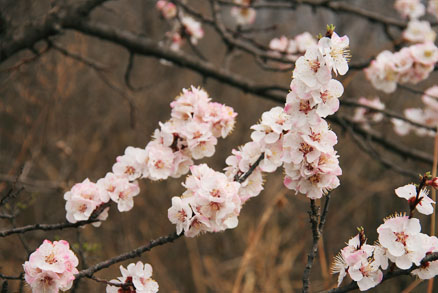 The numerous fruit trees in bloom were beautiful. 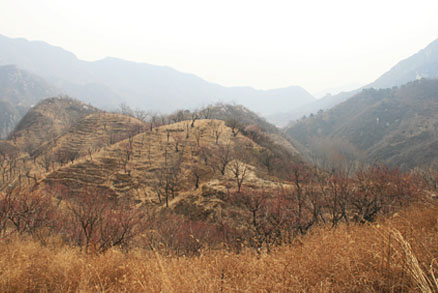 There were many barren orchard terraces nearby. 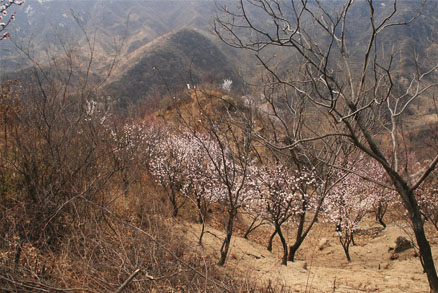 In spite of the dry winter, some of the fruit trees had already started blooming. 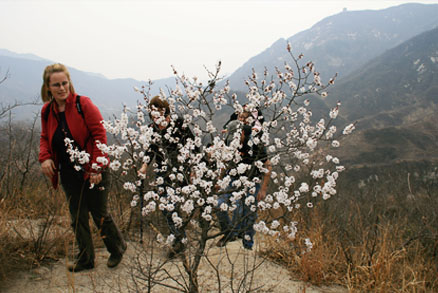 Many hikers found the flowering trees to be one of the highlights of the hike. 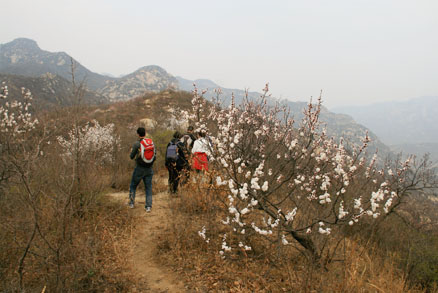 In spite of the hazy skies that day, there were good views of distant peaks. 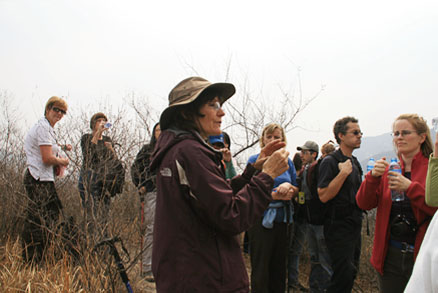 Betsy Taylor, our resident naturalist, was there to explain some things about the flora and fauna of the area. 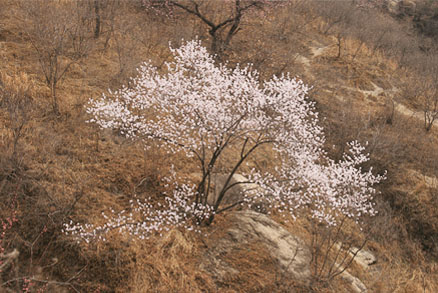 In this region cherry, peach, and apricot trees are in bloom. 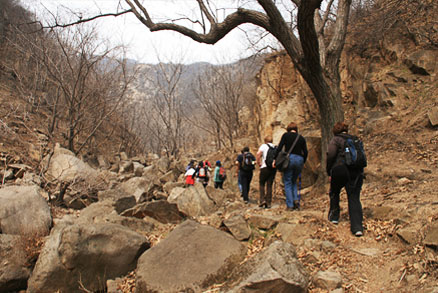 The second part of the hike took the group from the top of a ridge down along the bottom of a valley. 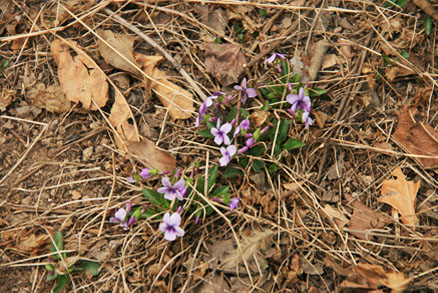 There was also a variety of different types of small flowers blooming along the trail. 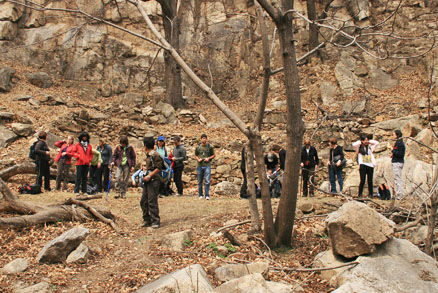 The group taking a rest and snack break on the valley floor. 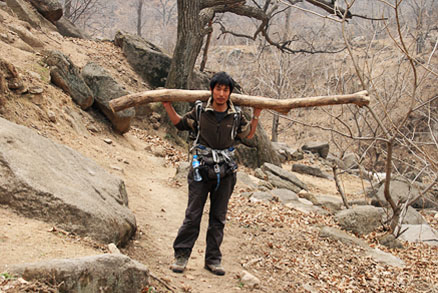 Beijing Hikers’ guide Yanjing carrying a cut log for one of the villagers. 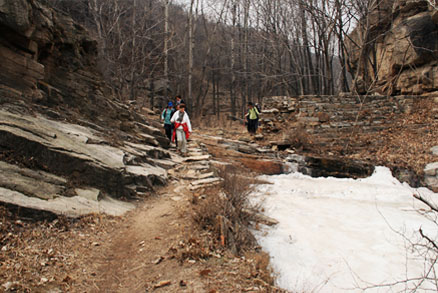 Even in April there were still a few areas at the bottom of the valley with thick ice and snow. 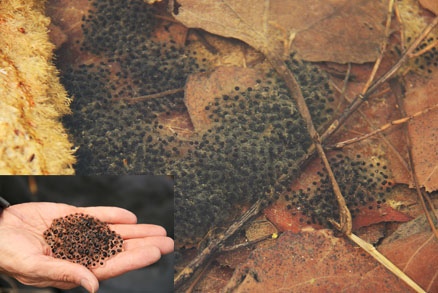 Frog eggs on the way to developing into tadpoles. They could be found in some of the small ponds in the valley. 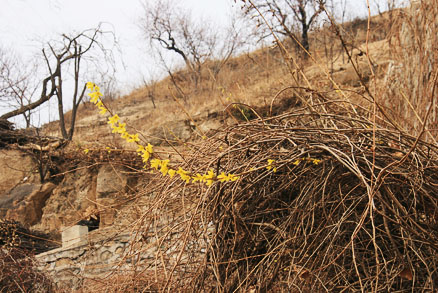 A string of bright yellow flowers brightens up the dry landscape. 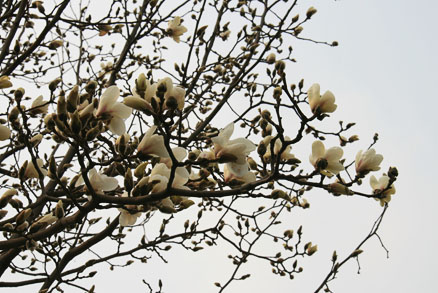