We do a lot of hikes in the mountains in the northwest of Beijing, and there are quite a few ancient villages in the valleys out there. After we learned that one of the villages has an active group of performers, we decided that we should definitely have them put on a show for us!

They perform a style of traditional opera called Hebei Bangzi. It's very similar to Beijing Opera--to the untrained eye and ear, at least--and uses many of the same stories. The leader of the group was trained at the old school in Changping, and is trying to keep this traditional art alive by passing on his knowledge to others in the village. Without some younger students, the tradition in this area is in a bit of danger - the youngest in the group is 56 years old; the oldest is over 80!

They put on a great performance for us, using the courtyard and stage in the village temple to do a show with two acts, accompanied by an amusing band of gaffers with a variety of instruments. 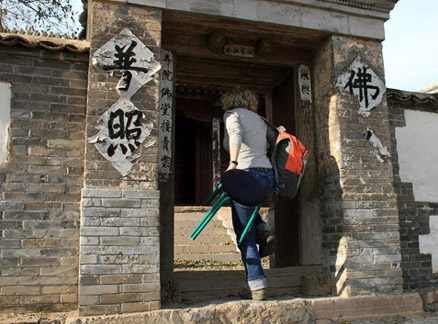 The entrance to the temple. 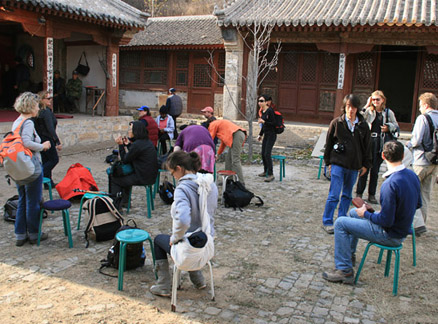 We set up our seats in the courtyard, and got ready for the show. 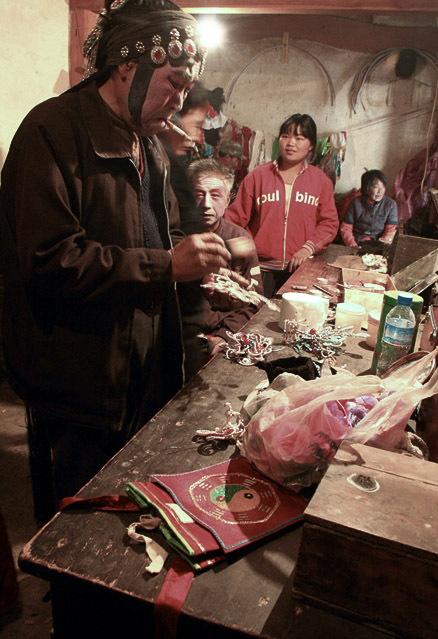 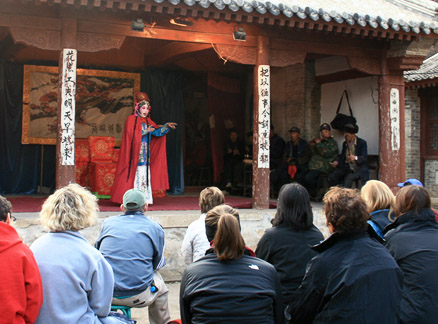 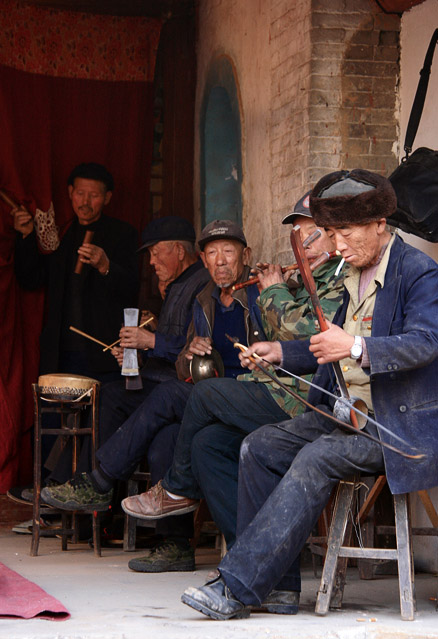 The gentlemen of the village band. 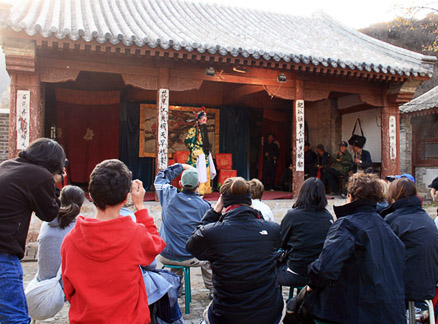 The costumes and makeup worn by the performers were very professional. 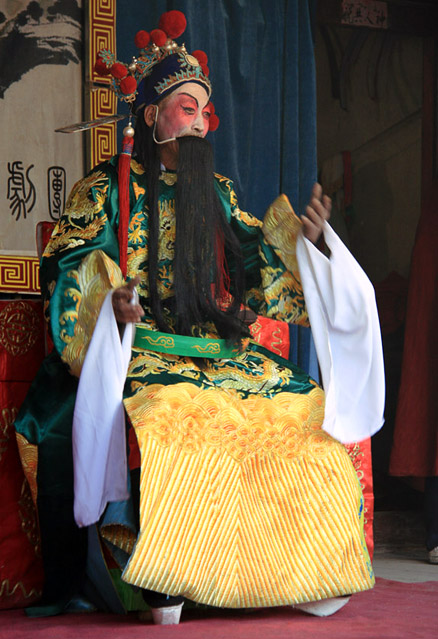 A closeup shot of one of the performers. 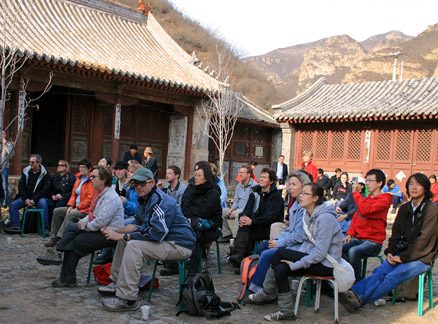 The audience looks on. 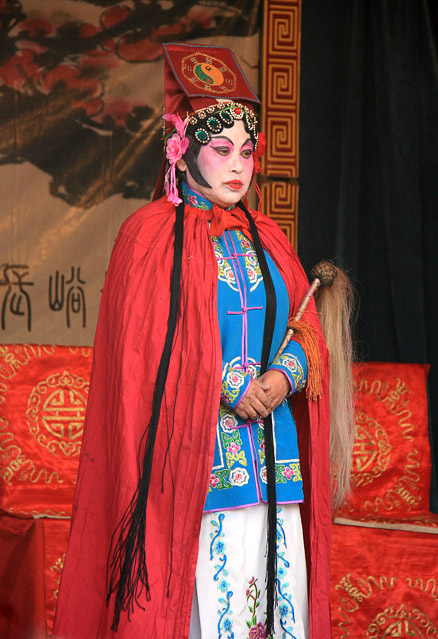 A closeup of one of the performers. 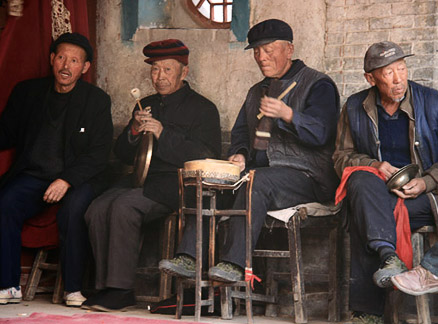 Another shot of the band. 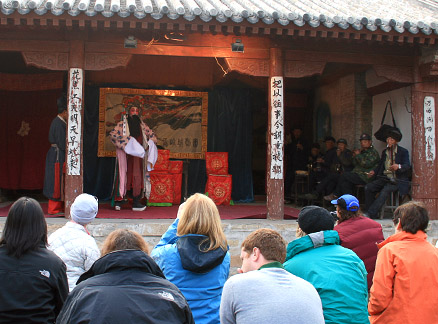 Nearing the end of the second act of the performance. 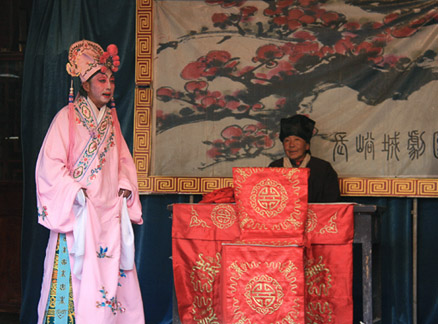 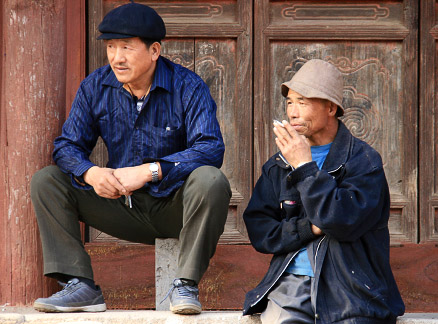 The villagers came out to see the show as well. 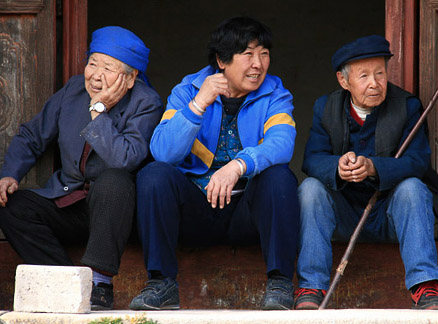 For some of the villagers, we were the main attraction. 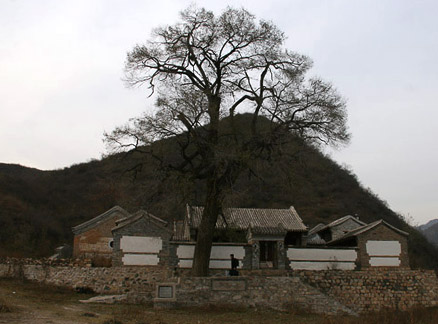 All packed up, we left the temple, walked to the bus, and headed back to the city. 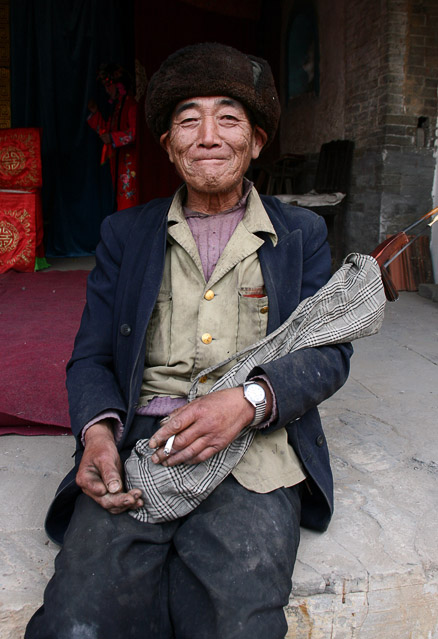 This was one of our favourite performers. Seldom seen without a cigarette, even when playing!