The Great Flood hike follows a very scenic hiking trail that finishes near the Miyun Reservoir.

On this visit, we started off following a mostly-dry river through a boulder-filled canyon, before climbing a steep valley to a pass on the ridgeline. After a break for lunch in a shady spot, we walked through grassy meadows and terraced fields on the way to a village that was abandoned after a particularly large flood. We then followed the river out to meet the bus before heading back to the city. 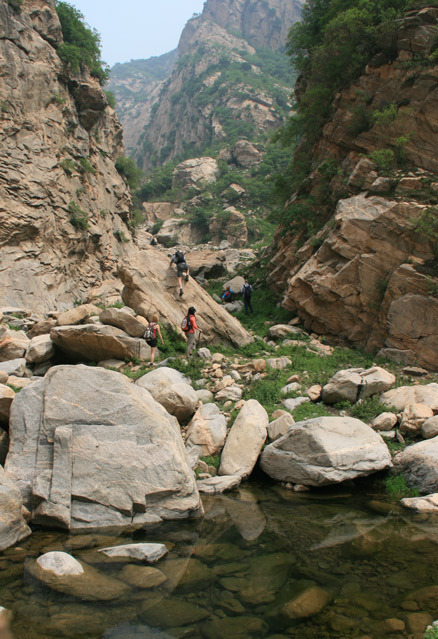 We passed clear pools of water and large boulders halfway up the first canyon. 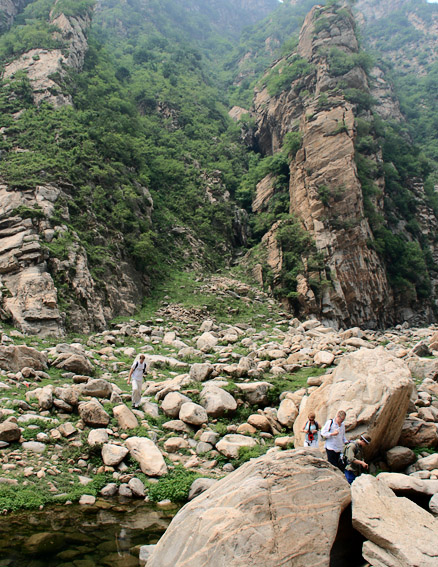 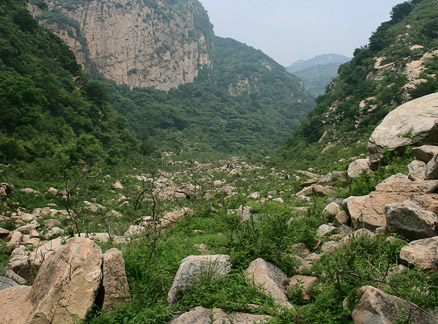 We picked a path through the rocks and small bushes on the way up the canyon. 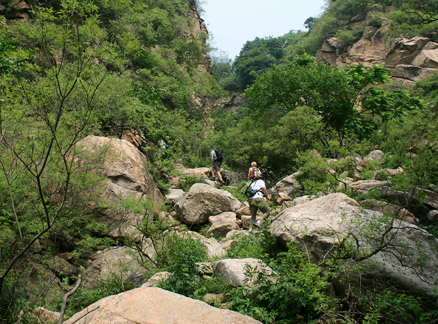 At the top of the canyon, we followed a path up into the bush, heading for the pass on the ridge. 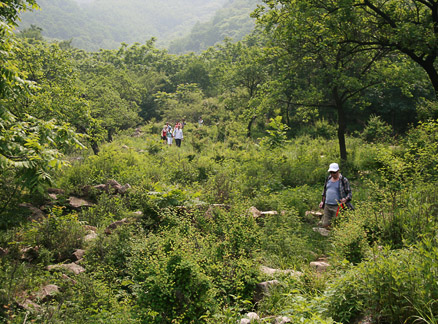 After crossing the ridge, we walked a zig-zag trail down through a valley that was filled with old trees, terraces and weeds. 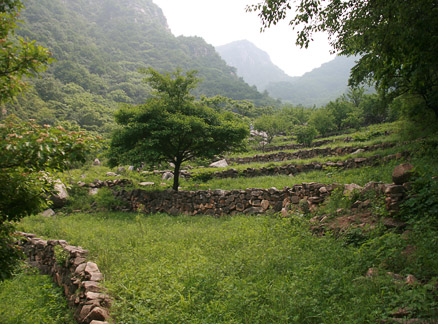 After a flood washed out the access road the fields and orchards were not worked so much, as it became too difficult to transport the produce to market. The terraces are still tidy, but not actively used. 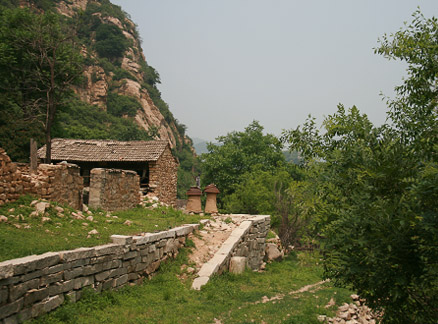 Not far from the river there are a few stone houses. Sometimes we see the inhabitants--and their sheep and donkeys--but on this visit all was empty. 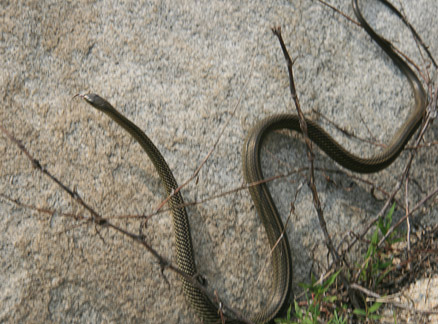 Near the river we spotted a snake slithering about. Our local guide identified it as a non-poisonous variety, and told us how he sometimes catches snakes and sells them to the city folk. This snake was about 1.5 metres long - just about the right size to fetch a decent price. 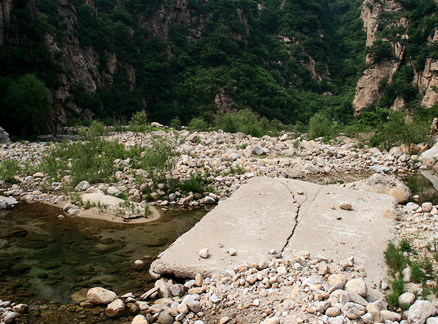 On our way out of the second canyon, we spotted some of the sections of road that were washed out by the flood. 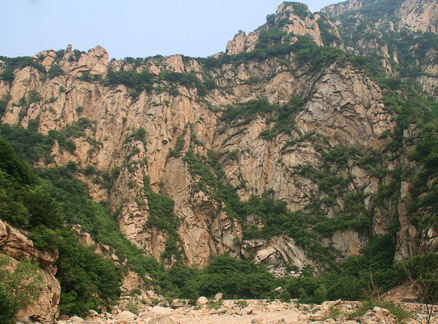 Where the first canyon was narrow and rocky, the second was broader, with high cliffs on either side. 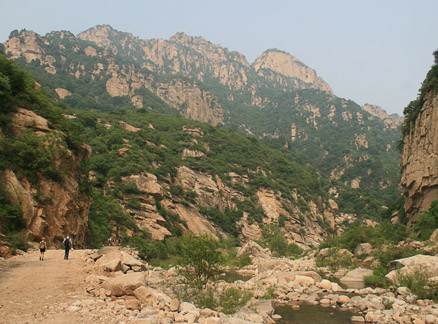 The park at the bottom of the second canyon have been slowing fixing the road, and plan to concrete it right up to the abandoned village.