Two days of hiking, both very different - one rather tough hike on a cloudy and misty day; and one very easy hike on a day with sunny weather, ending up with a police escort!

Walk Like a Pilgrim - September 19
This hike follows an old pilgrim trail in the mountains to the west of Beijing, and passes two temples. The day was cool and misty; for a lot of the hike we were walking in clouds. 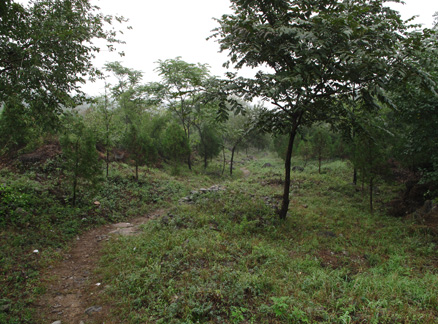 Path through the trees, heading for the mountains. 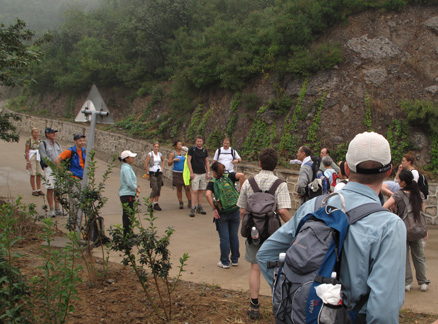 Taking a rest at the firebreak road. 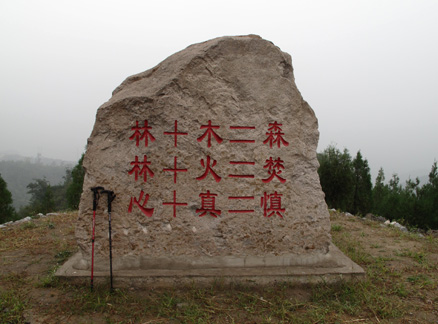 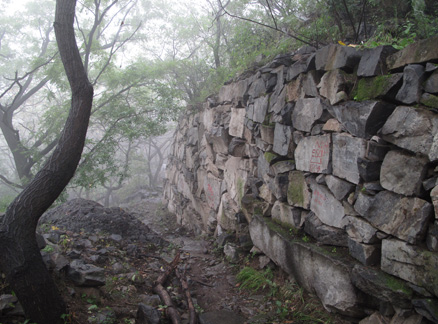 An old wall that was part of a teahouse that served pilgrims during the Qing Dynasty. 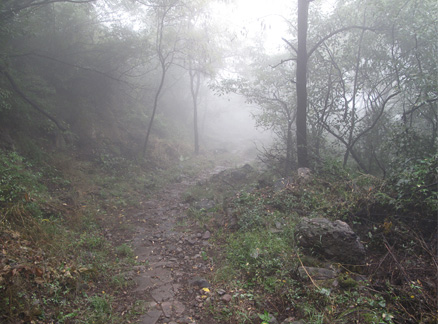 The trail on the way up the mountain. 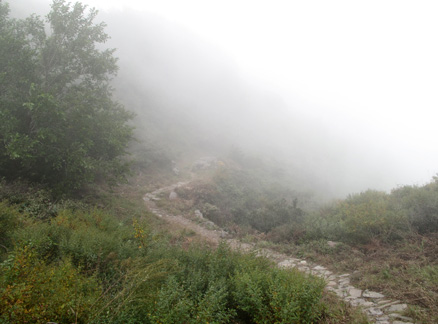 The trail at the top led through clouds.

The name of the village is a reference to an old local tradition that your coffin should be prepared in advance, and stored in one of the many rooms in the courtyards and temple.

We had enjoyed great weather on this trip, the village was very interesting, and we arrived in time for a special performance. Because of the upcoming 60th Anniversary celebrations, the village leaders were a little 'politically sensitive,' supplying three people to keep an eye on us at all times, and organising a four-car police escort to make sure we didn't take a wrong turn on our way back to the motorway ... about an hours drive from the village!

Statistics: Thought it sensible to keep the GPS out of sight during this trip. 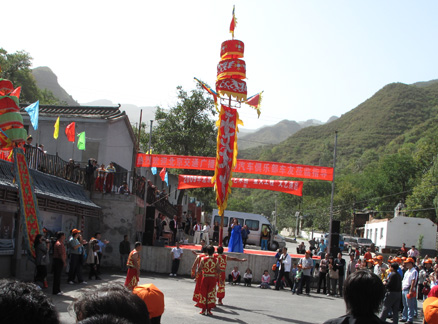 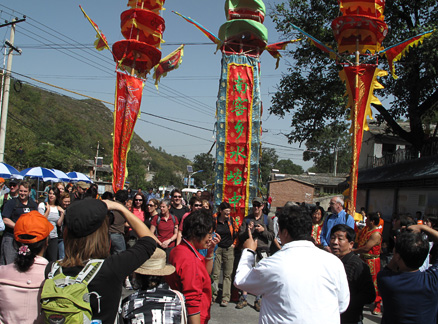 A group photograph was required to get on the good side of the village boss. 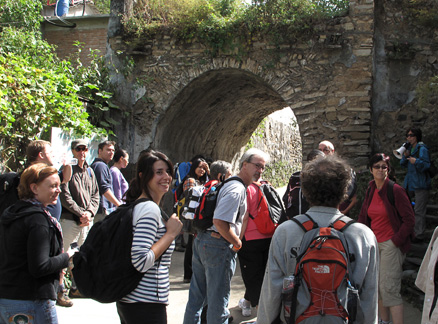 The gateway to the village. 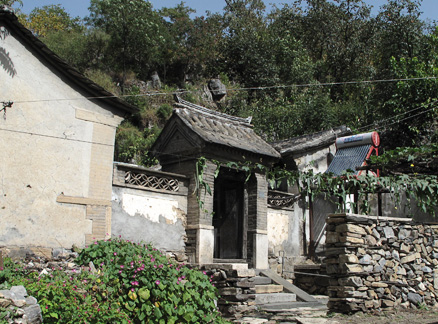 A view of one of the many courtyards in the village. 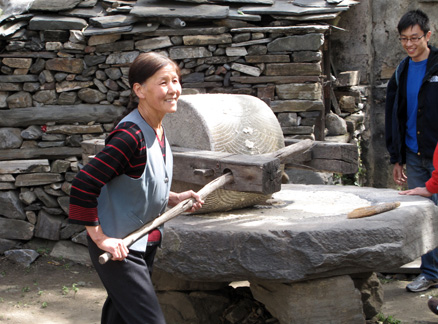 One of the 128 grindstones - a world record collection**, and all operated by the womenfolk it seemed. 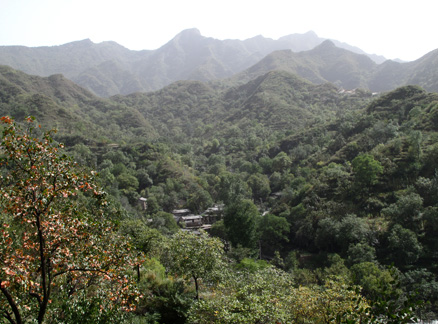 After a short climb, we got views of the village in the valley. 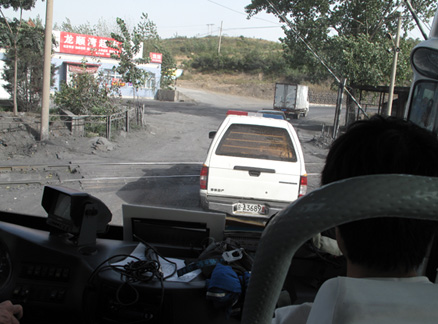 Our VIP treatment concluded with an escort to the motorway.