The hiking trail took us through soon-to-be green hills and past wild peach blossoms, up and over a 1,000m high ridgeline and down to Dajue Temple, a historic imperial temple in Beijng's West Hills. Along the way we took plenty of photos – read on to see them all!

Starting in a hawthorn orchard at the foot of the mountain, we climbed all the way up to the top on a dirt trail winding through a pine forest and a rocky section near the middle of the route.

Passing by beautiful vistas and the lovely smells of wild flowers, we passed a disused fire warden’s hut on the way to Phoenix Ridge, the high point of this hike. After a break for lunch, we headed down the paved pilgrim path, heading for Dajue Temple.

Dajuesi Temple was founded in 1068 during the Liao Dynasty (907-1125), and is one of the most famous monasteries in Beijing. It exhibits the typical east-facing orientation of the sun-worshipping Liao, in contrast to most other temples in China that are oriented to the south.

We took a tour of the main halls along the temple's central axis, getting a good look at all the Buddhas and Bodhisattvas. Then, on the south side of the temple, we saw the rooms where the emperors would have stayed in when they worshipped here. Finally, on the northern side, we paid a visit to the rooms where the Buddhist abbots and monks lived and we saw the oldest magnolia tree in Beijing—just about to bloom!

After the temple visit and hike we enjoyed beers and snacks, celebrating this interesting and unforgettable day that transported us out of the hustle and bustle of Beijing. Cheers! 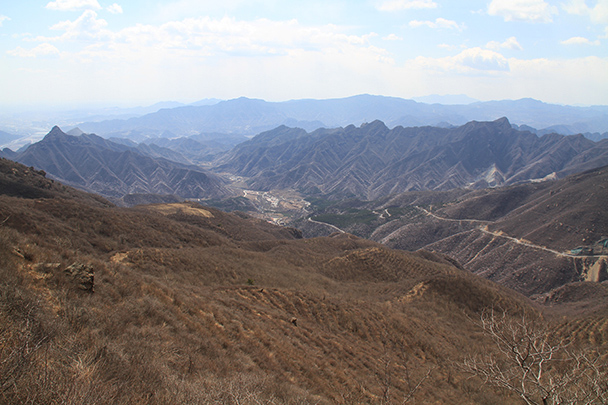 The panoramic view over the rolling hills and the town in the valley where we began the hike. 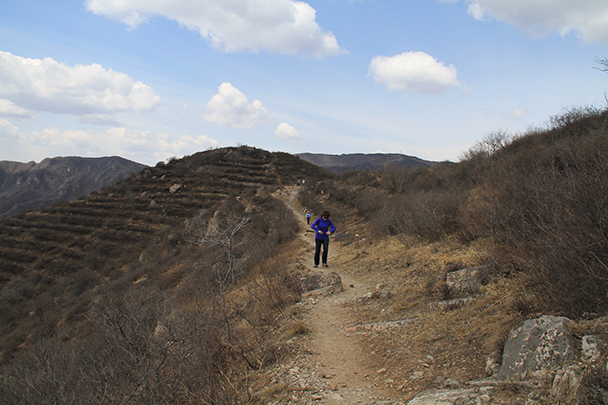 A dirt trail skirted the highest points of the ridge. 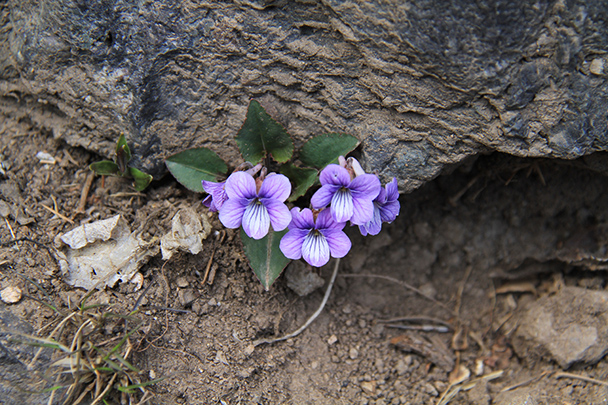 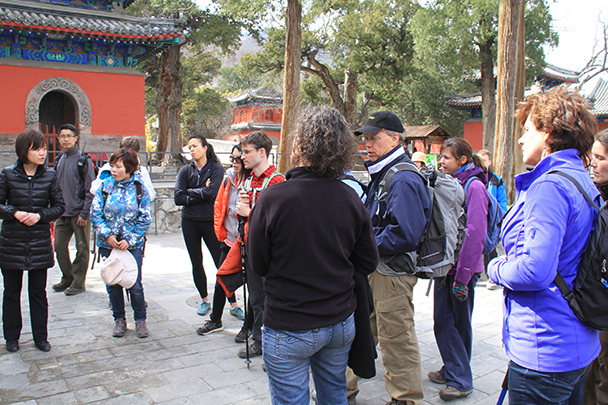 At the temple, we hired an expert to give us a tour and explain some of the finer points of what we saw. 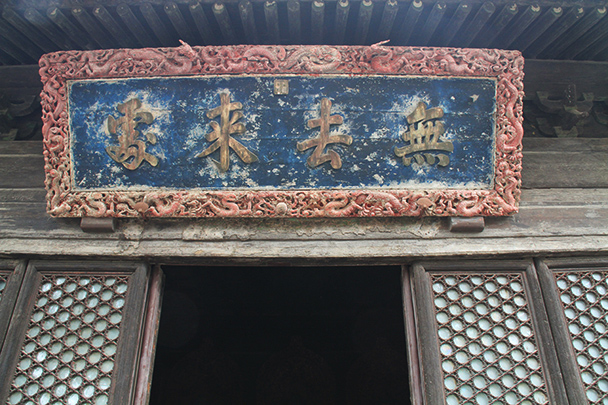 An inscription written by the Qianlong Emperor (1711-1799), the sixth emperor of the Qing Dynasty. 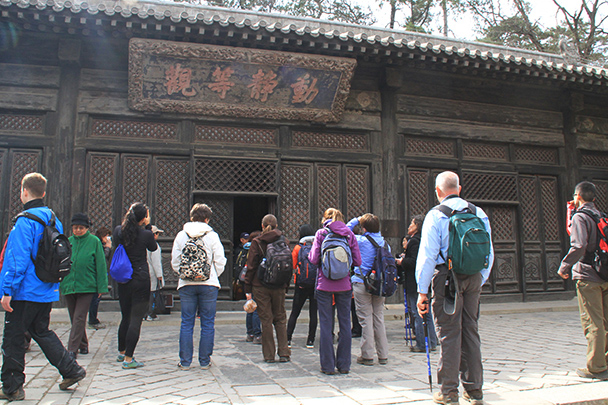 Another imperial inscription, extolling the Buddhist concept of being dynamic as well as static. 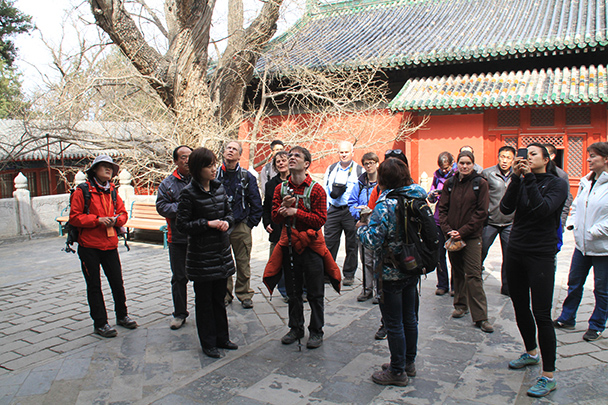 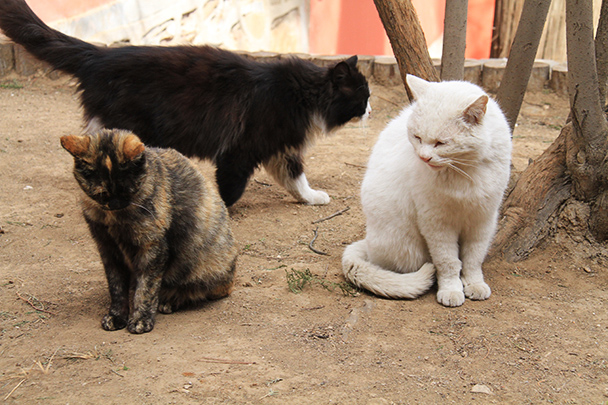 Temple cats on a spring day, guarding the monastery in between naps. 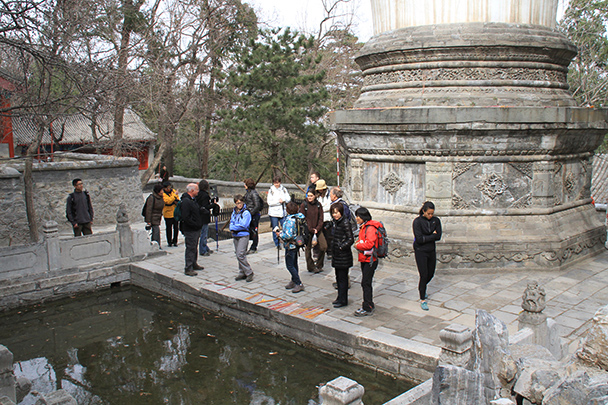 Behind us is the pagoda for an eminent Buddhist abbot, built in 1747; in front of us is the mouth of the holy spring and the Temple of the Dragon God. 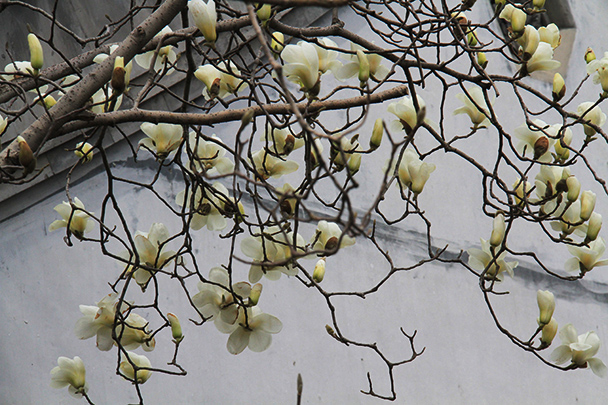 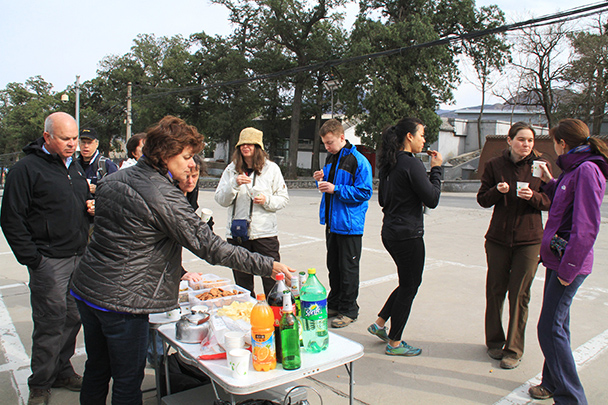 After half a day’s hiking and the temple visit, nuts, cookies, beer, tea, and other drinks brought a merry end to a great day.