We headed out to Changping District to do our Tomb Raiders hike, a trail in the hills behind the Ming Tombs in Changping. After the hike, we made a visit to the Sacred Way, the official entrance to the tombs.

The hike started at a village named Dongshuiyu. We followed the village road out to the back of the village, and then on and up through valleys and hills on trails that were fairly bushy.

When we made it up to the ridgeline we were treated to excellent views of the surrounding mountains and valleys, and we could spot the roofs of several of the Ming Tombs further out on the plain.

We finished the hike at the Tomb Caretakers village, where we had a big meal at a farmer's house before heading on to the Sacred Way.

The Sacred Way is one of the major Ming Tombs landmarks, with the Big Red Gate marking the official entrance to the tombs area. We walked through the gate and followed the straight road through lines of trees flanked by statues of animals and officials. 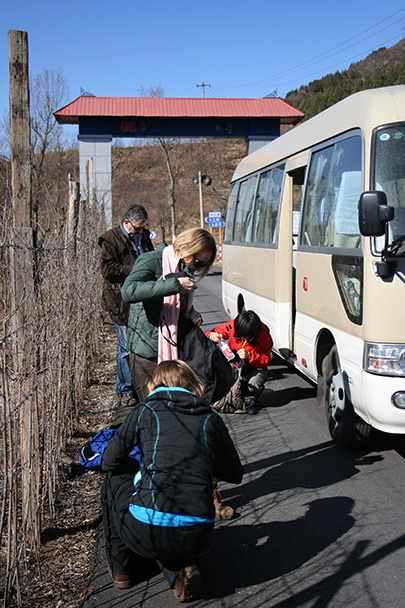 Getting ready to start the hike. 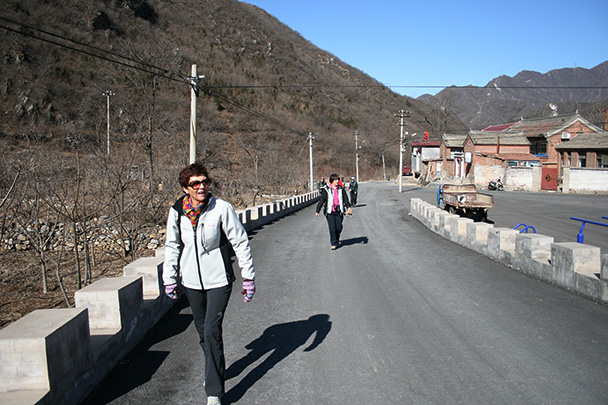 Hiking on the road through the village. 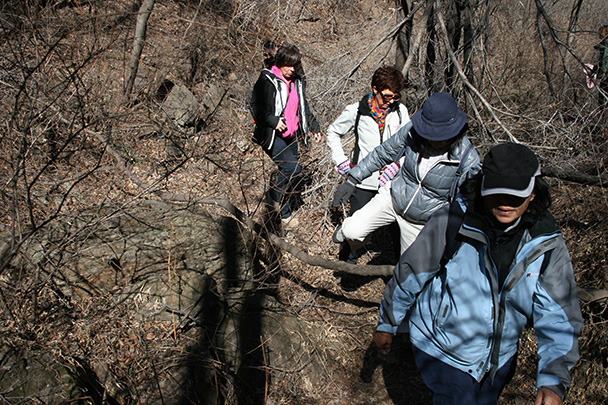 We followed a bushy valley trail up towards the mountain ridge. 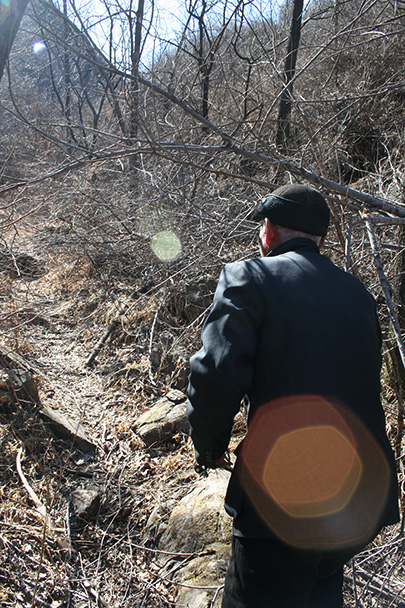 Our 75-year old local guide helped chop a few trees for us. He's got some great stories! 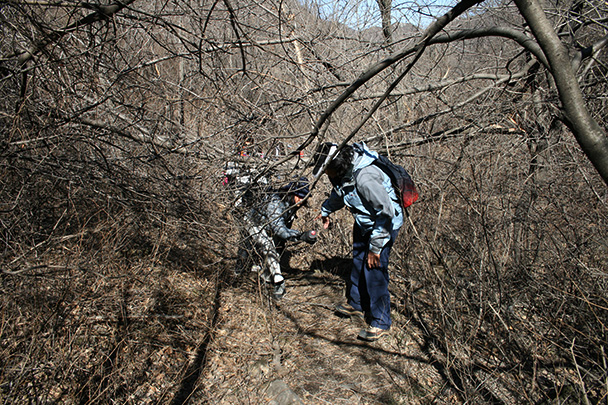 Some places we couldn't chop, so we had to duck down to pass. 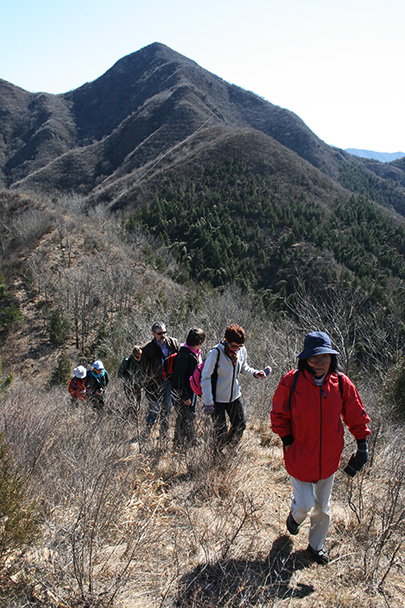 A dirt trail took us to a high peak. 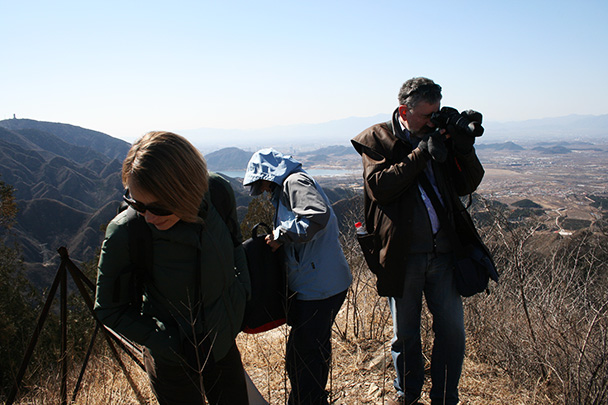 The high peak is an excellent place for photos, especially with the weather so clear. 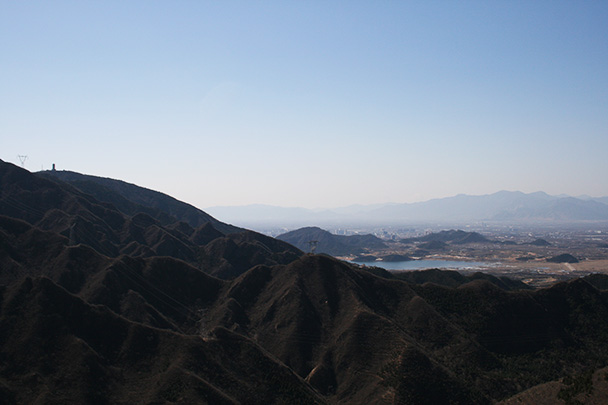 Views of ridgelines and the plain below. 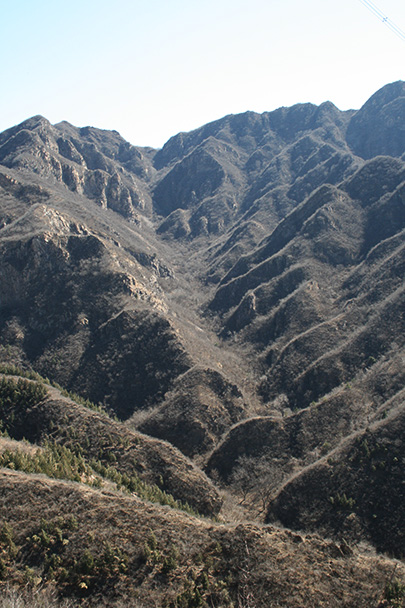 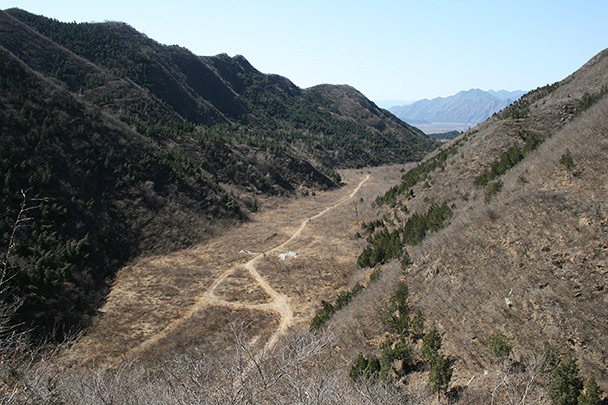 A dirt trail will take us to the Deling Tomb, located at the mouth of this valley. 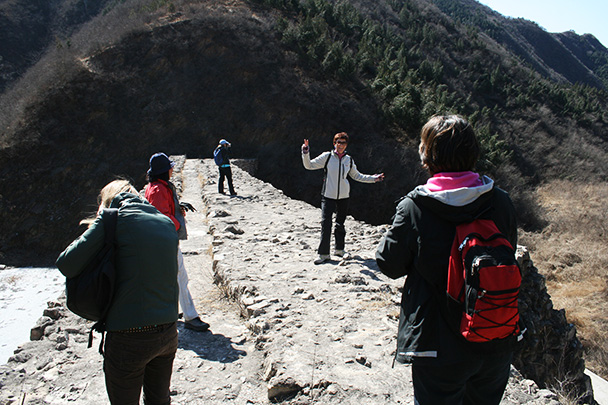 Photos time at a small dam! 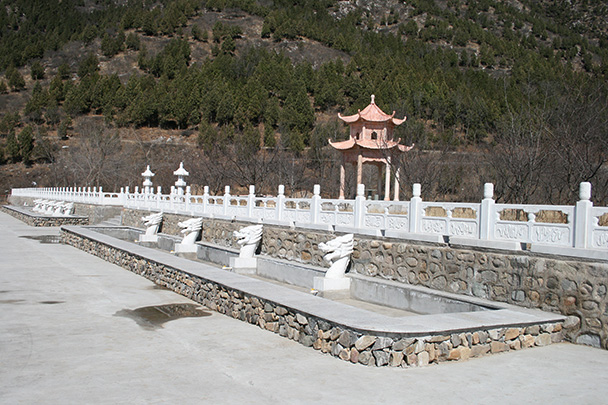 This area is going to become a public graveyard. 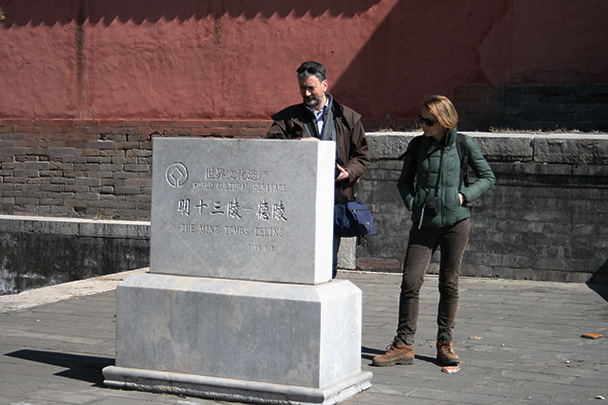 Reading some information about the Deling Tomb. 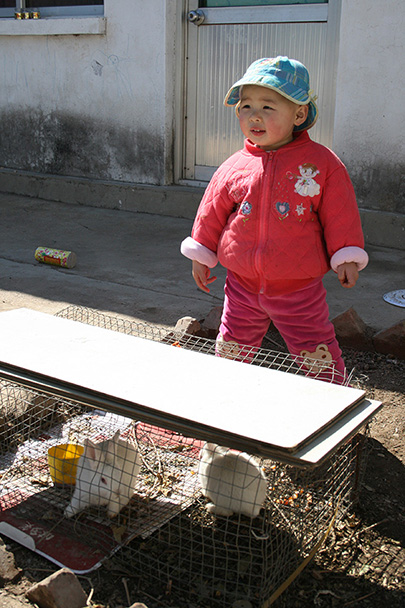 A toddler displays her rabbits.