The Great Wall Spur is one of our most popular hikes, and is named for a section of Great Wall that branches off the main line and ends at a cliff face. One story says that the spur section was built by mistake!

We'd planned to do a different hike this day, but heavy snowfall in that area forced a change to the plan. It worked out as a good change, with amazing snowy scenery seen all day. In the distance we could also see the area in which we'd planned to hike, totally covered by low dark clouds.

While the views of snow covered trees and Great Wall were spectacular, we could imagine the tough life that members of the Great Wall garrison led during the winter. Quite chilly!

The roadside scenery was a good indication of what to expect later in the day. 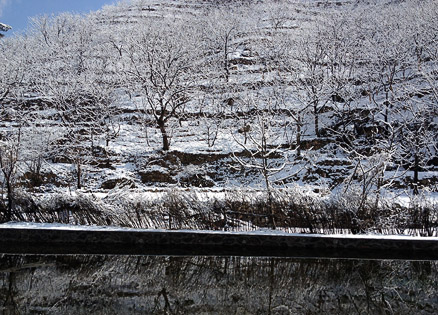 Snow-covered trees reflected in the water of a canal. 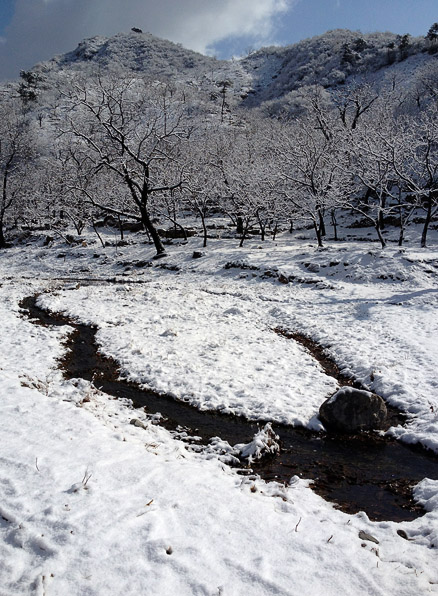 A stream flows through a snowy field. 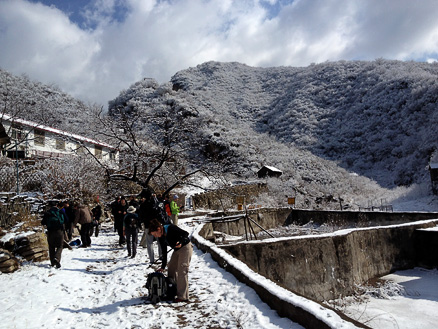 We took a short break at a disused hotel before the long climb up to the wall. 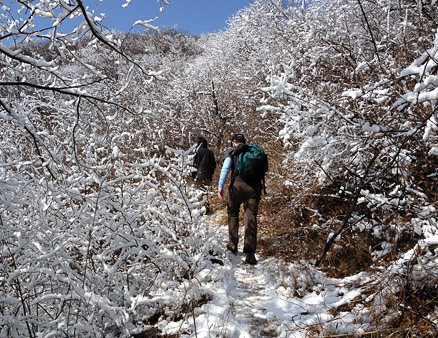 We followed the trail along the hillside, through snowy scenery. 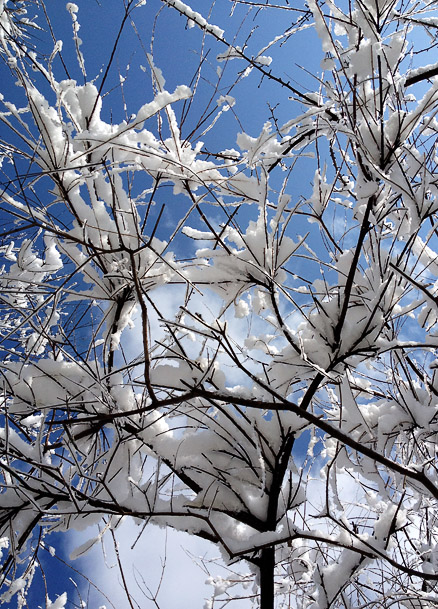 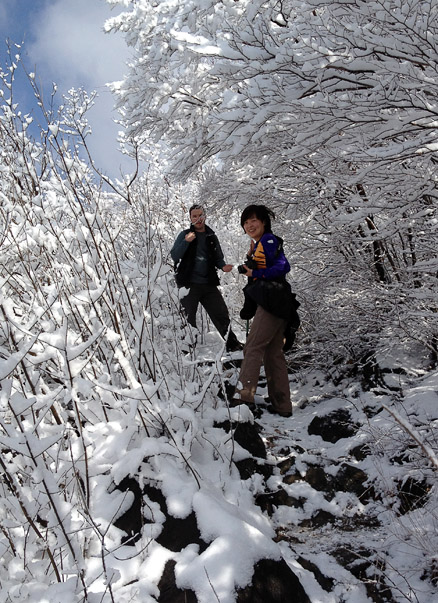 We had to proceed carefully through the snowy forest, or risk getting a shock from a sudden load of snow down the neck! 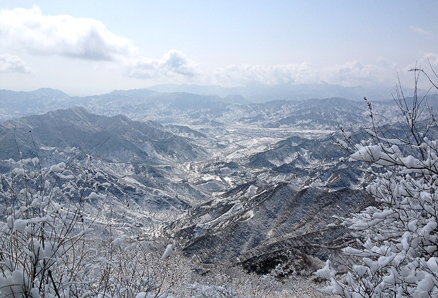 A view back down into the valley we started from. 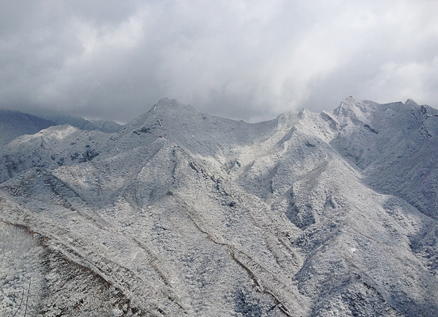 The cloud-covered hills in the background were where we had originally planned to go. It was much nicer on this side of the hill. 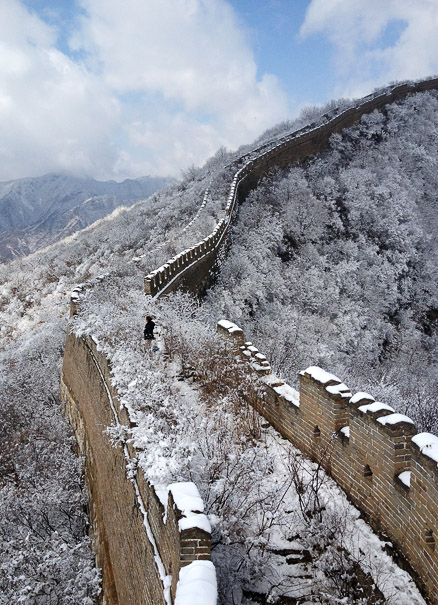 A rare sight this winter—the Great Wall, covered in snow. 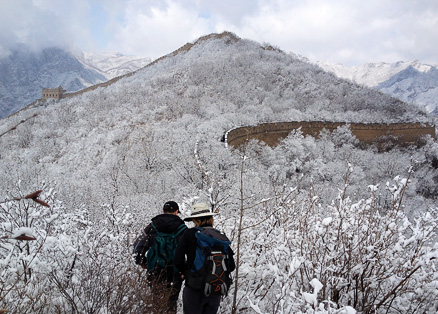 The Great Wall rises and falls as it follows the contours of the hillside. 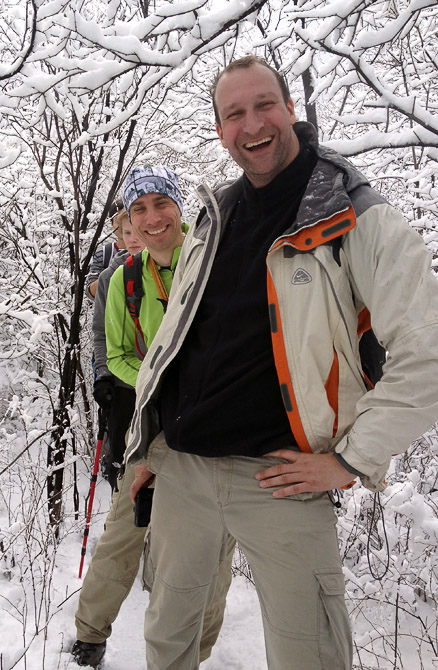 Everyone was thrilled to hike in this winter wonderland that day! 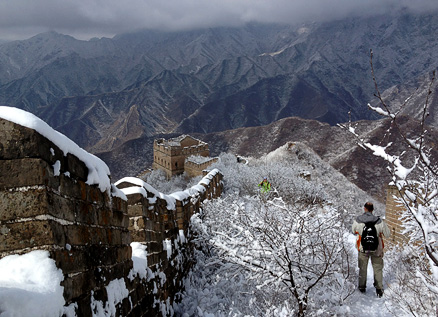 The steep downhill sections, made slippery by the snow, forced each hiker to exercise caution during the descent. 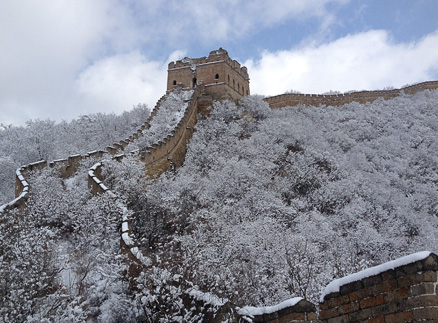 Looking back at a tower we had passed through. 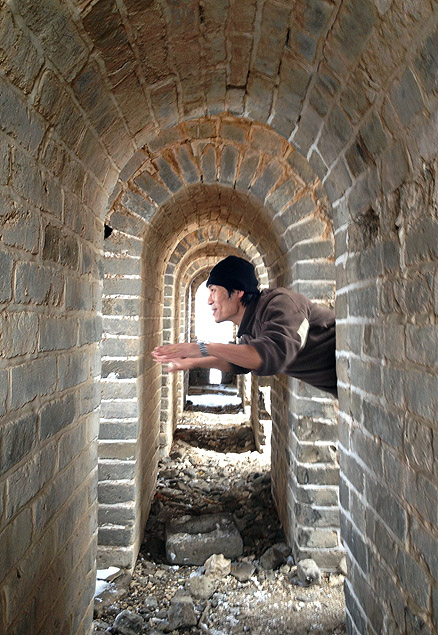 Super-guide Yanjing, flying through the tower. 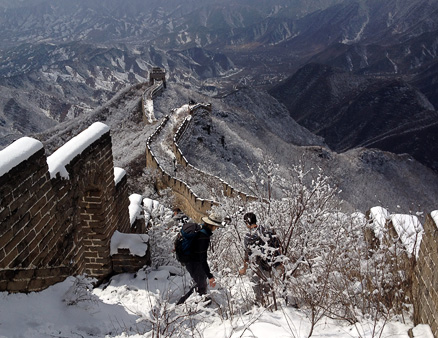 Starting the steep descent into the valley below, where the hike ends.