We had not been on the Immortal Valley hike in Miyun County since before the big snowfall at the start of the new year, and so we were expecting the scenery to be very different from what we usually see. On our way up the park trail, we passed groups of ice-climbers taking advantage of the impressive, man-made icefalls. We stayed quite warm as we made our way up the valley, but would quickly cool down whenever we paused for a rest. There were a few frozen pools that we had to carefully make our way across, but for the most part, the walk up to the peak was an easy one. The sky was relatively clear, and so we had excellent views of the surrounding area. We could see Miyun Reservoir, the peak that is the highest point of our Round Tower Great Wall hike, as well as the gorge that our Great Flood hike follows. The frosted peaks in the distance and snow-covered ice on the reservoir were all stunningly beautiful.

The hike back down from the peak got off to a shaky start. We were the first people to walk on the trail since the big snow had fallen, which meant that we were breaking a path. At one point where we had to get up a slippery bare rock face, we seriously considered turning around and descending by the way we had come up. However, once the group cleared that obstacle, it became clear that we could make the rest of the way and so we set off along the trail that followed the top of a knife-edge ridge before turning downhill into a series of switchbacks. At times our movement more closely resembled skiing than walking! The mountain path linked back up with the park trail that led back to the bus. After finishing the hike, we warmed up with soup and tea at a nearby country restaurant and then set off back to the city. 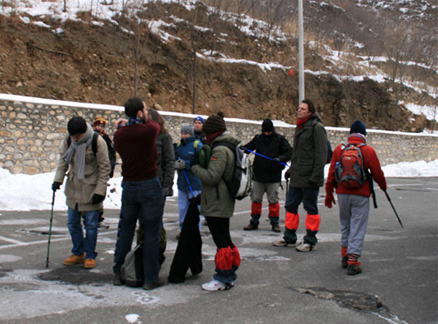 Getting ready to start hiking. 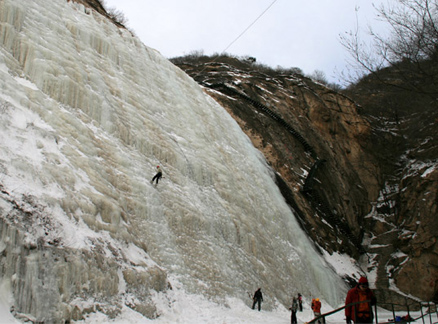 In summer, this is a giant slab of bare rock; in winter, water is directed down its face to form a good surface for iceclimbers. 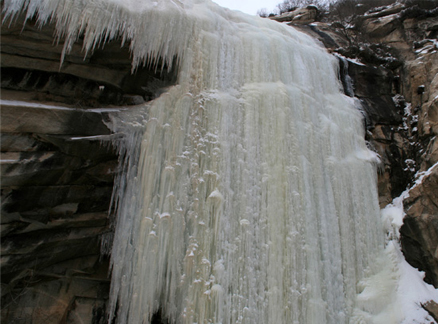 Throughout the park, water freezes into pretty formations. 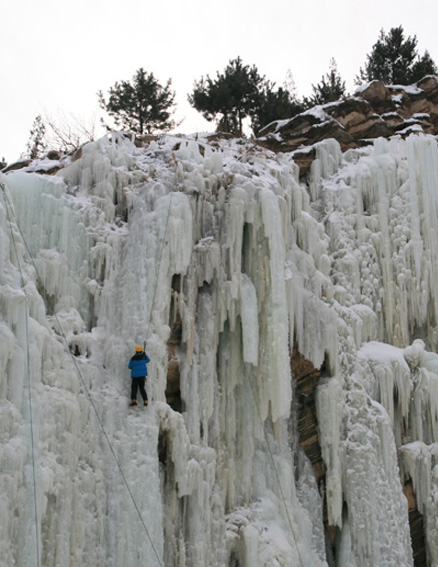 This climber has almost made it to the top. 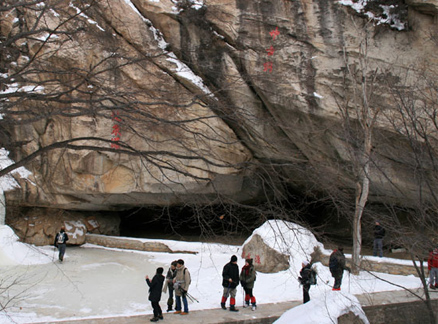 The Immortal Valley park is full of interesting rock formations and caves. 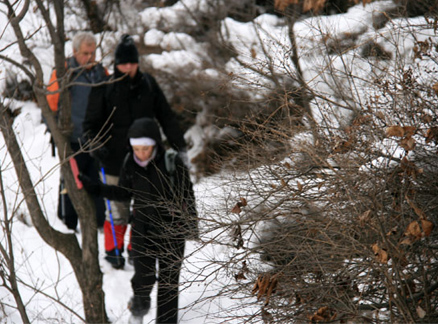 After walking up past the cliffs, we followed a forest trail up to the top. 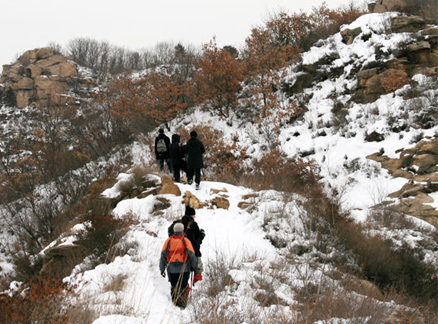 After getting off the regular park trails, we found a lot of fresh snow. 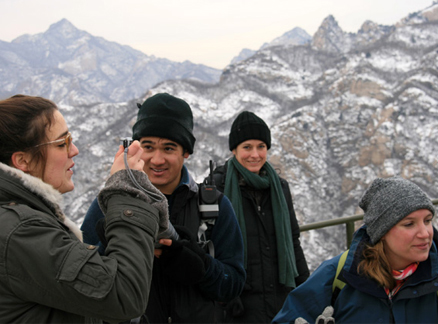 At the peak we stopped to enjoy the views, and to take some photos. 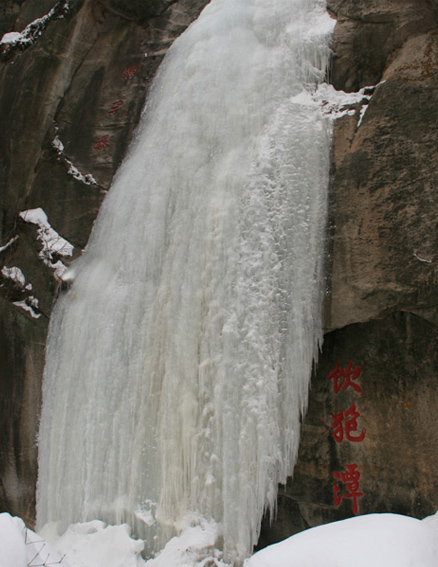 One of the frozen waterfalls in the park.