We’ve been out into Miyun County quite a bit these past few weeks, and have been rewarded with outstanding views of the Miyun Reservoir, Yunmengshan, Yunmeng Gorge, and other geological features in the area. For this ramble, we drove past the trailheads for two of our other hikes, the Round Tower Great Wall hike and the Immortal Valley hike. The road wound up into the mountains and eventually brought us to a park entrance at the foot of Longyunshan. We followed a metal walkway bolted onto the cliff face that brought us to a path that ascended the mountain. The snow on top of bare rock made for deliberate, slippery walking, but the path flattened as we eventually reached a plateau where we inspected an old house that had formerly been part of a movie set. After satisfying our curiosity, we made a short loop around the plateau and admired more of the view. We saw the backsides of mountains that we see from the tops of the Immortal Valley and Round Tower hikes.

We had lunch by another piece of the film set. After lunch and playing with props leftover from the movie, we made our way back down by the same slippery path from which we’d come up. At the bottom of the mountain, instead of returning to the main gate, we headed the gorge along the bank of the frozen river, admiring the fascinating ice formations and the way the snow blanketed the rocks and cliffs. At one point, someone had cut a hole into the ice and we were able to see how thick it was and watch the water rushing underneath it. Eventually we crossed over the river where the ice was thickest and headed back down the canyon to our bus where we enjoyed our post-hike snacks before heading back into the city. 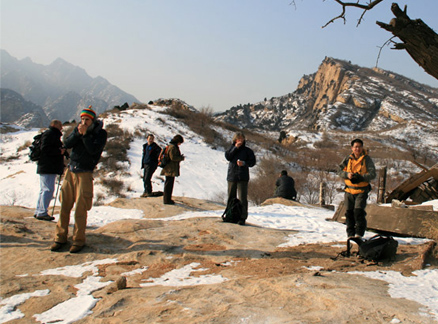 After climbing up to the ridge, we stopped for a break by the fake tree. 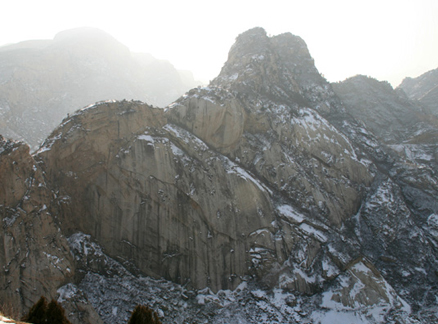 From the ridge we could see the hill walls of the river canyon. 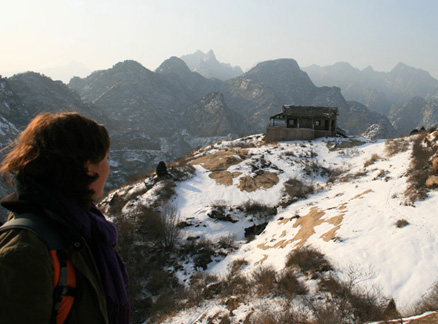 From the ridge, we could also see a curiously-located house! 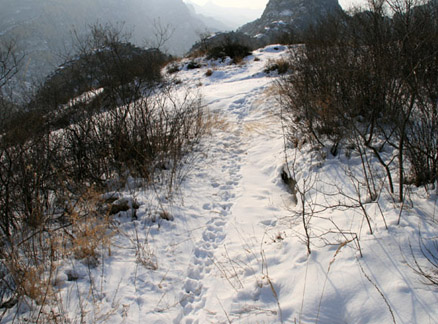 We saw a lot of animal prints in the snow - this section of trail seemed to be a favourite for rabbits. 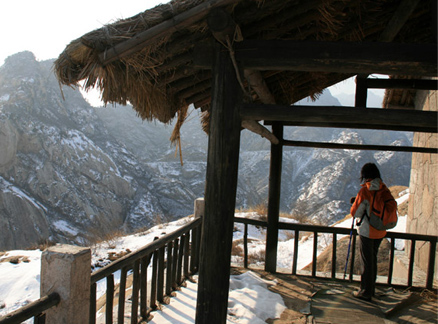 Good views from the veranda of the house. 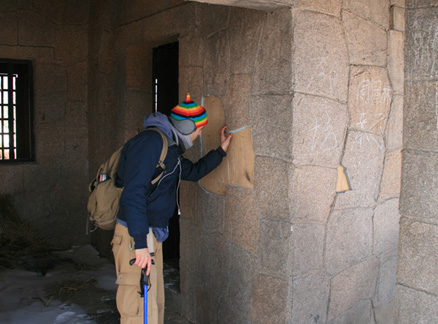 The house is actually a leftover from a television production. 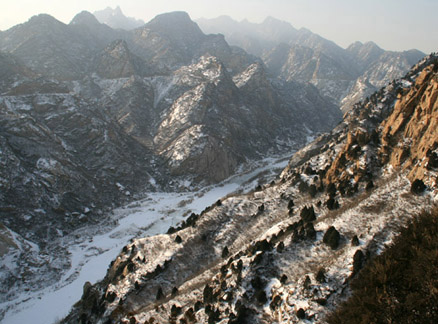 A view of the White River canyon. 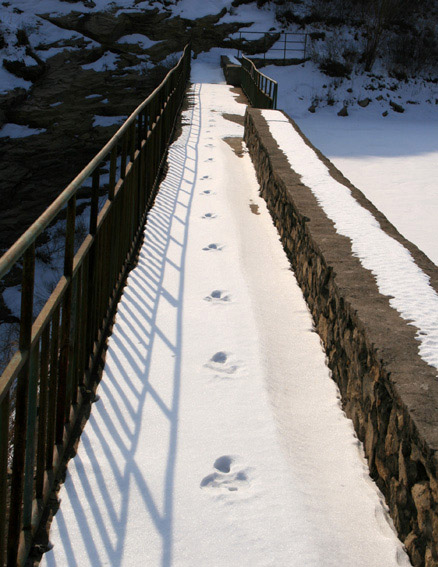 More tracks on the reservoir walkway, likely from a fast-moving rabbit. 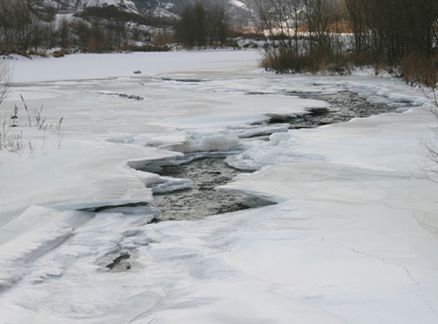 The river was flowing steadily under a thick layer of ice. 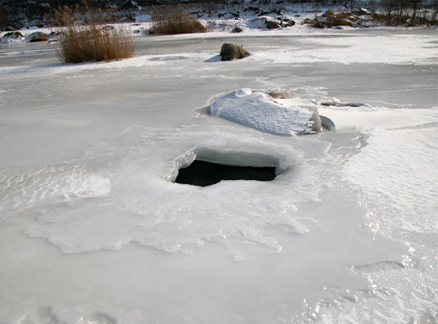 A fishing hole cut in the ice shows the depth of the ice. 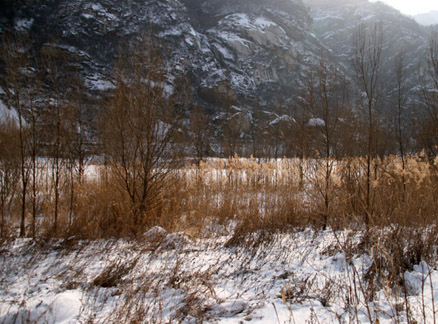 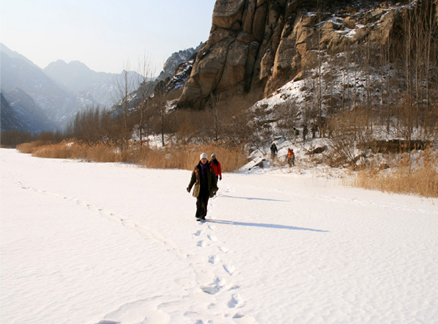 We picked a good spot to cross over the river, walking on a thick covering of snow and ice. 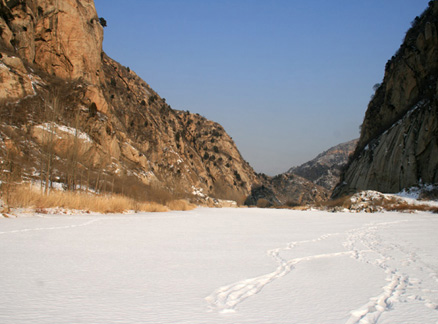 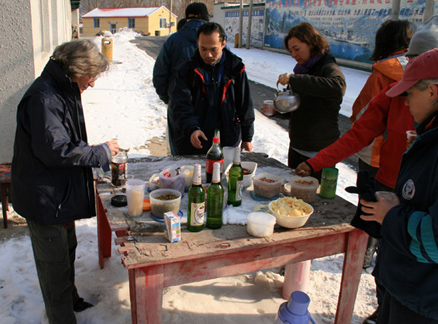 After the hike we 'borrowed' a table to serve up our fine selection of snacks.