The Longyunshan 'Heavenly Lake' (actually a hilltop reservoir named with some poetic license) is reached by a steep-in-some-places climb of about 240m from the river down in the canyon. On this visit we walked past the remains of an old film set, climbed up some massive slabs of rock, rescued a small dog that had been trapped in a culvert, and took a stroll along the riverside. We visited the same area in early October and noticed that the water level was much higher than then - perhaps because of snow melt. The sun was sinking and the wind picking up as we finished the walk, so we talked a local restaurant into opening up to cook us some tasty soup to drink along with our beer. 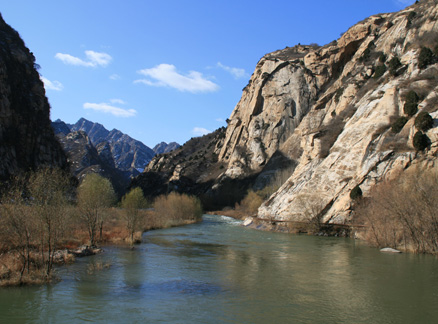 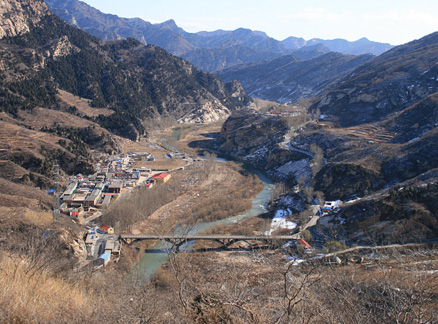 Looking down towards our starting point. 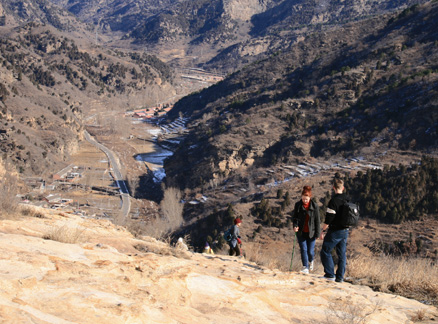 Climbing up the rock towards the ghost house. 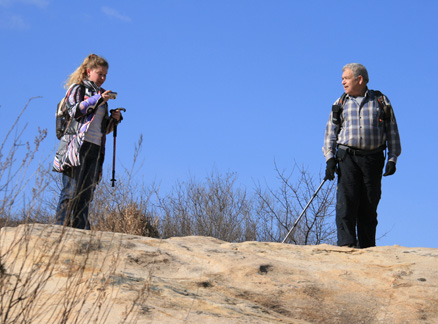 Two hikers on top of the rock. 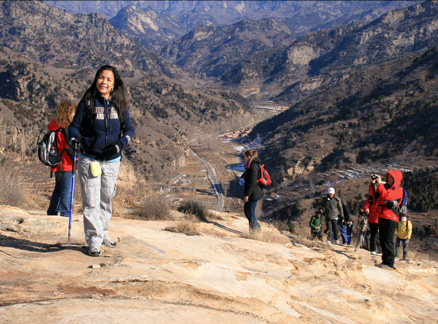 Plenty of time for some photos. 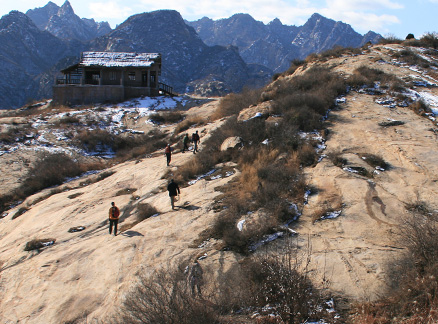 The 'ghost house' that was part of a film set. 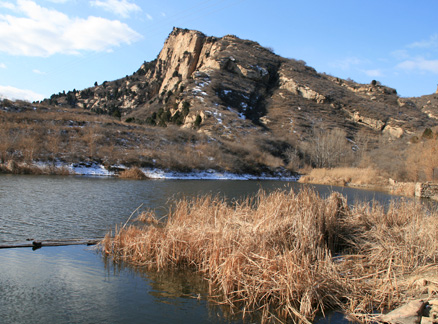 The 'Heavenly Lake' - bit too cold for a swim at this time of year. 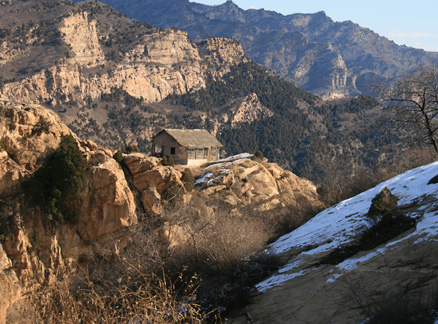 Another view of the ghost house. 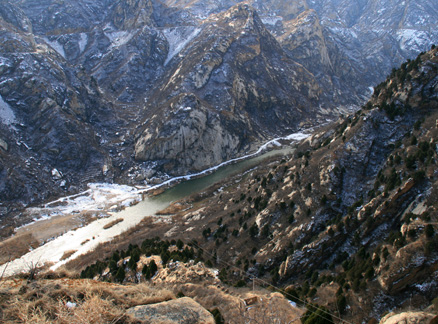 There was snow and frost on the shady side of the canyon. 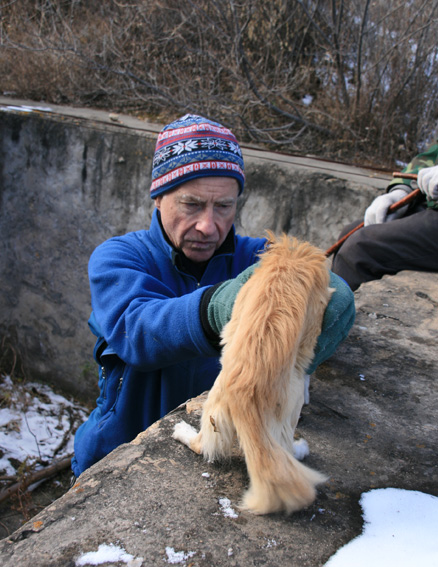 This small dog had fallen into the culvert - judging by its physical condition, it had been in there for days. We got it out and fed it, and one of our hikers adopted her. 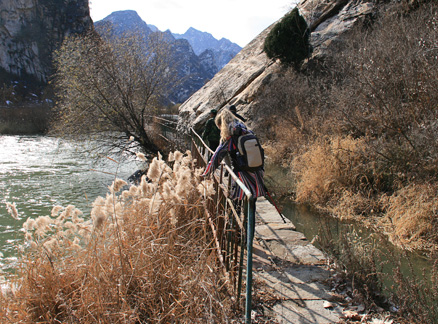 A walkway led up the river. 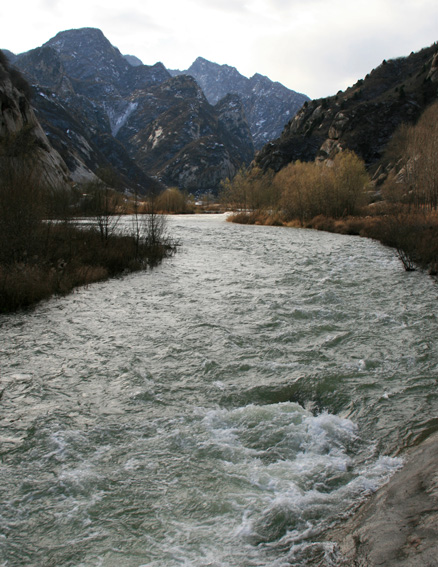 The water level was high - quite nice to see so much water! 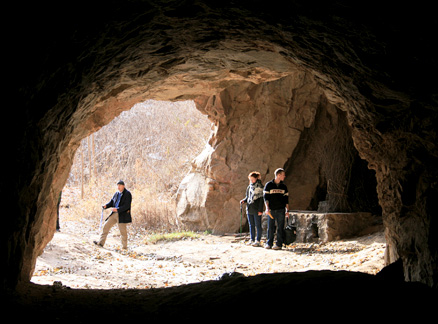 We walked through a riverside tunnel. 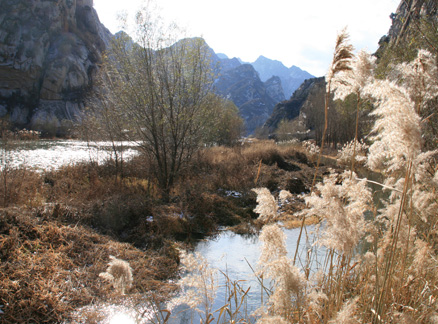 This nice, peaceful spot was as far as we could go without getting our feet wet in the icy water. 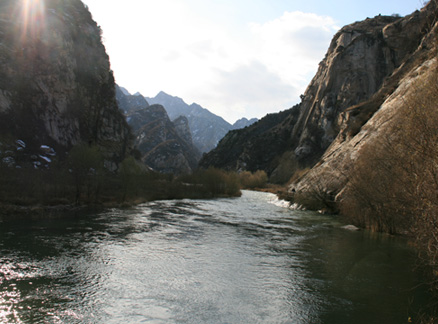 We ran out of sunlight quite quickly - compare this photo to the first.