Nine-Eyes Tower sits on one of the mountains peaks that surround the Jiankou area. It's named 'Nine-Eyes Tower' because, when it was in original condition, each of the walls of the lower levels had nine big windows.

After walking into and out of two valleys, we took a steep climb up wall built on a ridgeline, reaching the Nine-Eyes Tower just in time for lunch. The weather was reasonably clear, and we could see much of the Great Wall in the area, including the Chinese Knot. From the tower, we followed a hill trail that led us in a loop back to the wall, passing the remains of an old walled barracks on the way.

Once back to the wall, we followed it towards the Chinese Knot, passing through and around quite a few towers. On the way up to the Chinese Knot, the wall becomes near-vertical - just before that point we climbed down off the wall, and followed a hill trail down to the village where our bus was waiting for us, and enjoyed snacks and drinks before heading back to the city. 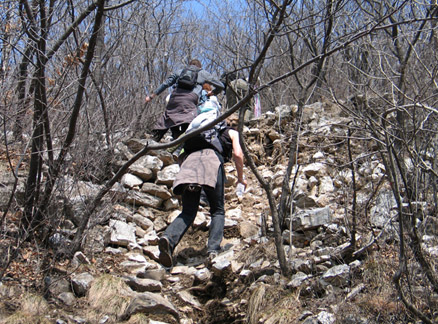 We did some tricky climbing on the way up to Nine-Eyes Tower. 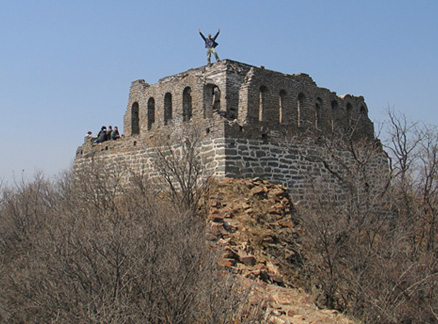 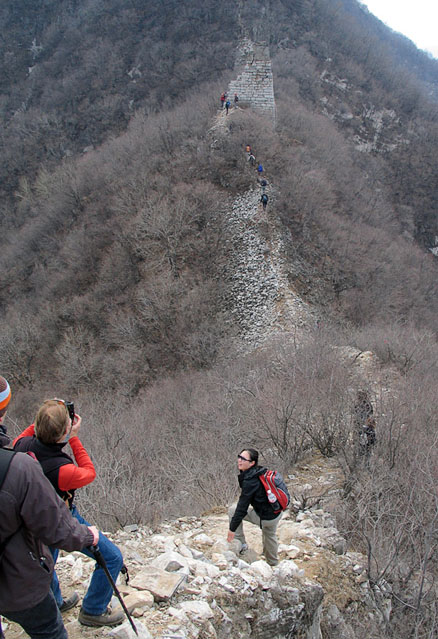 We followed the wall towards the Chinese Knot section, climbing up and down some tricky bits. 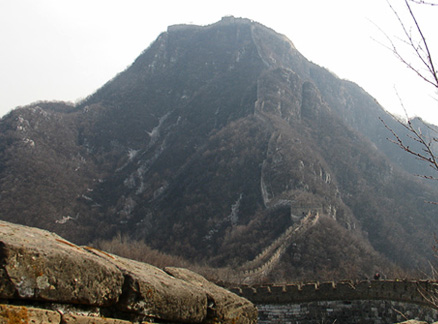 A view of the Chinese Knot section, on the peak.