Zhenbiancheng is located in a remote and beautiful area that is surrounded by mountains. Nearby are many sites of historical interest - Ming Dynasty-era walled military outposts, stretches of Great Wall, small villages, and wartime battlefields.

For this hike we started off with a walk up a valley trail to reach the Great Wall, and then followed the wall up and along a ridge before walking out down another valley. After snacks and drinks on the roadside, we took a short drive to visit 'old' Zhenbiancheng, a Ming Dynasty-era walled border outpost that is now a bustling little village. 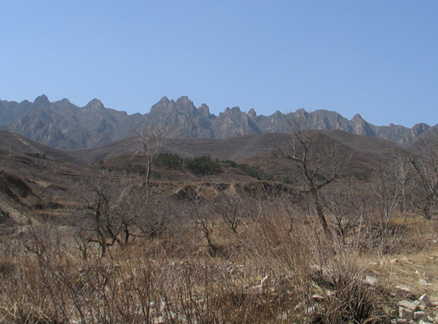 As we began the hike, we had views of the distinctive peaks of Brushrest Mountain on our left. 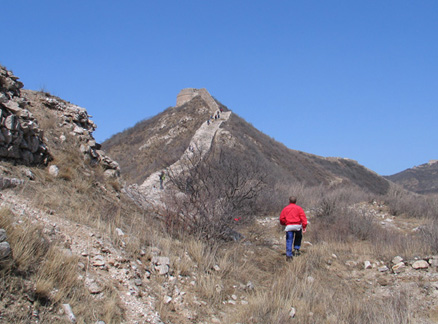 After an hour's climbing, we arrived at the Great Wall, continuing after a short rest. 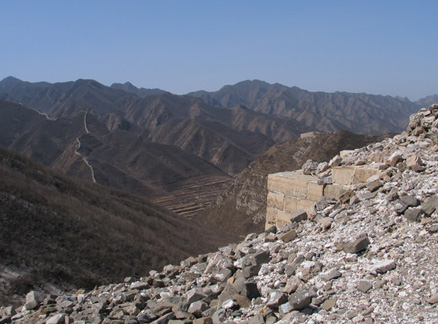 With the Great Wall situated high on a ridge, we had great views of the surrounding area - mountains, valleys with terraces, small townships, with more Great Wall in the distance. 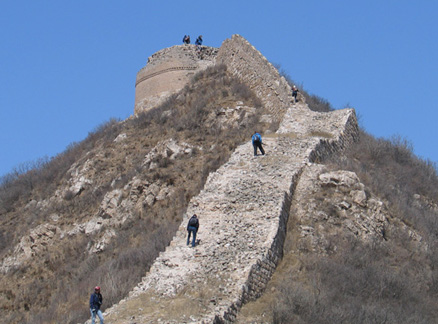 We saw several distinctive round-shaped towers along the way. 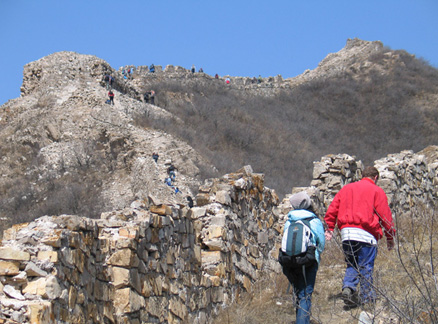 The stretch of wall we followed was quite rugged. 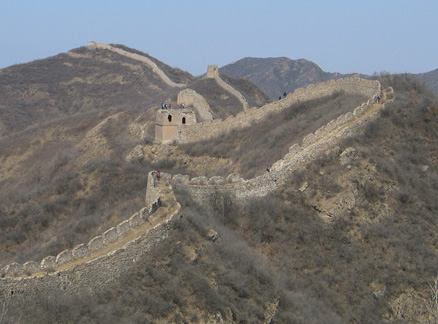 We continued along the wall, heading north. 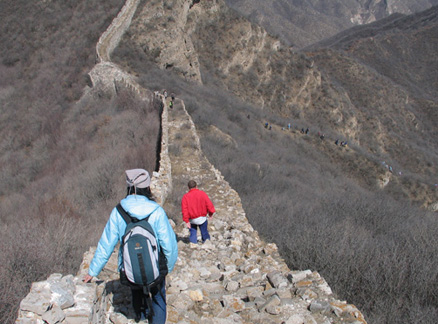 After a last tricky descent, we followed a hard-to-find trail down into a valley. 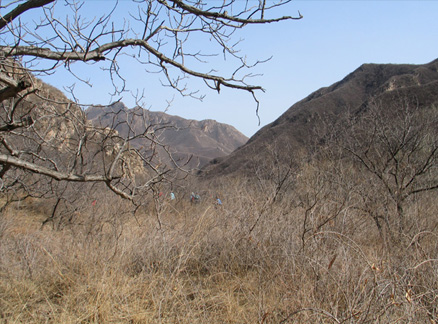 At the foot of the valley were fallow fields, overgrown with tall grass. 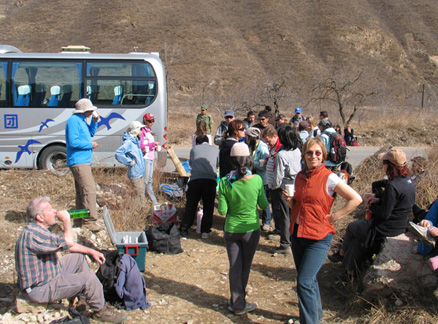 After our traditional post-hike snacks and drinks, we took a short drive down the road to 'old' Zhenbiancheng. 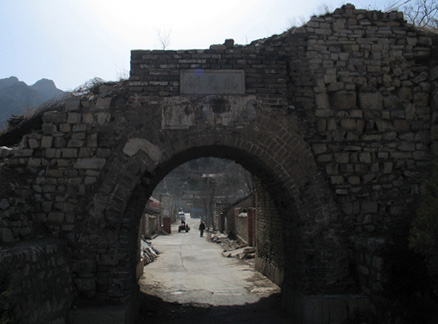 One of the four old gates to the walled military border outpost of Zhenbiancheng. Zhenbiancheng roughly translates as 'Control-the-border City.' 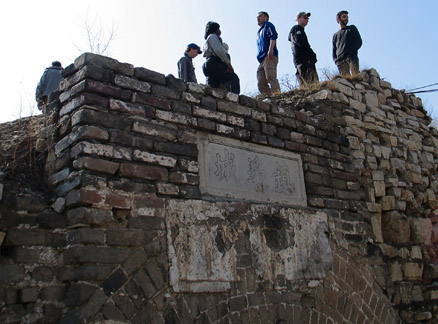 We took a stroll along some of the city walls and explored the streets before heading back to the city. 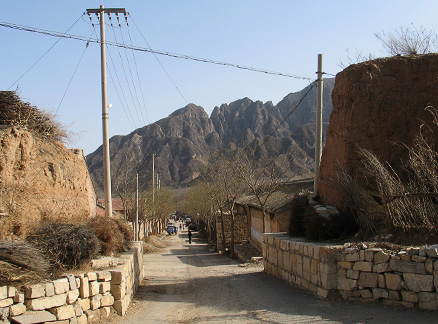 The main street of the town cuts through the old walls.