The Shuitou Loop hike is a trail that starts and finishes at the old barracks of Zhenbiancheng. The loop trail takes us over the hills to Shuitou Village, an old farming settlement that is slowly developing, and then back over the Great Wall and down a forested valley to complete the circuit.

We started off with a walk through the streets of Zhenbiancheng, once a walled barracks of the Ming Dynasty and now a small farming town.

Behind the village are some fairly large mountains, including Bijia Mountain and its distinctive craggy peaks.

We made a big climb over a saddle next to Bijia Mountain, and then hiked down into Potato Valley. We’re not sure if that’s the actual name of the valley, but that’s what we call it – our local guide said that they used to grow their potatoes down there back in the day. It’s quite a long walk from the village to do a bit of gardening. No one grows potatoes any more, and that means the trail is rough and brushy. We did find some great mushrooms!

At the end of Potato Valley is an old gravel road, which leads to Shuitou Village. There’s some Great Wall near Shuitou Village, but it’s so isolated that not many people visit. The village is slowly developing though, now that the road has been fixed up.

From Shuitou Village we hook around and follow old farm trails up a long valley, eventually crossing the Zhenbiancheng Great Wall, and then heading down the hills on the other side to finish the hike. 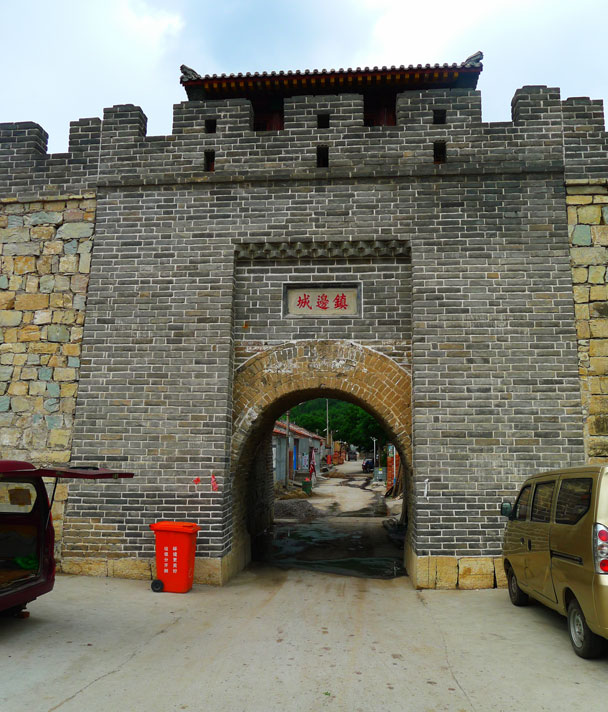 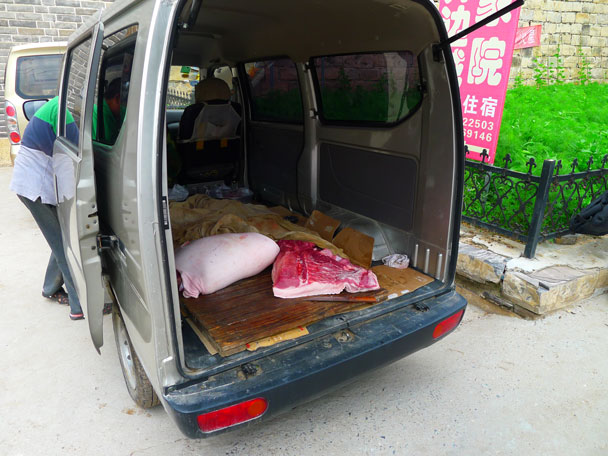 Ready for the BBQ? 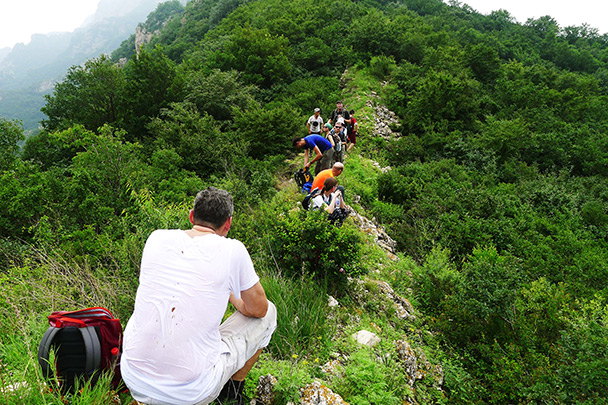 Taking a break before heading down into Potato Valley. 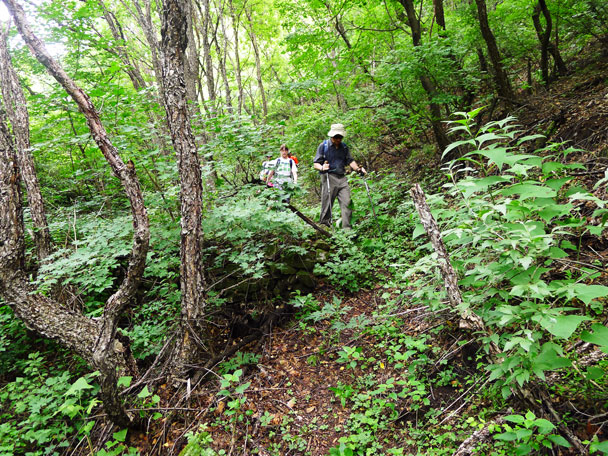 Hiking through the forest. 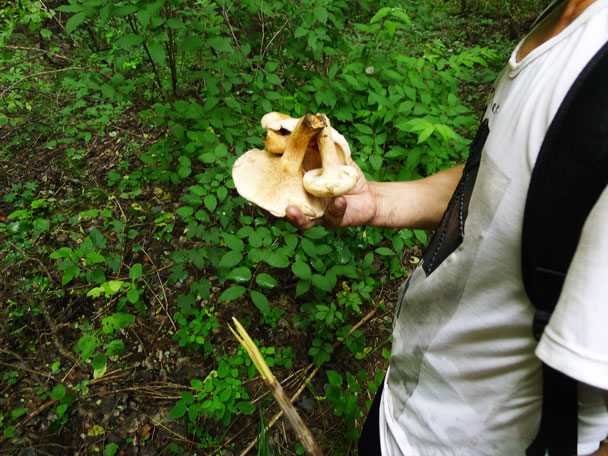 Mushrooms! Our local guide filled his pack with these. 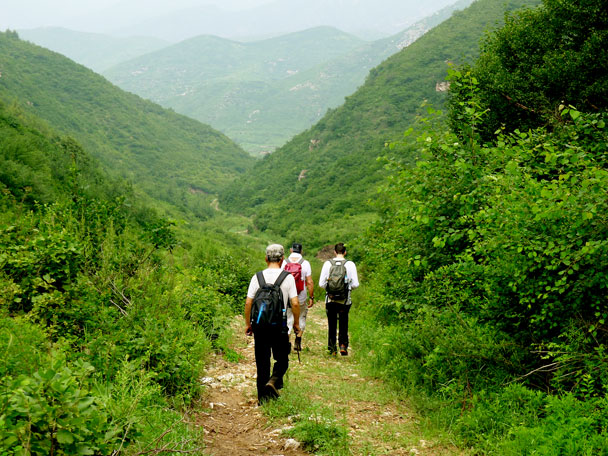 Hiking down to Shuitou Village. 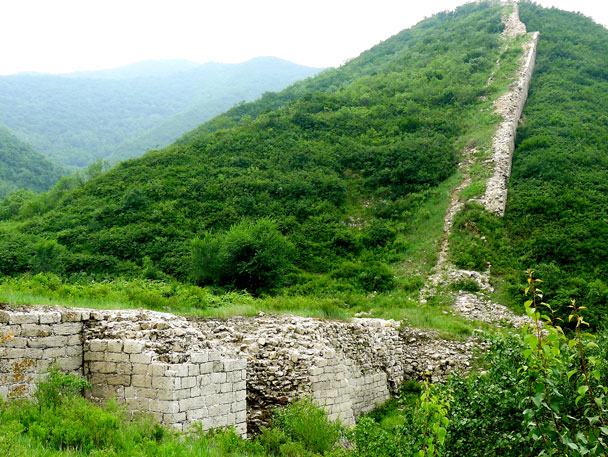 Some of the Great Wall in the area. 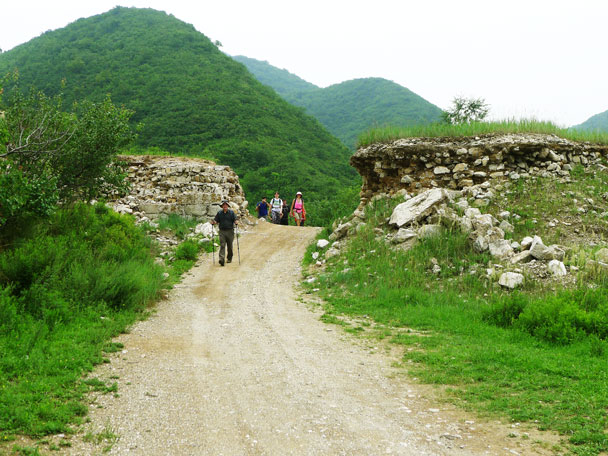 A road was cut through the wall here. 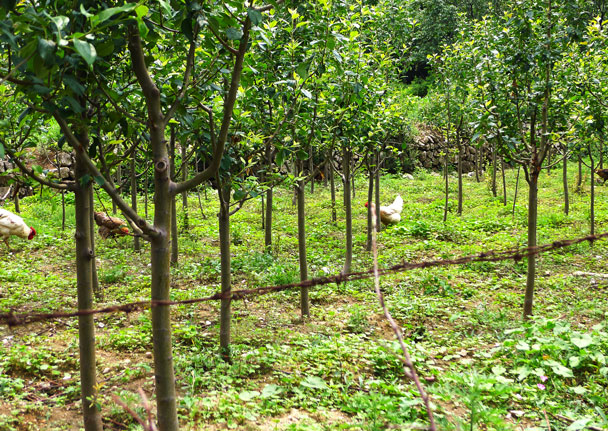 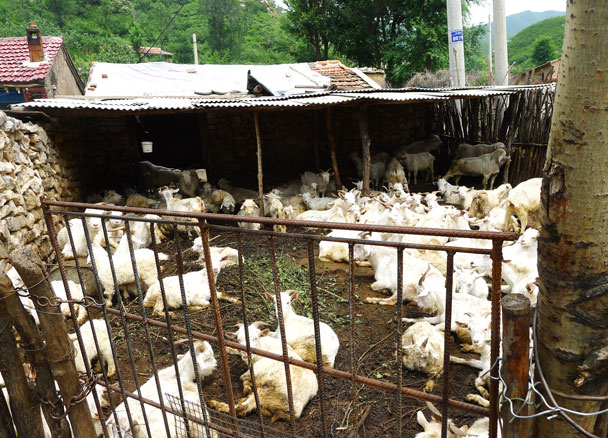 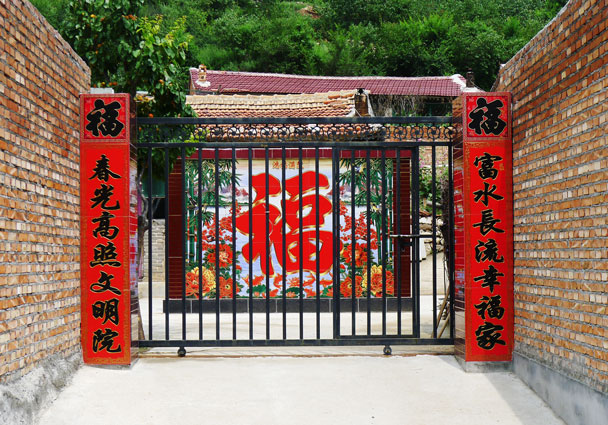 A fancy gate in one of the larger houses. 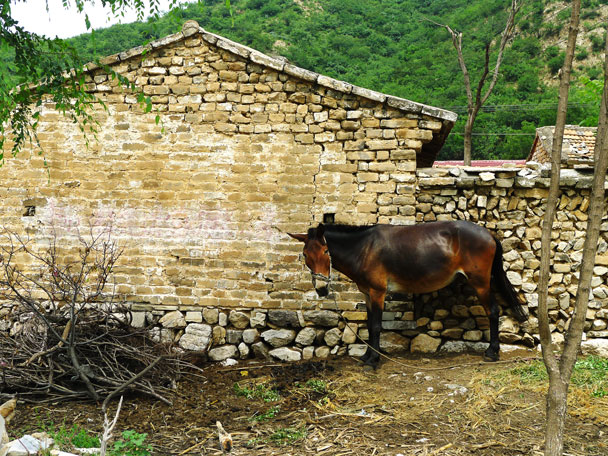 A horse hanging about. You can spot bricks from the Great Wall in a lot of the houses here. 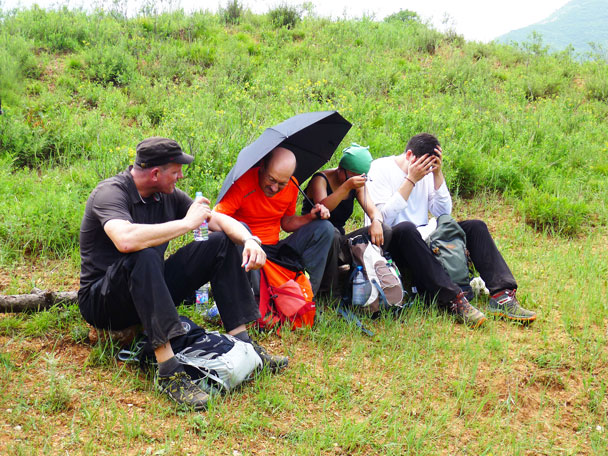 We took a break for lunch on a hill above the village. 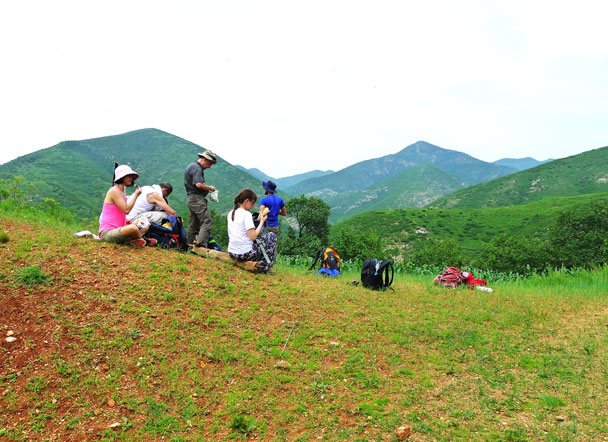 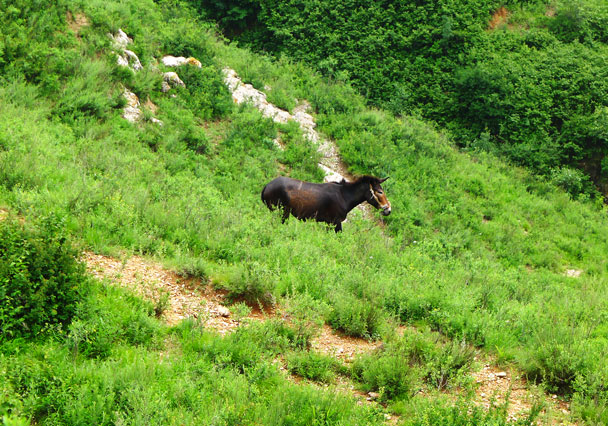 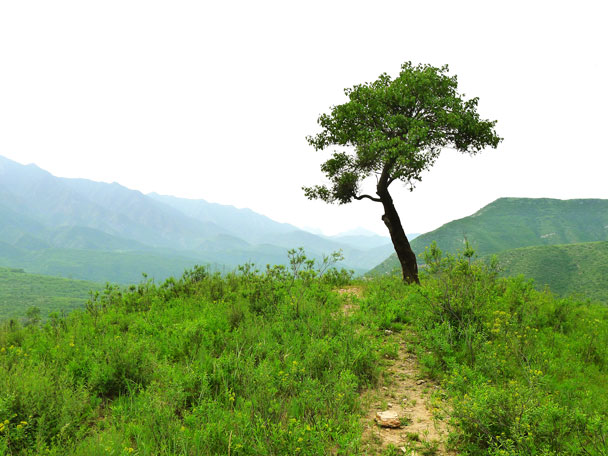 Shuitou Village is surrounded by mountains.

Local guide Mr Li leads the way up the valley. 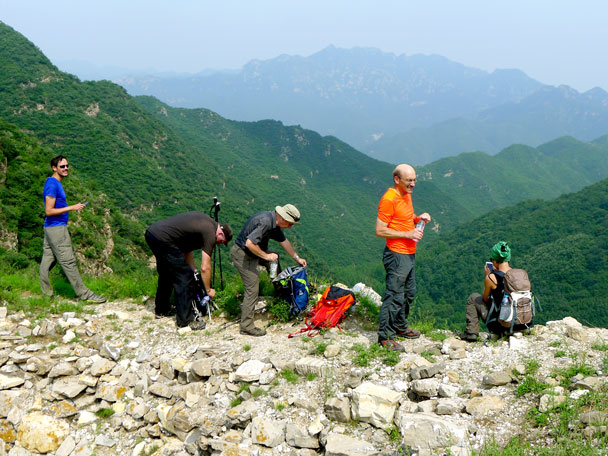 Up on to the wall. 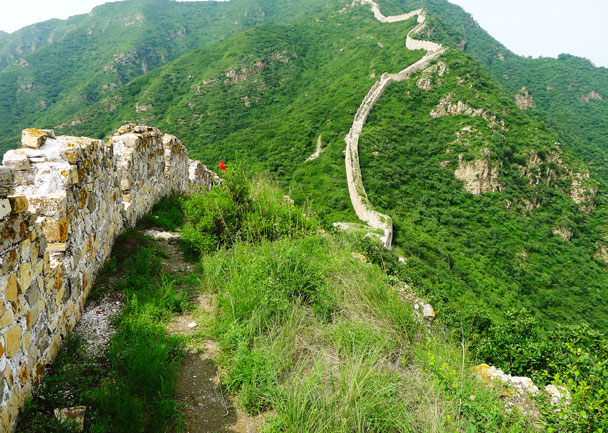 This is part of the Zhenbiancheng Great Wall, and we hike here quite a lot. 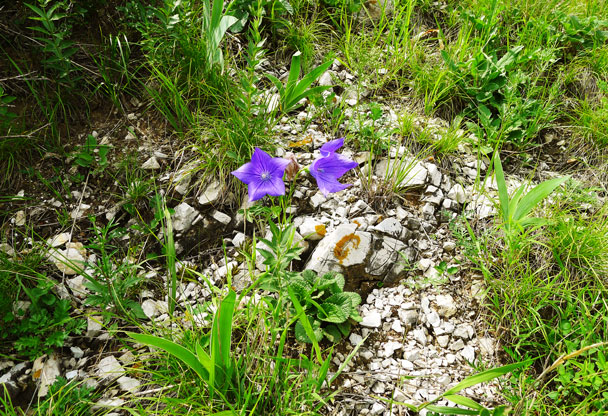 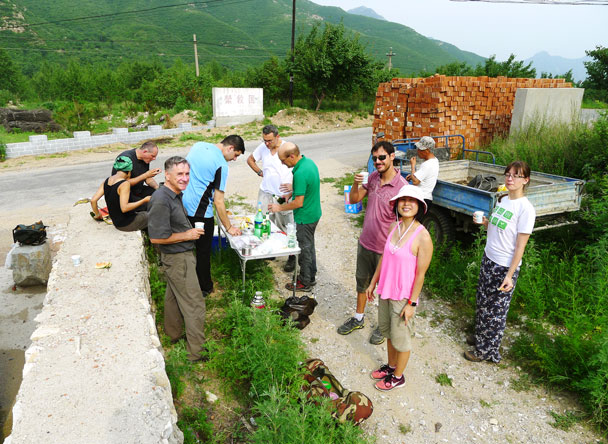 We had a little picnic before heading back to Beijing.