The Big Black Mountain hike is one of our old favourites, crossing farmland and hills, and passing some Great Wall on the way to the Walled Village.

We start off in Changping District and walk over the border to Huairou District – a good long hike through some very nice countryside.

On this visit the weather was clear and cool – perfect for hiking! We also managed to pick up a few of the last persimmons along the way. 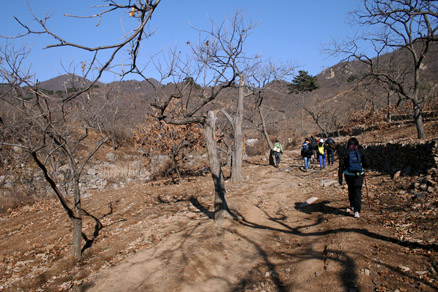 We started on country trails used to collect all the chestnuts at harvest time. 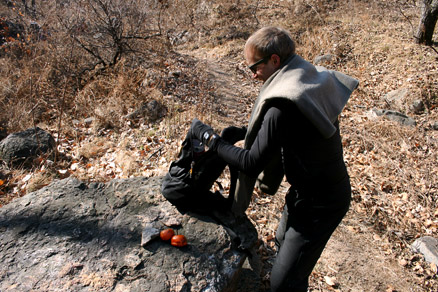 A few of the persimmon trees we passed still had fruit. 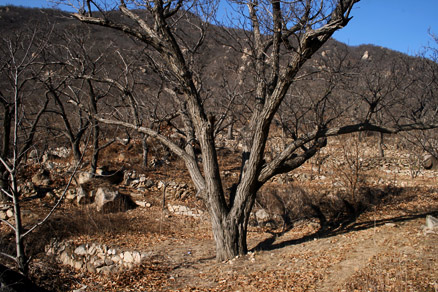 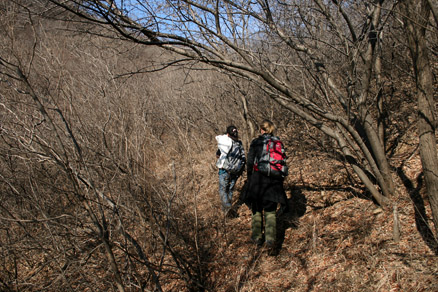 As we got further along, the trail became more overgrown. There aren’t any orchards of farmland deeper in the hills, and not so many people walk so far up. 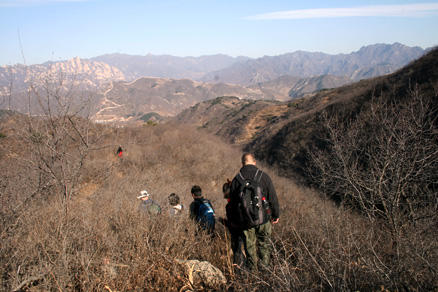 We crossed over the ridge at a saddle, and were able to spot the Great Wall in the distance. Later in the hike we’d cross over the wall. 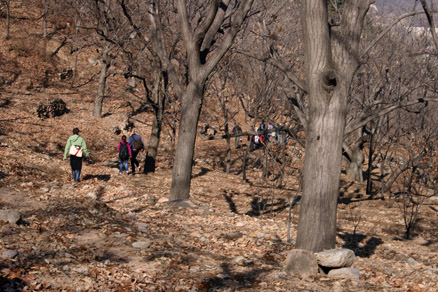 On the other side of the hill are more chestnut orchards. 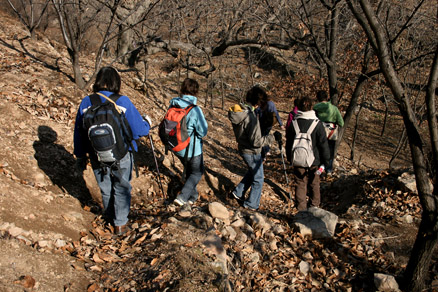 The trail led down the valley, and all the fallen leaves made a pretty sight. 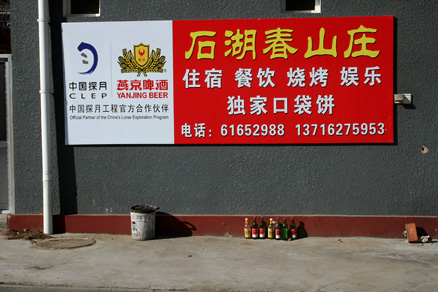 The sign notes that Yanjing Beer is an official sponsor of the China Lunar Exploration Program. Below the sign are bottles of Chinese liquor, which would make much better rocket fuel than beer. 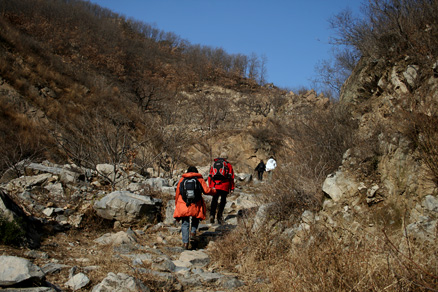 After walking through the village we took a turn up a valley, heading for the Great Wall. 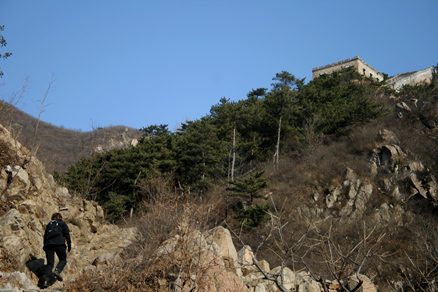 The Great Wall dipped down on either side of this valley; we climbed up for a look at the towers, and then headed on through a big arch in the wall. 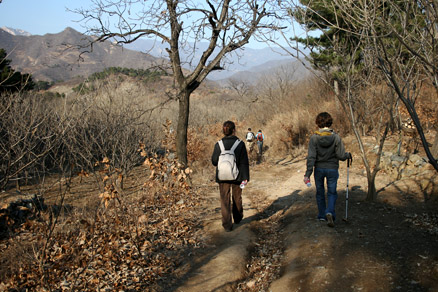 The last part of the hike took us through more orchards. 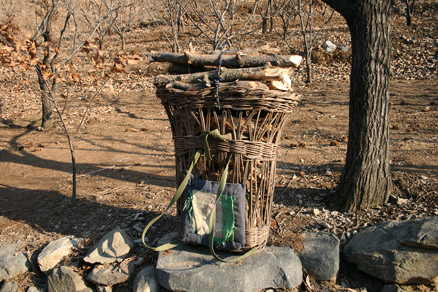 The harvesting had been completed, but the locals were still busy, collecting enough firewood to see them through winter. Pictured is a wicker basket with straps, loaded with branches and sticks. 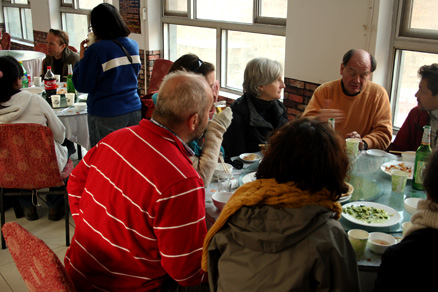 After the hike, we visited a local restaurant for some snacks to warm up before returning home.