On a clear and crisp late-autumn day we visited ‘Dragon Cloud’ Mountain in Miyun District for a reasonably easy hike in extremely scenic surrounds.

Dragon Cloud Mountain is a rather poetic name – it’s more of a big hill than a mountain – but the scenery needs no superlatives!

We started off by a bend in the White River, following a metal walkway along the riverside. We climbed up a valley trail to get on to the top of Dragon Cloud Mountain, visiting the Fake Tree and the Ghost House on the way to a reservoir on one of the peaks.

After a loop around the reservoir we headed back down to the river, passing through a tunnel that had been decked out as a mysterious cave for a movie being filmed in the area. 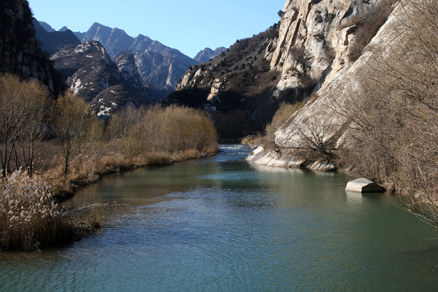 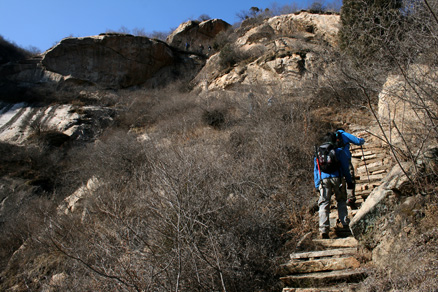 Stairs lead up to the top of Dragon Cloud Mountain. 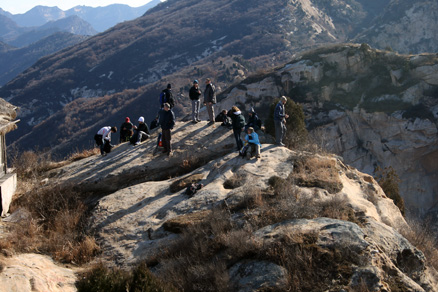 We took a break for a snack, enjoying the views of mountains and the river canyon far below. 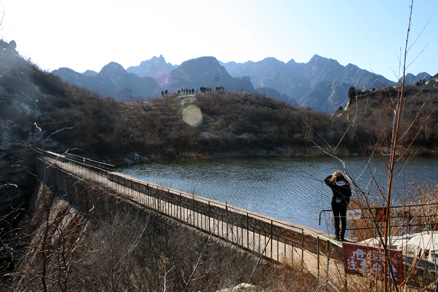 The reservoir at the top of the hill, built to provide water to orchards in the area. 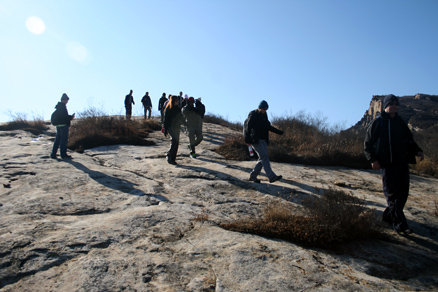 Heading down from the top, we followed a path across bare rock. 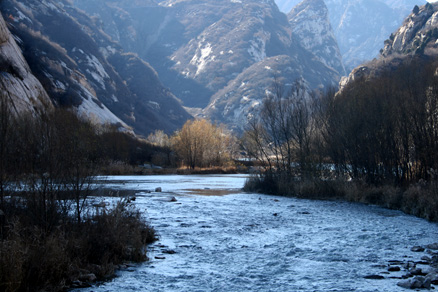 The White River looks a lot colder with no sun shining on it – it will be frozen over in a month or so and we’ll be able to cross over the ice. 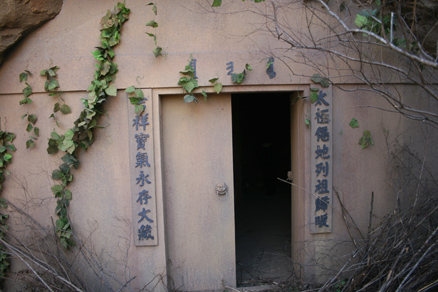 Part of the film set. 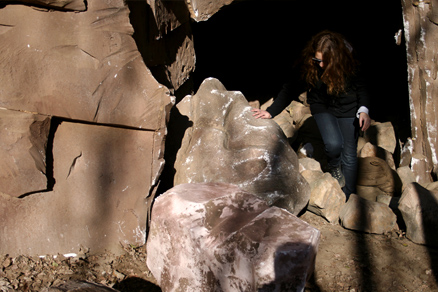 We crossed these rocks on the way out of the cave, and they didn’t look quite right. 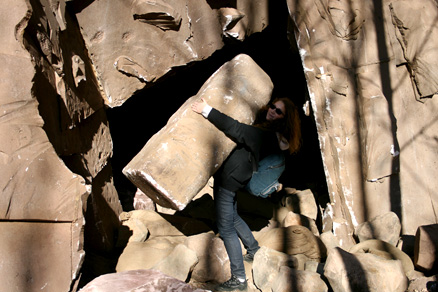 Not so heavy! The rocks were made from polystyrene as part of the film set.