After a scenic drive up into northern Yanqing County, we followed a winding, snow-covered dirt and gravel road along the floor of a canyon that eventually widened into a valley. We made good time, as the road was not too steep and the air was quite brisk. We covered 7 kilometers in an hour and a half, eventually reaching a small hamlet that has been all but abandoned. The buildings in the settlement were an interesting mix of styles: one of the first things we saw was a honeycomb-shaped cluster of metal hexagonal pods, each the size of a small bedroom. The pods could be used as shelters by travelers in the mountains who happened upon the village but found the homes empty and cold. After a brief lunch break, we took some time to explore the hamlet. Besides the space age-looking shelters, the rest of the structures in the hamlet were typical of what we see in other rural villages in the area. In one abandoned house, we found the walls were plastered with old copies of The People’s Daily, some from as early as the fall of 1976.

When we were finished looking through the village we set off on a footpath that ascended a ridge. It was the biggest climb of the day. A section of the Great Wall dating back to the Warring States period followed the crest of the ridge, and we had the opportunity to have a look at it and pose for some photos before descending down the other side. At the bottom of the slope we crossed a few terraced fields and met the bus for tea, beer and snacks, which were much appreciated after our 12 kilometer walk in the cold winter air. 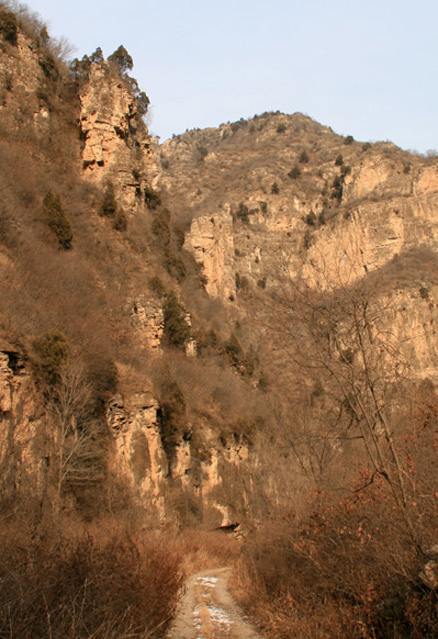 The entrance to the Cypress Wells Canyon. 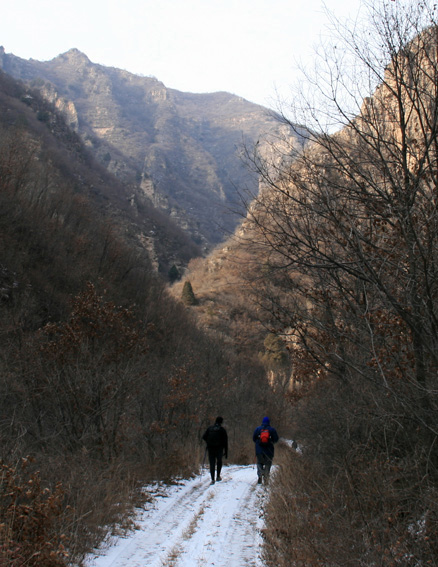 We followed a snow-covered road through the canyon. 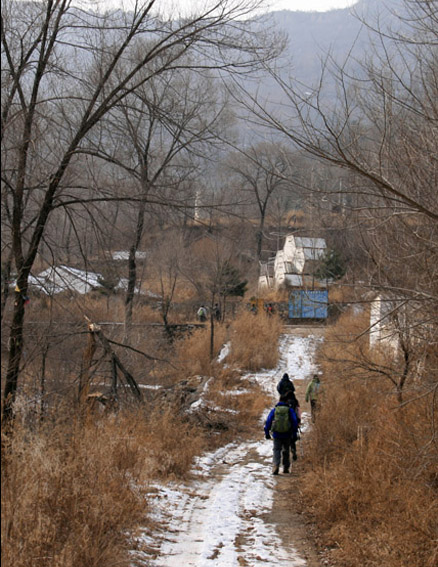 At the other end of the canyon was an empty village. 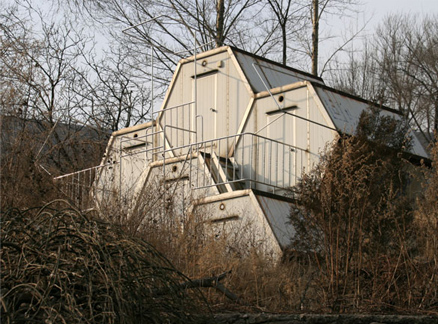 These 80s-style spaceage dwellings looked a little out of place in the abandoned village. 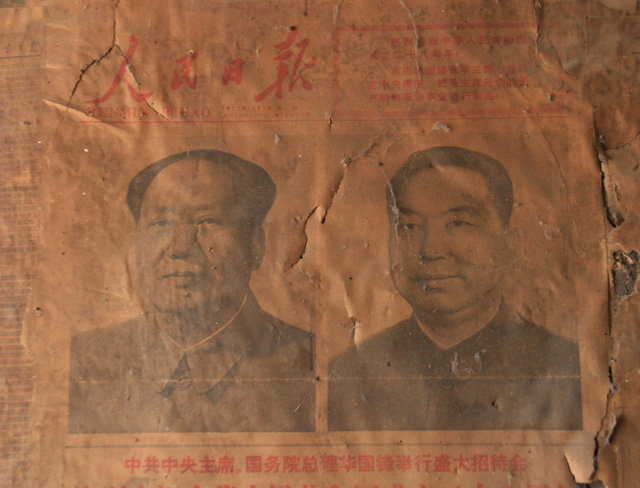 Old papers were being used as wallpaper in one of the abandoned houses. 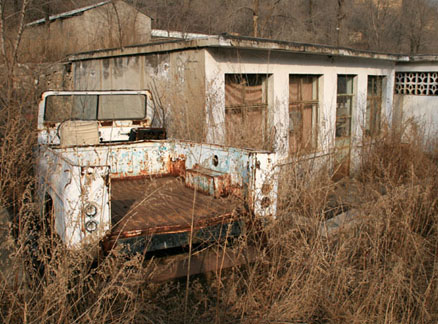 Neither the jeep nor the house had seen use in a long time. 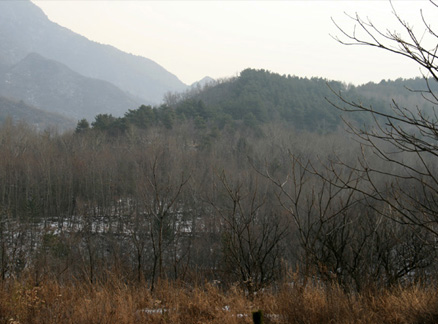 The trail led on into the forest. 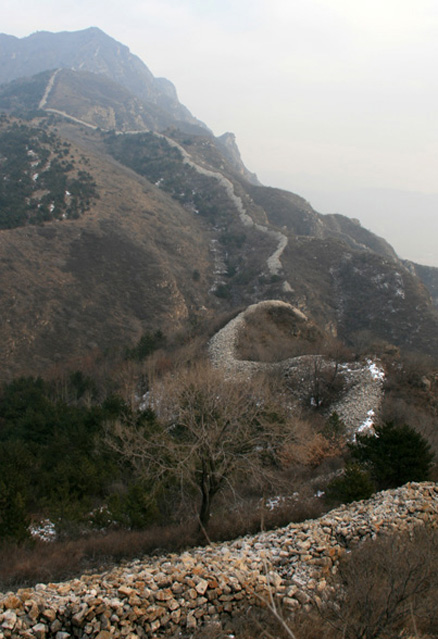 This section of wall followed a ridge with a steep drop on the right-hand side. 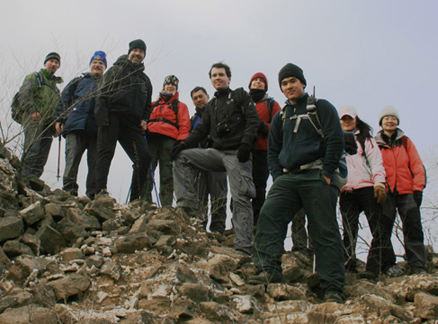 Hikers on the wall. 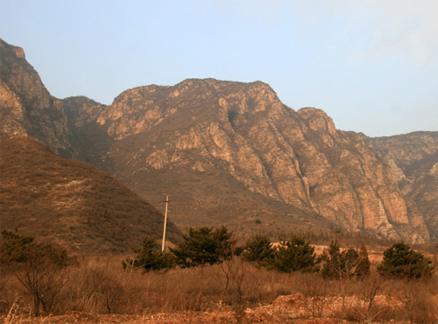 The trail led down from the ridge through the gully on the left. 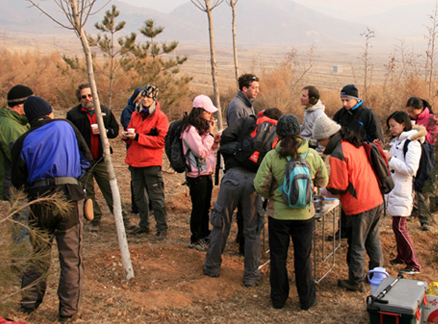 We enjoyed snacks and drinks on the roadside before heading back to the city.