This abbreviated version of our “Switchback Great Wall” trek in Yanqing County was still very challenging. It was a cold day, so after arriving at our starting point we immediately went to a local country restaurant for some warm tea. Huijie led us in a brief stretching session, and then we set off following our local guide on a path from the Dragon King Temple up a ridge to a section of the Great Wall dating back to the Ming Dynasty. We went up a small depression in the slope, and once we left its shelter to climb onto the wall we immediately felt the frigid effects of a biting wind. We moved quickly along the blustery ridge, pausing at towers along the way to get out of the wind. Our path steadily rose on or alongside the wall and peaked at the General’s Tower.

The climb up to the tower was the most challenging part of the day, with the highest grade and the lowest temperatures. Hikers using drinking tubes found that water froze inside of them, and any drops of water that happened to spill quickly froze. We agreed that the temperature was at least ten degrees below zero (Celsius), possibly even fifteen. We descended from the General’s Tower and left the wall, following a trail down a valley that took us to a public road. The road took us back to the temple where we began our ramble, and we had a nice warm meal at the restaurant where we first had tea before heading back for Beijing. 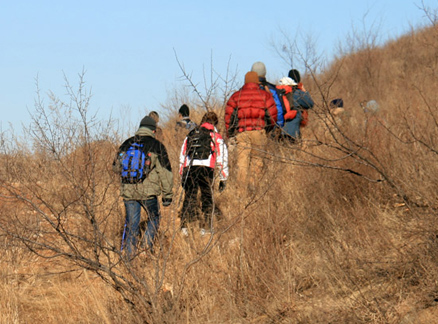 We climbed a hill trail to get to the Great Wall. 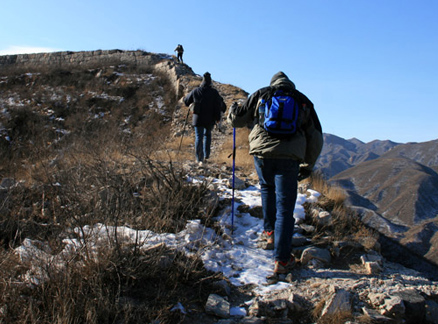 In some places on the wall there were no parapets left standing. 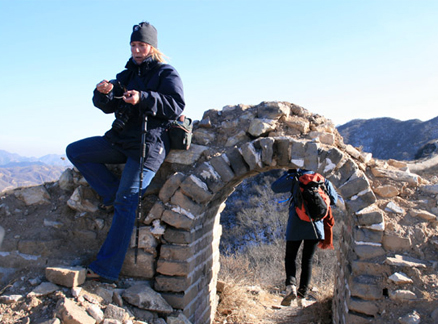 The remains of a tower. 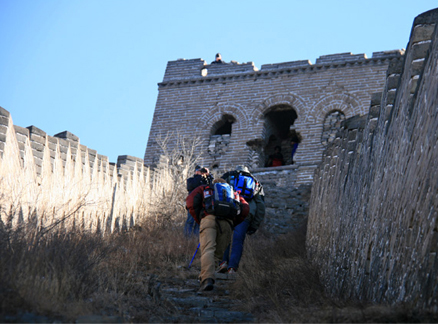 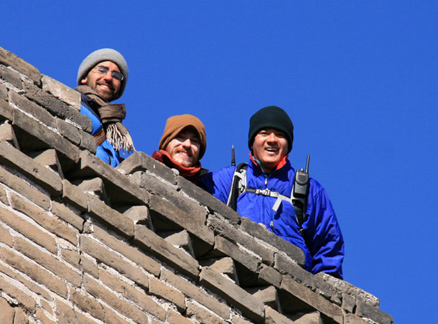 Hikers on top of the tower. 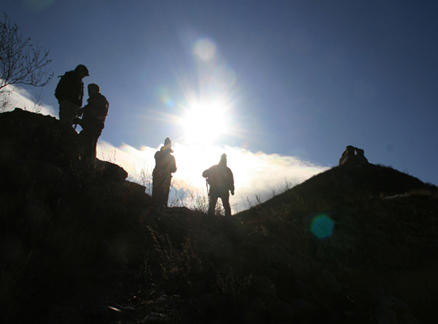 Hikers in silhouette on the wall. 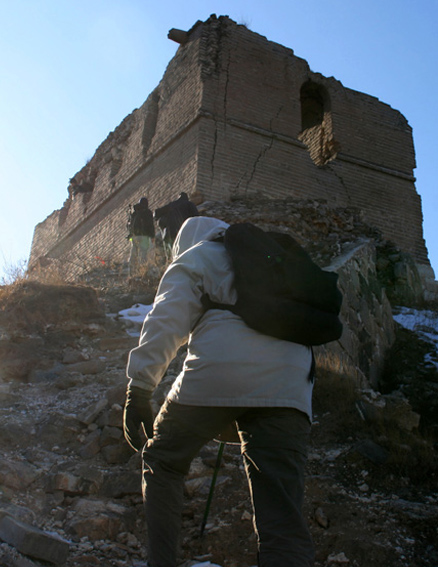 Climbing up to a tower. 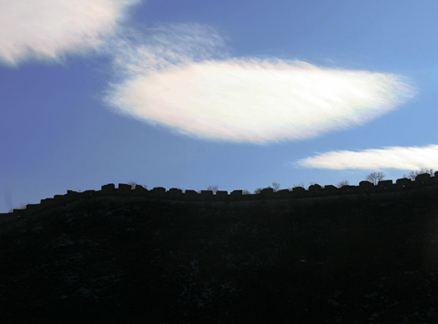 Iridescence in clouds is caused by diffraction of light by similar-sized water droplets or crystals in a thin or semi-transparent cloud. 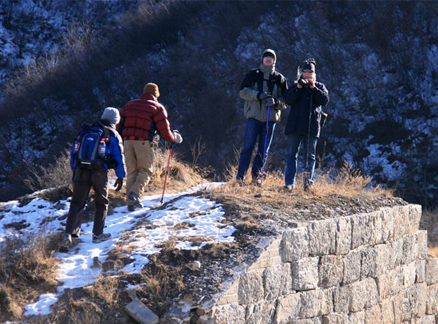 Taking a break on the wall. 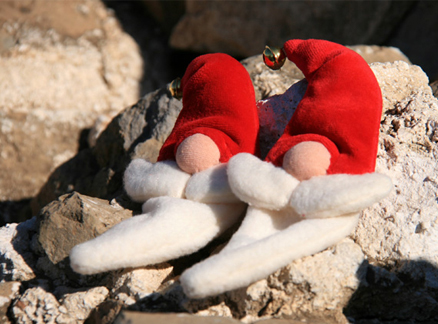 Christmas decorations on the wall. 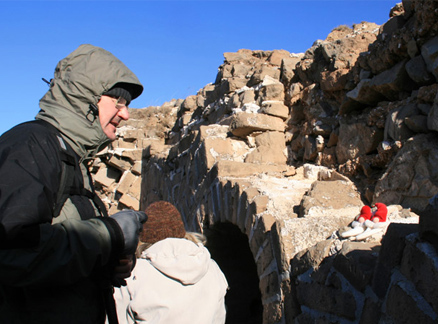 Getting the shot ready.