Every year we do a Christmas hike, usually walking a nice stretch of Great Wall before a feast of food at a local restaurant. For Christmas 2011, we did the Gubeikou to Jinshanling Great Wall hike.

The weather conditions were excellent, and we took hundreds of photos—so many that the camera ran out of batteries before we got to lunch, and we couldnt get any shots of the dumpling-making contest!

The dumpling-making contest is also one of our Christmas traditions, with prizes for quantity, and quality.

Both winners were awarded a copy of our hiking book, a hiking voucher, and a bottle of Chilean red wine. Congratulations to the winners!

Scroll down to see all the photos! 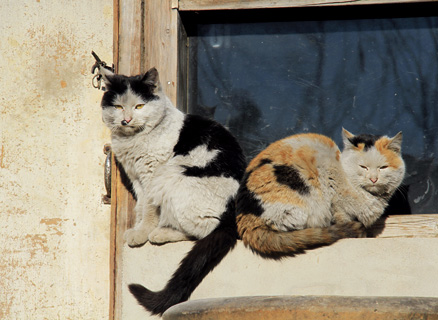 As we were warming up at the beginning of the hike we spotted village cats warming up on a sunny windowsill. 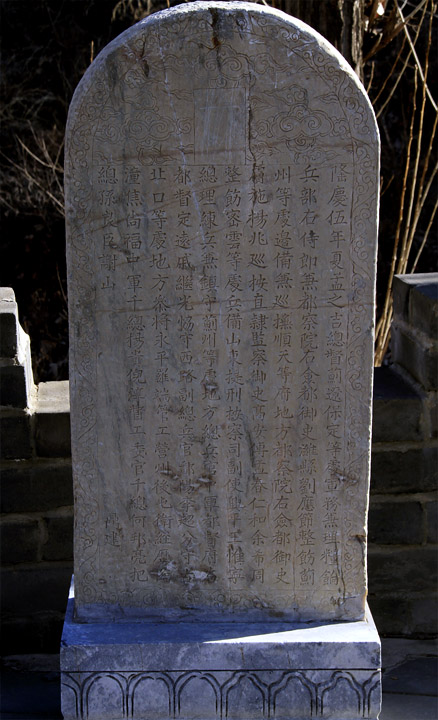 This ancient tablet displays information about the Great Wall in this area. 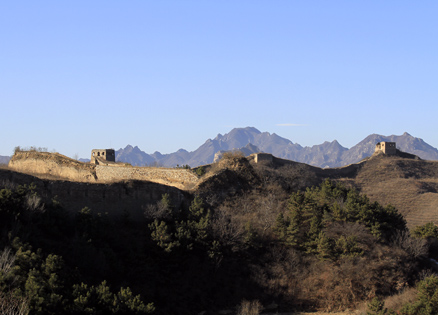 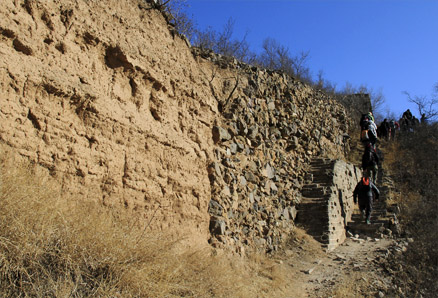 In this photo we can see how this stretch of wall was built: bricks on the outside, with the gap in the middle filled with rubble and rammed earth. 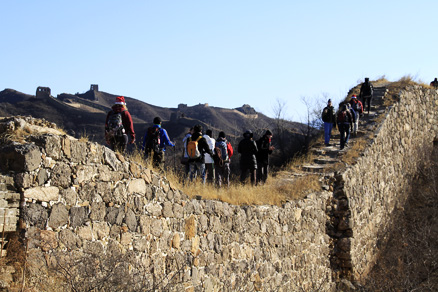 We continued along the wall, heading for the tall tower in the background. 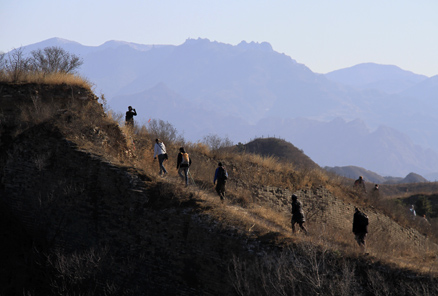 In some places at Gubeikou the wall is overgrown by grass and shrubs. 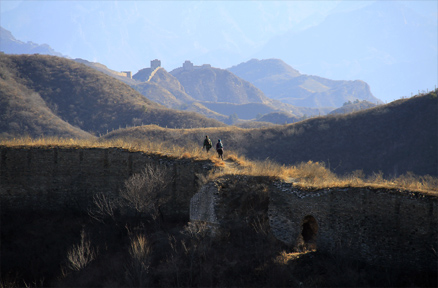 Hikers walk over and past an archway in the wall. 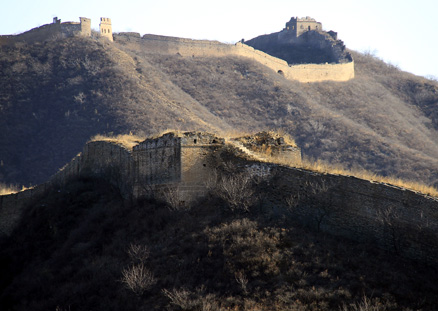 The remains of a big tower. 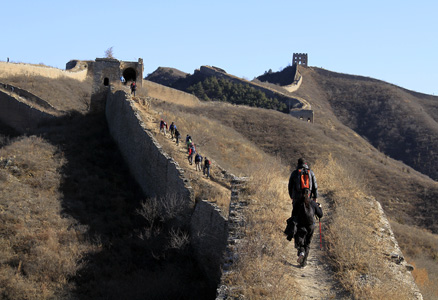 Continuing on towards the tall tower. 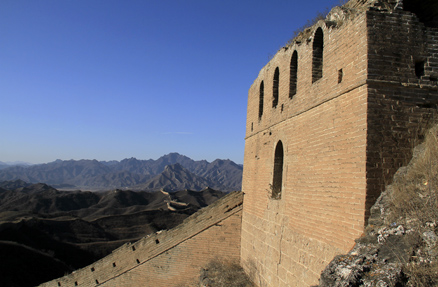 Looking back at a tower we walked past. 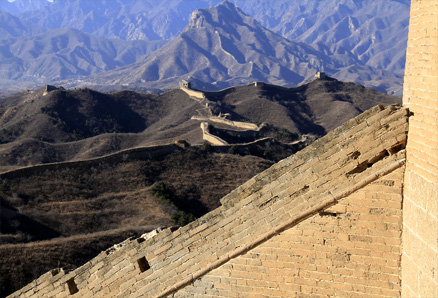 Far behind us is a stretch we walk on a different version of this hike. 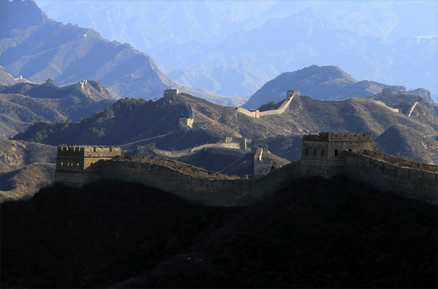 A view of the Jinshanling Great Wall, with Simatai in the background. 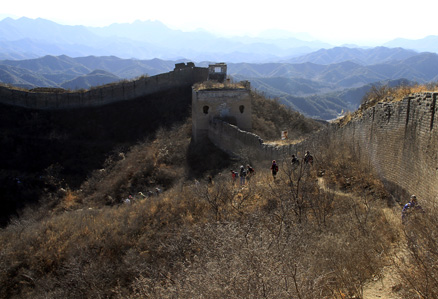 From the tall tower, we took a detour down a hill trail, skipping the section of wall that borders a military area. 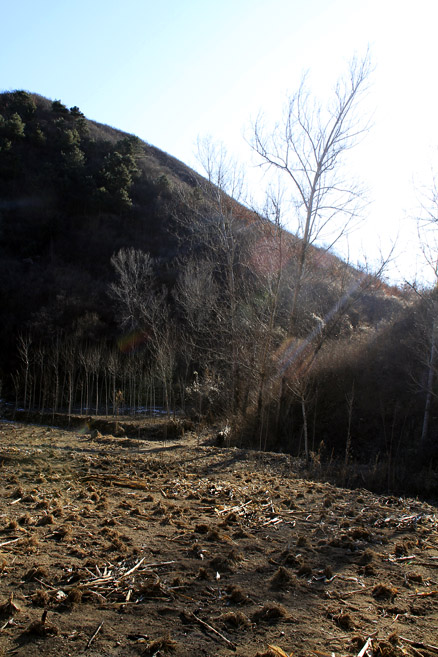 We followed the trail down through cornfields. 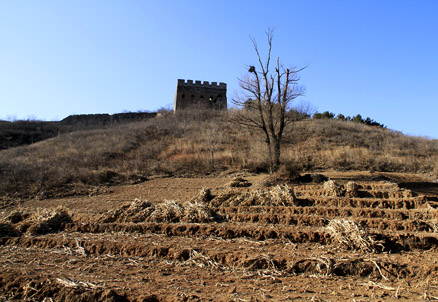 Halfway through the detour we started to see the wall again. 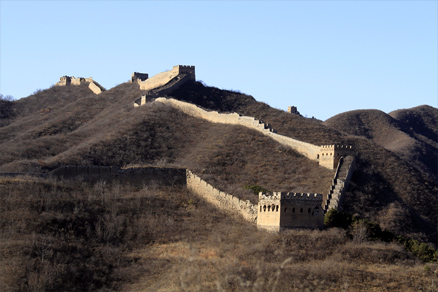 These towers are part of the section that borders the military area. 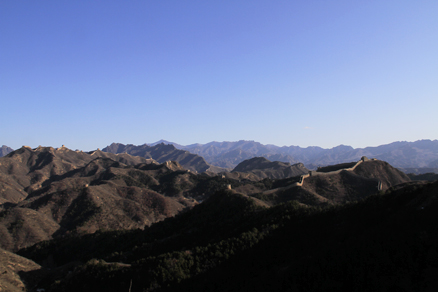 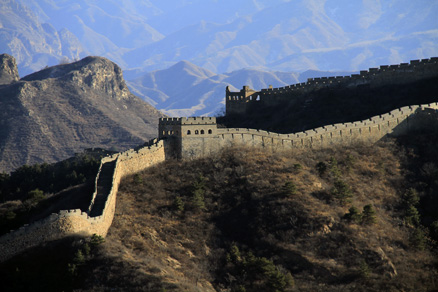 We followed the wall towards Jinshanling. 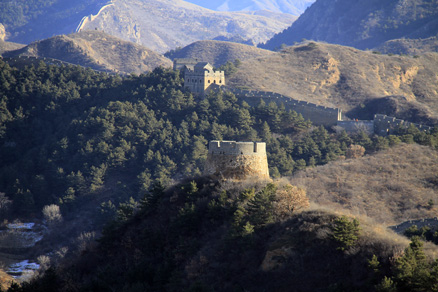 The round tower is a signal tower, on which a smoke signal would be lit if enemies were spotted approaching. 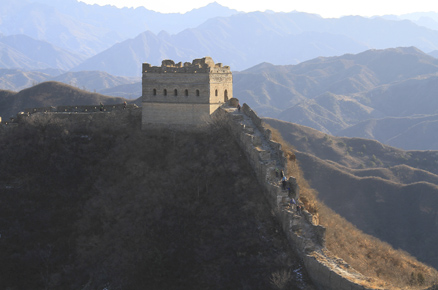 One of the last towers before getting to the restored section of Great Wall. 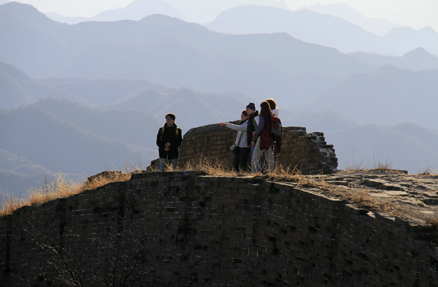 Hikers getting a good look at the hills and wall. 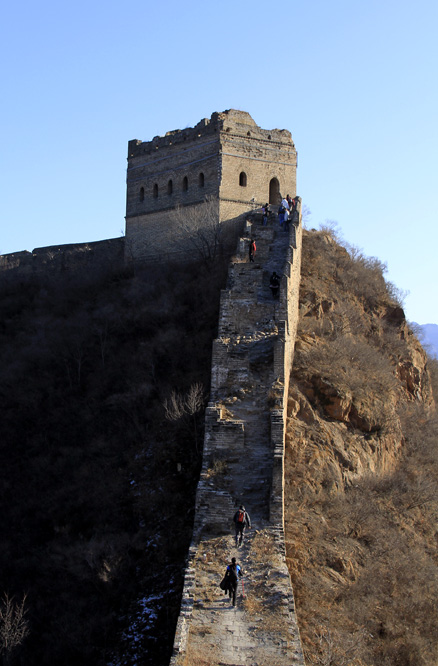 The last steep climb of the day. 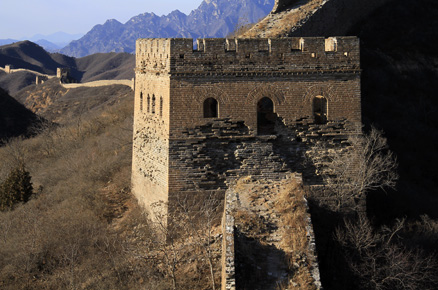 Looking back at a tower we had to skirt around. 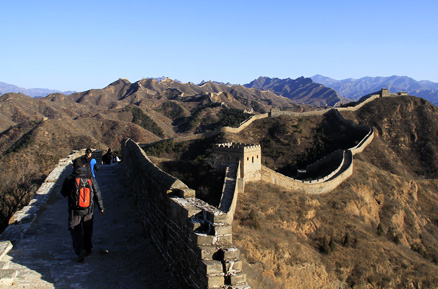 Heading on towards Jinshanling, walking on a restored section. 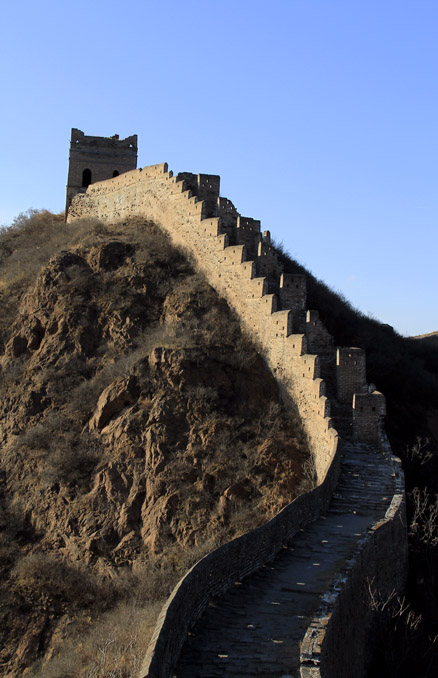 This photo shows the parapets that are unique to Jinshanling. The parapets, perpendicular to the main wall, provide cover for archers exposed from the hill below, and allow them to shoot down on attackers. 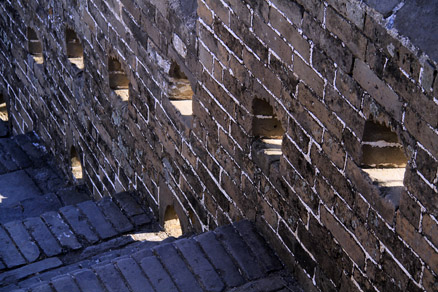 A closer shot of the loopholes made for archers.