2010 kicked off to a good start as we gathered and set out from Lido for Changping District. The Triangle Hike is closer to the city than others, and so we were out rambling across frozen fields before too long. We did this hike in reverse so that we could finish at the hot springs hotel; our route began on the side of the road at a bridge across a frozen stream. The fields had a light dusting of snow, and at one point the snow concealed a wide patch of ice that we could slide across on our shoes! The path continued through a small valley and then went uphill. There was one bare rock face on the trail that was a little treacherous because the snow had made it slippery, but we all made it over or around it.

After cresting over the first small rise, we went through chestnut orchards and up another, higher ridge. The trail was not as steep as the first uphill section, and so we had no major obstacles between the old pine tree and us at the top of the ridge. After reaching the highest point, we had a short break before making our way back down the other side. We passed by a milling stone in a village and then set out on a road that led to the Japanese-style hotel where we had a delicious meal and our guests took a relaxing soak in the hot springs. Refreshed and rejuvenated, we piled back onto the bus for the ride back into the city as the snow began to fall. 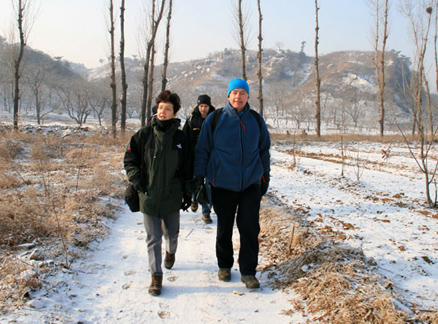 Starting off along a flat trail. 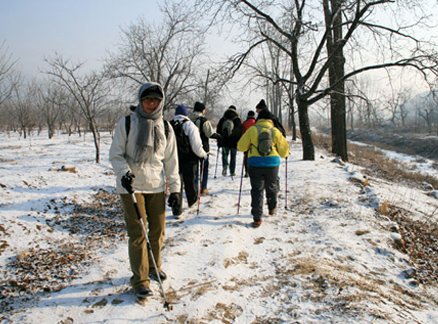 The trail led alongside a canal and had a light dusting of snow from the night before. 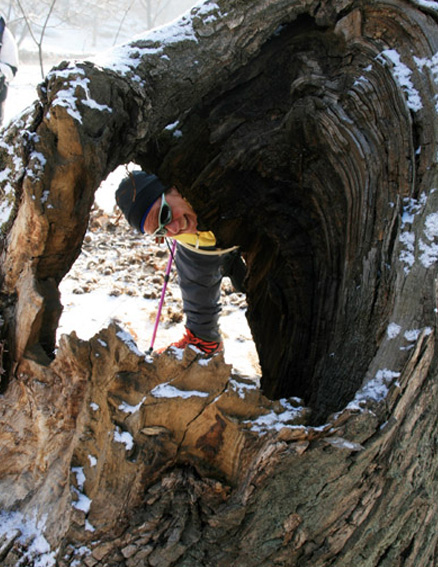 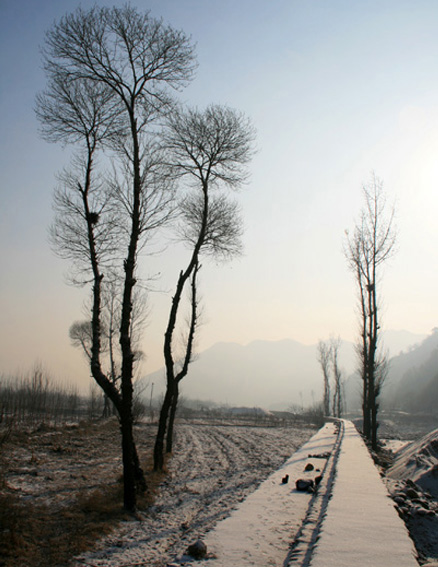 We headed towards the hills, passing bare trees. 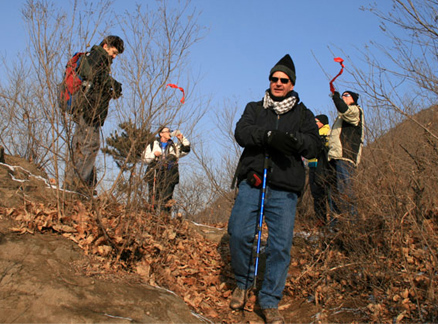 After crossing the saddle we headed down into another valley. 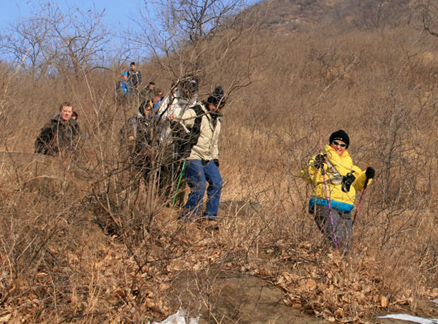 There wasn't much snow on this side of the hill. 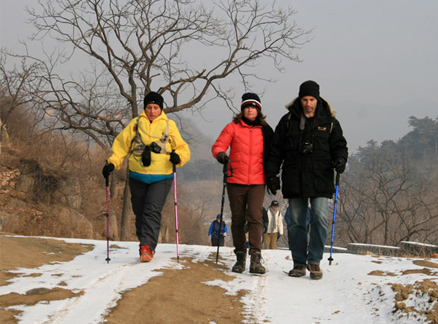 From here it wasn't far to the hot springs hotel. 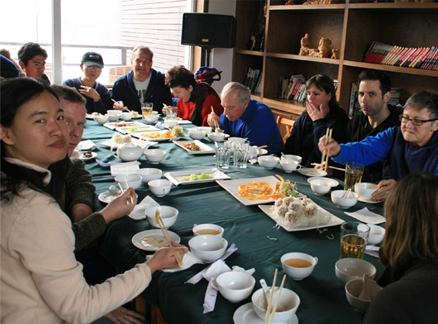 A full spread of food. 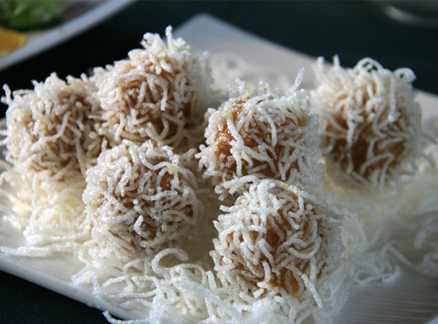 It snowed heavily the next day and we hiked in the same area - click here to see what the same hike looks like after 30cm of snow.