As we gathered and watched the blizzard at the Lido Starbucks, there was some question as to whether we’d be able to hike at all. We were concerned that the snow would shut down motorways and prevent us from safely reaching a hiking destination. However, we decided that we could do one of our closer hikes, and so we went back to Changping District for a good wintery romp. We began on the roadside not far from the Silver Pagodas, and started hiking along the automobile road, although the snow was so thick you couldn’t tell what surface you were walking on. At first, we were able to walk in the tracks left by vehicles that had passed by earlier, but the further we walked, the thicker the snow became, and before too long we were tramping through knee-deep powder!

We eventually left the roads entirely and set off along a country road that passed through chestnut orchards and eventually came to the mouth of a narrow gully. We went down through the gully, taking our time through the snow, which was half a meter thick and still falling, covering up rocks and tree roots that could easily trip an unsuspecting hiker. The trail eventually flattened out again and the gully widened out into terraces that we passed alongside. We eventually passed by the hot springs hotel and continued along the road, walking past several cars that were spinning their tires in the dry powdery snow. In total, we’d walked for nearly 13 glorious kilometers through conditions that made hiking more challenging, and overall the walk was a unique experience. We stopped at a country restaurant for some hot soup and warm drinks, and then boarded the bus for the drive back into the city. 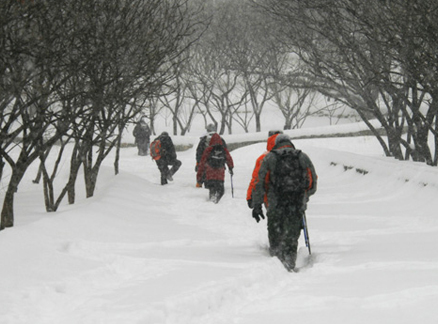 Deep snow on the path through the orchards. 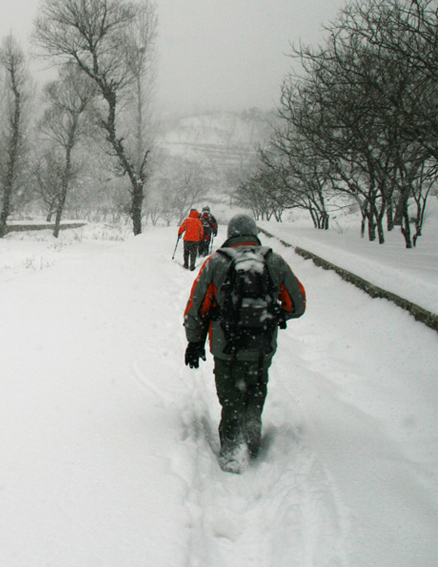 The snow fell thickly all day. 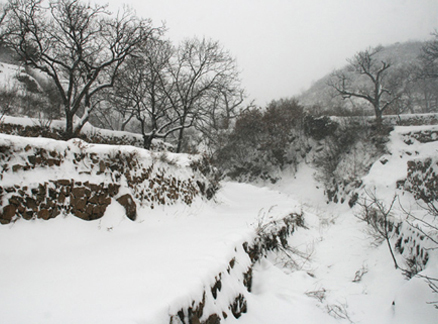 The terraced orchards of nearby villages were completely covered. 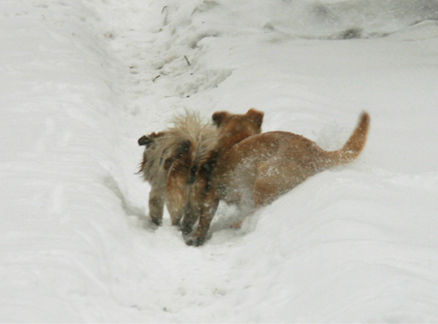 The little dogs were happy to play in the snow, sometimes disappearing completely after jumping into a deep drift of snow. 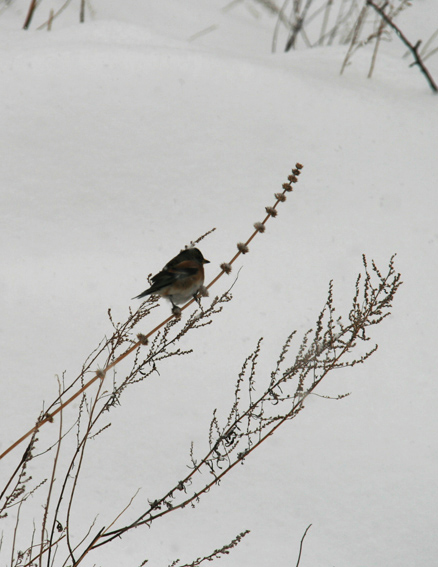 During the hike we saw many small birds foraging for food. 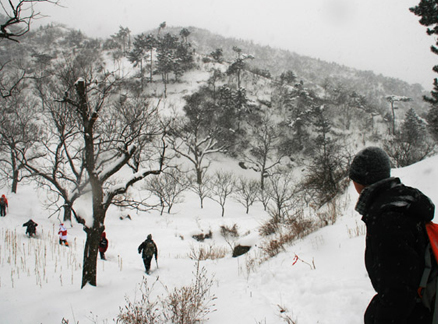 We descended through deeper snow into a valley. 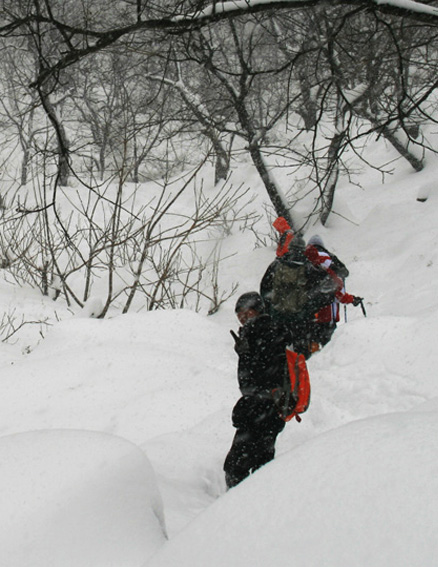 The trail followed a winding course through heaped snow. 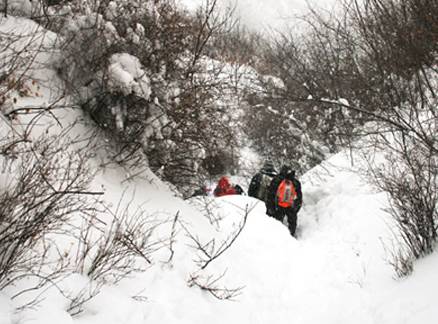 The path lead us down a thin ravine that was steep and slippery underfoot. 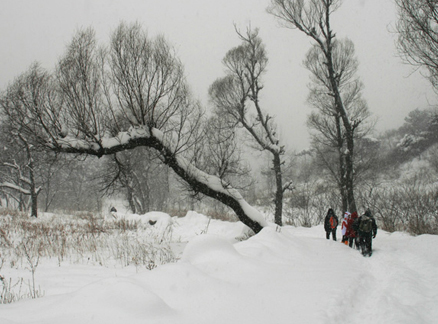 Snow was heaped on the boughs of trees. 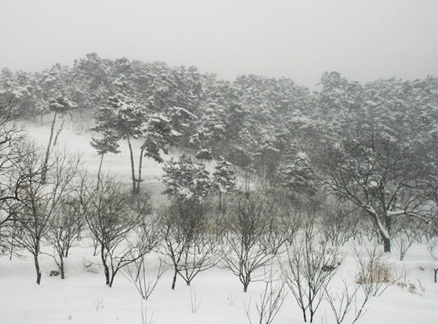 All the snow made a very pretty picture.