On a misty Wednesday at the beginning of December, we walked a stretch of the Huanghuacheng Great Wall. We started near the Huanghuacheng Reservoir, and walked up and over the hill, heading for the Walled Village.

The first part of this hike was quite tough, as the wall rose quickly to a peak before a steep climb down to an archway in a valley. From the valley, we climbed again, walking along unrestored wall until we reached the beginning of a hill trail that led us down to the Walled Village, a small village that has grown up in and around an Ming Dynasty-era (1,368-1,644 AD) army barracks. 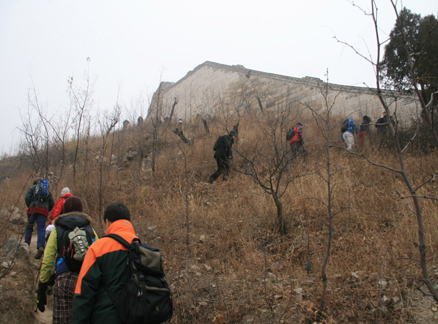 We climbed a hillside trail to reach an entrance in the side of the Great Wall at Huanghuacheng. 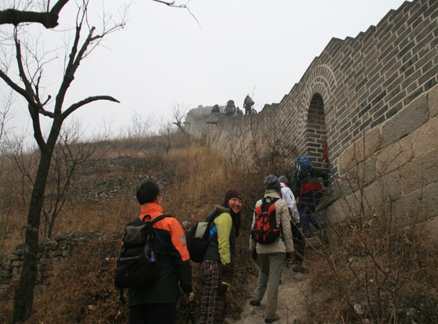 The Beijing side of the Great Wall has archways that allow defenders to climb on to it. 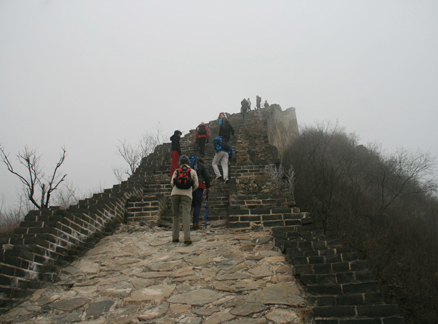 This stretch of the Great Wall has been restored, with bricks and stones replacing sections of rubble. 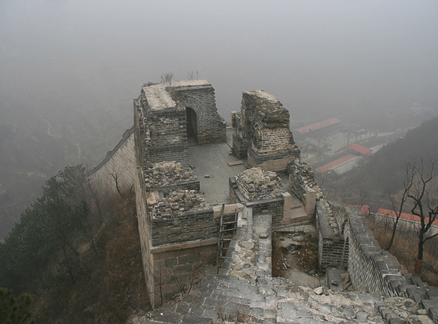 Looking back at the tower and archway where we climbed up on to the wall. There's a path on the north side of the wall (left hand side of photo) that allows you to evade an entrance fee, but you need to climb up that rickety ladder. 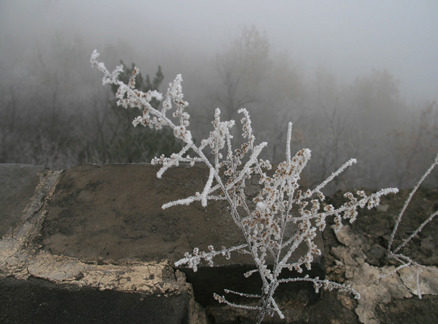 Frost on a branch. 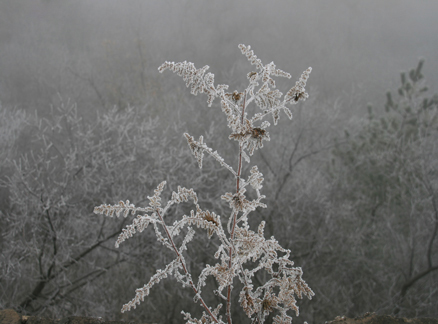 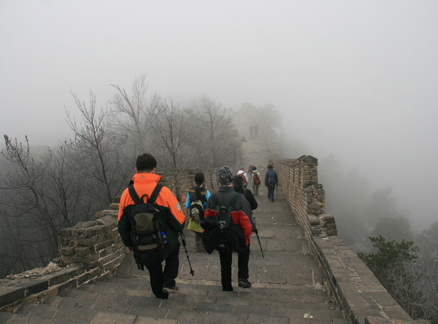 Walking down from the first peak of this stretch of the wall. 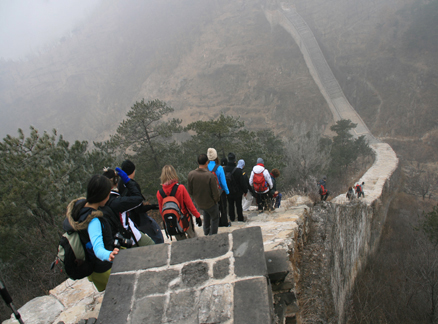 The wall descended steeply to a valley pass. 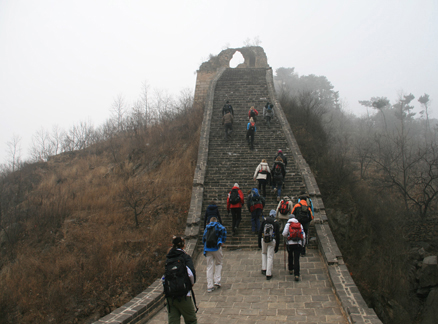 From the valley we headed up again. 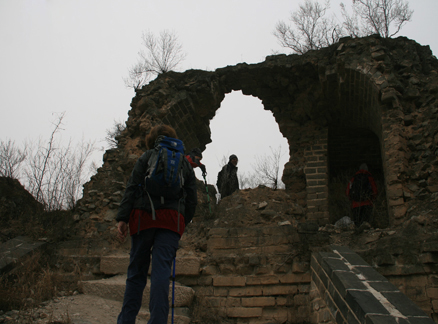 A partially ruined tower on the Great Wall. 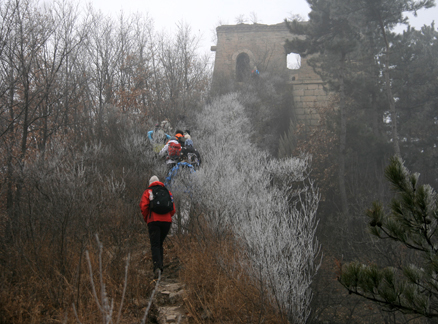 Our path was lined by frost-covered bushes. 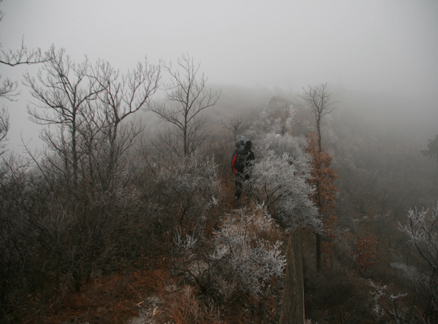 We headed on along the wall on the way to the Walled Village. 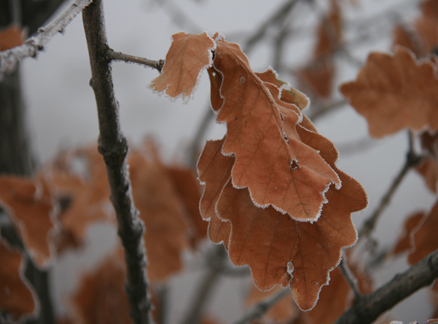 Frost on a leaf. 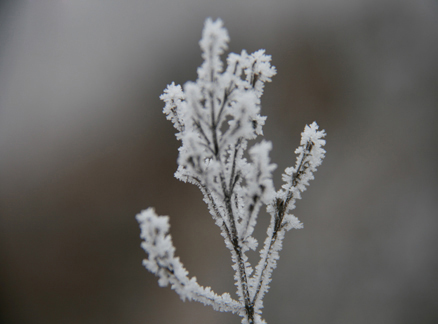 Crystals of frost on branches. 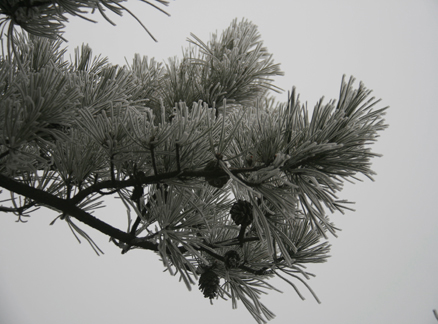