In November 2010 we went to Yunnan on a scouting trip, visiting the area around Lijiang before heading on to Shangri-La. As usual, we took a lot of photos!

The purpose of the scouting was to figure out what areas were most interesting to visit, and where we could do a bit of hiking as well. We'll be doing a 4-day trip to Lijiang and Shangri-La in November 2011 - the photos below will give you an idea of what there is to see down there!

Lijiang area
Lijiang is a small city (as far as cities in China go!) surrounded by mountains in the north west of Yunnan Province. Lijiang is most famous for its rather commercialised Old Town, but there are also smaller 'old towns' nearby in which you can get a look at the day-to-day life of people in the area as you wander the streets and country lanes. 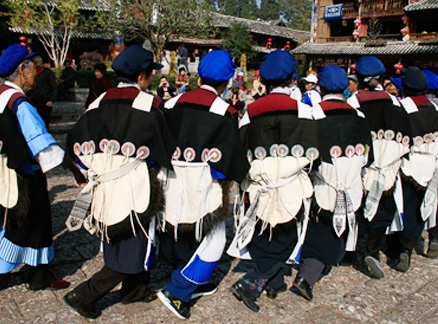 Elderly ladies of Lijiang dance in the main square of the Old City. 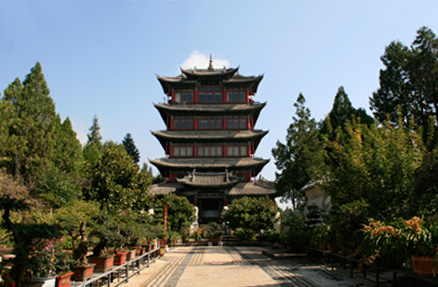 The pagoda on top of Lion Hill, Lijiang Old City. 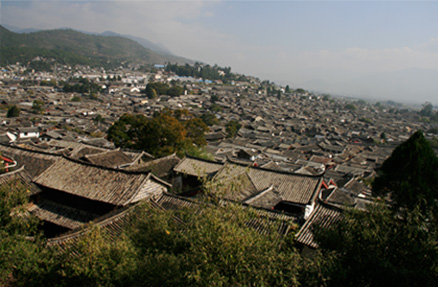 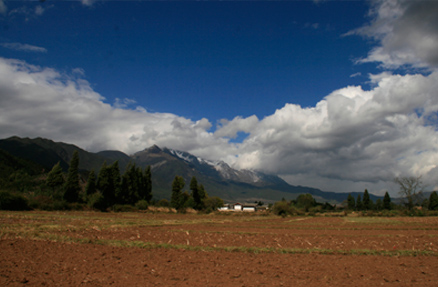 Views of fields and mountains north of Lijiang. 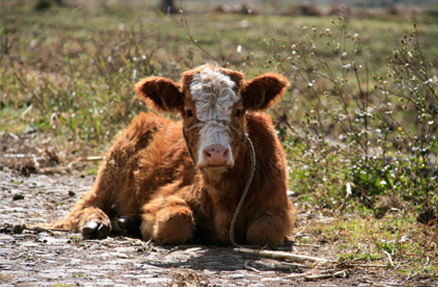 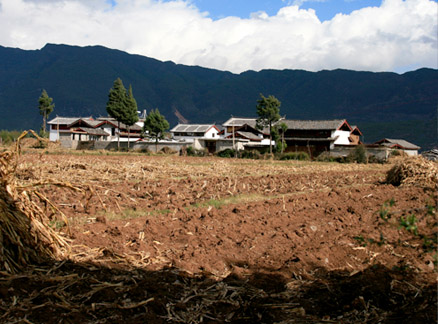 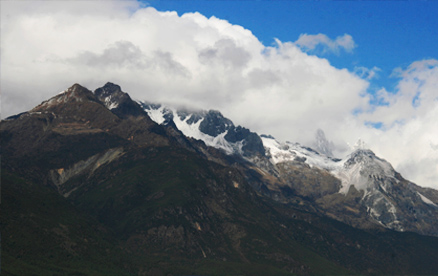 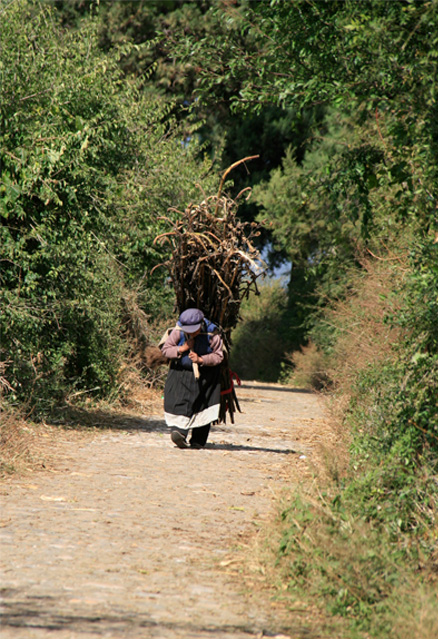 A Naxi woman carrying firewood in the country lanes to the north of Lijiang's Shuhe Ancient Town. 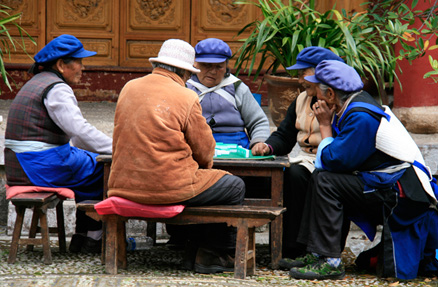 A game of majiang on the streets of Shuhe Ancient Town. 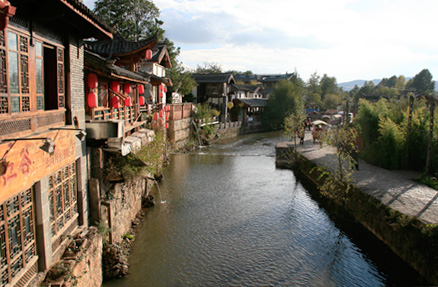 A river runs through the ancient town of Shuhe, north of Lijiang. 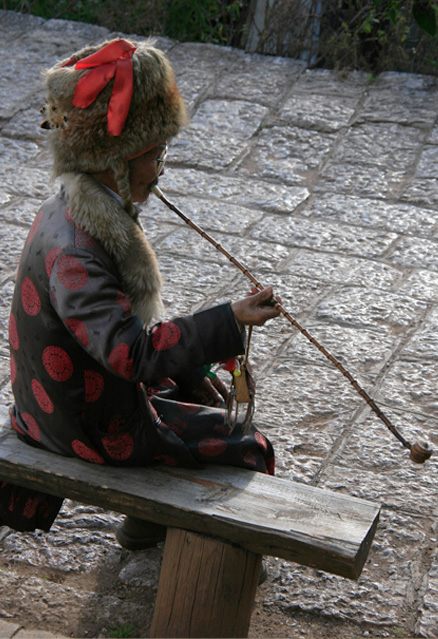 A fancy hat and a long pipe, Shuhe Ancient Town. 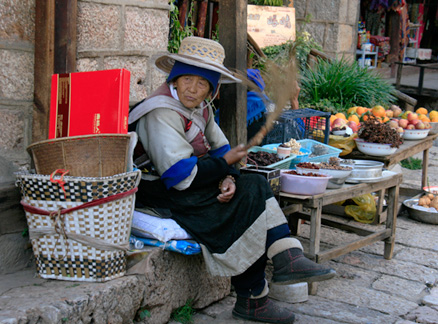 Fruit on sale on the cobbled streets of Shuhe. 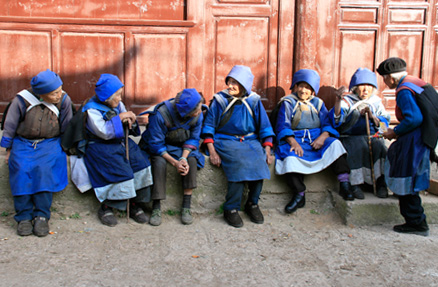 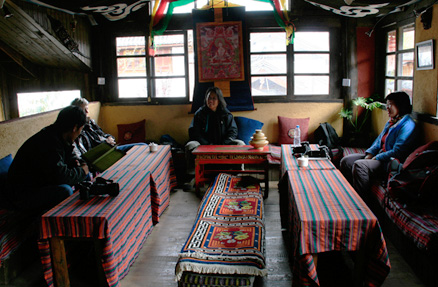 Relaxing in a guesthouse in Shuhe, Lijiang. 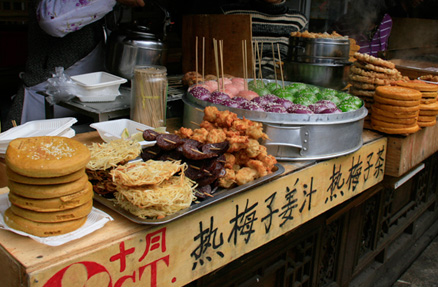 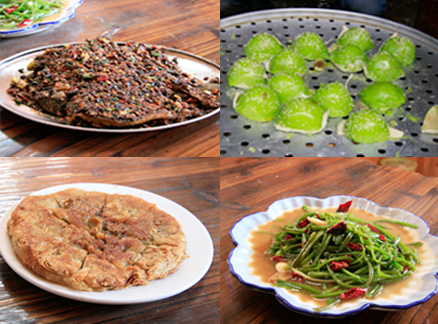 Shangri-La area
There are quite a few places named Shangri-La these days; we drove out and visited the Shangri-La formerly known as Zhongdian. 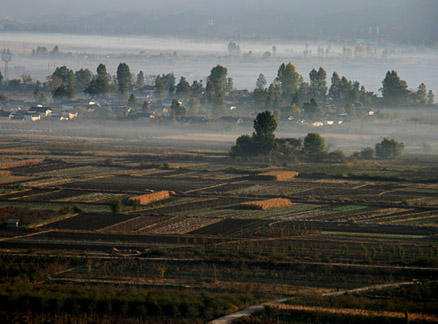 Mist covers fields below the road to Shangri-La. 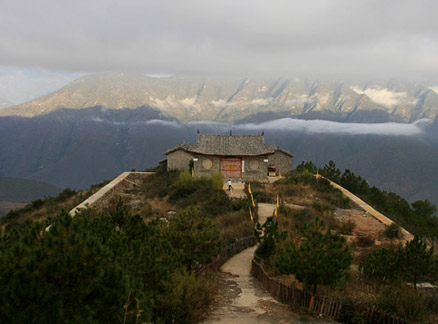 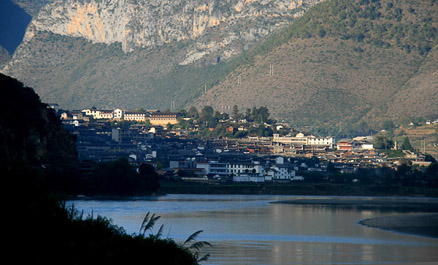 A lakeside settlement, passed on the way to Shangri-La. 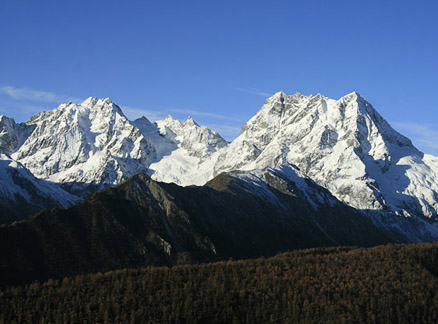 A view of Meili Snow Mountain. 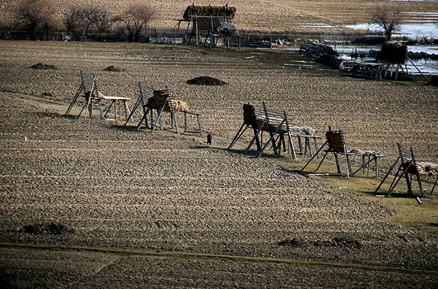 The platforms that look like giant chairs are used to keep things dry during floods. 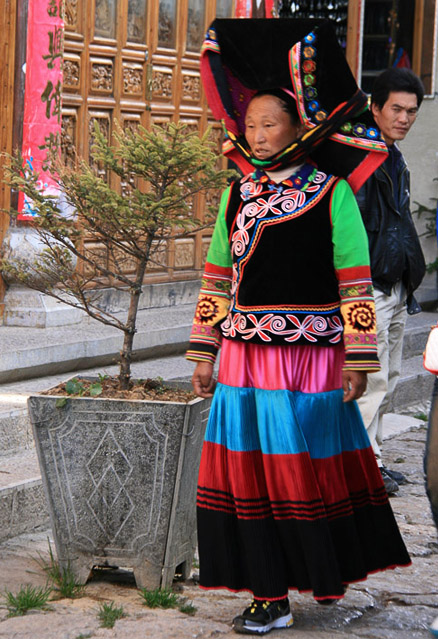 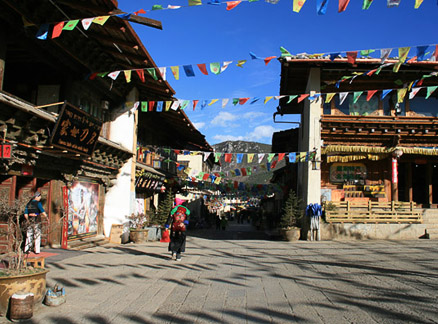 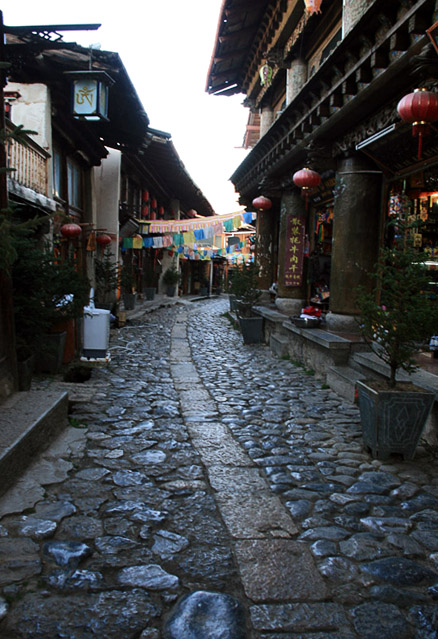 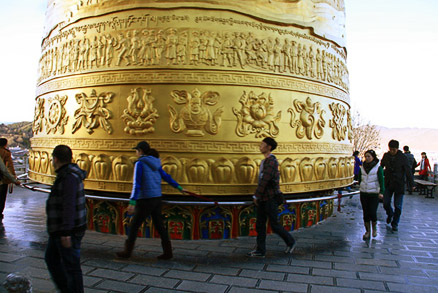