Tanzhesi was constructed in the Jin Dynasty (265-420AD), which makes it around 1,700 years old. The temple covers an area of 6 hectares, and is said to be the oldest temple in the Beijing area, even older than Beijing City. Many of the buildings that can be seen in the temple were built during the Ming (1368-1644AD) and Qing (1644-1911AD) Dynasties, but pagodas and other structures from the earlier Jin and Yuan (1271-1368AD) Dynasties still remain, including two 'Emperor Trees' that were planted roughly 1,000 years ago.

Before looking around the temple we did a bit of hiking in the hills nearby. The hike began with a vigorous climb through a forest to Ingot Village, where we examined the top-heavy rock for which the village is named. We made our way through quiet lanes and peeked into empty houses before reaching the village cemetery. A little ways past the cemetery we began climbing up into the terraced hills, where our guide showed us an enormous cave, the entrance to which was not easy to find. The cave was spacious of enough for a dozen people to stand up in! After exploring the cave, we kept heading up the hills to a trail that took us back to the beginning of our hike, near the Tanzhe Temple.

A side-trip to the temple gave us the opportunity to enjoy the peaceful atmosphere, beautiful art and architecture, and some very impressive trees. The hike ended with a brief visit to the temple complex’s Lower Pagoda Forest, which boasted pagodas of several different styles, including Japanese and Tibetan. After a delicious lunch at a local restaurant, we returned to the city. 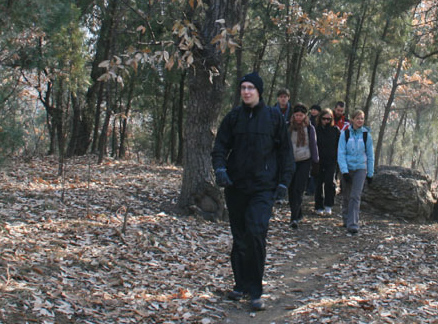 We walked a trail through the woods at the beginning of the hike. 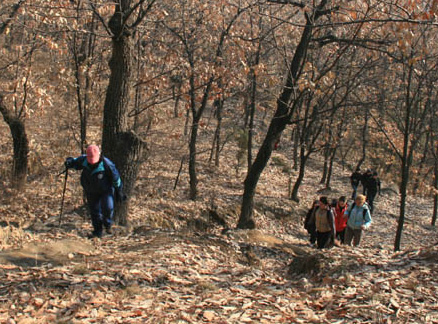 For a while the climb was quite steep. 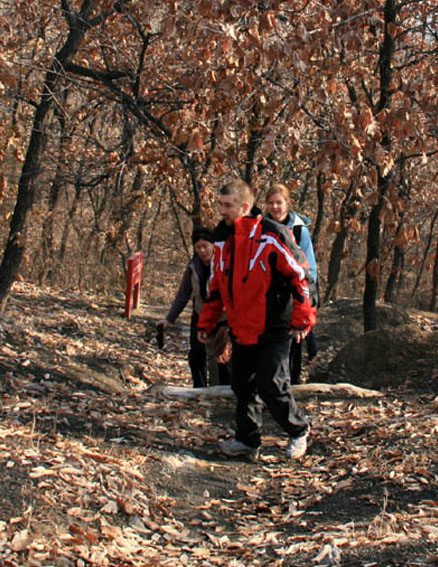 Autumn leaves were still on the trees. 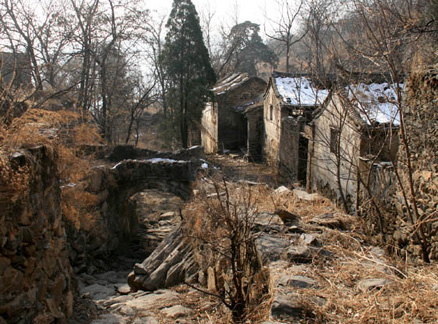 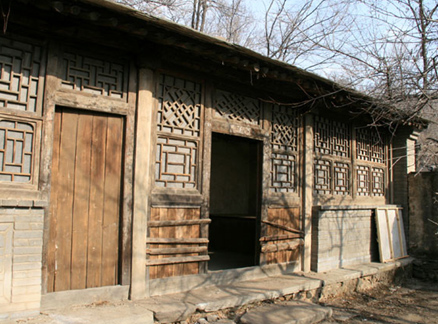 Despite being abandoned, many houses were still in good condition. 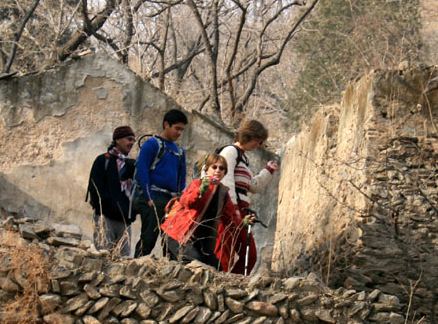 The village had many alleys and paths, and must have been a pleasant place while still inhabited. 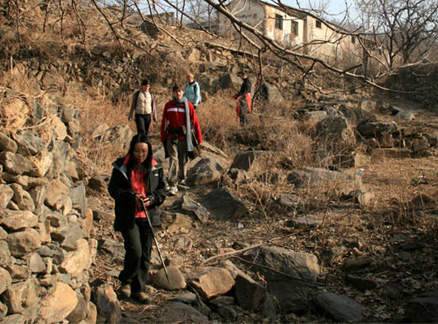 We followed an old river-course down and out of Ingot Village. 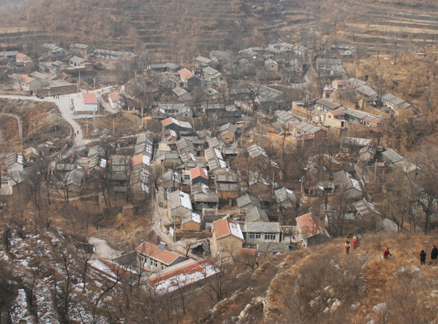 The trail lead down past this village, and then up into the hills again. 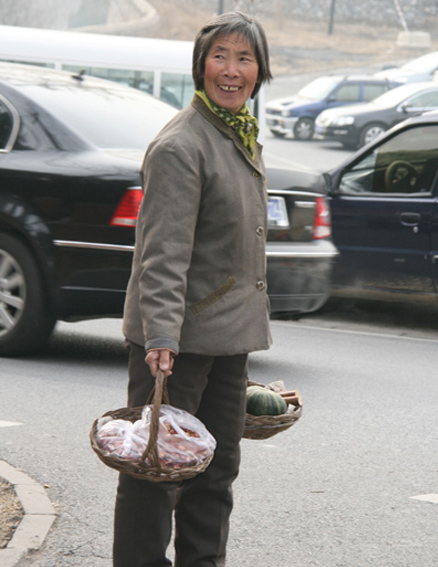 This lady was selling dried hawthorne (spice up your tea a little!) and some pumpkin, and was very happy to make a sale to Huijie. 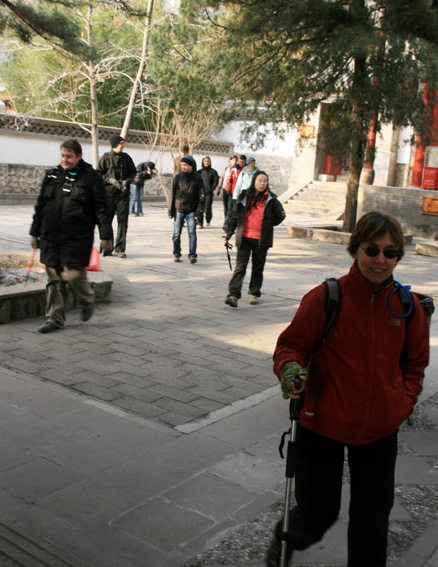 After hiking, we took a tour of Tanzhe Temple. 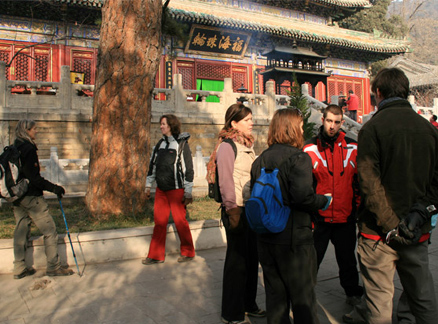 Incense burned outside one of the halls. 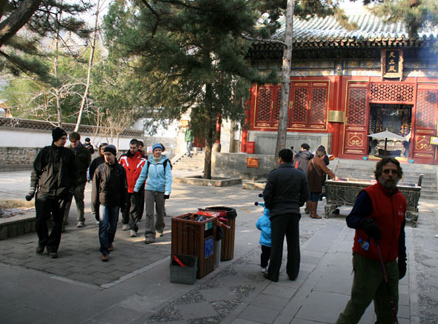 Another of the courtyards in Tanzhesi. 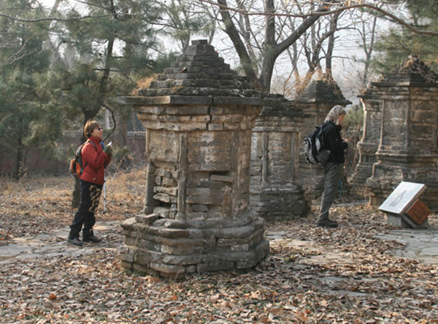 After visiting the temple we took a look around a nearby pagoda forest - under each pagoda, the cremated remains of a monk; the more important the monk, the bigger the pagoda.