On November 28th we went out to Yanqing District and visited one of the highest towers on the Great Wall in the Beijing area.

Near the beginning of the hike, we skirted along a reservoir that was entirely frozen over by a thick sheet of ice that groaned and rumbled as we walked by. After a good climb up and a brief traverse along a ridge, we scrambled on top of the tower, had lunch, and started making our way back down the other side.

The first part of the descent was quite exciting; the section of wall leading away from the tower was unsafe to go down, and so we took an alternate, parallel trail through the brush. It was rather steep and the well-packed snow made the path quite slippery, and as a result we spent a good amount of time sliding down on our bums! Once back on the Wall, we picked our way down a section to the bottom of a saddle. The last part of the descent was beautiful. We dropped off of the Great Wall and headed down the ridge on a snow-covered trail. The snow had firm crust that would give away unexpectedly beneath our feet, putting us knee-deep in the cold white powder!

The trail eventually came to a rural road that took us to meet the bus by a small village temple. As always, we concluded the hike with some well-deserved refreshments before heading back into the city. 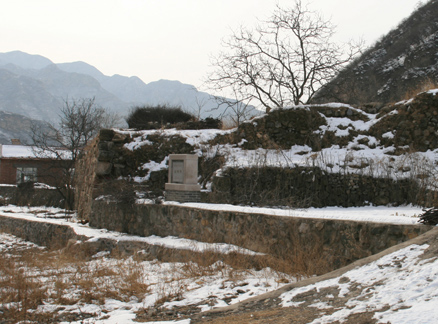 The village where we began the hike was an important outpost in the Ming Dynasty; some defensive walls still remain.

We walked past a frozen reservoir. 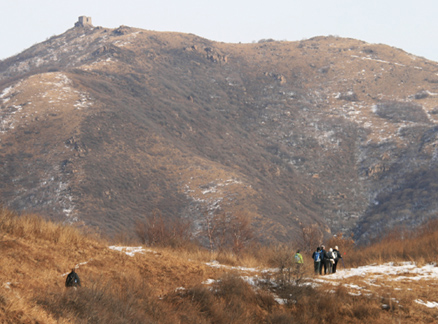 We took a round-about trail to get to the High Tower (visible on the ridgeline). 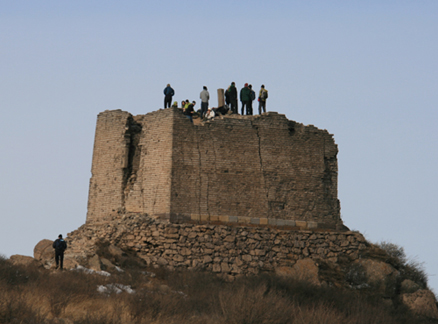 On this day we were the only people at the tower. 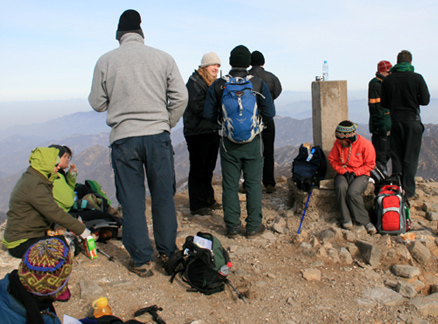 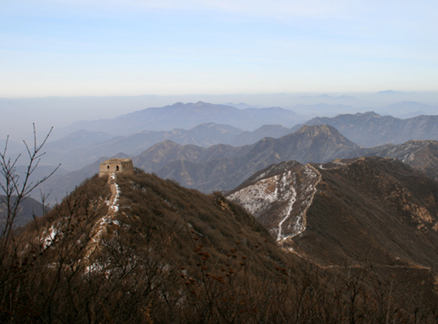 The view north-east from the high tower. 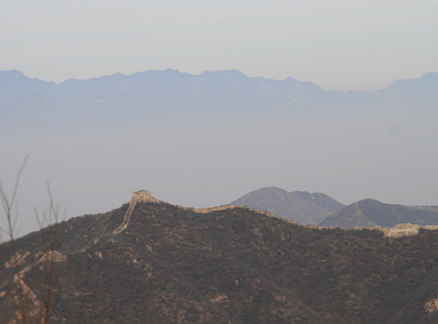 The Guanting Reservoir basin was filled with mist*, but the mountains beyond could still be seen. 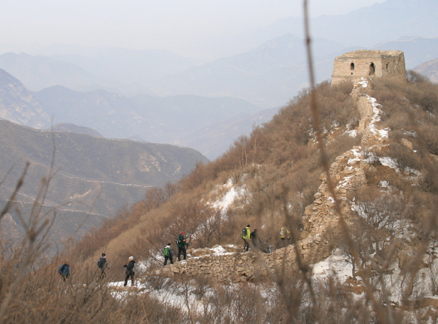 We followed this section of the wall for a little while.

This steep descent was slow and not much fun. 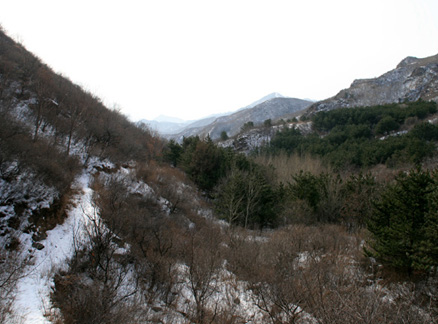 A lot of the hill trails were covered with snow. 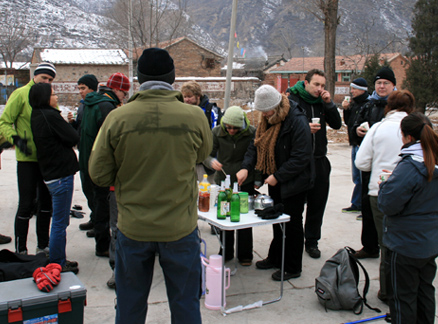 This was one of the few hikes where demand for hot tea was higher than that for cold beer.

* As composition of mist was unknown, 'mist' may be a euphemism.