At the start of this hike in Huairou county north of Beijing, our group met Mr. Mao, our guide, near a village and started hiking through a valley filled with fruit trees. After this relatively flat and easy section we made some short steep ascents, which soon brought us on top of a ridge. From there we got good 360 degree views of the surrounding hills, which were quite verdant even in spite of the dry weather throughout the area during the winter and spring.

We continued hiking along the ridge toward a wall of high peaks but later made a steep descent into a shady valley. We had some snacks there before making a leisurely stroll to the end point of the hike. This was followed by a hearty, filling lunch at a restaurant in a village not far from the base of a section of Great Wall before we returned to the city. 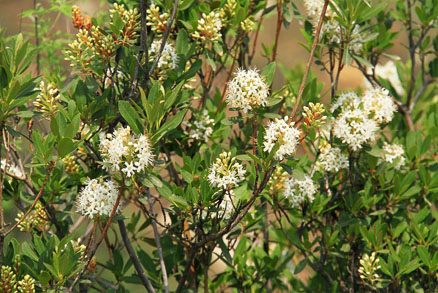 These clusters of tiny, beautiful flowers were seen along the way. 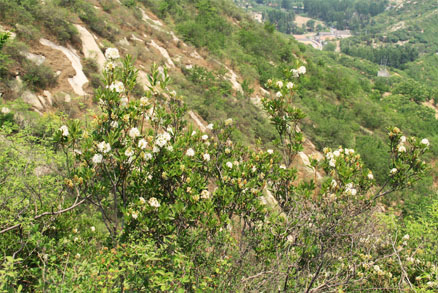 They bloomed in bushes up on the ridge overlooking a nearby valley. 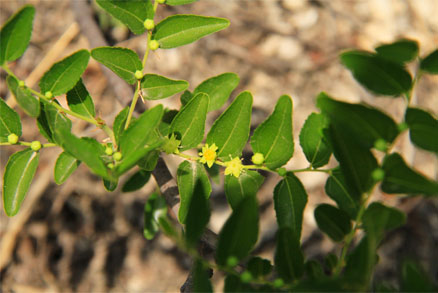 There were also yellow buds and flowers in bloom. 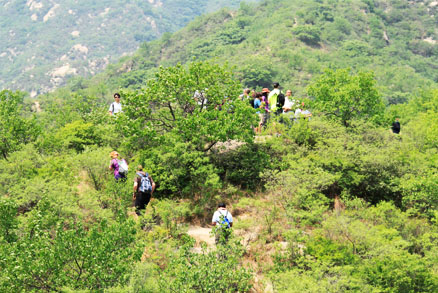 Our group made its way along the top of a ridge overlooking two valleys and a section of Great Wall up on a high ridge. 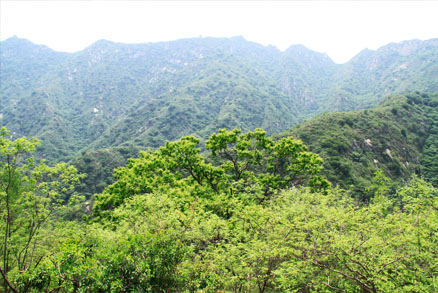 A view of one of the nearby hillsides as seen from the top of the ridge. 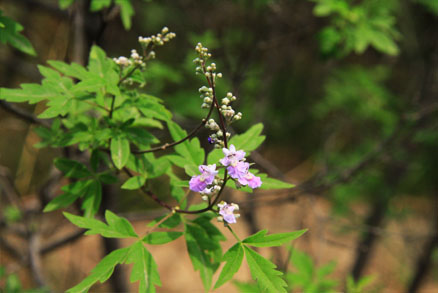 Some of the trees, like this one with purple flowers, only start to bloom in the summer. 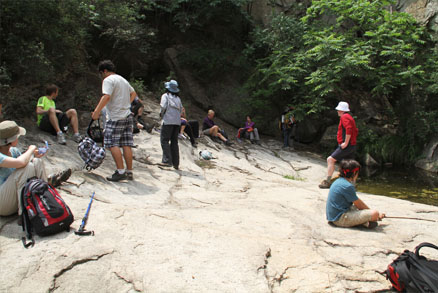 A short break near a shallow pool at the head of the valley. 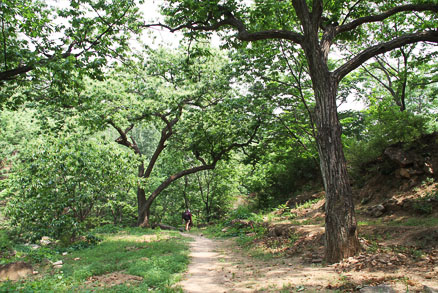 A view of the easy part of the hike through the valley. 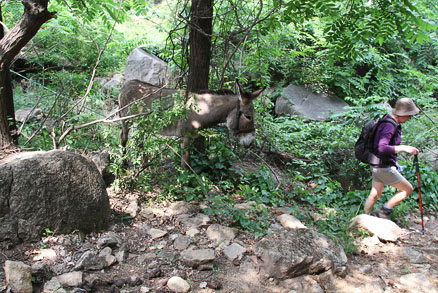 A hiker strolls past a donkey in the valley. Further up the valley there’s a corral where local farmers keep their donkeys, which are still frequently used in the villages. 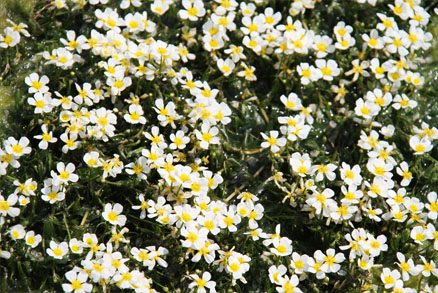 These lovely flowers carpeted a small area in the valley.