Ancient Horse Hoofprints hike
On this hike we started from Tanzhe Temple in Mentougou, and then followed a long trail through the hills. Along the way we walked through Ingot Village for a look at an old temple site, then continued on through the mountains to arrive at an all-but-abandoned village, inhabited by a few people and some two thousand chickens. From there, we hiked up to the site of the 'horse hoofprints,' before heading downhill, passing an abandoned hotel complex and old mines before walking out through a village to meet our bus. 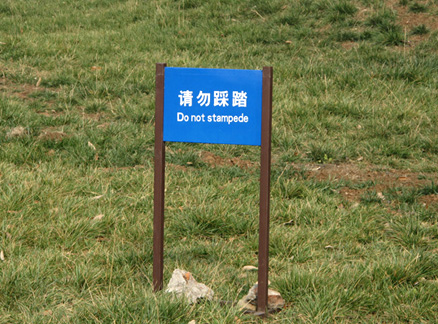 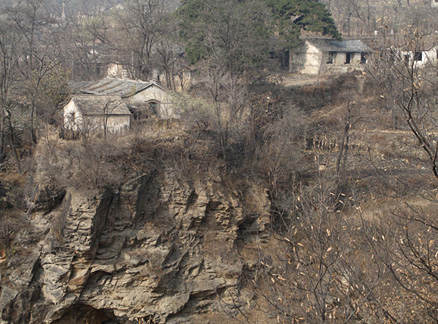 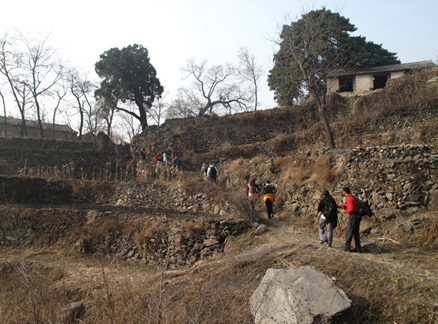 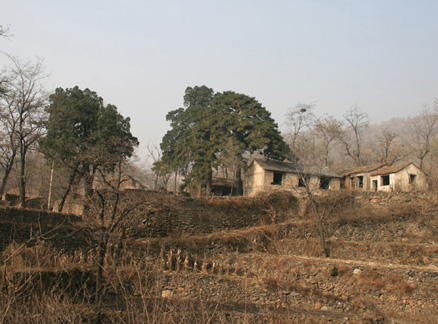 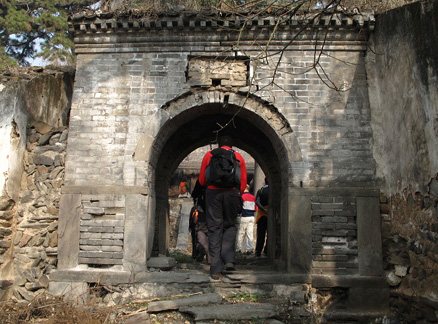 The entrance to the old temple at Ingot Village. 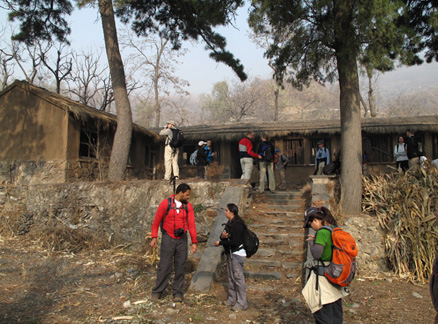 Originally a temple site, the rooms were also used for a school. 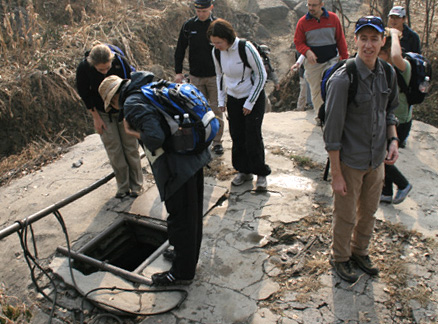 The well at Ingot Village. 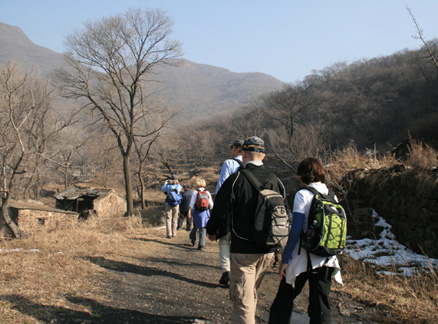 Approaching the abandoned village where we had our lunch break. 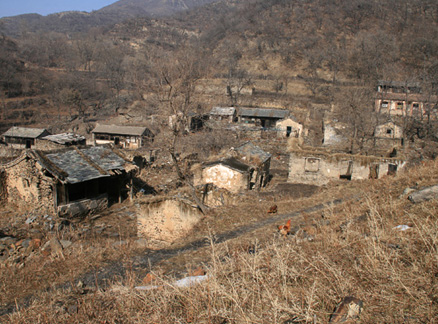 The Village of Two-Thousand Chickens. 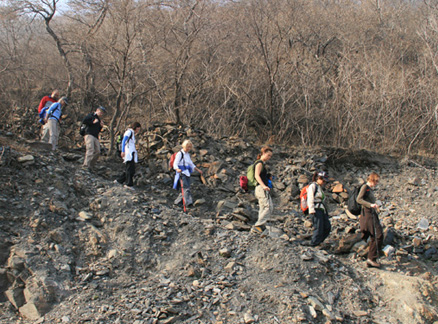 The end of the path down from the hoofprints. 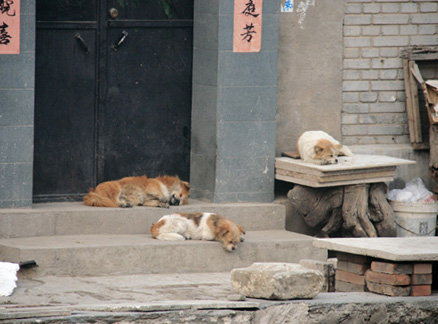 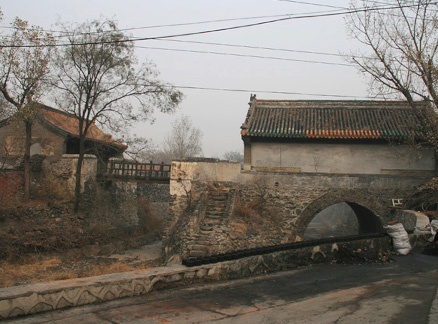 An old opera stage that bridges a dried riverbed.

Hall of Ten-Thousand Buddhas hike
The weather could have been a lot better for this trip, but we braved the smog to take a look at the ruins of the Village of Ten-Thousand Buddhas and the temple of the same name, before taking a walk along a ridgeline and pilgrim trail. Besides the old walls, not much of the temple remains apart from some carved tablets and broken statues - it would have impressive in its day though, covering an area of approximately fifty square metres and looking as though it would have been a multi-storey structure. 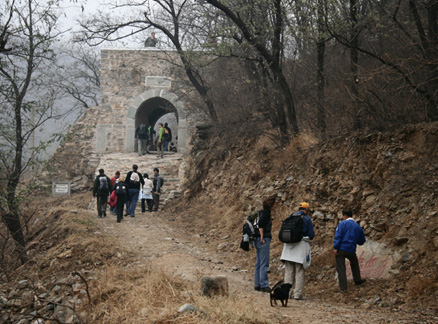 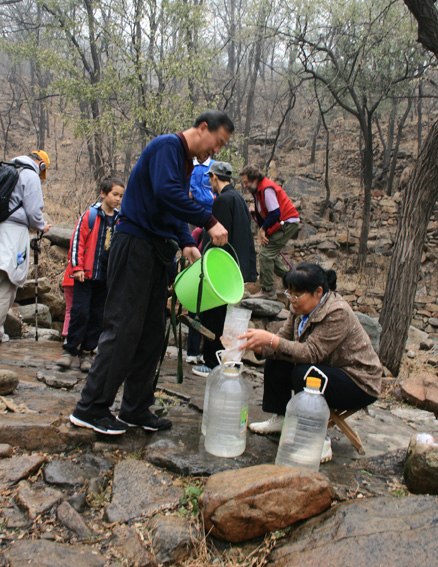 These two were collecting water from the secret spring near the village ruins. 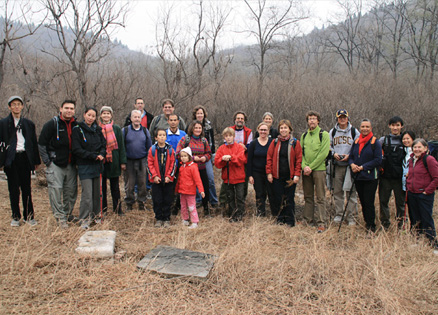 Not far from the temple. 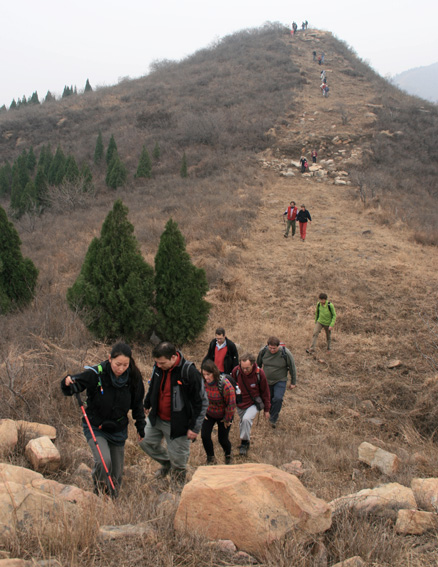 Climbing up the firebreak trail.