For this walk in Pinggu, we added extra kilometers by starting at a village some distance away from Yaji Mountain and its temples. A short, steep ramble up and over a ridge put us into a valley. Following a road along the valley floor, we passed by several farms and at one point had to crawl under a large metal gate that was left over from an old development project. The road led to a village at the foot of the mountain. From this village, it was plain to see from whence the mountain gets its name. The two temples at the peak make the entire profile of the mountain resemble a hairstyle that used to be popular among young girls, or “yatou,” in ancient China; the temples resemble two buns on the top of a girl’s head, or in this case, a mountain.

After visiting a temple in the village and having a lunch break, we climbed Yaji Mountain and visited two more temples lining the stairway up the mountain. From the two main temples at the top of the mountain we took in the panorama of the surrounding countryside and were able to see where we had come from as well as where we were headed. We departed from the temples and followed a dirt trail on a ridge from the opposite side of the mountain that we had ascended. It led us to the slopes facing Yaji Mountain. Following the sidehill, at one point we skirted around a section of barbed wire fence that was strung across the trail. We continued on, passing by a decrepit observation tower and starting our descent back down towards the base of the mountain. The trail took us by a hotel that is under development as well as through some farmers’ fields. Our 18-kilometer walk ended back in the village at the foot of Yaji Mountain, where we enjoyed beer and snacks before heading back to Beijing. 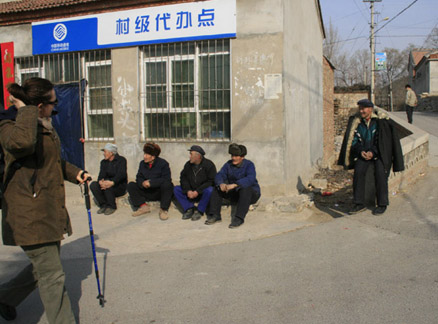 Elderly gentlemen enjoying the sun in a village. 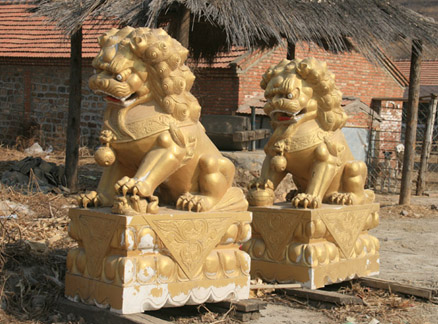 Somewhere in China is a factory that must specialise in making ornaments for use in parks. 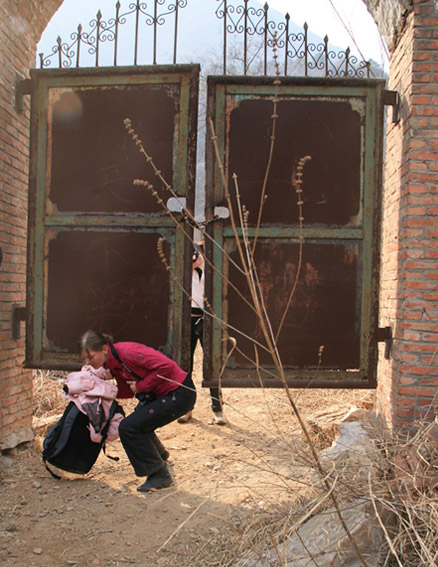 We had to duck under a gate: many countryside parks close down over winter. This park is still 'under development.' 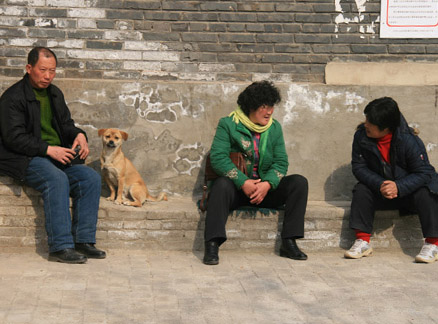 More people enjoying the sun on the side of a village street. 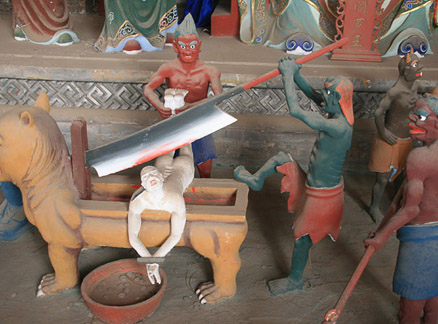 In one of the temples at Yajishan there are large models that depict scenes in Daoist literature - we're not quite sure why this fellow is getting the chop though! 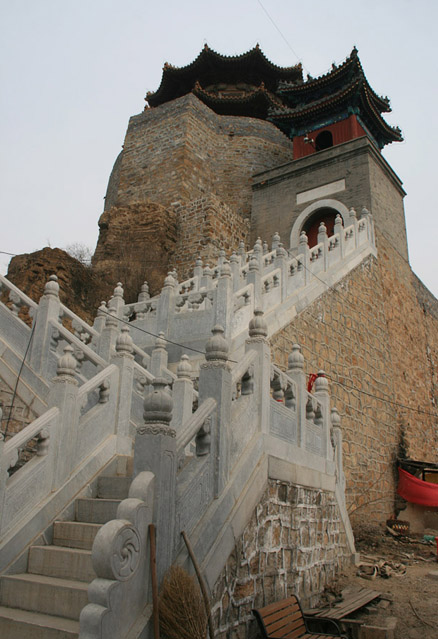 One of the two temples on the peak of Yajishan. 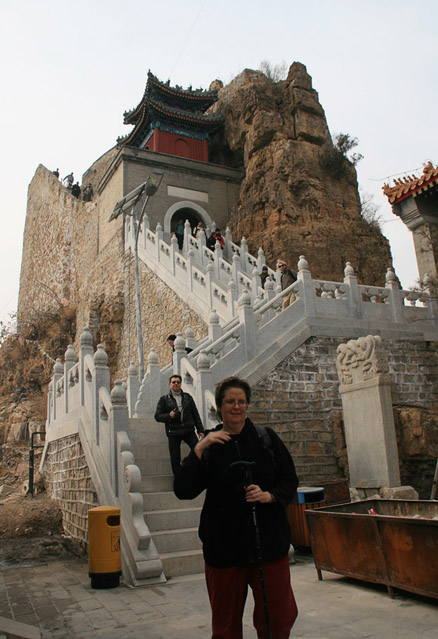 The other of the two temples on the peak of Yaji Mountain. 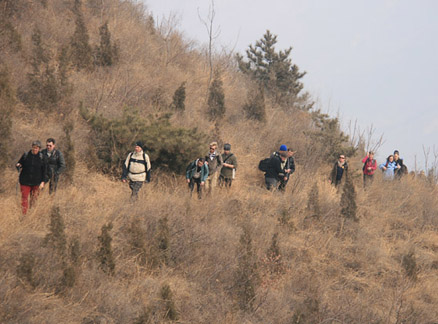 After visiting the temples, we continued on along a hillside trail, making a long loop around Yajishan.