For this birding trip we headed out to the Miyun Reservoir, accompanied by expert birder Terry from Birding Beijing. The birds were bountiful, and it was a great weekend of spotting.

On the first day we moved between several good lookouts by the reservoir, seeing plenty of birds before retiring to a countryside guesthouse for a big meal and a bonfire.

On the second day we woke up early, and were rewarded with the superb sight of more than 400 Common Cranes flocking. As well as the cranes, we saw big flocks of Mallards, Tundra Bean Gesse, and Black-Headed Gulls.

Over the course of the weekend, we reckon we spotted 64 species of birds, a new Beijing Hikers bird watching record! 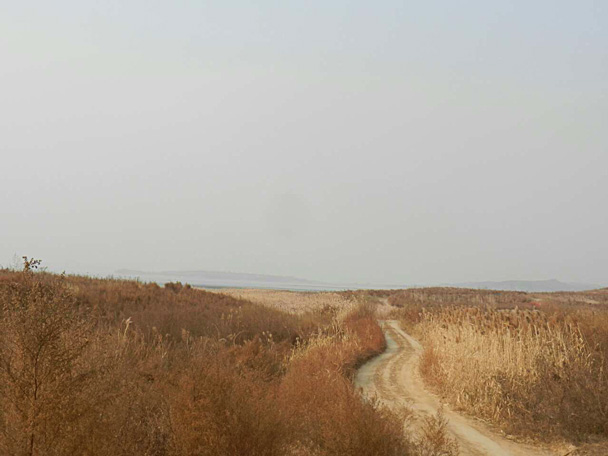 A dirt trail took us to the birding spot beside the reservoir. 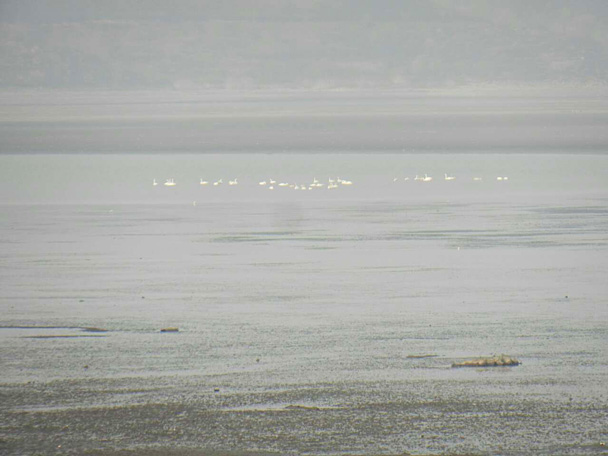 Far away we were able to see a small group of swans. 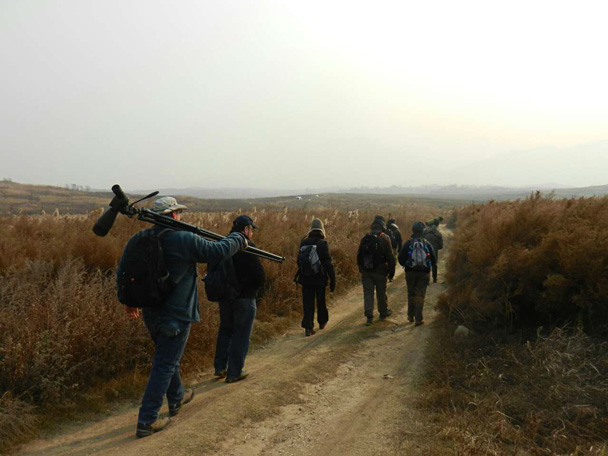 Moving on to the next spot. 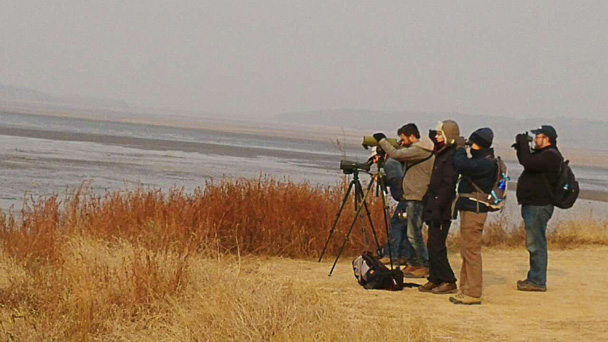 We set up here at the edge of the reservoir. 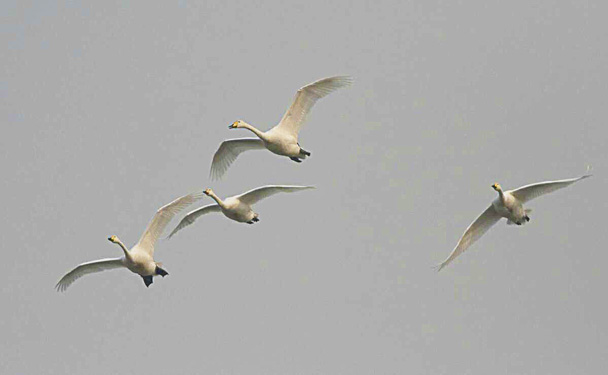 A group of Whooper Swans passed over of us. 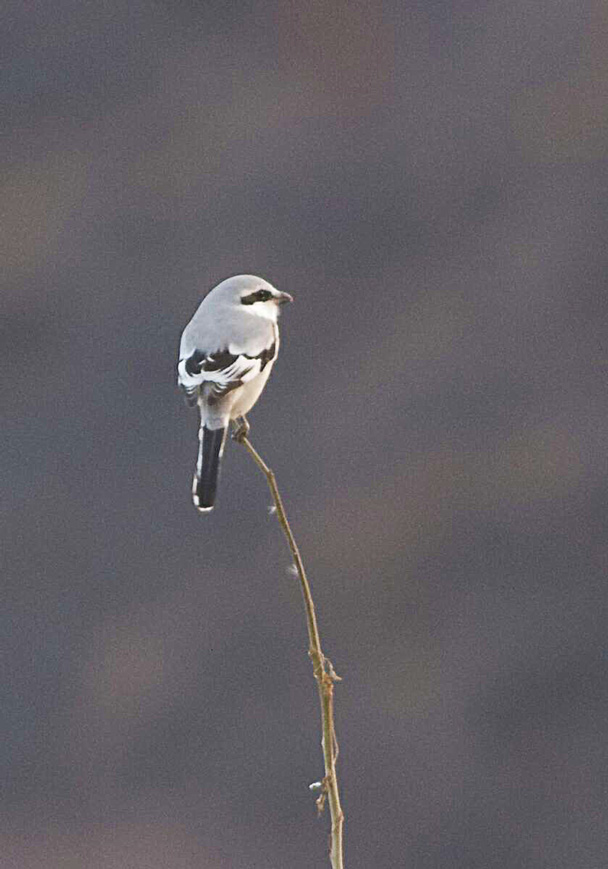 A beautiful Chinese Grey Shrike standing alone on the branch. 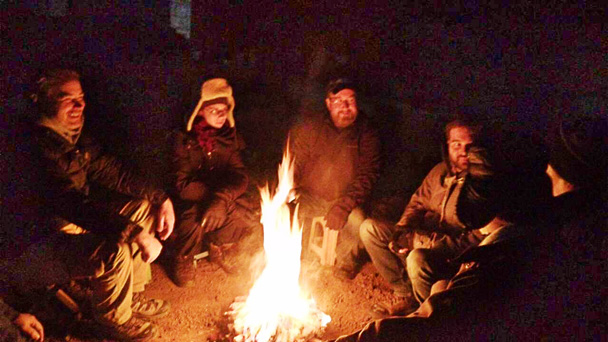 Sharing good stories around the bonfire at night. 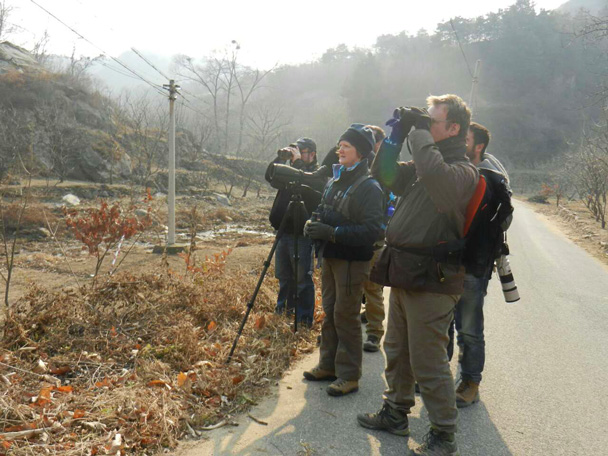 On the second day while walking around the village, we found some birds hiding in a bush. 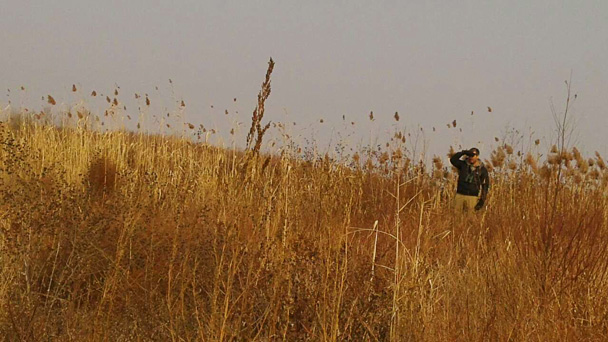 Birding expert Terry blending in with the grass. 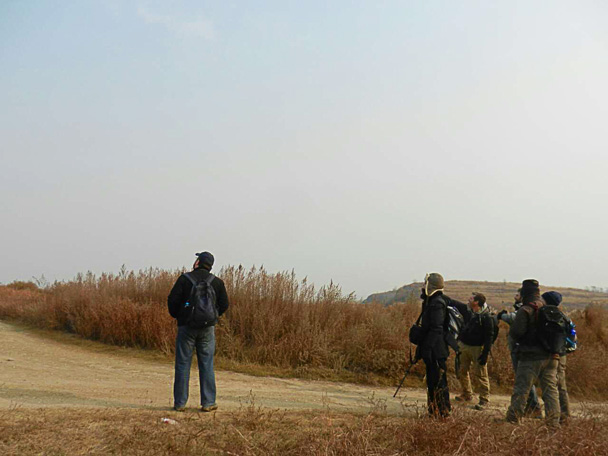 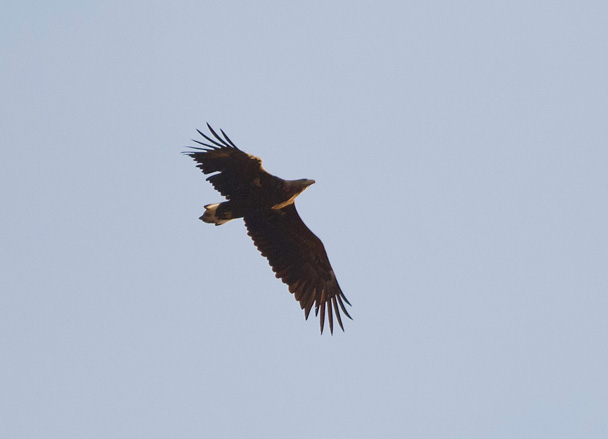 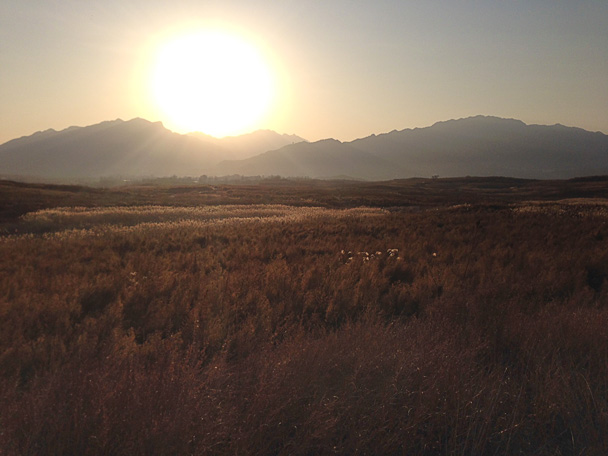 Bonus: a nice sunset before heading back to Beijing.