On this hike we started off on the Gubeikou Great Wall, and finished up in a countryside settlement named Hemp Village.

The name Gubeikou means “Old North Entrance” and this part of the wall dates back to the Ming dynasty, which lasted from 1368-1644 AD. It has not seen much restoration work, and parts of the wall and its towers are starting to crumble.

We met our local guide at the "Twenty-Four Eyes" Tower, which used to have six big windows at each side. Half of the tower was blasted off during a battle between Chinese and Japanese soldiers in 1933, so "Twelve-Eyes" Tower may now be a more accurate name.

From the tower we headed down to Spider Valley and Hemp Village. Unfortunately (or not!) we didn’t see the legendary spiders in the valley. We did see goats and other animals in Hemp Village, and unfortunately (for the goats!) we also saw a little mutton on our table at lunchtime! 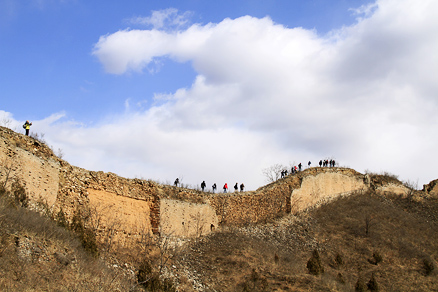 Hiking on the ridge of Gubeikou Great Wall under the clear and blue sky. 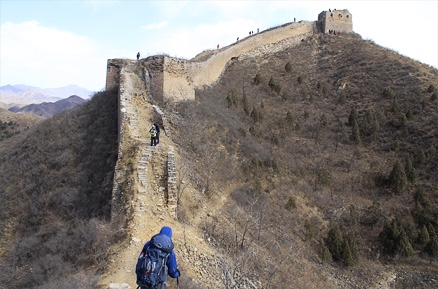 We followed the unrestored Great Wall up to a tower. 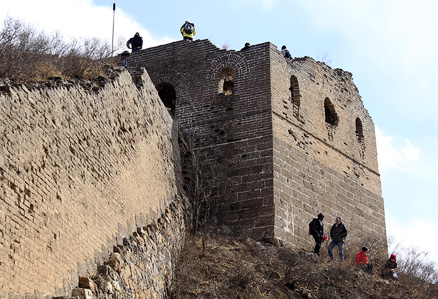 We stopped to enjoy the views from the tower, and took the opportunity for a snack break as well. 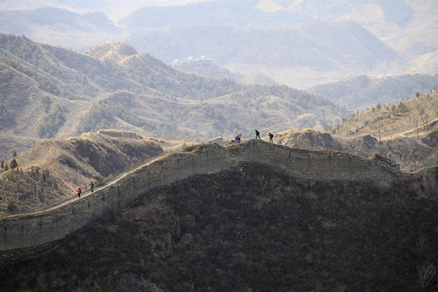 Following the wall along the highest ridgelines in the area, we had great views. 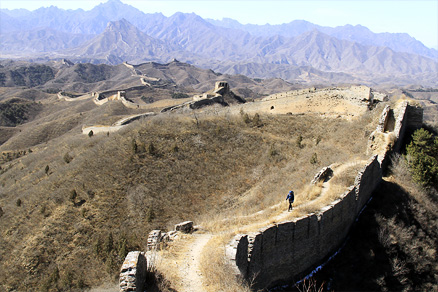 A view back towards where we began the hike. 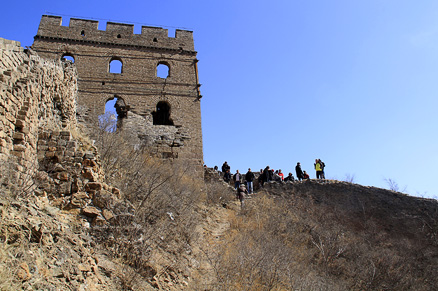 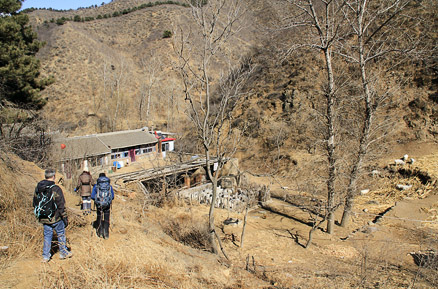 The trail down from the wall led us down into a village in a deep valley. 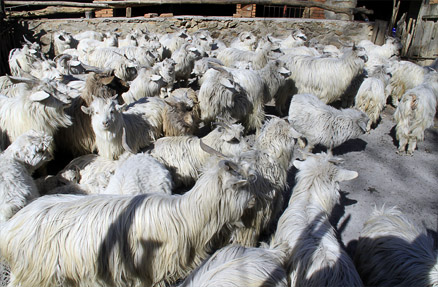 These goats belong to our local guide. 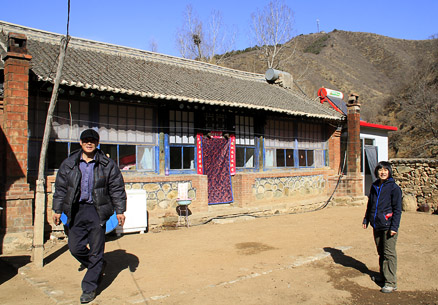 Our local guide (left) and Susy (right) enjoying the sunshine in the courtyard of a country house.